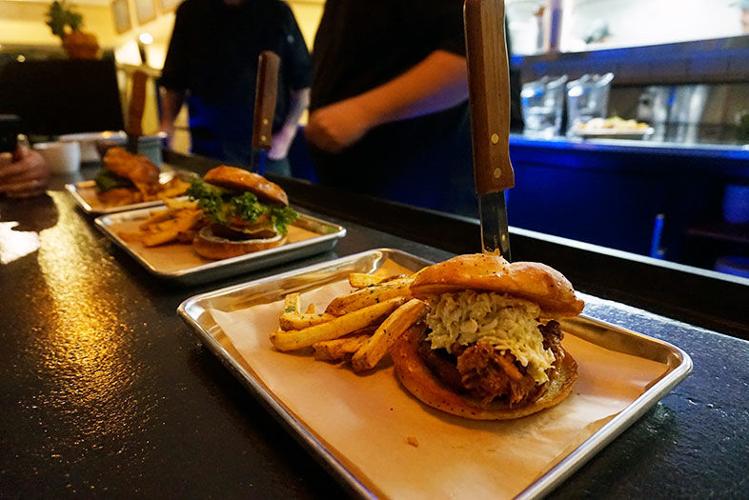 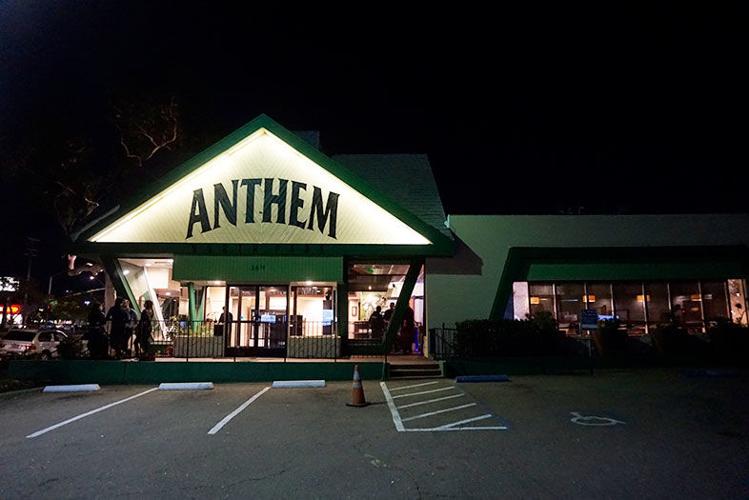 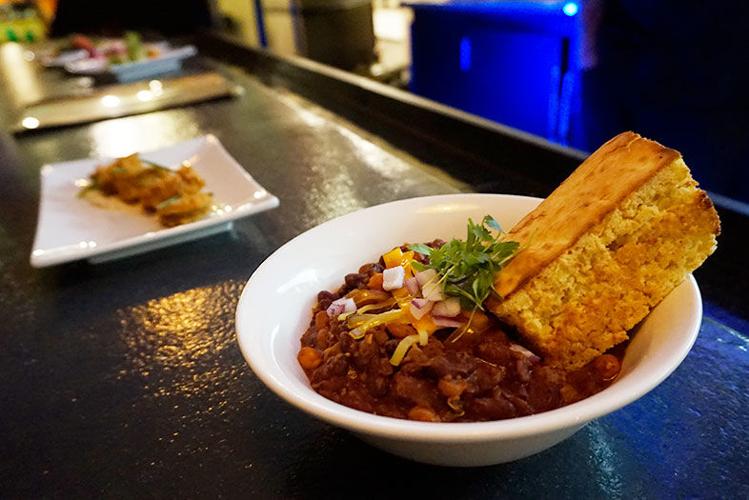 It’s been a long time coming for local foodies, but this Saturday Anthem Vegan is finally opening its doors. The restaurant’s pop-up has become a staple at local farmers’ markets since its launch in 2013, and now—thanks to a successful Kickstarter campaign that raised over $50,000—owner Patrick Murray is taking the plunge into brick-and-mortar. The North Park spot is opening in the old Lil B’s location on El Cajon Boulevard this Saturday, February 3, and the anticipation among San Diego’s vegan community has been high.

Under the guidance of Chef Troy Oftedal, the restaurant will launch with a menu that will look familiar to Anthem’s farmers’ market audience—burgers, wraps, tacos, salads, and an award-winning chili (Murray’s Roasted Ancho Tomatillo Karne Chili won "Best Vegetarian" at the SoNo Chili Cookoff last year). The next goal is to introduce a fancier dinner menu along with a breakfast menu, something San Diego’s vegan scene has had a shortage of. Among Oftedal’s more creative dishes is a slow-cooked watermelon that bears an uncanny resemblance to ahi tuna.

"I’m not going to say that we’re the best restaurant in Southern California. I’m just saying that we’re doing things that nobody else is doing," says Murray, comparing his vision to that of Millennium, an innovative vegan restaurant in Oakland.

The ambitious project doesn’t just include a restaurant. Anthem’s North Park location will also have a deli and market, offering sliced vegan meats and cheeses along with anything you could possibly need to make a vegan meal in your own kitchen. This includes bulk items, jackfruit, nutritional yeast, burger patties, ice cream, and an entire line of housemade sauces.

"It will be a lot of things that you see in other stores, but everything’s vegan, so you don’t have to read labels or drive to multiple spots—it will all be under one roof," says Murray.

An added bonus? If you’re eating at the restaurant and taste something you like, chances are it will be available for purchase in the market. Murray says, "If you’re sitting at the table thinking, ‘I really love this burger’—we have the burger patty. Don’t even get up, we’ll go get it for you."