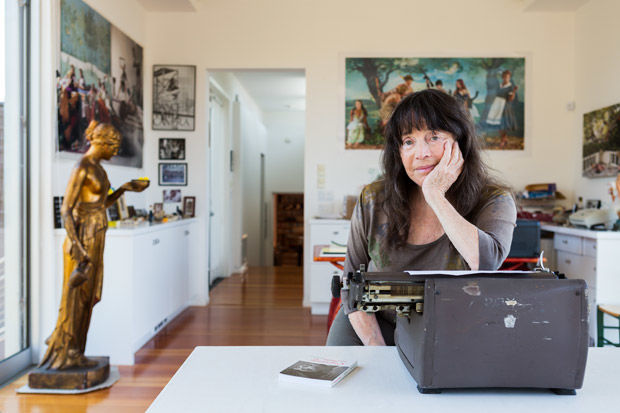 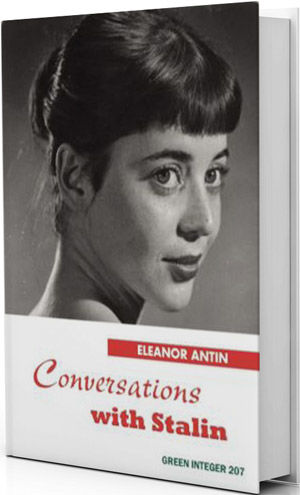 In Eleanor Antin’s art, she is many people. She is an iconic conceptual artist whose 100 Boots, a staged sequence of images from 1971 featuring (yes) 100 boots, is one of the wittiest works of its decade— or for that matter, any decade. She is the creator of fictive identities that take the form of staged images, performances, and films. Among those identities: a bearded man (the King of Solana Beach) and a black ballerina who was part of Serge Diaghilev’s legendary company, the Ballet Russes (Eleanora Antinova).

Then there is Antin the author, of books such as Eleanora Antinova Plays. Or Eleanor the screenwriter and director of the critically acclaimed feature-length film, The Man Without a World, made in the style of an early 20th-century silent movie and set in a Polish village or shtetl of the period. (She gives writing and directing credit to another of her alter egos: Yevgeny Antinov.)

Antin, a professor emeritus of visual arts at UC San Diego as well as an internationally celebrated artist, is better known outside San Diego than in it, even though she taught here for nearly three decades beginning in 1975. Historical Takes, her one-person exhibition at the San Diego Museum of Art in 2008, partially rectified that situation. (It showcased her droll and elaborately staged photographs evoking ancient Rome and iconic themes in Westernpainting.) But many people have a hard time believing that living artists who are in the history books live and work in their own civic backyards. Antin surely fits that description.

Given her penchant for costumed drama and imagery, perhaps it will seem surprising that Antin has produced a new book, Conversations with Stalin, whose first-person narrator is, well, Antin. More specifically, the young version of herself. It is a memoir of her childhood and teen years, growing up in New York during and immediately after World War II.

"I felt as if I had the freedom to write about me," the diminutive artist says, during our conversation in her many-windowed Carmel Valley studio. "I wanted to find little Elly."

Find her she did. This is a kind of coming-of-age story, narrated in the first person in a voice that slyly fuses the Eleanor of decades ago with an undercurrent of the artist she is now, at age 78.

The book conveys her parents’ belief in socialism and her ambivalence about their politics. It might seem hard to believe now that many Americans thought well of Josef Stalin—the Soviet leader for three decades beginning in 1922—before the rise of anti-Communism in the early 1950s. But the Soviet Union was a key ally during World War II, of course, and Stalin’s brutal policies were not yet as widely known.

In Antin’s book, though, he is less the ruthless dictator than her imaginary comical sidekick. "For years, we would meet up in Central Park," she writes, "and talk about stuff. My mother would have been jealous so Inever told her."

So she seeks advice from him on everything from her dilemmas at work to boyfriends. But what does Stalin offer? He spouts Marxist logic and dogma.

"I would ask Stalin what he would do and he would f*** everything up," says Eleanor, underscoring the point with a laugh.

The young Eleanor tells us about the jobs she suffers through and the boys she lusts after. She ponders the complexities of family life. And there is the recurring presence of Stalin, always ready to be the confidant who gives her some bad advice.

Does this memoir encourage her to do a sequel? She doubts it. As much as she loves writing, there are images and films to be made, exhibitions to plan. And she isn’t about to let Stalin have his say on the matter.