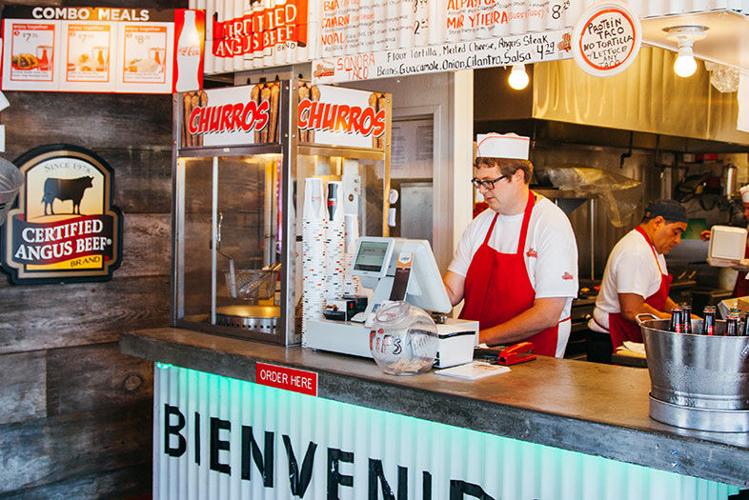 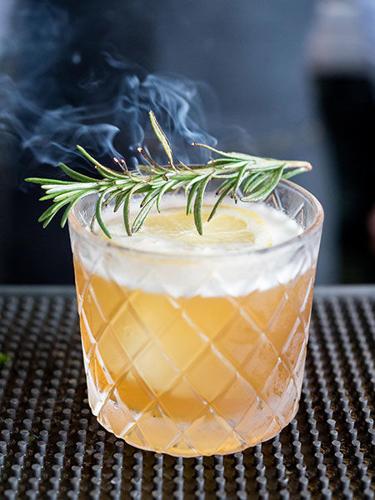 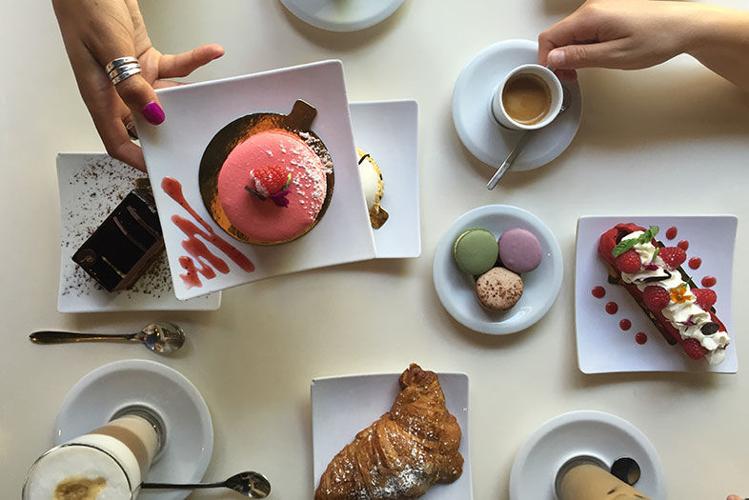 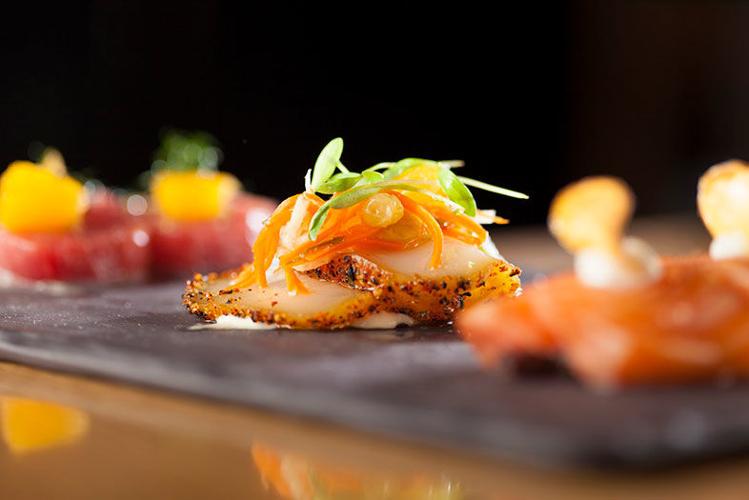 Juniper and Ivy’s Richard Blais goes fast-casual at The Crack Shack. Order from the counter and enjoy fried chicken sandwiches and deviled eggs in the outdoor space.

Fifth & Rose at the new Pendry Hotel is a swanky, intimate drinking den with none of the typical hotel bar stuffiness.

After an extensive revamp, Craft & Commerce debuted a new look this fall. Snag a seat at the bar for libations with ingredients like chai-infused vermouth.

Pair your cocktail with skyline views at The Nolen, a rooftop bar perched above Courtyard San Diego Gaslamp/Convention Center.

In addition to smoothies and juices, Sol Cal Cafe also has a hearty menu of quinoa bowls, poke, wraps, and avocado toast.

Each juice at Nékter has three pounds of fruits and vegetables. They also serve smoothies, acai bowls, and chia seed parfaits.

Cafe Chloe is a longtime favorite, but for a new French-inspired option try the macarons, eclairs, and quiches at Le Parfait Paris.

Tajima is decked in gilded wallpaper and dishes out affordable ramen. Though most options are chicken- and pork-centric, there’s also a vegan option.

Herb & Wood’s decor is rich and romantic—velvet banquettes and fireplaces on the patio—with a menu of grilled veggies, pizza, pasta, and beautiful desserts.

Bottega Americano serves pizza, pasta, and cheese boards, prepared in open food stations. The bustling space isn’t the quietest of dinner venues, but it feels like a party.

The second-floor rooftop at Rustic Root means craft cocktails, burgers, and barbecue fries with a view of the Gaslamp.

The downtown restaurant scene—once revitalized by classics like Fio’s, Croce’s, Grant Grill, and Rainwater’s—went through some bloodletting after the recession. We lost three of four of those spots; only Grant is still going strong.

Big-night carnivores who loved Rainwater’s now land at Cowboy Star, a plucky independent steakhouse with creative bourbon expressions. The locals who gathered at trailblazer Croce’s for live music now start communion earlier at Cafe 21 for their mimosas and potato pancakes.

The Pendry Hotel is the hot newcomer, a boutique pedigree under the Montage umbrella with signature restaurant Lionfish. After a few stops and starts, The Headquarters has come alive with Puesto’s modern tacos and Latin spirits.

Biggest news is the exit of Anthony’s on Harbor Drive after 60 years, now scheduled to be replaced by another local icon, The Brigantine Group. Slated for 2018, the multiplex will have Brigantine and their Mexican concept, Miguel’s, plus a new pier, viewing deck, and fast-casual joint called Ketch Grill & Taps.

With another massive overhaul of the quaint-yet-outdated Seaport Village coming soon, the southwest corner of downtown will look and eat a lot differently in a couple years.