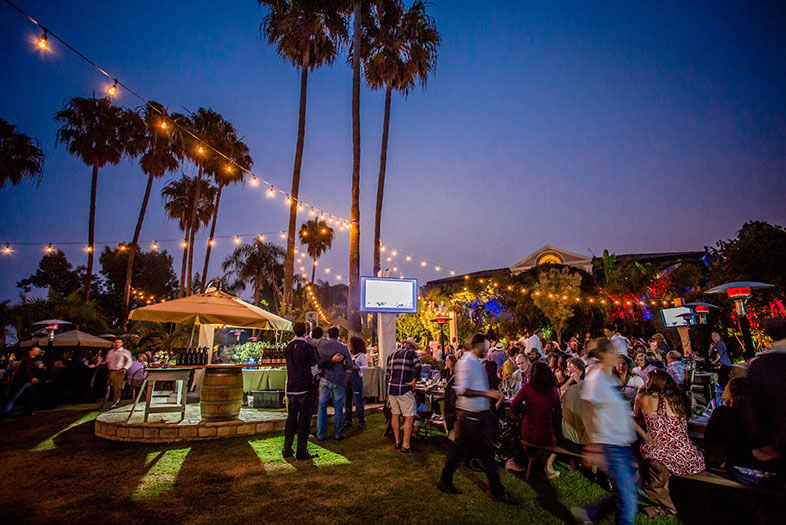 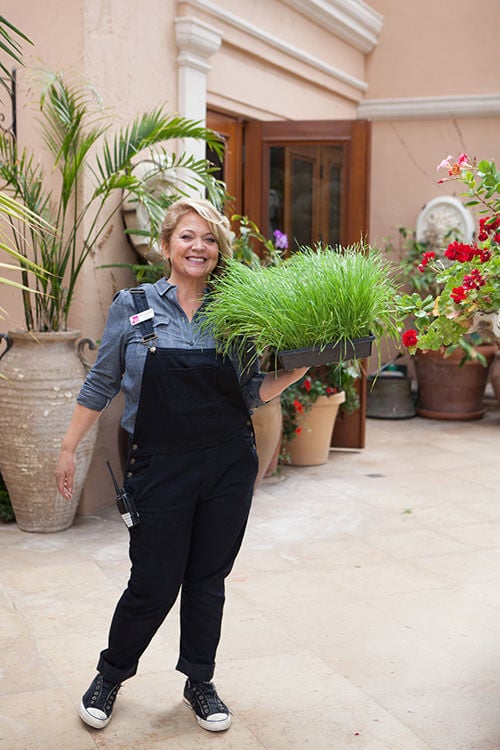 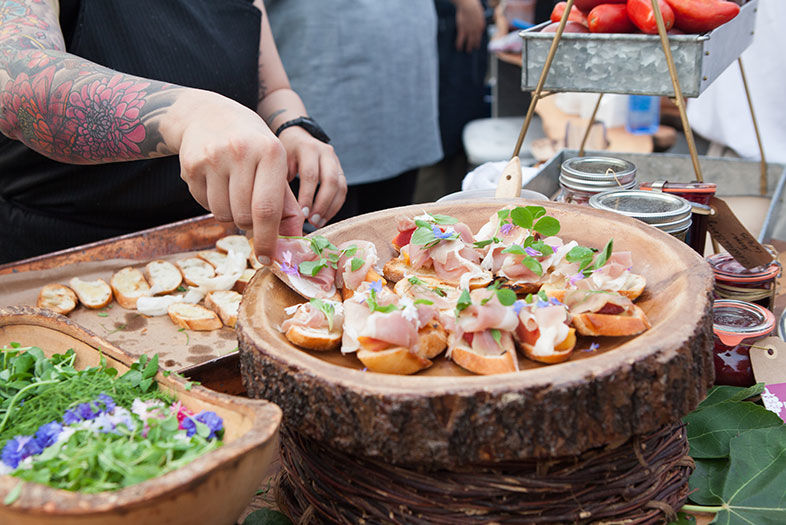 Since 2010, the Berry Good Dinner has been connecting members of the local food industry in what’s been called one of San Diego’s hottest events. The only problem? You had to be a chef, farmer, rancher, fisherman, vintner, brewer and/or food-and-drink artisan to get invited.

But tonight, founder Michelle Lerach will debut the first Berry Good Food for the Foundation dinner that’s open to the public, with the same goal of creating dialogue about sustainable food production. The alfresco event—hosted by Michelle and husband Bill Lerach at their La Jolla farm estate—will feature food and drink items sourced and produced within 100 miles by chefs like Javier Plascencia in support of the new Berry Good Food Foundation, a nonprofit that educates, connects, and supports food producers and consumers through educational programs, classes, and events.

To fête tonight’s dinner, we chatted with Michelle about goat farming, building a community, and the evolution of Berry Good.

You went from being a lawyer to becoming a goat farmer to starting the Berry Good Dinners. What was that timeline like?

I was a practicing lawyer for 20 years. I joke that when I left I just needed some serious grounding, and I had met some wonderful goat farmers in Sonoma. I went to go help on their farm­. I went to feed goats, care for goats, milk goats, make cheese. I thought I was getting away from law. Instead what happened was they were like "You’re a lawyer? I have a question." I became aware of issues in sustainable farming that needed attention, specifically growing that next generation of farmers. I got this amazing sense of community in Sonoma. The entire community, whether they were engaged in the food production or not, was connected to those food producers. They automatically bought local and sourced local. There’s a real energy and you feel it. And I remember thinking, "Does this exist in San Diego?"

So what takeaway from that experience did you bring back to San Diego?

I did some research and not only do we have farms, but we have more farms per capita than anywhere in the nation—the farmiest community on the planet! But I realized it doesn’t feel like that. I thought the first step is to create community among producers. Seven years ago, I invited all the chefs and farmers I knew or didn’t know. I mean literally that first year, I was just calling people that I found online. The first year was so organic. So we put it together, and it was 75 people, and we sat in the backyard. It was farmers, chefs, beer and winemakers, food activists, and food writers. The idea was a communal dinner.

What was the purpose of bringing these specific people together?

To create relationships. The farmers need to meet the chefs and vice versa. And hopefully on a micro level—and this has happened each year—farmer meets chef, chef buys from farmer. But on a macro level it was more about community. It’s the ultimate networking event for people in the food production and advocacy business.

How did it grow?

I started to wonder at some point a year or so ago, had it achieved its goals? Or was it becoming just another foodie event? The overwhelming response from mulling it over with other people involved was: "No. We have a community now. We’re activated, we’re energized. We want to do stuff. Put us to work." We said maybe what needs to happen now is bring some of Berry Good’s messaging to the larger consuming audience. We decided to make The Berry Good Food Foundation. Everything that we’re doing relates to education. We’re working with others to try to do some school programming and with Olivewood and others. And then we have grassroots community education classes for cooking and preserving—reconnecting people with a lost art. Our panels predated the Foundation. We did soil in February at UCSD. We sat 6-8 people around from different disciplines and academic backgrounds, like an urban planning person from UCSD, a rancher, an organic farmer, and an activist. We had a cross section of people talking about why dirt matters.

Why create a second Berry Good dinner, one that’s open to the public?

We realized we needed to raise money to run this foundation. You know, this stuff isn’t free! I think our last panel, for example, we're honest about all of the budgeting, I think one of those things probably cost $7,000-$10,000. But we can impact millions of people, potentially if the content is good enough. So, we realized we needed money. Over the last seven years, my friends were very annoyed with me because they couldn’t get an invite to my dinner. Every year I would have someone say, "Oh, can I buy a table," and I would say, "Sorry, there are no tables to buy." I realized there’s this opportunity to capitalize on the notoriety of the Berry Dinner, and use it for the fundraising for the foundation. It’s an altered version of the Berry Dinner. When somebody buys a table for ten, they are given eight seats and I’m given two, and those two seats at each table are reserved for community members or Berry Good ambassadors—basically chefs, farmers, fishmongers, winemakers, etc. who are going to bounce from table to table. On course one you might have a winemaker, course two a fishmonger, etc.

Foodies are obvious takers for an invite like this. But who else do you want to partake?

We need to reach the medical community and the biotech community. People that I’ve met in the healthcare profession or the head of the America Nutritionist Association, and a guy who’s a biotech doctor whose wife is on the Salk board—they are coming, so I’m excited.

The idea of the Foundation and these dinners is to promote dialogue and create partnerships. What are some concrete examples of people who have connected?

There is a mom with three kids who started learning these skills, and now she’s become a farmer and a rancher. Her son has raised the rabbits that we serve on the menu. And Trish Watlington told me that coming to these dinners is what energized her to start her Farmers, Fisherman, and Friends dinner.

What are key ways people can be more responsible about their food consumption?

Have you ever seen that Portlandia episode where they go to the chicken farm? You don’t have to go that far, but ask. Choose things based on where they’re sourced. Chefs love sourcing local, but they also have to respond to consumer demands. If consumer demands change, the chefs are ready, willing, and able. When we travel to Sonoma, Italy or France or Mexico or Oregon or Boston, we know we are going to get local food. Why don’t we know that about our own community here? We have more diversity; we have practically a year-round growing season somewhere in our big region here. What is the San Diego cuisine? Let’s think about it; let’s create it.

We’re trying to change consumer demand or at least give people more information. My hope is that with more information and access and knowledge and comfort, consumers will want this.