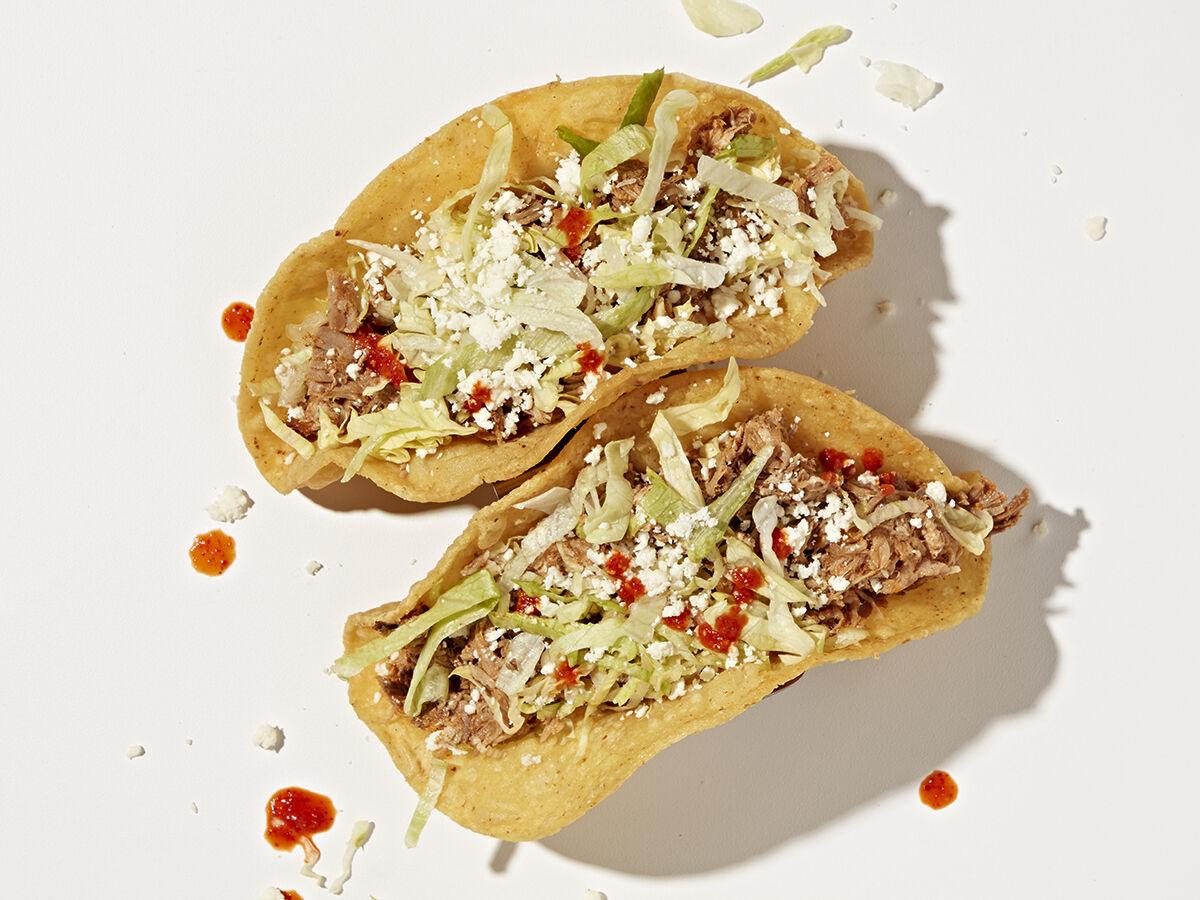 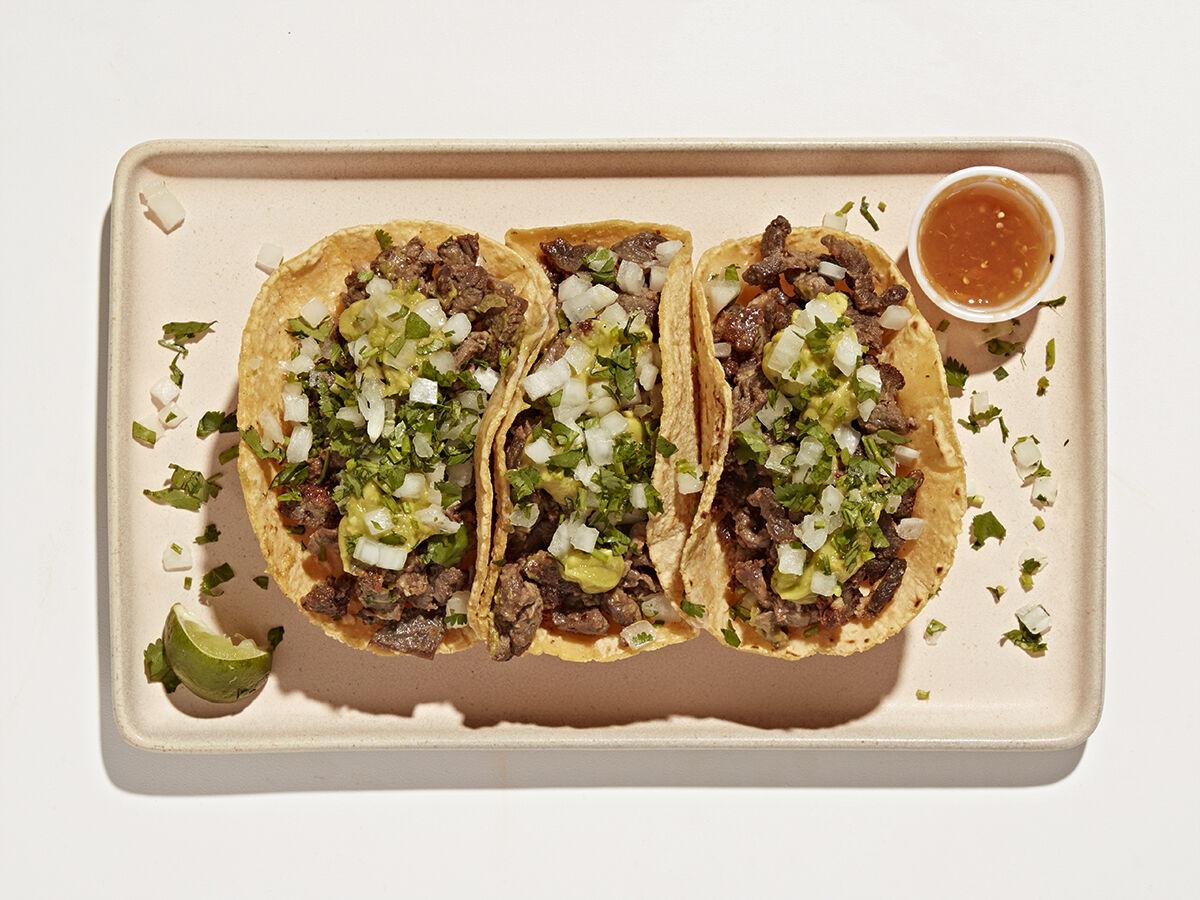 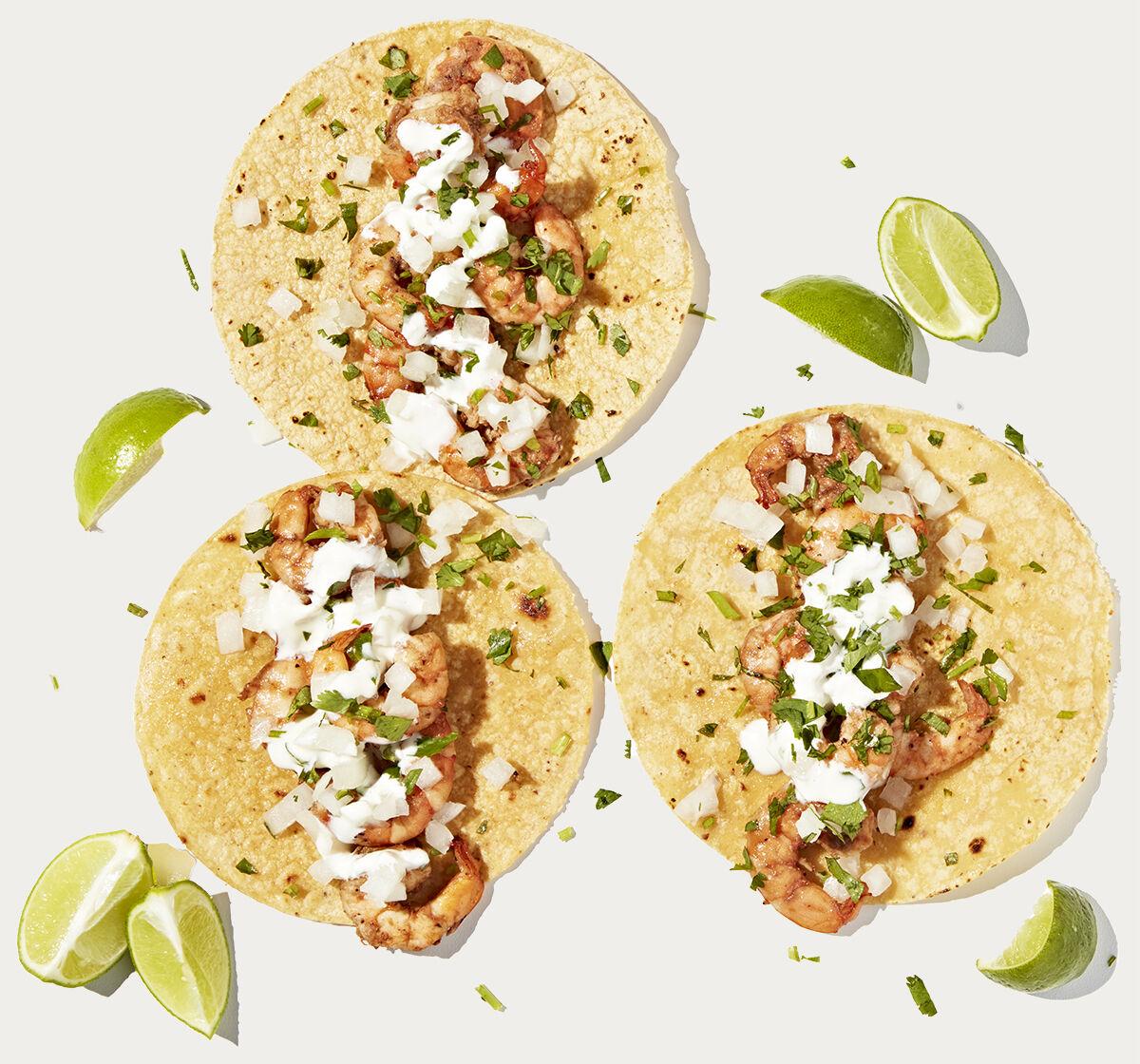 Or any tacos, really. The key are those tortillas, made in-house and then fried right in front of you, topped with basic shredded lettuce and Cotija cheese. If red, chile-stained grease runs down your arm, you have done it right.

Puesto’s signature magic is a layer of crispy, melted, griddled cheese that covers the whole tortilla. This taco adds slices of mid-rare fillet, avocado, and a spicy pistachio-serrano salsa.

Originated in Tijuana in 1972 and imported to Chula Vista in 1998, their adobada is legend and should be obeyed. Chile-marinated pork is shaved from huge trompos—vertical spits that slowly turn the meat, roasting and basting it so it cooks evenly and never dries out.

The Barbacoa King of San Diego

Pilots flying into Otay Mesa’s airport will radio to order pounds of this barbacoa, cooked in the style of Texcoco—a famed barbecue town outside of Mexico City. The meat is rubbed with chiles, covered with maguey and avocado leaves, and slow-cooked for eight hours.

On weekends, their parking lot in Nestor becomes a congregation of locals waiting for the famed birria (long, slow-simmered beef). The Quesataco Extremo is a tortilla griddled with birria consommé and topped with melted cheese and the meat that’s been crisped and browned on the griddle.

This taco now has many imitators across Southern California and the US—a street taco with a slow-roasted bone lording atop. Use the stick to spoon the marrow, and sip a side cup of chef-owner Priscilla Curiel’s birria consommé.

My favorite birria from a citywide search last year. Put that tender, slow-stewed meat in a hot tortilla with the holy taco trinity (onion, cilantro, lime), plus some salsa and guacamole? A great reason to eat in the parking lot outside an auto mechanic.

TJ Oyster Bar started in a cubbyhole in a Bonita strip mall and now there are two (the other’s in a bigger strip mall next door). Their garlic shrimp is the little black dress of tacos—a classic, with sautéed shrimp, crema, onions, cilantro, and lime. Also order those smoked tuna fries.

Chef Drew Bent gets calls from local fishermen as they pull into the harbor, and whatever they’ve caught goes into this taco. “It’s sushi-grade fish in a fried fish taco,” he says—beer battered, Sinaloa style, and then topped with a chorizo-tomato vinaigrette, pickled jalapeño rémoulade, pickled serranos, and opal basil.

One of the tacos that launched it all, with grilled mahi mahi under sautéed tomatoes, olives, capers, garlic, and chives in a white wine sauce, asadero cheese, and a lime aioli. Also try the chile relleno taco.

“It’s something traditional you’d get from your grandmother on a Sunday,” says owner Ernie Becerra. It starts with tender, slow-stewed beef guisado, tossed with sautéed bell peppers and potatoes, grilled nopales, and a touch of sour cream.

“This is the one that made us take off,” says owner Julian Hakim—marinated pork cooked on a rotisserie, topped with onions, pineapple, and a cilantro sauce.

A Love Letter to Tacos