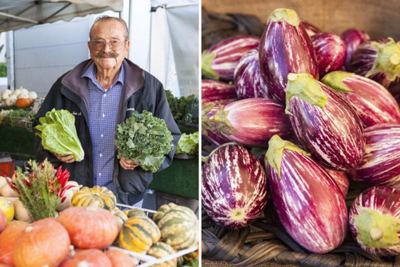 The City of San Diego has temporarily shuttered farmers markets during the quarantine. It’s beyond understandable. The most important thing is preventing the spread of the coronavirus, which thrives in crowds. Farmers markets drew crowds.

But both the general public and local farmers need them to reopen soon—not only in San Diego, but across American cities—in a new form. Not as a gathering or a festival. But as a safe, socially distanced way for local families to get nutrient-dense food and leave.

Organizers of the markets needed to retool their operations. Catt White, whose San Diego Markets operates two of the city’s biggest markets in Little Italy and Pacific Beach, says she has done that and will make every tweak necessary as the new markets are rolled out. She has “gotten rid of all the fun” (music, art, etc.) and streamlined her markets to be groceries-only operations with social distancing both planned for and enforced. She’s now appealing to the city to let her reopen them as essential businesses during the quarantine.

First, food security is critically important in a crisis, and experts say it’s a real concern during this pandemic. Anyone who’s been to a grocery store recently and seen the shelves without bread and produce is beginning to understand the need for better food distribution. Local farmers have lost most of their restaurant accounts. If they can’t sell their current crops, they’re facing financial strain or ruin. If they fail, our national food system comes closer to failure. “If that happens, in six months what are we going to eat?” asks White.

Second, during a health crisis we need nutrient-dense foods to support our immune systems. And it’s a well-established fact that fruits and veggies begin to lose nutrients as soon as they’re harvested. Studies conducted by UC Davis showed a pretty dramatic loss (spinach stored at room temp can lose up to 100% of its vitamin C in less than four days, for instance). So the faster we can get the food from soil to plate, the more nutrients we get. And farmers markets—mostly selling fruits and veggies picked a day or two prior—are the best way to do that.

Third, White also suggests that her new, quarantine version of the markets is safer than traditional grocery stores. She’s established what she calls “one-touch shopping.” A customer points at, say, an apple. The farmer grabs it and puts it in the bag. Compare this to traditional grocery stores, where the general public is touching all of the produce to test for ripeness.

Again, stopping this virus from spreading is the most important thing. But people need food. Ideally, nutrient-dense food that helps both our local farmers and security of the local food system. It makes little to no sense that a grocery store can be open right now, depleted of produce by the early afternoon, as we close down outlets to local farm produce, letting it and local farmers go to rot.

“Our goal right now is to tell people, ‘We love you, if you’re here not here to shop, go home. If you are here to shop, get your groceries, and go home,’” says White.

(NOTE: Farmers markets in the county of San Diego are open, including Poway and Vista on Saturdays, Coronado on Tuesdays, and Santee on Wednesdays).

Here are some insights from my conversation with White:

Why do we need to get the markets open soon?

Our farmers need to sell the stuff they just spent four to six months investing in, they’ve paid for seeds, water, labor. The stuff is fresh now, it’ll be dead in two weeks. If they can’t sell it, they’ll have to plow it into compost, and they’re not going to be able to plant for the next cycle. And with imported food supply chains breaking down, we have borders closing, we have shipping methods that are being shut down right now, our supply chain is broken in terms of stuff that comes from beyond our local area. If we also break our local food system, what are we going to eat? In four to six months when this all catches up, what are we going to eat? And honestly, it’s healthier than going to Costco. Sorry, Costco.

How are your farmers doing?

They don’t know how they’re going to keep going. Farmers, like small restaurateurs, are not guys who are making a ton of money. They’re doing it because they’ve got a passion for what they do. They want to raise their families outside, they care about what’s going on. Like a lot of Americans, they generally don’t have a lot of reserve. A couple of weeks without income and they’re done. It’s scary, it’s really hard. I had a farmer call me and say, ‘You know that farmer suicide in America is already a thing.’ That’s where they are.

How did you change the markets?

Our booths were real spread out. We took it down to just farmers and essential grocery items. We very conscientiously eliminated the fun. No hanging out and listening to music, no art, no prepared food. The idea was to give people an alternative to buying groceries. Our usual goal is to get everyone we can to the market to support our farmers. Our goal right now is to tell people, ‘we love you, if you’re not here to shop, go home.’ If you are here to shop, get your groceries, and go home. They aren’t gatherings, they are just places to get groceries.

Why are farmers markets essential?

There’s really nowhere else to get nutrient dense fresh food. In our opinion, shopping at farmers market, the way they’re operated now, is so much safer than going into a grocery store. Every single one of our products has a vendor or a farmer standing there, controlling who touches it. We call it one-touch shopping. You point, they will take the produce or the yogurt and drop it in your shopping bag. Whereas if you’re in the grocery store and you reach for a can of soup, how many people have picked it up and said, ‘Oh, no, the sodium’s too high not gonna buy that one.’ You don’t know how many people have touched that item by the time you pick it up.

You were allowed to be open, and then that changed last weekend. What happened?

People were really cooperative, and they did a fantastic job at social distancing. It was a little bit tricky because I had talked to a couple at the market and said, ‘Folks, you’re going to have to move six feet apart.’ And she said, ‘Well, I sleep with him. We’re married.’ Luckily the people from the SDPD were there and said, ‘You know, you can take that down a notch, people who are related can be next to each other.’ Unfortunately, the optics of that are difficult for somebody from the outside to figure out what’s happening. So we had a couple neighbors say, ‘Oh you guys aren’t keeping people apart.’ And so their concern, and I’m sure it’s all coming from fear, probably convinced the mayor to take a broad brush and close anything that could possibly put people together. Unfortunately, with all the other crowd control issues at the beaches and the parks and what have you, they approved our plan on Monday morning and then two hours later called and said all farmers markets are closed again.

We’re taking a little breath. We’re letting the mayor’s office sort things out a little bit. We absolutely sympathize with our city and county officials. They’re under a lot of pressure from so many different directions. We’re going to see if we can solve this quietly without adding to their burden. But if that doesn’t work then we think it would be valuable for them to understand how badly their constituents want fresh food and want to keep farmers alive. We are going to be talking to them about how we can tighten down just a little bit farther and maybe only allow one person per household in so that it’s really obvious that we’re maintaining social distancing and take another swing at it.

Do you want people to voice their concern to the city?

I don’t want to add to their stress by having consumers call or email. If the city continues to keep them closed, then maybe they need to hear from their constituents how dedicated consumers are to their local farmers and local food system. Some of them understand. We have people from the mayor’s office and city council that shop the markets. But there are some who are removed and think of them as festivals. And honestly there are pieces that are festivals. There are blocks that are real grocery-centric and there are pieces that are fun. We got rid of the fun, so that’s not happening.

How can locals buy direct from the farmers in the meantime?

SD Sustainable has done a good job of aggregating a really good list. We’ll be aggregating our vendors and putting it out in our next newsletter. We’ll put a link to that everywhere we can to see where their favorite farmer is, and they can access them that way. The other thing people can do is search out ways to buy from those farmers, and direct from small foodmakers. We’ll help you find that information. Check your favorite farmer’s Instagram. They’re really supporting each other. We’ve got some older farmers who are pretty analog. But some of the younger farmers are wrapping an older farmers’ produce into their operation, so that’s helpful.

Why farmers markets are an essential business during the coronavirus pandemic