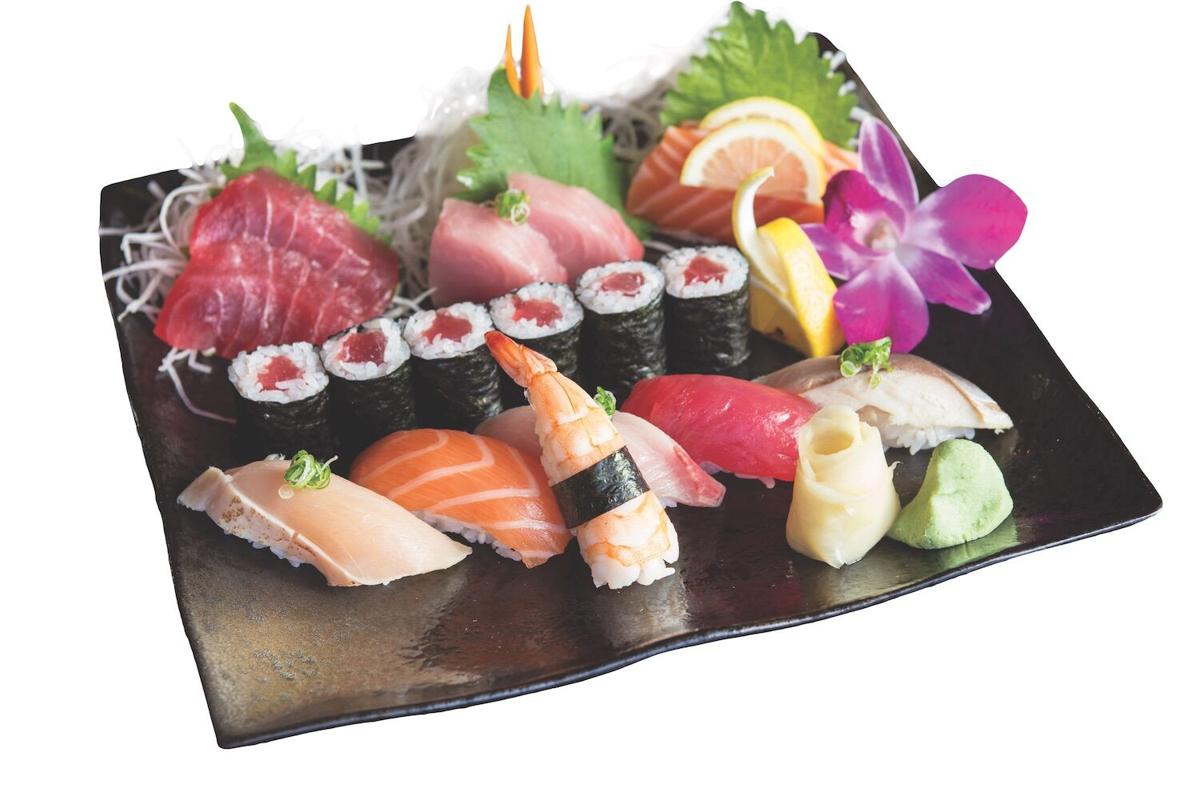 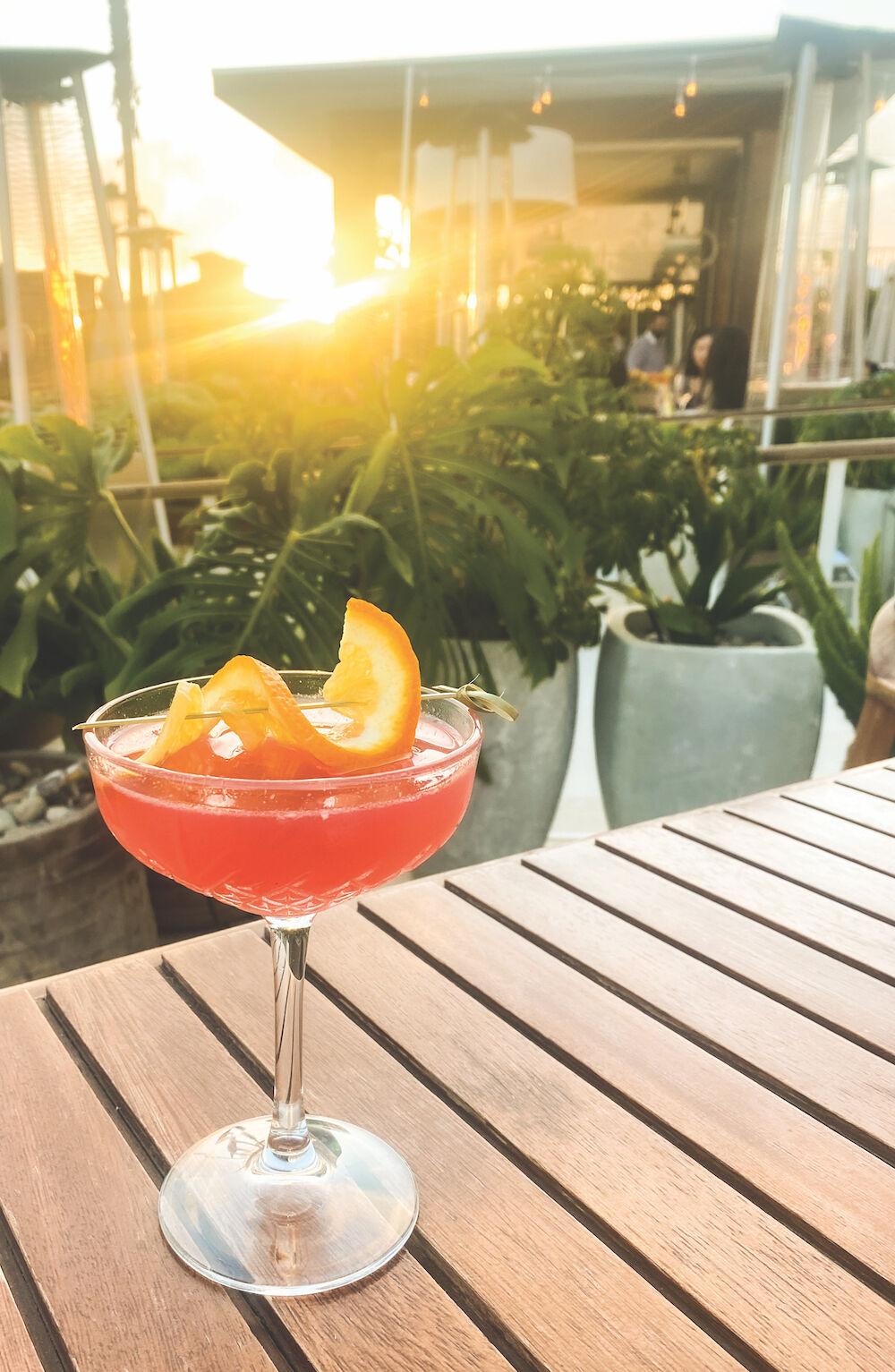 Out of the Park

Live games are back on at Petco Park! If you’re going downtown this summer to root for the Padres in person, there are several new places to dine and drink at the stadium, from beloved local eateries to popular international chains. The brisket and pulled pork that Andy Harris made famous at Grand Ole BBQ is now available on the main concourse—grab the

sandwich filled with brisket that’s been smoked for over 15 hours and a Topo Chico margarita.

After a yearlong hiatus, Barrio Dogg was able to open its second location here and serve its gourmet Sonoran-style hot dogs and micheladas. At field level, you can find Puesto’s burritos and Cadillac margaritas, and their popular crispy queso tacos will be available soon.

Over at The Still by Cutwater, sushi rolls from UniSushi in Chula Vista are on the menu, and for dessert you can stop by The Cravory for some freshly baked cookies. If you’re not a beer drinker, Encinitas-based Meritage Wine Market now has a location inside the Mercado with vino by the glass or bottle, and as of press time, soup dumpling giant Din Tai Fung is planning to join the roster, too. Now that’s a food lineup that knocks it out of the park!

And just like that, an iconic drink from the late ’90s is making a comeback. Earlier this spring, Grub Street declared 2021 “the summer of the Cosmopolitan,” and we’re all for it. The pink drink of vodka, Cointreau, lime, and cranberry juice was the it cocktail of the time thanks to Sex and the City, then it fell off menus years later as Prohibition-era drinks and different spirits became all the rage. What do local experts think about this trend making its way west?

“I think the Cosmo has been making its comeback for the past two to three years,” says Beau du Bois, bar and spirits creative director for Puesto. “Working at The Restaurant at Meadowood as the bar director, it was one of the most-ordered cocktails after our guests were a bit wined out.”

Lucien Conner, director of operations at Animae, agrees. “Plaster lamps, Lucite and glass coffee tables—postmodern ’90s style is back... and the Cosmopolitan.” Du Bois says that a real (and delicious) Cosmo should have the hue of a pale pink daiquiri, “not a ruby-scarlet cocktail, as seen doled out in rounds for Carrie and her crew.” His preferred recipe is Grey Goose Citron, Cointreau, fresh lime (juiced four hours in advance, not directly squeezed into the jigger), and Ocean Spray Cranberry Cocktail.

For a new spin on the classic, several bars in San Diego created their own version. Serea at the Hotel Del makes it with Solerno blood orange liqueur. Arlo at Town & Country Resort has a “Cosmopassion” with passion fruit puree and simple syrup, and San Diego Mission Bay Resort has a “Gentleman’s Cosmopolitan” with the vodka swapped for Ardbeg whiskey, a splash of Hella bitters, and an orange garnish. At Animae, Conner’s version of a Naked and Famous comes close to a Cosmo, with mezcal, lime, and orange blossom served in a martini glass.

Whether you prefer the new or old-school version of the cocktail, it’s sure to lift your spirits this summer. Cheers!

Diners who love pop-ups and limited-edition foods will have to check out The Lab Collaborative when it opens later this summer in Oceanside. The new restaurant inside the Pierside North apartment complex will house a test kitchen where local chefs and bartenders can experiment with creating new dishes and drinks, and the menu could showcase these inventions—a different guest chef will be invited every quarter to cook at the restaurant. Don’t like change? Resident chef Ramiro Guerra (formerly of Belching Beaver) is also developing a permanent bistro menu, so you can always return for a favorite meal.