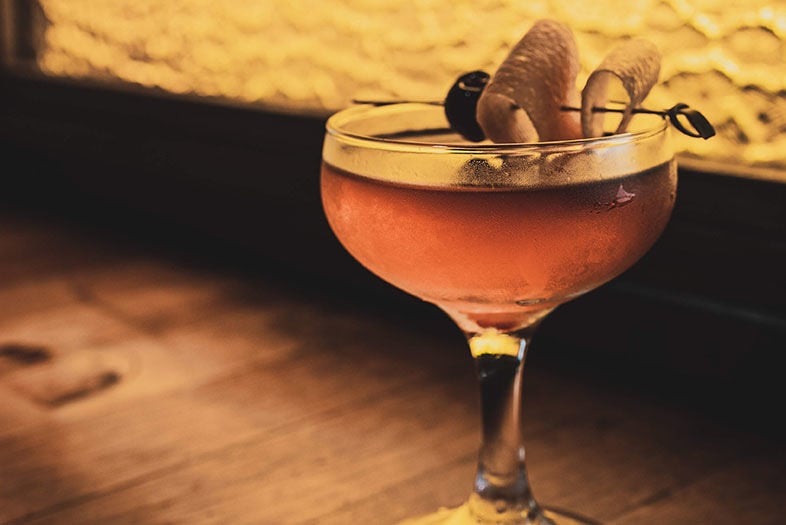 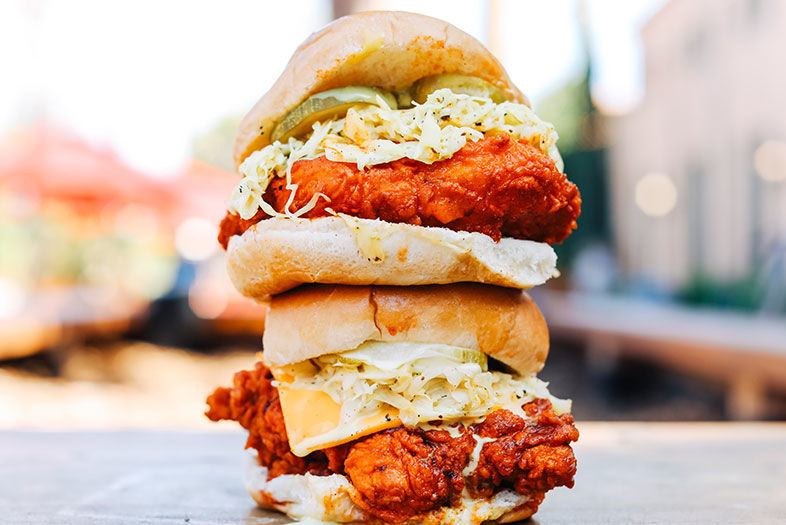 It’s time for New Year’s resolutions, and Dry January—not drinking any alcohol for the entire month—is a common one that many Americans will make. Giving up booze doesn’t mean you have to stop meeting friends in bars—you can get something that looks and tastes almost like the real thing at Sycamore Den, like this Manhattan made with spirits from Lyre’s. Lyre’s is an Australian company that makes a full line of zero-proof spirits that mimic the flavors of gin, American whiskeys, and rum. While you won’t get the warm fuzzies with these mocktails, you can enjoy the feel of a cocktail without the ethanol—and the hangover that comes with it. At Sycamore Den you can substitute nearly any cocktail on the menu with Lyre’s. Salud (sort of!), and we’re cheering you on till February 1.

While the rest of the country is still going crazy over Popeye’s chicken sandwich, we’re excited that another national fried chicken trend made its way to San Diego: Nashville hot chicken. There are now a few (non-fast-food) restaurants around town giving us a taste of breaded, deep-fried chicken doused in fiery cayenne pepper. Liberty Chix Hot Chicken opened inside Liberty Public Market last fall, and FireBirds set up shop in City Heights. Before hot chicken spread to the West Coast, Ron Suel had it on the menu of his North Park res­taurant Streetcar Merchants of Fried Chicken since 2014 (and it’s still there). You can expect more hot chicken to head our way, since Dave’s Hot Chicken announced it’s expanding from LA. Cluck yeah!

A Filipino food caterer from San Diego got some national love! The family behind Lia’s Lumpia recently competed on Food Network’s The Great Food Truck Race. You can try their lumpia—the beloved Filipino crunchy egg roll made with both traditional pork and vegetable stuffing, along with a whopping 50 different fusion variations (one has mac and cheese)—at three markets around town as of press time. Kain tayo! (That’s Tagalog for "let’s eat!") liaslumpia