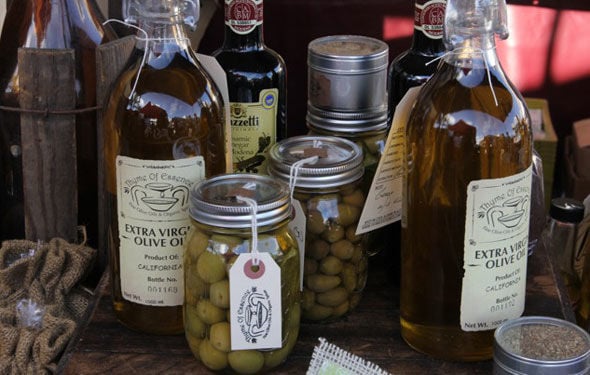 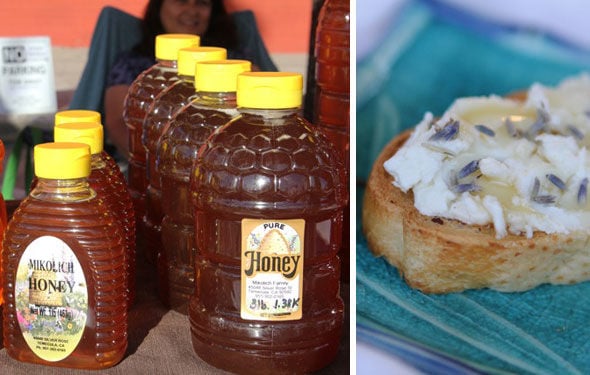 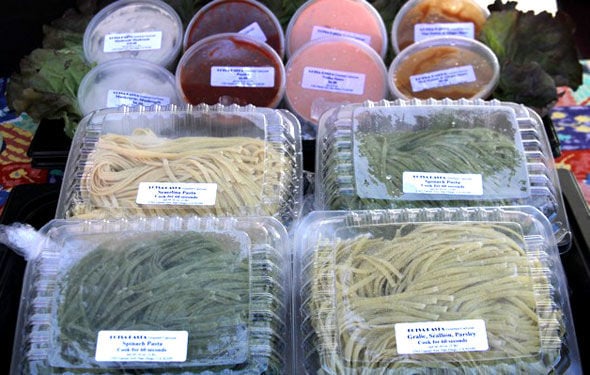 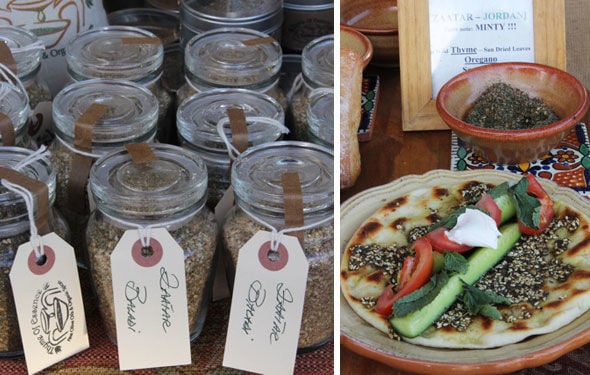 Pacific Beach has a new farmers' market at Bayard and Garnet., held Tuesdays from 2 to 6:30 p.m. Market manager Catt White of SD Weekly Markets has recruited many of your favorite farmers and vendors there, as well as some new folks. Here are a few to keep an eye out for:

Alan Mikolich has been enthralled by bees and beekeeping since he was a teenager. Now he and his wife Mary are sharing the bounty of their 650 hives in Temecula with farmers market customers in Pacific Beach and the Little Italy Mercato. They have three types of honey available: Black Button Sage and Wild Alfalfa, which is very light and silky; Wildflower, a deeper amber and with a rich flavor; and the upcoming Wild Buckwheat. They sell the honey in four bottle sizes, from $5 for 12 ounces to $20 for five pounds. They also have bees wax available for $4.
If you’re trying to think of some unusual ways to enjoy honey, how about a dessert bruschetta with toasted pound cake topped with creamy St. Agur blue cheese from Taste Cheese and a drizzle of the Sage and Alfalfa honey. I just made a crostini appetizer with toasted baguette slices, a good smear of goat cheese, Wildflower honey, and sprinkles of lavender buds.

Carol Blomstrom has been at the helm of Pacific Beach’s Lotsa Pasta for many years and is known for her Timpano, the multilayered Italian dish made popular with the hit movie Big Night.
Now, for the first time, Blomstrom is taking her Lotsa Pasta wares to a farmers market. Each week, she’ll have five sauces and four pastas available. The week I visited, I found her Vodka sauce, Thai Peanut Ginger, Bolognese, Rustico, and Mushroom Mushroom sauces, accompanied by Italian Herb; Garlic, Scallion, & Parsley; Spinach; and simple but delicious Semolina pastas. The sauces are $6 for an eight-ounce container and $10 for 16 ounces. The pastas are $7 for a pound and $12 for two pounds.

I’ve seen Akram Attie and his stall at a couple of farmers markets but made the mistake of not stopping to see what he’s up to with that large round griddle sizzling hot as it cooks up zataar-covered flat breads. My bad. Attie creates two traditional Zaatar seasonings, the Baladi— with lemony dried Jordanian sumak berries, Israeli wild thyme, roasted sesame seeds, and sea salt—and Jordanian—a combination of thyme, oregano, spearmint, and sea salt. These are lovely with fish, poultry, mixed with olive oil as a dip for bread or mixed into a vinaigrette. He carries award-winning Tuscan-blend olive oil from Owens Creek in the Central Valley, jars of olives, and a nosh to eat at the market: Zataar wraps.
The wraps, which are $5, are made with Greek flatbread and then slathered with olive oil and the fragrant Baladi zataar. It’s briefly toasted on the griddle and then topped with slices of Persian cucumber and tomato, sprigs of mint, and a bit of dried Kefir cheese. It’s then rolled into a manageable wrap of tangy, salty, herbaceous goodness.
You can also find Thyme of Essence at the Little Italy Mercato, North Park, La Jolla, and Rancho Santa Fe farmers markets.