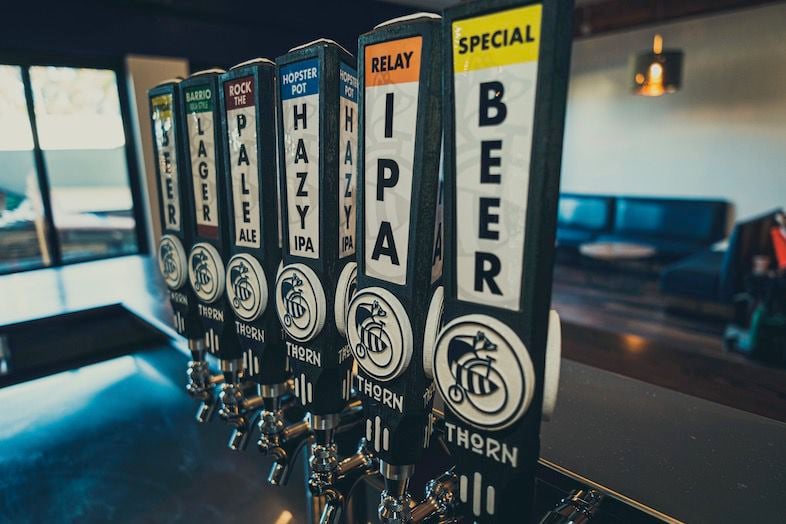 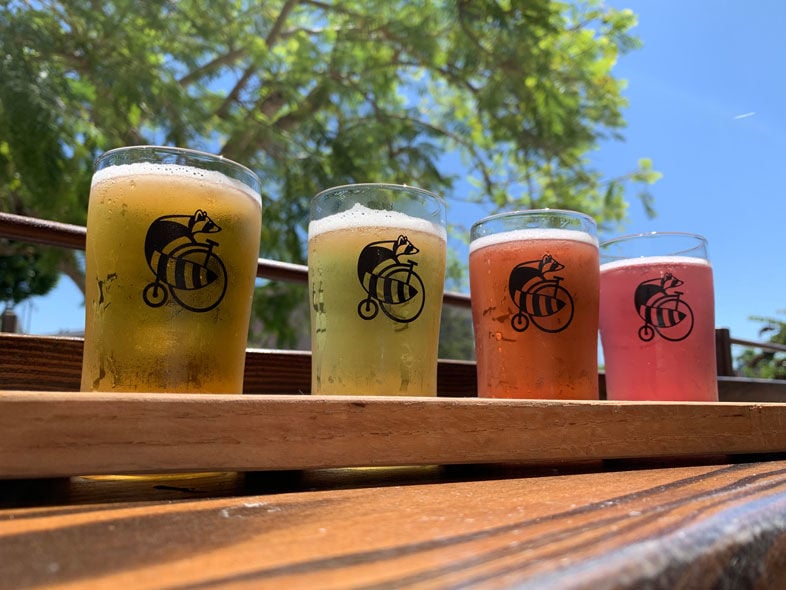 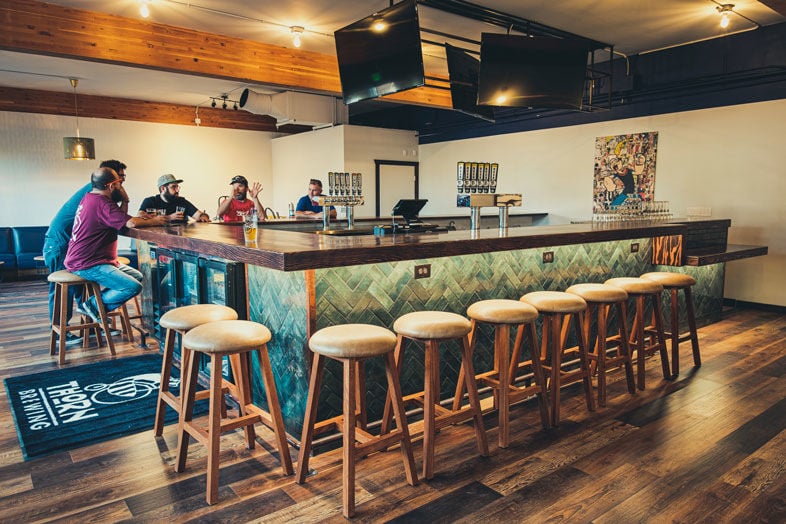 Mission Hills has historically been a wine and cocktail-centric neighborhood, due at least in part to the fact it has lacked what most other Mid-City neighborhoods have in abundance: a craft beer taproom. That predilection is poised to change now that Thorn Brewing has arrived.

Thorn Brewing originally opened in 2012 as Thorn Street Brewery as part of the first wave of craft breweries in North Park (which is hard to even fathom now). They subsequently moved the bulk of their brewing operations to a large facility and second tasting room in Barrio Logan in 2017, again preceding the majority of breweries currently operating in that area. Their third and most recent location at 4026 Hawk Street puts them squarely at the forefront of that neighborhood’s nascent craft beer scene.

Being the first brewery in any area tends to provide a competitive advantage, but the beer has to back it up. In my experience, Thorn has evolved from fairly so-so to surprisingly palatable and innovative. Some of their brews are more gimmicky than gratifying (I see you, pumpkin latte-inspired gose), but overall quality has noticeably increased in tandem with their output.

Quality has also increased in Thorn’s general ambiance. The Mission Hills tasting room is by far the best dressed of Thorn’s three locations, with stylish touches aplenty. It’s not fussy, but still manages to emulate the elevated vibe permeating the affluent neighborhood. It’s also kid- and dog-friendly, with a nicely shaded front patio that catches all of the tantalizing scents floating downwind from nearby Fort Oak. The lauded restaurant is poised to provide a small tasting menu exclusive to Thorn Mission Hills, which will include plates like Kobe beef sliders and pork belly fries. However, until the collaborative logistics are worked out between the two businesses, patrons are encouraged to bring their own food.

There’s plenty of beer to enjoy in the meantime; the 11 drafts lean heavily on hops rather than malt-forward styles. There’s even a hard seltzer with blackberries, which I’m a little embarrassed to admit is actually pretty great (and a savvy addition to offer beer-averse guests). With White Claw shortages sweeping the nation, hard seltzer fans can now get their fix and support a local company. I predict we’ll see more local breweries getting in on the action soon.

Another standout is Thorn’s low-carb, low-calorie, gluten-reduced India pale ale, dubbed "Treading Lightly." As someone in her mid-thirties who drinks an above average amount of beer, I’ve gone from dabbler to disciple of low-calorie beers. The biggest problem with them? Most of the time, they just don’t taste that good. Treading Lightly is notably flavorful (lots of Amarillo and Citra hops) and still only has 104 calories. My biggest criticism is that it's not yet available in cans, but general manager Tom Kiely promises cans are imminent.

The beertender recommended "The Nursery" India pale lager, a style that’s finally getting some traction thanks to a resurgence of craft lagers as well as commitment to hop-forward flavors and aromas. Thorn’s is a home run and ideal for imbibing in the late stages of San Diego’s September summer. I prefer it to their more popular Barrio Lager, a Mexican-style lager that pairs decently with food, but lacks the oomph I look for in beers standing on their own merit.

Overall, Thorn’s foresight into untapped markets and increased beer quality has positioned them comfortably in a competitive field. Other local breweries looking to emulate their success should be watching closely.