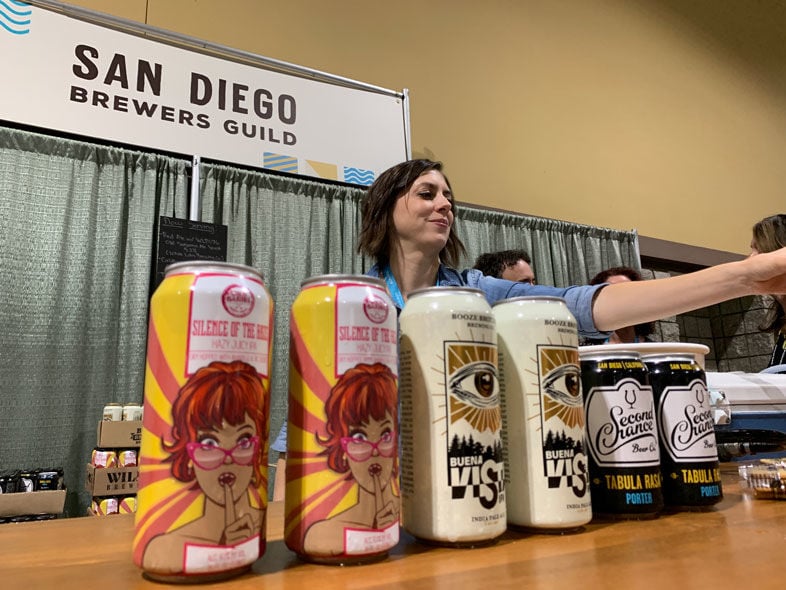 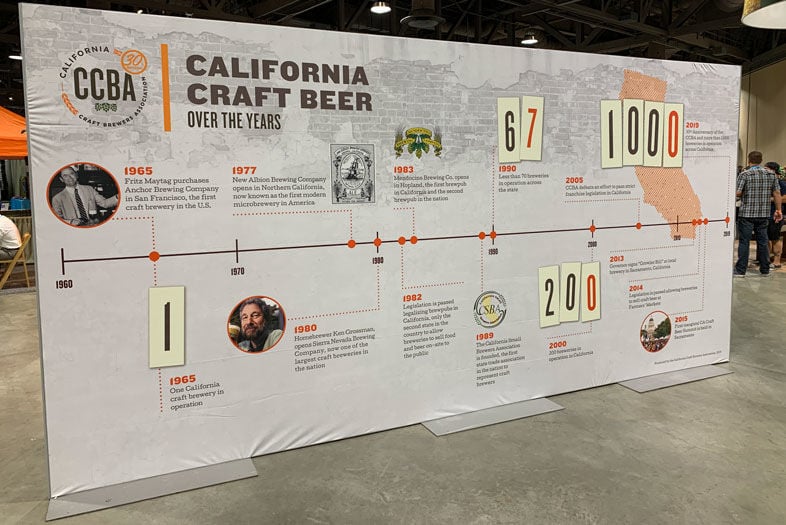 Last weekend, beer professionals from all over the state convened in Long Beach for the fifth annual California Craft Beer Summit and Festival. The two-day educational conference is organized by the California Craft Brewers Association (CCBA), a Sacramento-based nonprofit trade association geared at protecting the interests of the craft brewing industry in California. This particular Summit spotlighted California brewing’s historical milestones as part of the CCBA’s 30th anniversary before culminating at the West Coast’s largest beer festival, where 180 breweries poured over 600 different beers.

Although it’s crucial to look at California’s beer history to recognize how we got to where we are today (1,000 craft breweries and climbing), I’m more interested in the future. San Diego is undoubtedly playing a huge role in that future, accounting for over 10 percent of the total breweries operating in the state.

Bart Watson, chief economist for the Brewers Association, predicted in his State of the Craft talk: "There are going to be more breweries in California than there are now," calling continued growth a virtual certainty, despite fears of a craft beer bubble. Southern California already has the most breweries than any other region in the state (although that’s not true per capita, thanks to our comparatively high population). Watson thinks the market could handle thousands of new breweries, but cautions optimistic brewers to think outside what’s become standard operating procedure regarding brewing.

"If craft is going to grow, it needs to diversify," warned Watson. "You’re not in the beer business—you’re in the beverage alcohol business." Alternative alcohols like hard seltzer are fodder for ridicule from old-school brewers and beer purists, but Watson’s data shows core craft drinkers are demanding variety. "The main competition in craft is other alcohol," claimed Watson.

Diversification should also be a focus when it comes to hiring and ideas, according to Dr J. Jackson-Beckham, diversity ambassador at the Brewers Association, founder of Craft Beer For All, and assistant professor at Randolph College in Virginia. Her educational session "Stop ‘Doing Diversity!’ Build an Inclusive, Equitable, and Just Workplace that Drives Success" focused on providing tangible tips breweries can take to prioritize inclusive measures not just as an ethical imperative, but a financial one as well.

"[Diversity] is something you need to do for a sustainable business," said Jackson-Beckham. Earlier this year, the Brewers Association released a five-step process on how to set inclusion goals in organizations. She urges breweries to review these in order to benefit from a variety of perspectives, including ones historically underrepresented in the craft beer industry.

One more poignant piece of advice she imparted was in reference to a question about how breweries should handle public criticism after making a social media gaffe. "One of the things I think is often missing from crisis plans, they’re often focused on restoring the perception of the organization. A lot of crisis plans don’t include repairing the harm that was done. I think every good crisis plan has to lead with making it right, repairing the harm and then secondarily, restoring the integrity of the brand," advises Jackson-Beckham.

San Diego is not exempt from those controversies, and I’m sure we’ll see our fair share of missteps to come. But I’m hopeful with a little reflection on the past and commitment to the future, we can become as much of a role model in this space as we are simply brewing world-class craft beer.