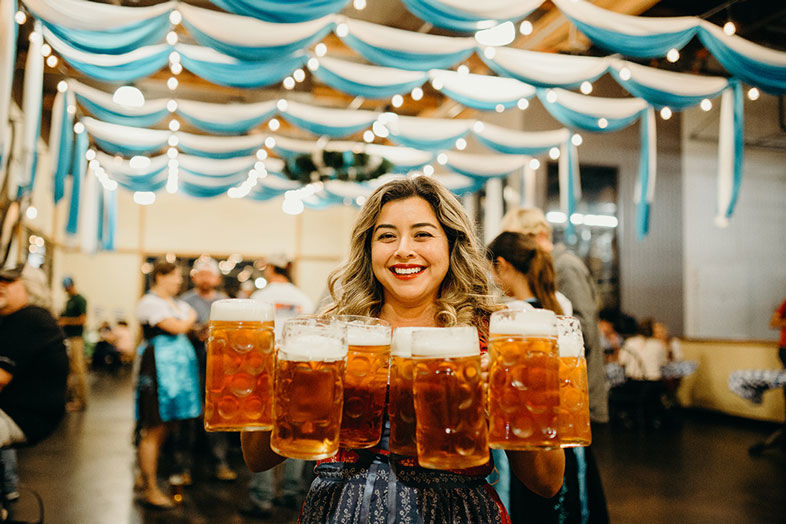 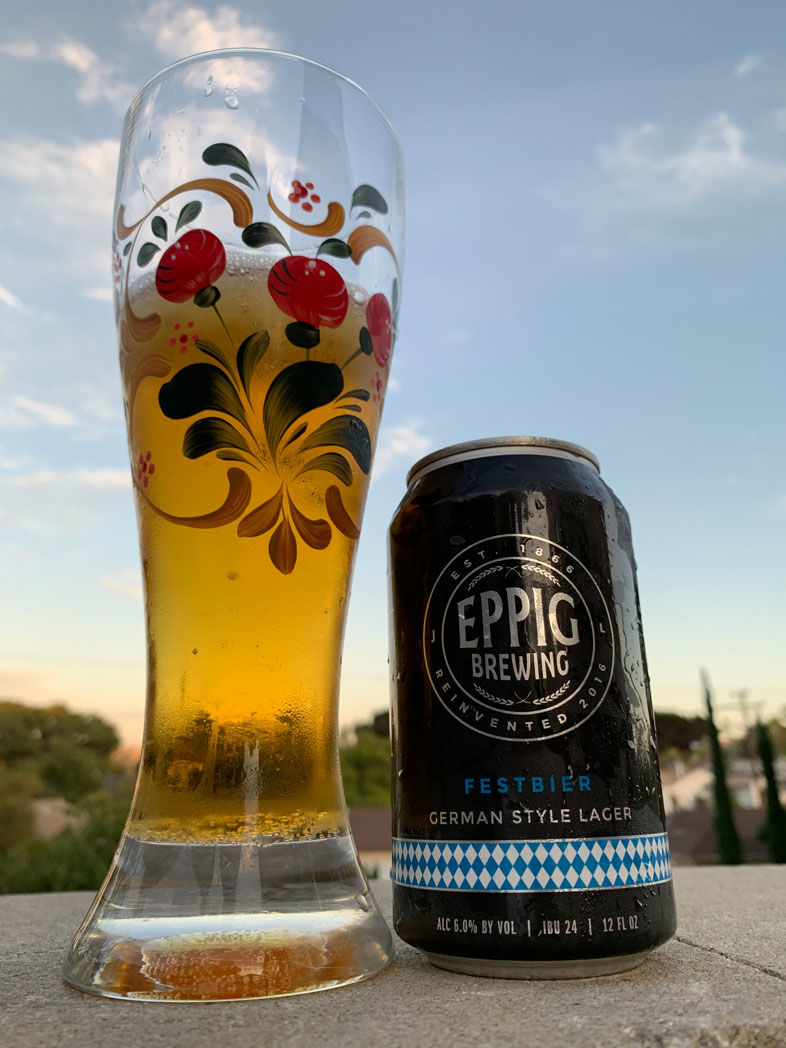 Half of what Americans think they know about Oktoberfest is wrong. First off, Oktoberfest doesn’t start in October. (The annual Bavarian bacchanal in Munich kicks off in mid-September.) Secondly, similar to champagne from the Champagne region of France, Oktoberfestbier isn’t an officially recognized style of beer when served outside of Munich’s festivities.

I could get into the history of why these malty German lagers are often called "Oktoberfests," but frankly, only über beer nerds care. My advice? If a tap or bottle list offers a "festbier," "Oktoberfest," or "Märzen" during the autumn season, order a stein of it. It’ll be crisp, clean, a little creamy, and most likely delicious. San Diego has an abundance of similarly-styled beers, and since these seasonal delights are (regrettably) only available for a few short weeks each fall, it’s worth seeking them out to enjoy them at their freshest.

Karl Strauss Brewing Company has been brewing their Oktoberfest since before half of San Diego’s breweries were even open. Needless to say, they’ve got it pretty well dialed in, and it’s always a solid representation of the style. It’s a wee bit maltier than a classic German festbier, but the Old World hops keep it from getting too Americanized. It’s available at all Karl Strauss locations, but a bottle of it enjoyed in a backyard alongside a plump bratwurst off the grill is my preferred way to go.

Another packaged option to savor outside of the tasting room is Eppig Brewing’s festbier. Eppig’s new brewing headquarters and authentic Bavarian beer hall in Vista aren’t quite open yet, but their take on festbier is available in six-packs at their North Park and Point Loma locations. (Look for the secret message on the bottom of the cans for a fun Oktoberfest Easter egg.) Since lager legend Doug Hasker is between breweries right now—he’ll be back in the brewhouse when Puesto opens in the former Gordon Biersch space in Mission Valley later this year—Eppig’s festbier may very well be the best in town right now.

There are a few other contenders for top honors. Societe Brewing Company’s "Die Kellnerin" Oktoberfest lager is definitely up there. Craft brewers—and yes, I’ll say many San Diego brewers in general—often rely on making the biggest, boldest brews around. We birthed Arrogant Bastard, for Pete’s sake. It takes restraint to put out a beer that relies on craftsmanship rather than showmanship, but the brewers at Societe are masters at this and still somehow achieve both. Die Kellerin is just one example, and an absurdly good one.

Deft Brewing follows the same ideology as Societe when it comes to understated artistry. Their portfolio of European-inspired brews lacks over-the-top offerings in favor of more subtle styles like English IPAs and Belgian singles. Right now, I’d be hard-pressed to find another draft list with a bigger variety of housemade German beers; they have everything from a sticke altbier to a helles lager, schwarzbier, and more. It’s their Märzen that shines, with a richness and complexity that seems to come straight from Deutschland’s beer halls.

Finally, Home Brewing Company remains one of San Diego’s most underrated breweries, despite its strategic location just off 30th Street in North Park. Their tap list of German-inspired lagers and ales will stay on draft for the next few weeks, so I recommend popping by for a pint before it’s too late. (If the keg of Hometoberfest has kicked, any of the saisons will be a solid alternative.)