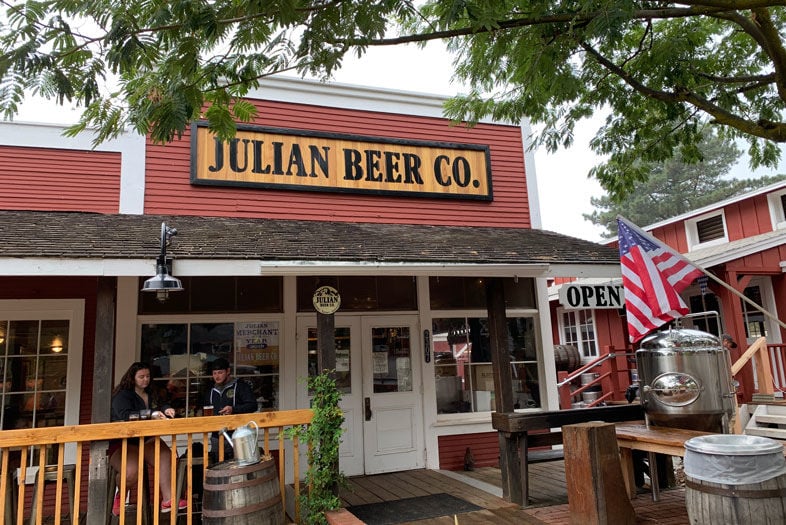 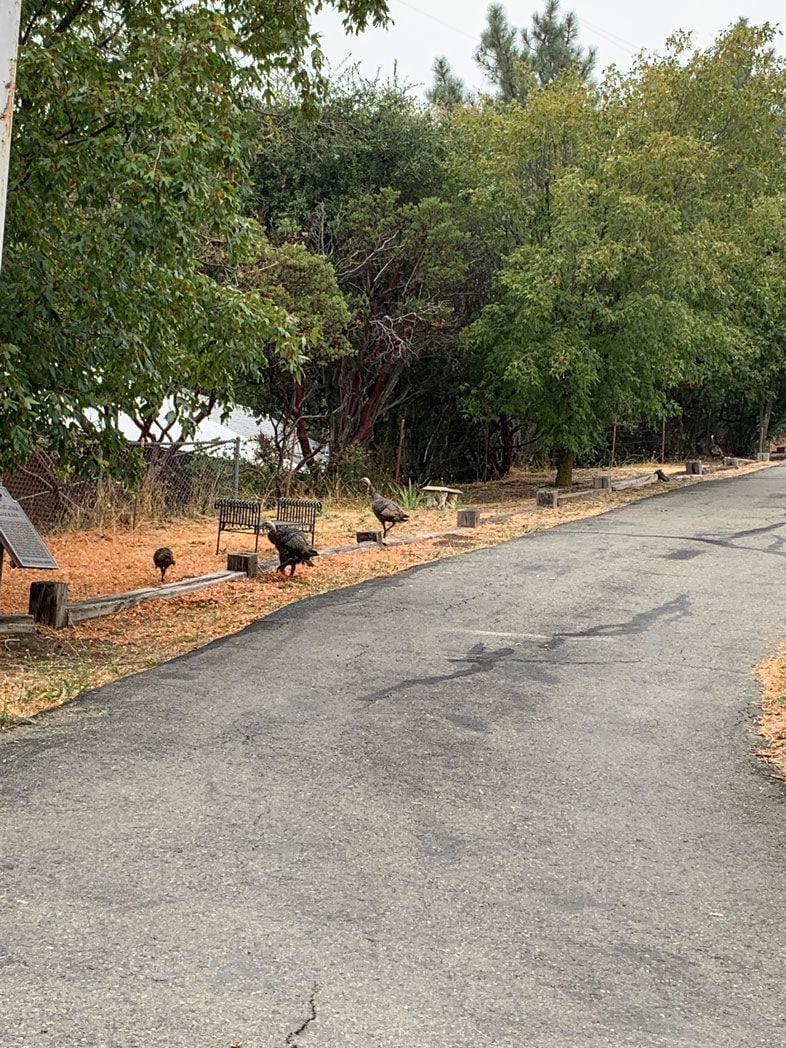 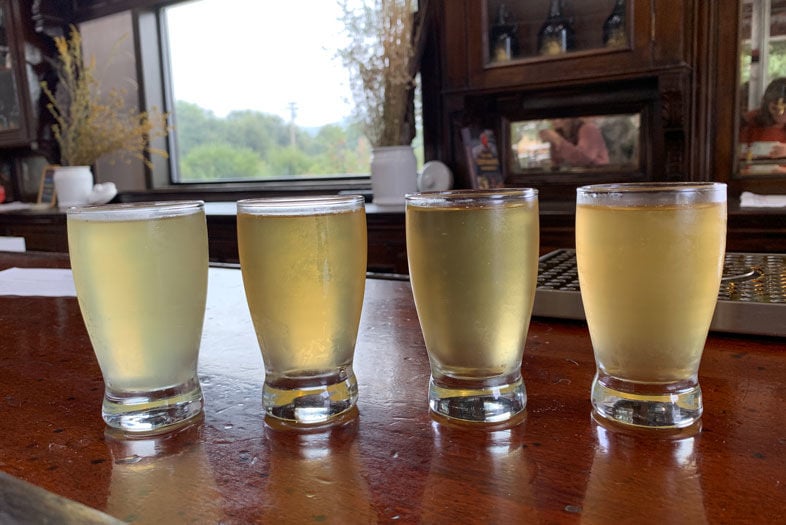 The road to Julian is a serpentine jangle of hairpin twists through desiccated fields and forests, the landscape scarred with the omnipresent specter of wildfires. On this particular day, the mountains remained shrouded in mist into the late afternoon, giving the air an unexpected chill. As I pulled into town, roves of wild turkeys strutted freely in the streets with a self-confidence that bordered on aggressive. "I’m here for the beer, not you," I thought to myself as I pushed the door into Julian Beer Company open and stepped inside.

The backcountry brewery and barbecue joint, run by Vince Marsaglia—yes, the same Marsaglia family of Pizza Port/The Lost Abbey/Port Brewing fame—and head brewer Matt Pitman has 14 house beers available, with a smattering of guest taps and one local hard cider. Since it’s the final days of wet hop beer season, I opt for the "Sultry-N-Wet" (tacky name notwithstanding) and "Wild Flowers," two IPAs made with fresh whole cone hops rather than the typical pellet version. Despite their similarities, the Wild Flowers solely dazzled; copious notes of herbal and floral hops dominated the aroma and flavor, with a smooth white pepper spiciness completing the palate experience.

But Julian is a two brewery town, so after some fire pit smoked buffalo wings—holy cow, those were good—I meandered to the other side of town to Nickel Beer Company, a similarly cozy cabin-esque tasting room with even more wild turkeys rambling around the parking lot. (Seriously, what’s with all the turkeys?) Their tap list tends to be hop-heavy, but autumn means it’s time for Apple Pie Ale, a beer/cider hybrid spiced with cinnamon, ginger, nutmeg, allspice, and cloves. I came to Julian for apples and beer, so finding them in one glass is a best-case scenario. Aromatically intense and inviting, it finishes not too dry or too sweet—the ideal amalgam of both beverages.

It wouldn’t be a trip to Julian without a visit to at least one cidery. (Plus, there aren’t any more breweries to visit within city limits.) Calico Cidery opened their tasting room along Highway 78 just over a month ago, and it’s adorably twee. Nestled just steps from their organic orchard brimming with Jonagolds, Empires, and other red-cheeked varieties, the bar-in-a-barn is filled with the intoxicating scent of fruits, flowers, and fresh air. Only four ciders are served: Perry (made with three types of pears), Lavender (fermented with French lavender), Dry (a standard dry cider containing 2 percent crabapples), and Pineapple Weed (made with a native plant reminiscent of pineapple). None are above 6 percent ABV and all are bone-dry; native yeast gives them each a commonality that seems to convey a very specific time and taste. "There it is," I say silently. "The terroir of Julian."

I’m a beer drinker, but the sheer range of flavors and clear craftsmanship at Calico might be enough to convert me. The few patrons milling about breezily chatted with one another and shared tasting notes, but never veered into pomposity as craft beer zealots are wont to do. I watched the afternoon fog swirl through the gnarled limbs, profuse with fruit ripe for the cider press. One last sip of liquid sunshine, and it was as close to heaven as I could hope to get.