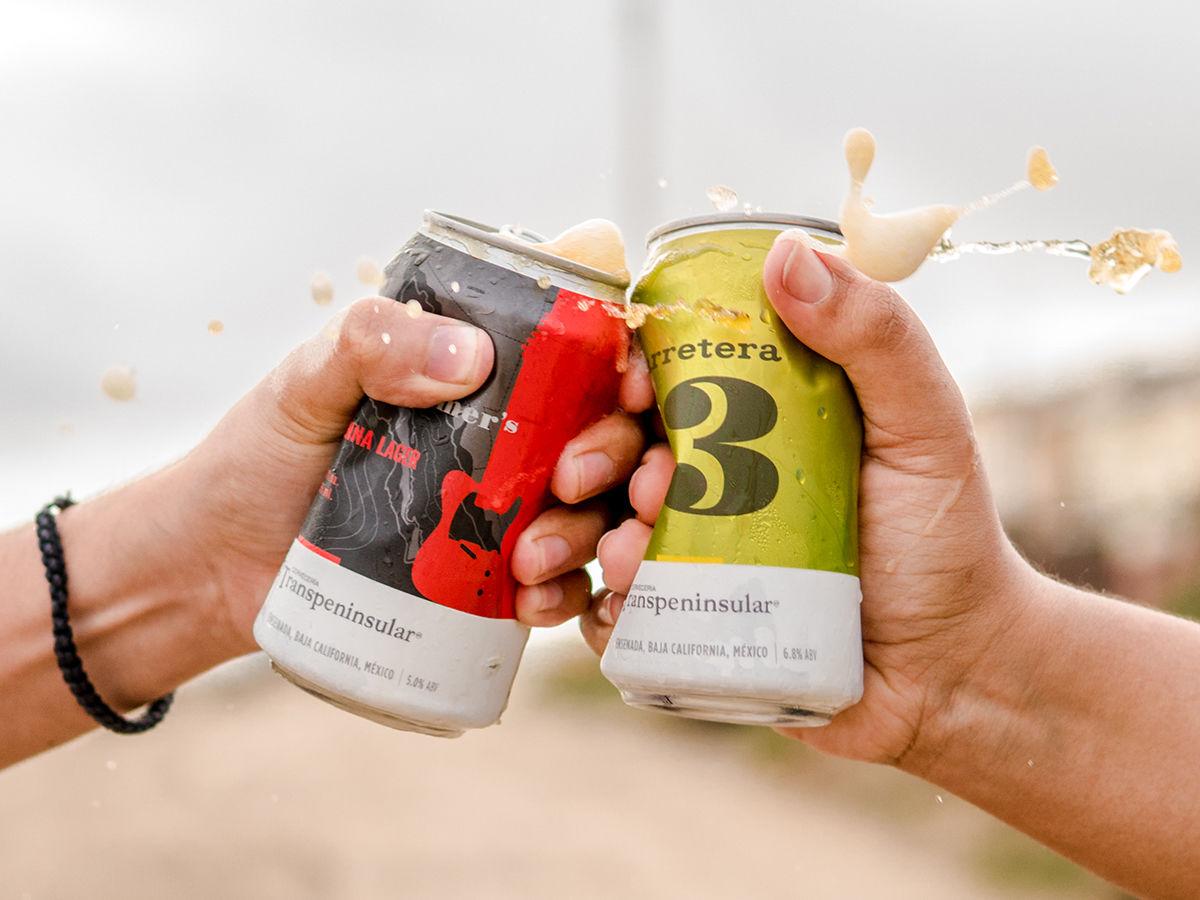 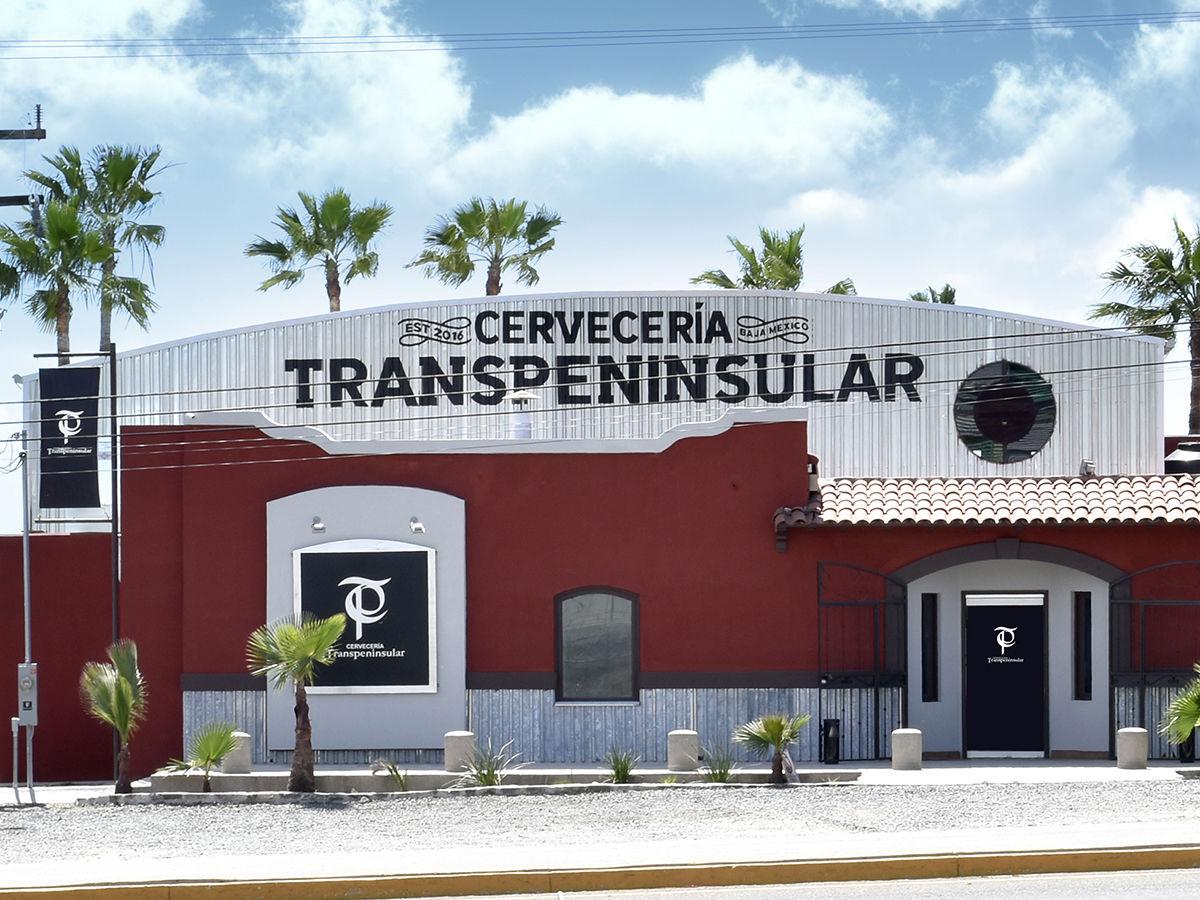 Craft beer is booming in Baja California. What was once a grassroots network of passionate homebrewers clandestinely sharing their brews with family and friends has transformed into a multimillion-dollar industry representing nearly one-fifth of Mexico’s entire economic output of cerveza artesenal.

In October 2019, the Mexican Association of Beer Makers (ACERMEX), an organization similar to the United States’ Brewers Association, estimated the country would surpass 1,000 craft beer companies by the start of 2020, many of whom are based in the state of Baja California. But this persistent rise of beer businesses has been fraught with roadblocks, forcing scrappy entrepreneurs to fight tooth and nail to operate openly.

These obstacles range from a near-complete stranglehold of the market by Anheuser-Busch InBev–owned Grupo Modelo and Heineken-owned Cuauhtémoc Moctezuma to prohibitively expensive import taxes on ingredients. When asked what’s stifling Baja breweries’ growth, Collin Corrigan, a San Diego native and founder of Ensenada’s Cervecería Transpeninsular, just laughs. “Do you have a couple days to listen? I could go on for hours.”

But these challenges have done little to stem the tide of small, independently owned craft breweries opening across Baja California, especially in cities like Tijuana, Mexicali, and Ensenada. Early pioneers like Cervecería Insurgente and Wendlandt Cervecería helped spark the revolution with a hefty dose of influence from San Diego.

“If it wasn’t for our proximity [to San Diego], not only would we not have been exposed to all the beers that marked our career, creatively and technically, but we wouldn’t have access to the fresh and readily available ingredients,” says Ivan Morales, cofounder of Insurgente. “The community of brewers between both cities have done a very good job of working together.”

Arguably, San Diego’s biggest contribution to Baja’s burgeoning beer scene is exposing drinkers to super-hoppy beers like IPAs. Mexico’s best-selling beer has long been Corona from Grupo Modelo, which is also one of the top five most consumed beers in the world. Now, brewers hope these historically flaccid lagers will serve as a gateway to more adventurous brews. Other styles that have fallen out of fashion in the US, like robust porters and amber ales, are prevalent on Baja tap lists.

But as I, a pretty frequent drinker of San Diego craft beer, began to explore the Baja beer scenes in earnest, a few obvious differences unfurled. Quality is sporadic—an issue most brewers openly admit. More than once, a brewer has poured me a not-quite-right splash straight from the tanks with a shrug and a promise that they’ll tweak it the next time. Nothing’s undrinkable, but there’s a lot that wouldn’t fly in the US.

The biggest and more attractive difference is a feeling, a vibe, an excitement—that unspoiled naivete about collectively building something from the ground up and giving the big boys of beer the middle finger at the same time. Experimentation and innovation are encouraged, and while the results don’t always land, it’s intoxicating to witness. Baja brewers are unfettered by expectations (although with a decent amount of awards already earned, that’s sure to change). Still, it must be difficult to define oneself in the shadow of San Diego beer.

“[Baja beer] is still trying to find its spot,” Corrigan says. “We have not established our own uniqueness.”

Morales is confident that not only will Baja get there, but they’re already there. “I think Baja will continue to be the bastion of craft beer in Mexico because of our openness and confluence of new ideas. Tijuana, in particular, is a sort of melting pot that has always allowed for an influx of different currents; it’s an ever-changing city that does a very good job of adapting to changing contexts.”

As beer quality increases and logistical barriers decrease, it’s likely that more breweries across Baja will open and garner further international recognition in competitions like the World Beer Cup. If the current course of pressure on the government to relax restrictions on independent breweries continues, the number of craft breweries exporting to the US and other countries will probably rise as well. But my one hope for the future of Baja beer isn’t “better” beer or more styles. It’s that they maintain that sense of camaraderie that we’ve somewhat lost under the weight of the crown. In that vein, long may Baja reign.

Visiting the entirety of Baja California requires more than a day trip from San Diego, but here are six Baja beer spots close by that will quench your thirst for adventure (overnight stays optional).

This Tijuana trailblazer helped put Baja beer on the map when they opened in 2010, a few years before the surge of new taprooms took off. Today, their modern taproom and production facility is the hipster hub of TJ’s craft beer scene, complete with a rooftop patio, two-story mural, and a gigantic array of beers on draft.

Fauna has been named “the best brewery in Mexico” more than once, and it’s easy to see why. Quality isn’t an issue here, and this fantasy-themed oasis in the desert is worth the trek. Their Belgian-style brews are standouts, as are their higher-ABV offerings like an imperial stout and barleywine. This brewery is one to watch.

Ask anyone familiar with the Baja beer scene who they consider to be the most influential brewery, and chances are they’ll mention Wendlandt (which also nabbed the “best brewery in Mexico” title at Mexico City’s 2019 Copa Cerveza competition). Try the Baja pilsner; you won’t regret it.

This two-story beachside brewery along the coast of Ensenada offers ocean views and even better brews. Their Berliner weisse are light and bright, while their array of IPAs are San Diego–worthy. Cozy up to a window seat and enjoy.

Two breweries under one roof means twice the fun. Conveniently situated along Tijuana’s main drag, Avenida Revolución, this Instagrammable space offers a diverse array of draft beers served with a hip vibe. It’s this type of collaboration that captures the spirit of Baja beer.

Including a brewery owned by an American is a little controversial, but it’s hard to argue with the consistent quality coming out of this Ensenada brewpub. They’ve gotten ahead of the game by offering plenty of cans and crowlers rather than bottles (which still dominate Mexican beer packaging), and the Russian imperial stout is one of the best I’ve ever had.