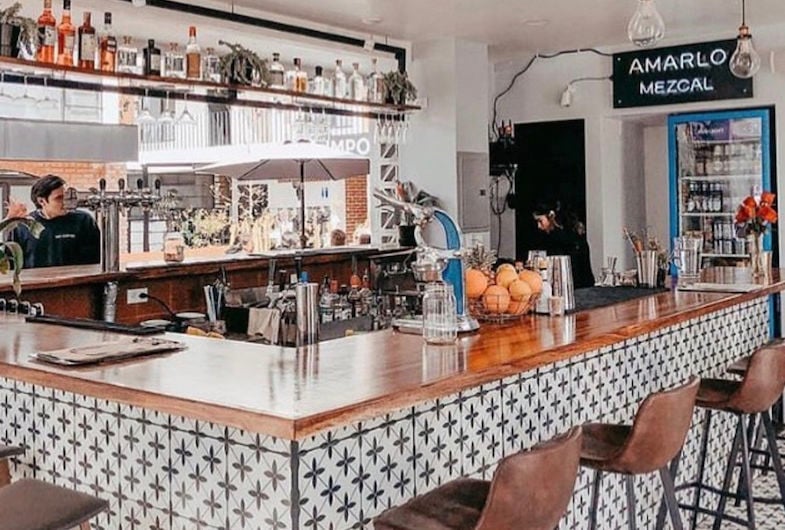 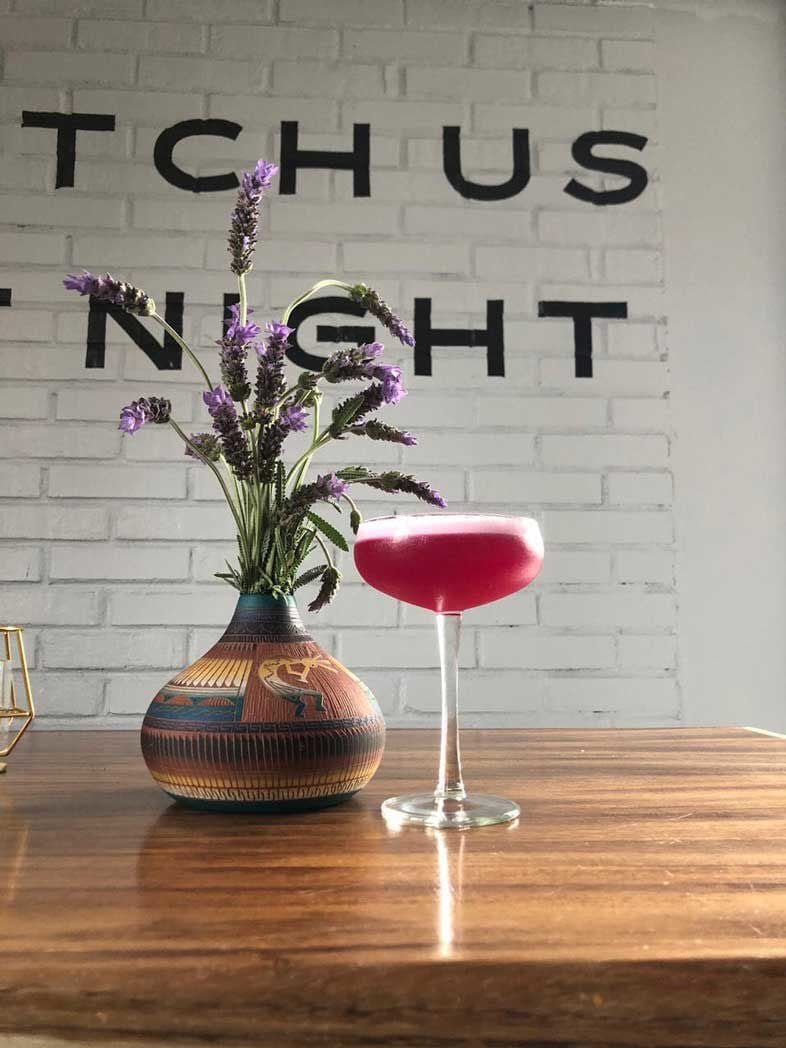 A decade ago, if you walked across the border to Tijuana, you’d exit near a pair of rundown residential buildings with "Estación Federal" spelled out in mosaic tile. Artists, architects, and writers looking for community and cheap rent filled the buildings, though at some point the squalor lost its charm. The buildings sat mostly vacant until a couple years ago, when developers decided to make them part of downtown Tijuana’s revitalization.

The result is an attractive mixed-use space—called Estación Federal—that honors the neighborhood, Colonia Federal, and its history. There are affordable lofts, offices, restaurants, a coffee shop, and—since this is a cocktail blog—a cocktail bar. Named Cereus after a desert plant that blooms at night ("Catch us at night" is one of the bar’s taglines), it’s an exciting addition to Tijuana’s growing craft cocktail scene.

Irving Gonzalez, well-respected for his cocktail-making skills on both sides of the border, came up with the menu. He said he wanted to create something fresh and fun, and though the bar soft-opened at the beginning of a cold February, he envisioned folks enjoying the cocktails on Cereus’s open-air patio on warm evenings.

The bar’s signature cocktail is the Desierto, made with prickly pear juice, lavender syrup, Enmienda 18 (a small-batch gin made by Tijuana’s Agua Caliente Distillery), lemon juice, and egg white, garnished with a sprinkling of hibiscus salt. Served in a coupe glass, it’s the color of a Baja sunset.

For something lighter, try the Baja Summer, a TJ version of a tiki cocktail, made with tequila, orgeat, Aperol, grapefruit, and lemon. One of the more popular cocktails has been the namesake Estación Federal, a Negroni variation made with dry vermouth, Campari, Enmienda gin, and Ancho Reyes.

Gonzalez says he’s been pleased with how open Tijuanenses have been to craft cocktails. Despite Tijuana’s history as a Prohibition-era destination, it wasn’t too long ago that folks would order a daiquiri and expect it frozen. Now they’re asking for the real thing.

"People are realizing the true flavors for cocktails," Gonzalez says. "When people go to a bar and ask for a mai tai, they really are expecting an authentic mai tai."

While you won’t find Gonzalez behind the bar—he was brought on as a consultant—he says customers are in good hands with lead bartenders Elzbeth Gomez and Sofia Escaravante.

"They are amazing," he says. "I was so blessed to find them."

Cereus (Larroque 271, Colonia Federal) is still in soft-opening mode, but is open regular hours—noon-ish to around midnight most nights and 2 a.m. Fridays and Saturdays.

Got an idea for a future post? Email me.