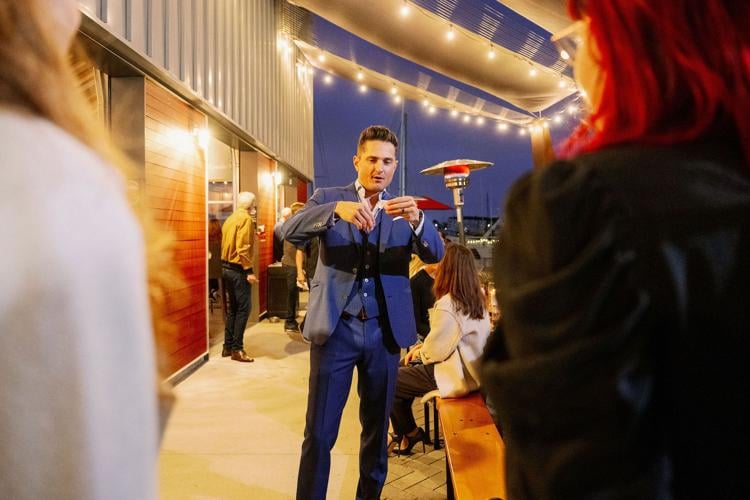 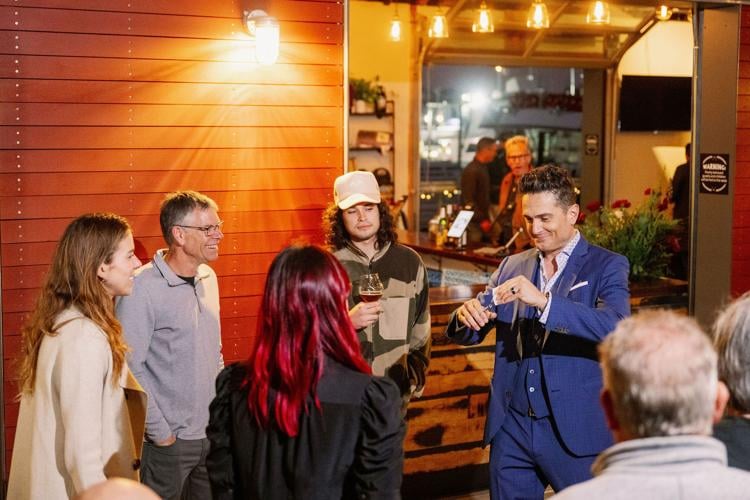 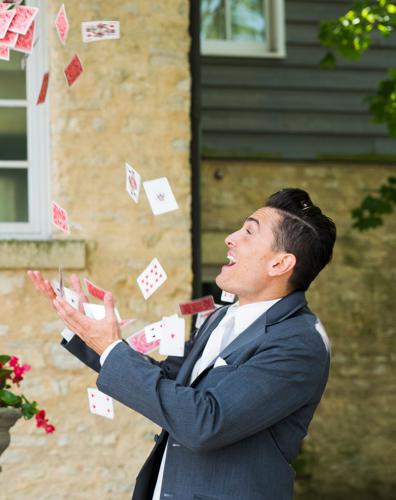 Nick Ivory believes in Santa Claus. After all, if you’re going to make your living doing magic, it's a decent idea to believe in it. The 42 year-old magician and mentalist (sort of like mind reading), sometimes entertains crowds of more than 500 people from coast to coast.

On a Saturday afternoon at the Waverly in Cardiff, the Encinitas resident strolls through the tables, chatting with patrons and inviting them to also believe in Santa. He prompts me to place my hands in a fist above the countertop. He draws a doodle on the palm of the woman sitting next to me, and asks her to also make a fist. And then—presto!—he makes the doodle jump from the woman’s palm into my own.

It is magical. A little mind blowing. All due respect, it beats watching a Caesar salad manifest itself tabeside. I feel ever so closer to believing in Santa Claus.

“As a kid, everything is magical because you don’t have the explanation for everything,” Ivory says. Then we grow older. Our capacity for enchantment wanes. Disbelief gets harder and harder to suspend.

When Ivory was a 10-year-old boy in suburban Chicago, he stumbled into Bob James’ Magic & Curiosities. “It was the closest thing to Harry Potter we had before Harry Potter,” he remembers. He played basketball and went to the movies like other kids his age, but most of the time, Ivory was at Bob’s magic shop. He poured his allowance into how-to books and magic tricks. Wary of this burgeoning professional aspiration, his parents encouraged him to find real work. And he did. He took a part-time job at the magic shop.

“The first coin trick I ever saw was a guy put a half dollar in one of my hands and a Mexican centavo in my other hand,” Ivory says. “He’d do a little spiel and I opened my hand and the copper coin turned into a silver quarter.”

Eventually, he’d begin performing on Friday nights at a restaurant where his brother worked. He began to groom his talent and social skills. Before Ivory found magic, he was shy and wouldn’t talk to a lot of people. But magic routines follow a script—a roadmap for socializing. He performed them over and over, gradually giving him more confidence and a sense of ease.

After high school, Ivory traded midwest winters for Las Vegas. Sin City is to magicians what Nashville is to country singers, what Silicon Valley is to teenage billionaires to be. The promise land and the big test. Only the place was, and still is, oversaturated with talent. So Ivory found his way to San Diego.

Ivory was—is—very good. He wasn’t doing starter tricks at lonely Italian restaurants. During the early aughts, he was a regular at Stingaree nightclub (now Nova) in the Gaslamp, Intervention pool parties at the Hard Rock Hotel, and Tilted Kilt locations across the county.

“When people think of magic, the problem is, they kind of think it’s cheesy. They think of a guy pulling a rabbit out of a hat. But once I do a few tricks, their demeanor completely changes. I’ve got them hooked.”

Shouting over bustling dining rooms will often leave Ivory’s voice cracked and hoarse. After a bout of performances, he uses the piano as a centering device. Sometimes he tinkers at the keys for hours. He’s played the piano longer than he’s done magic, and has been chipping away at a music degree in interdisciplinary studies (jazz improvisation, musical composition and theory) from Berklee College of Music.

“I’m very flamboyant with the piano,” he says.

A magician should never play any other way.