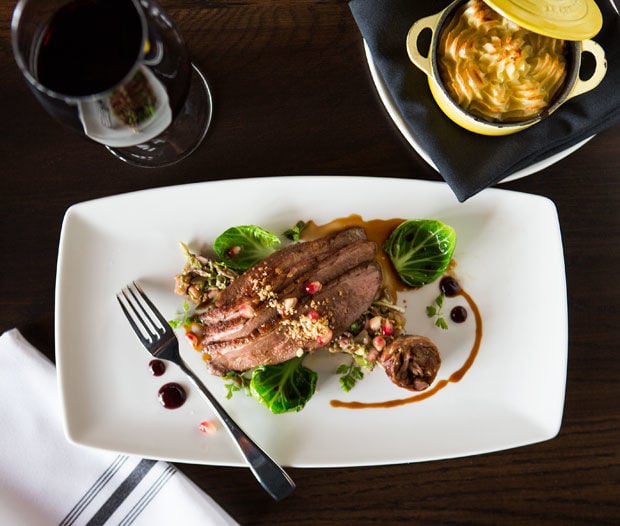 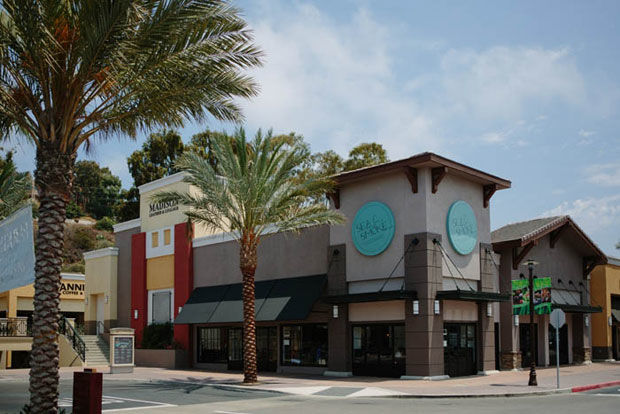 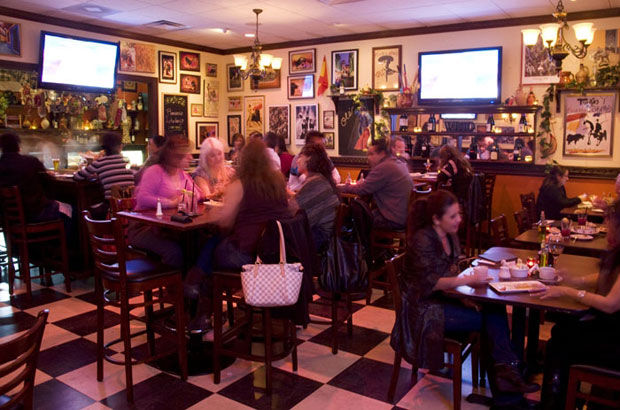 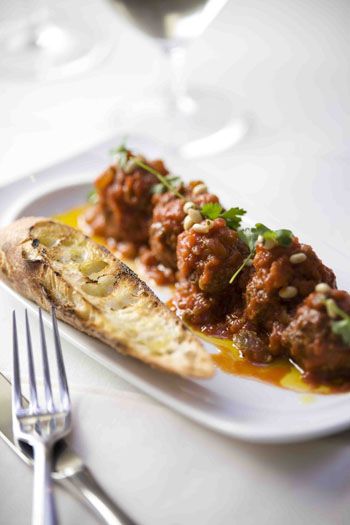 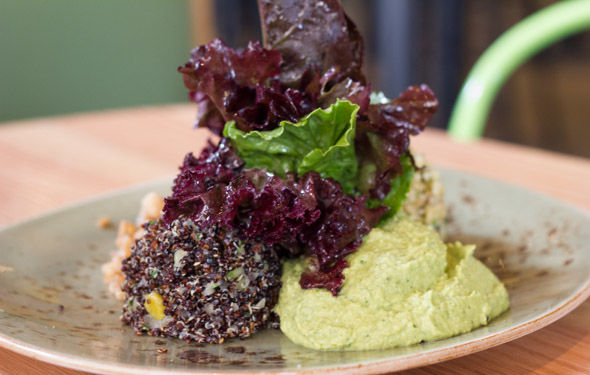 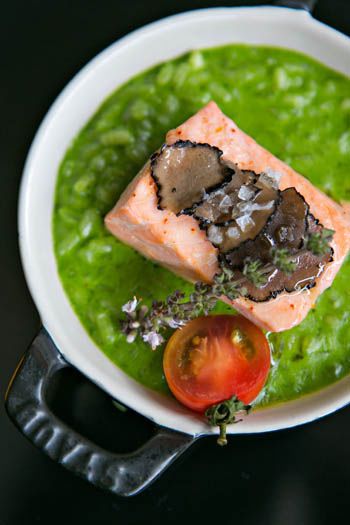 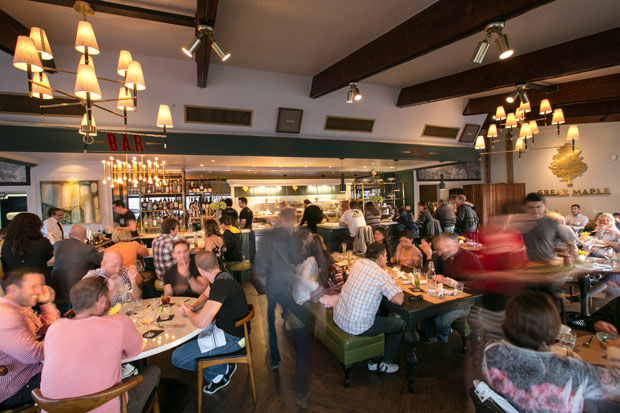 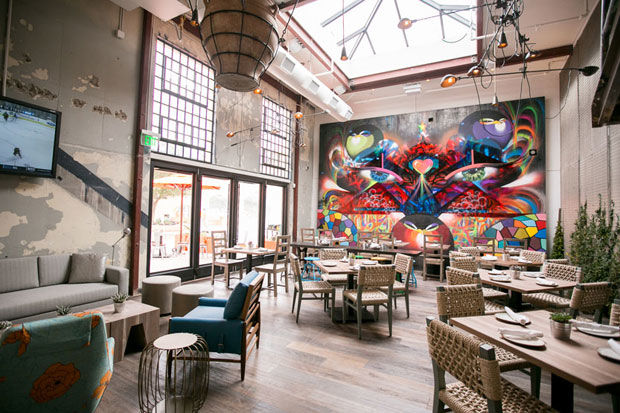 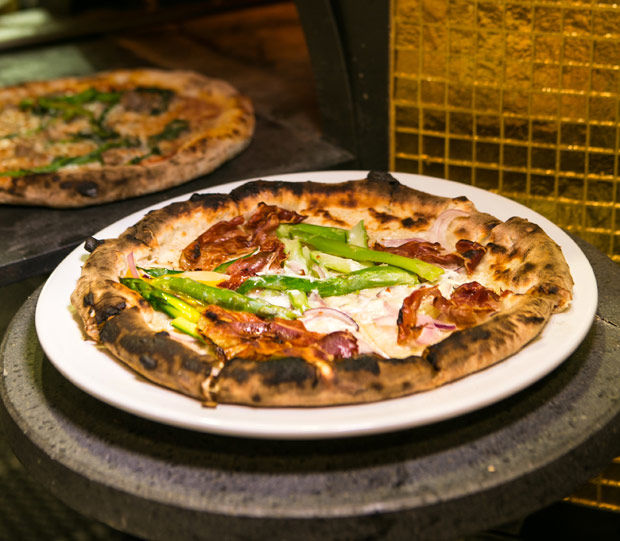 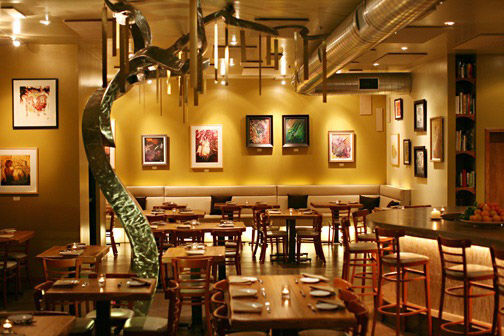 Make lists. It’s what we do, a necessary itemization of harried modern life. I am one to argue with the pellet-ization of narrative. But let’s talk about that over a beer, because I’ve got a job to do. And that job is to make my annual "Top San Diego Restaurants of 2013" list. This is different from a pure "best restaurants of the city" list. That would include Addison, Market, Marine Room, Whisknladle, Veladora, TJ Oyster Bar, etc. This is more about who made significant mark in 2013, or new restaurants that arrived and made a memorable impression. It’s who took the year and ran with it, or who saw the year fall in their lap and didn’t drop it on the floor.

You can do a lot with $2.5 Million, including mess things up real bad. Luckily, the wholesale reinvention of the once-famous El Bizcocho is a success. El Biz was like that well-appointed room in the house no one ever sat in, hermetically sealed off from the beautiful grounds of Rancho Bernardo Inn. Reborn as Avant, it has no less than five distinct experiences—including a covered patio (with fireplace), a living room (also with fireplace), a lively bar (with housemade mustards on tap), a formal dining room and a private dining room with performance kitchen built-in. It’s alive.

I’m aware it’s a mall and not a restaurant. And malls don’t have much sex appeal. But Flower Hill officially joined the mall-food renaissance with its $30 Million overhaul, ditching chain food (Chevy’s) for Cucina Enoteca, a nifty looking project from successful local restaurateur Tracy Borkum. They also pulled in chef Matt Gordon (Urban Solace), who put his wood-burning braised meats concept Sea & Smoke into the former home of Paradise Grille. It was a welcome shakeup for the sleepy hollow that is Del Mar’s food scene.

The biggest thing in San Diego restaurants right now is Baja. The region, including Tijuana, is having its own culinary surge that’s spilling over the border in the form of collaborative dinners and gringo-Mex concepts. Romesco is the epicenter of this movement, under the guidance of one hell of a talented chef in Javier Plascencia. Located in a strip mall in Bonita, Romesco is another world inside—with a traditional wooden bar, heavy wooden wainscoting, black-and-white bistro floors, white tablecloths. But it’s Plascencia’s food. Mexican, but not. Like sopes topped with roasted bone marrow and a Cabernet sauce. Or the best braised short rib I’ve had. Easily the best high-end Mexican-esque in San Diego. And now it's open for lunch.

In this list-making business, it’s a natural evil to speak in "best" or "better" terms. Don’t really care for that part of the job, because it suggests others are less or lesser. But I’m sure accountants don’t particularly love spreadsheets so I’ll shut up and name my best. And that’s Jason Knibb. Nine-Ten’s chef will be on my list from now until he skips town or I stop making lists. Nine out of 10 top San Diego chefs I quiz about their favorite point his direction. On another plane.

To say it’s an L.A.-based chain is not to get the real story. Local chef and skilled butcher Pete Balistreri has taken charge at the San Diego locations and turned them into some of the best healthy-gourmet lunch options around. This year they opened their second spot in Downtown San Diego and they’re planning 30 more throughout California between now and 2016. Specifically in San Diego, they’ve got their eye on Mission Valley, Belmont Shores and Carlsbad.

Last I checked, the sign was still a tarp. The décor needed an overhaul. It’s in Escondido, which may as well be Mars for a bulk of the county’s residents. But the staff here beats out most highfalutin’ bistros. Owner Gianina Pickens hired Master French Chef Patrick Ponsaty, one of the most talented cooks in the country, let alone EscondidoMars. He serves as the corporate chef for the group, which also owns the Ranch at Bandy Canyon. Day-to-day is handled by exec chef Mike Reidy, a young alum of El Bizcocho. Front of the house is Trevor Da Costa—another El Biz alum and an old-world, moustachio’d, cuff-linked sort of hospitality pro. There’s even a young server named Kyle who looks about 18 and knows more about food than many gourmet lifers. The space doesn’t as yet do its talent justice… but what fantastic food and a what a sheer load of talent. Aim your rover toward its planet.

An iconic spot goes up for grabs, with rumors of a chain putting in a flapjacks dispenser. Local Johnny Rivera—already busy enough with his Hash House A-Go-Go and Tractor Room—steps in, renovates the joint, and keeps a neighborhood joint a neighborhood joint. The lobster poutine should be outlawed in many states due to its addictive nature. The lamb is perfect. And the bacon-spackled donuts are ripe for any latent bacon issues you may need to work out. Moreover, Rivera tends to be guilty of giving a damn, and hires people who know how to make meals a bit of a party.

When it was announced the Old Police Headquarters near Seaport Village would become a restaurants-and-retail destination, I was hoping the tenants would reflect the property—local, historical, full of character. I had utopian visions of a Greatest Hits of San Diego Dining. A Rocky’s next to a Mister A’s takeout, an Old Trieste up against Sushi Ota 2. That didn’t quite happen at The Headquarters, with chains like Cheesecake Factory and Eddie V’s coming in. I get it. Big anchor tenants pay the bills. But Puesto is local—a hyper-fresh street-taco joint started by a couple of La Jolla brothers. They started with a smaller outpost in La Jolla, then launched a taco truck, and finally opened this modern-architecture stunner at The Headquarters. Local cocktail whiz Ian Ward is on board for the mescal-friendly bar program, too. To me it’s the biggest success of The Headquarters’ vision.

Puesto's lobster cilantro tacos were one of the best things Troy ate in October!

Neapolitan-style pizza has taken over San Diego in the last few years, and South Park’s Buona Forchetta represents the best of the movement. The owner is the heir of famed olive oil family, Farchioni. They enlisted a three-time World Pizza Champion to consult, and they convinced the city to let them pool-out a huge patio on the corner. Your grinding modern fear of carbohydrates is really challenged at a place like this.

Very few restaurants give as much of a **it as Alchemy does. They’re constantly working on community-focused initiatives, whether it’s healthy food in schools, health insurance for restaurant workers, or the San Diego Hunger Coalition. And while caring is great, there are plenty of bleeding hearts who stink at cooking. Luckily, chef Ricardo Heredia is a real talent. The very best restaurants aren’t just good food and impeccable service among nifty art. They’re cultural gathering places, a nexus where neighbors come to hang, share repast, get inspired. Very few bring it all together. This one does.