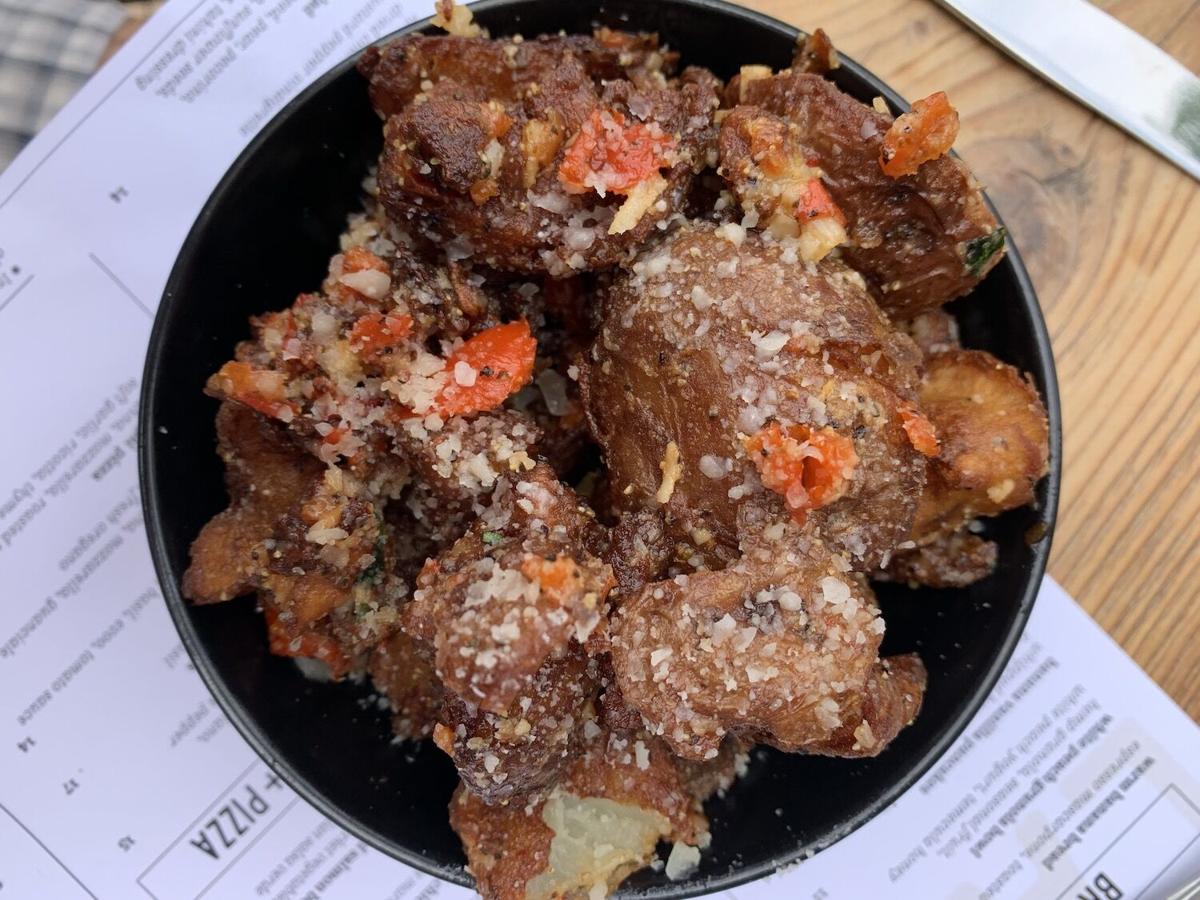 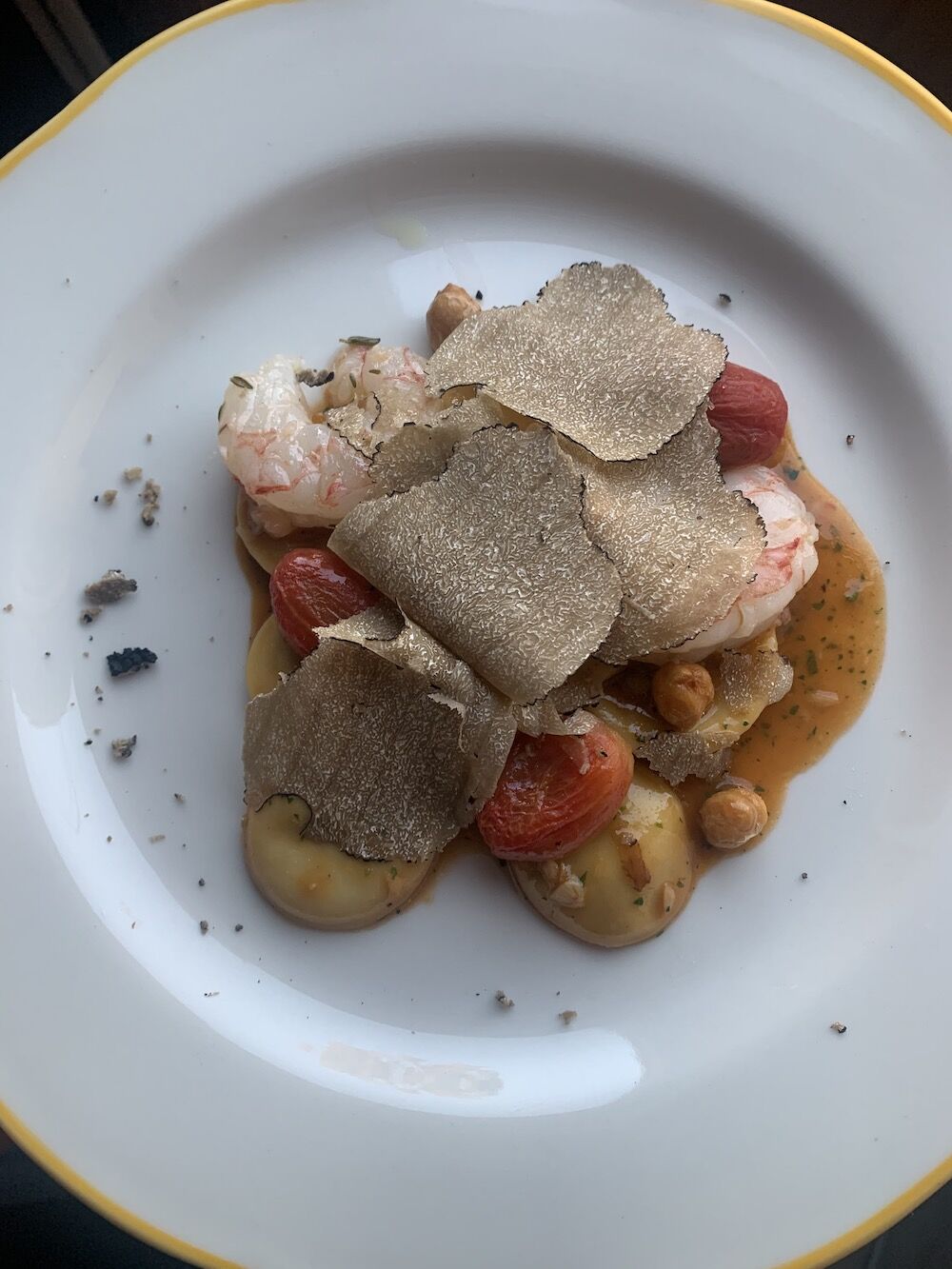 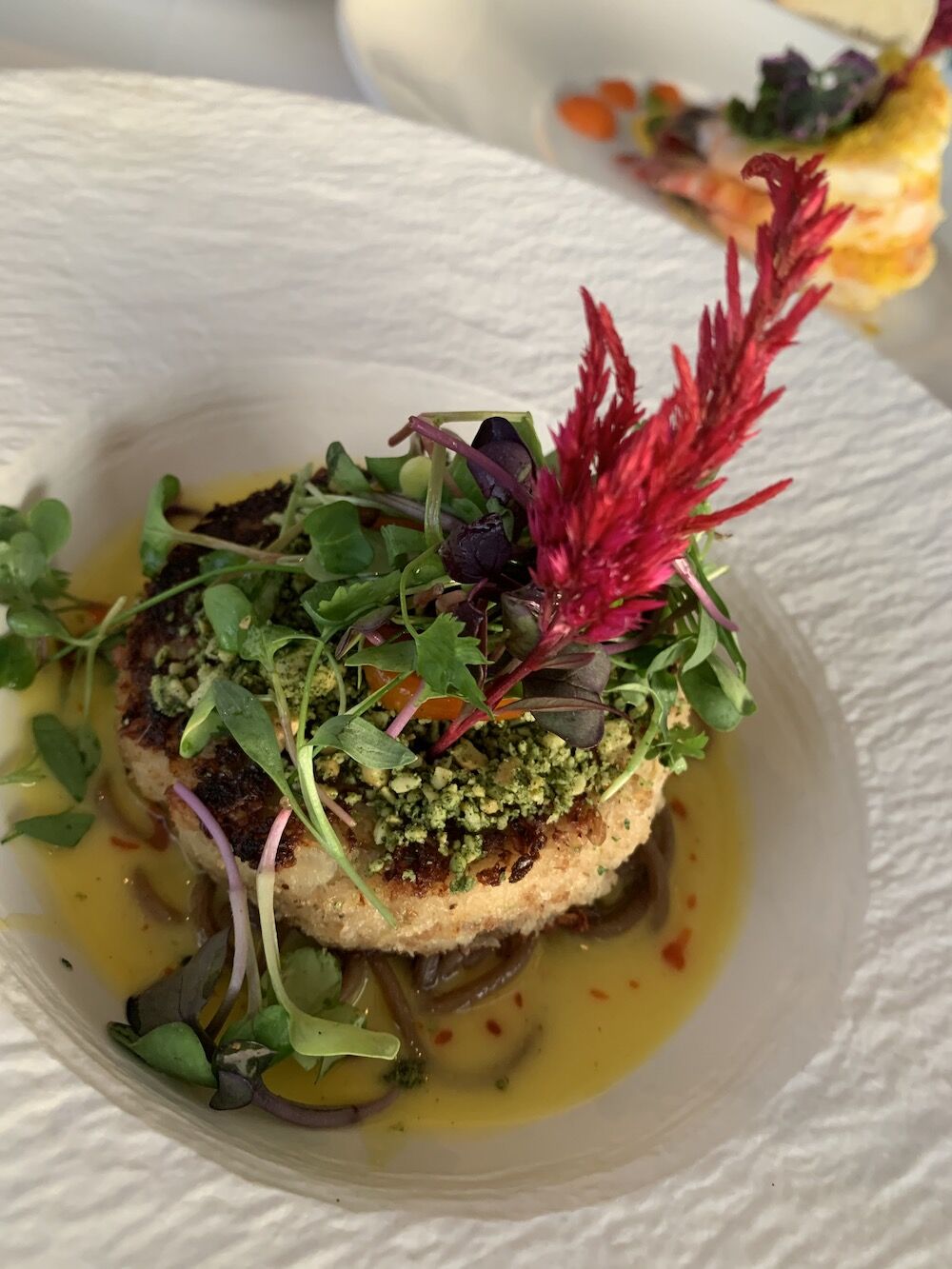 Breakfast potatoes are the working-class hero of breakfast restaurants. Even terrible ones barely browned and drowned in ketchup will ward off any morning-after ghosts that haunt you. But after their successes with Trust, Fort Oak, The Wise Ox, and Rare Society chef Brad Wise and pastry chef Jeremy Harville have earned our faith. Cardellino is their all-day concept, starting with Harville’s pastries (get the warm banana bread with espresso mascarpone) and into lunch (get the Italian hoagie, which Wise says he makes the exact same way he made it as a kid on his first job at a deli, only with drastically better ingredients). The breakfast potatoes from Wise and chef Mark Schmitt are salted, steamed, smashed by hand, then deep-fried and topped with Parmesan, pickled peppers, and herb butter. It’s that relish, spicy and sharp against the deep notes of the butter and Parmesan, that sets it off.

Hand tools hang on the wall over the flour-dusted pasta station at Cori Pastificio. There are many places magic happens, and this is one of them. It’s where chef-owner Accursio Lota, winner of the 2017 Barilla Pasta World Championship and one of the most talented, low-key Italian chefs in San Diego—crafts his restaurant’s pasta every day. Like this ravioli I had at a recent dinner featuring local fishmonger Tommy Gomes (a fifth-generation San Diegan whose knowledge of seafood got him his own TV show). The ravioli is cut twice with cookie cutters so they have no edges, just a silken sphere filled with red shrimp bisque (the heads and shells are used to make a very thick broth, thickened with a touch of agar). He adds prawns that’ve been simmering in warm water with thyme and basil, not even cooked as much as delicately warmed through. Cherry tomatoes are marinated with lemon-thyme, orange zest, and basil overnight, then low-cooked in the oven until they’re confited. Finally: deep-fried garbanzo beans for texture, and Umbrian summer truffle atop. Since this was a special dinner, it may not be available on the menu. But it’s proof that any seasonal pasta dish here will do for a general, foundational, and profound level of contentment.

The Marine Room really doesn’t have to try as hard as it does. They arrived in San Diego early (80 years ago in 1941), securing the best seat, nestled literally in the water of La Jolla Cove. They could just gussy up unfrozen tilapia with a few limp microgreens, or serve last week’s hot dogs in Wonder Bread with flat RC Cola. We’d all still pay a premium to chew here. And yet they’ve harbored some of the best talent in chef Bernard Guillas (one of only two French Master Chefs in the city) and recently arrived Mike Minor, who spent years running the show at Border Grill, the famed Mexican restaurant from Susan Feniger and Mary Sue Milliken. This crab cake is a little sketch on the art of simplicity. Whereas subpar seafood cakes are loaded with filler and deep-fried to hide their crimes, this is fresh chunks of jumbo lump crab with pieces of scallop and crème fraîche over buckwheat noodles and an elderflower-saffron sauce. Finished, of course, with Guillas’s trademark presentation flair—in this case, what appears to be an autumn spruce tree on fire.