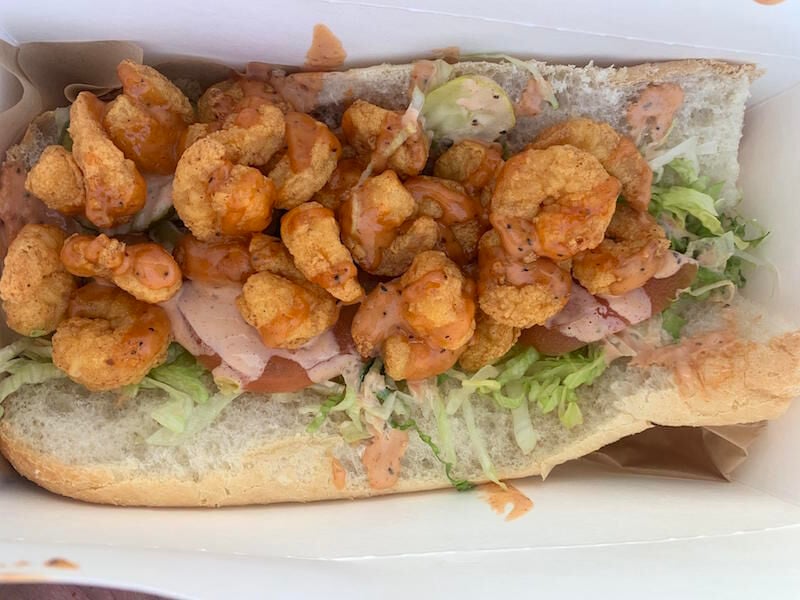 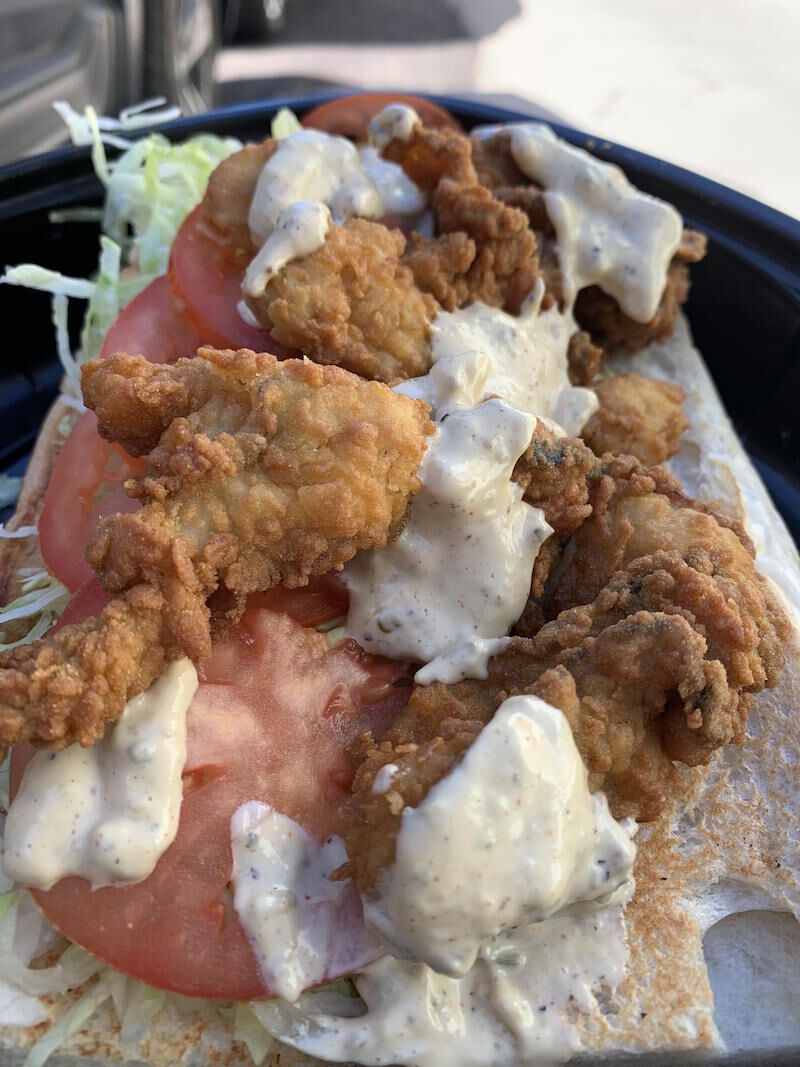 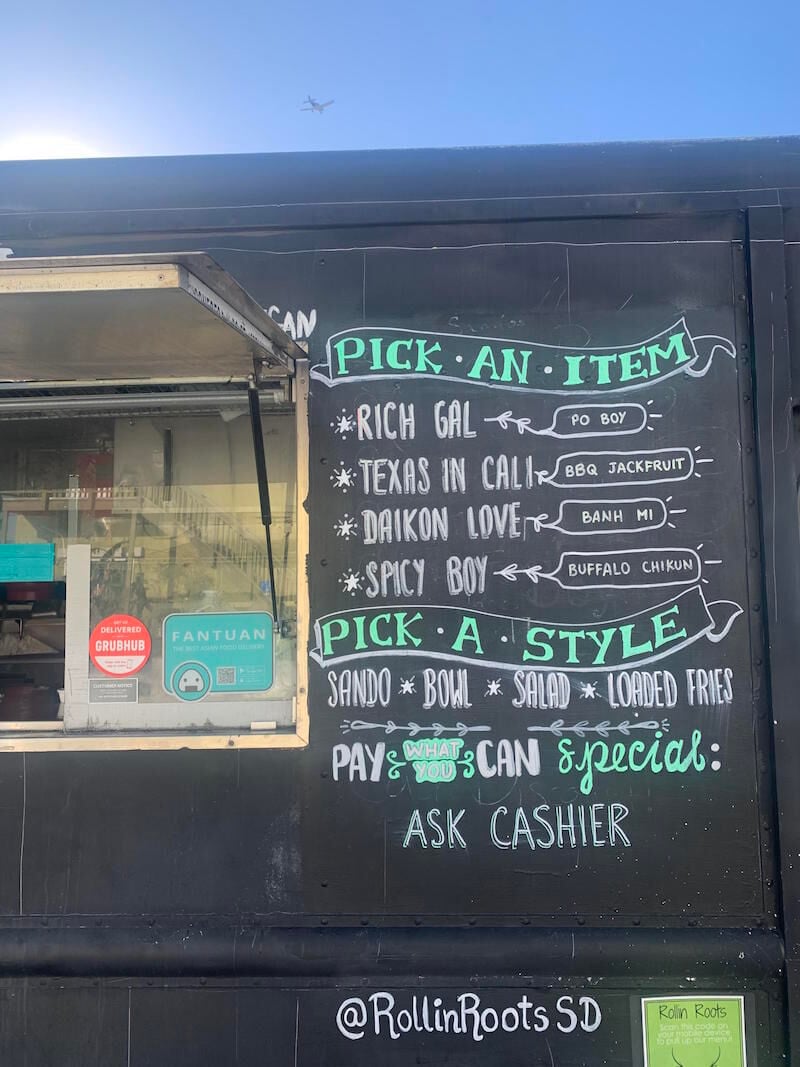 Deep fry anything and I’ll eat six of them. I sometimes wish we could deep fry our emotions, because I’ve eaten a lot of those over the last year. On a related note, if I could eat one food for the rest of my days, it would be a loaf of warm bread with butter and salt. The rest of my days would be about a week or so, but my rapid decline would be delicious. Third point: Anything is better with a creamy sauce of some sort. That’s why eggs are a fine breakfast, but eggs Benedict is sexy and it is brunch and it is $10 more.

This is why the po’boy may be the perfect sandwich. Though not all po’boys are deep fried, two of the classic versions of Louisiana pride and joy feature heaps of deep-fried shrimp or deep-fried oysters with either a mayo-ketchup spread or comeback sauce (spicy tomato mayo) or a remoulade.

“What makes a good po’boy is the bread,” says Louisiana Purchase chef Quinnton Austin, who lived and cooked for years in Louisiana. “It has to be that soft French bread that’s hard but soft in the middle. You’ll get a lot of Louisiana people who go to other cities and say, ‘No, that’s not a real po’boy, the bread’s not right.’”

The miracle birth of the po’boy is widely credited to two brothers, Benny and Clovis Martin, in Louisiana in 1929. It was a gift of solidarity to the city’s streetcar drivers, who were striking to get more equitable treatment. The Martin brothers would show up every day and feed the picket line. They’d hollow out a loaf of French bread and fill it with hot beef. “Here comes another poor boy,” they’d reportedly say, and feed them for free.

In New Orleans, there’s a festival every year dedicated to the sandwich. A fried oyster po’boy is also called an “oyster loaf.” A po’boy with fried oysters and fried shrimp together is called a “Peacemaker,” because husbands in the 19th century would bring them home for their spouses when they’d screwed up and had some apologizing to do. Flowers are nice, but pretty tough to eat.

I’ve started my epic spiritual quest for the best po’boys in the city. That’s why I consulted Chef Q for some basic guidelines.

“The ingredients have to be fresh, the lettuce has to be shredded,” he says. “Remoulade isn’t a crime. If you want to get fancy you can do a remoulade, but a little mayonnaise and ketchup go a long way.”

I’ve made a list of 11 local spots so far that have a good po’boy. Yesterday I hit the fried oyster and remoulade lovely at Pete’s Seafood in North Park, then down the 805 to Shotcaller in Lincoln Park. Their shrimp po’boy with comeback sauce is some delicious, simple perfection—the tang, the cream, the heat. Then to Rollin’ Roots vegan food truck, where their “Rich Girl” po’boy is about 20 pounds of various plants in sauce with deep-fried pickles.

I’m going to continue my vision quest over the next week. I’ll make a final list of my favorites next Thursday, sharing the story of some of the owners and cooks and people behind them along the way. If you have any suggestions, please hit me up. tjohnson@sdmag.com