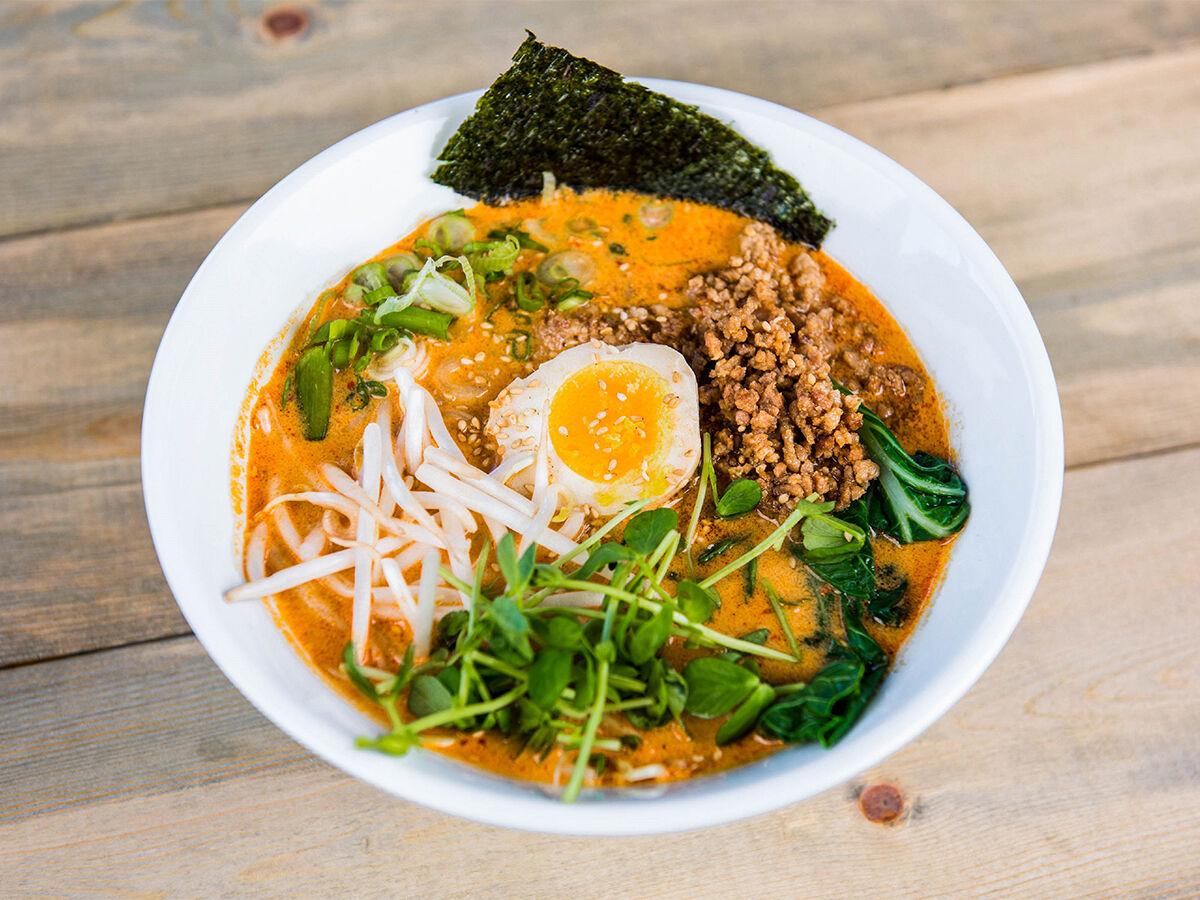 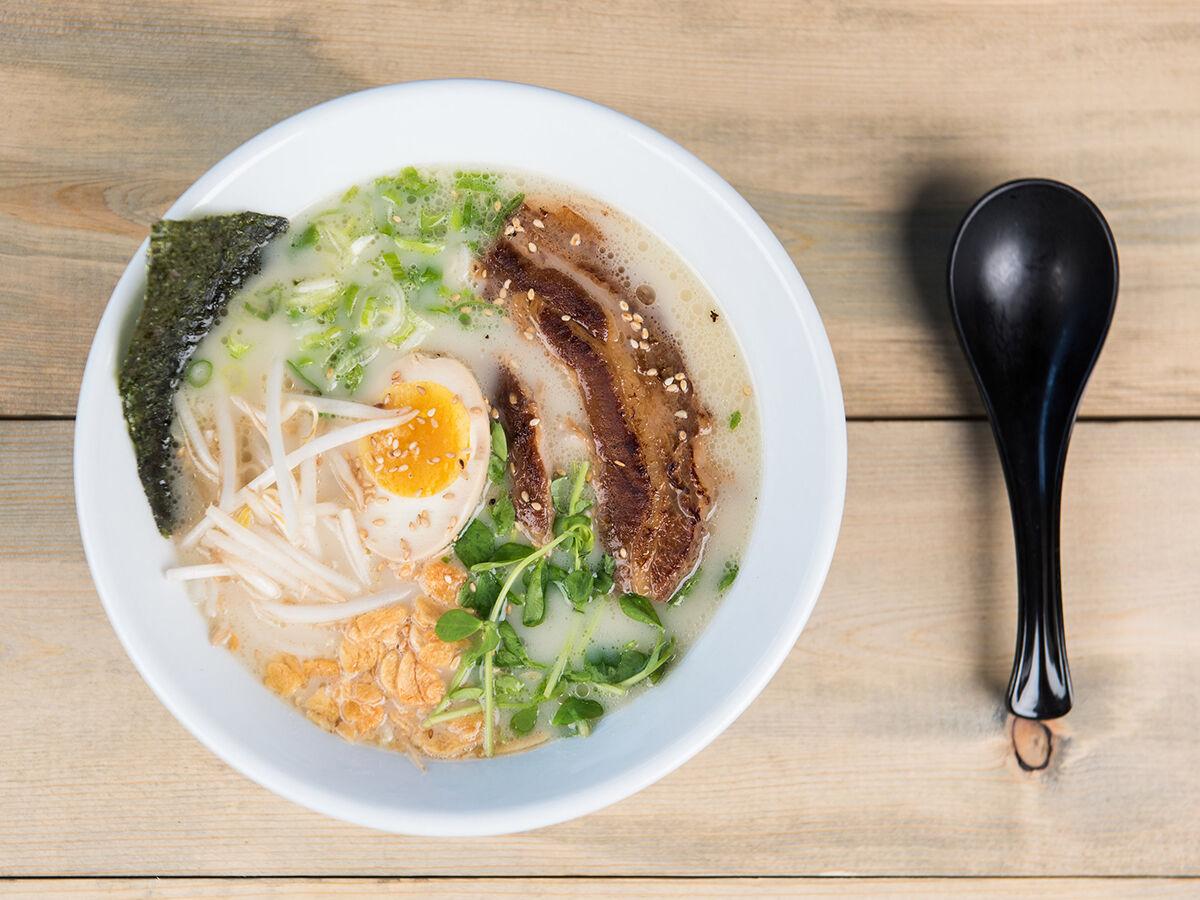 Sometimes the canary makes it out. Goes into the coal mine, coughs a touch, pulls it together, darts for the light, lives a long and prosperous life. Tajima was the canary in San Diego’s ramen mine. Restaurant ramen was a completely unproven crapshoot in 1994 when Sam Morikizono took over an existing restaurant on Convoy. He surely didn’t plan on serving it. Ramen was huge in Japan, but few serious restaurateurs stateside gave it a second thought. Ramen was just the beloved plastic package in the bulk-food aisle (thanks to the legend, Momofuku Ando).

“Before I took over Tajima, the place was a Japanese home-food restaurant. Tempura, sushi, noodles,” Morikizono says. “I had a lot of Japanese regulars and they’d always ask me to make this or that. I cooked everything. One day regulars asked me to make ramen. It wasn’t popular in the US at the time, but I made it, and it was a hit.”

Born and raised near Osaka, Japan, Morikizono came to the US after high school at age 19 and cooked in restaurants to make it. Restaurant kitchens have always been key harbors in the making-it process. “I wanted to see a different country,” he says. “In the beginning I didn’t plan to stay forever. I didn’t like it much.”

He was working at Shogun restaurant in LA (he didn’t like LA much, either) when they opened a location in San Diego, and he moved here to be the cook. A year later, Tajima restaurant down the street came up for sale.

“I always wanted to be a restaurant owner,” he says. “It was in very bad condition, but that’s why I could afford the opportunity. In the beginning, I tried everything to make the best ramen, but it was too greasy, it was too salty. Eventually, I just tried to make it balanced. I didn’t want to make it too authentic. I wanted to make it for Asian people, Caucasian people, with flavor and umami.”

That may have been the key. Part of the allure of Convoy is the collection of first- and second-generation Asian cooks, adhering to recipes straight from the source. But Morikizono cooked for both palates—where he’s from and where he is. That’s why their spicy sesame ramen—essentially a riff on the classic tantanmen ramen, which itself is a riff on Sichuan dan dan noodles—is an eminently enjoyable bowl of soup.

Twenty years later, Morizikono is still here, and Tajima is revered as one of the region’s best ramen restaurants. The day they opened their sixth San Diego location in College Heights (there are also two in Tijuana) had the bad luck to be the same day the city first shuttered indoor dining.