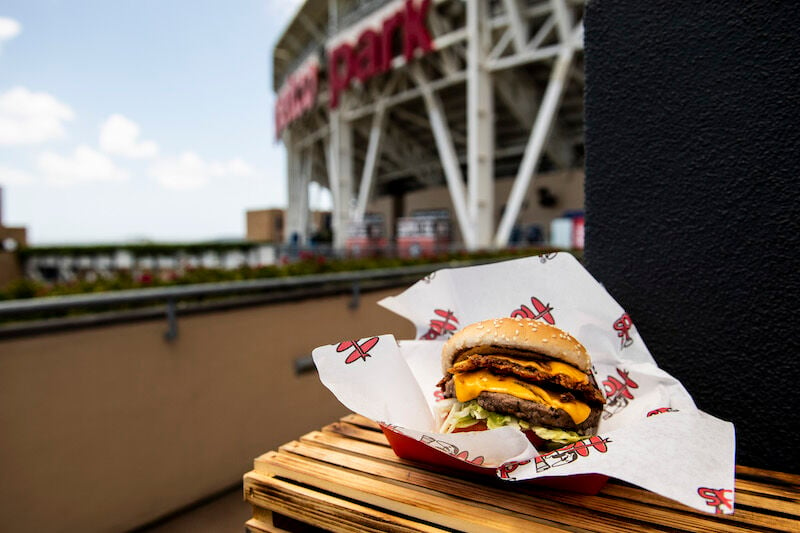 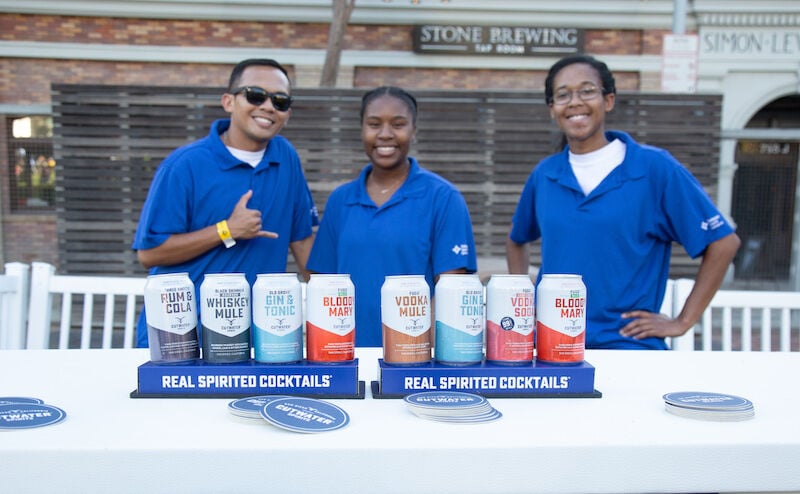 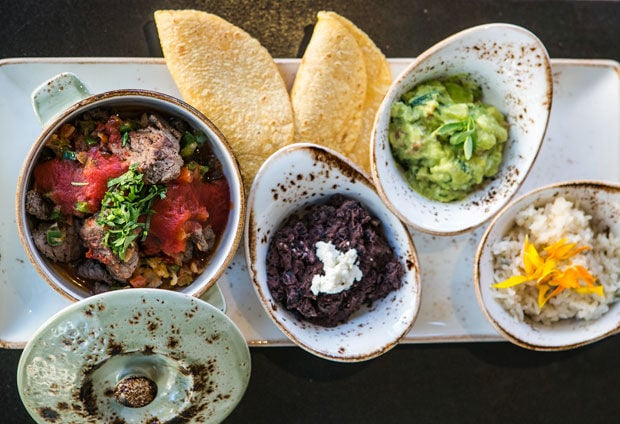 Opening Day is here. As a native, I’m not sure what happened to our baseball team. At some point it looked itself in the mirror, said “I can do this,” and then went out and signed every big name in baseball. Raised a few of its own young stars, too. Just call us the Yankees West. It’s a highly unexpected development, and we long-suffering fans are here for every minute of it.

Seating at Petco Park is limited due to the pandemic, and safety protocols are in place. As part of that, you’ll have to order food and drinks through the MLB Ballpark app for pickup or in-seat delivery. Eating at a Padres game has come a long way from the Hebrew National-and-a-Coors Light days. The team brought in a ton of iconic and emerging local restaurants, craft beers, wine, and cocktails.

And as we know, this year has been—and still is—hell on our local restaurants. So if you’re one of the lucky ones to make it to Opening Day or any game this season, try to put as much money as you possibly can into the local guys’ pockets. Keep in mind vendors may be limited to start the season. Some of these restaurants will be added as the season goes along (for instance, Texas brisket masters Grand Ole BBQ will land in the park in mid-April).

Here’s your guide to the local operators—and the stories of the local people behind them—serving local staples for the San Diego Padres’ 2021 season:

Grand Ole BBQ does it the way they do it in Texas—long, slow, smoked meat over sticks (wood). When Guy Fieri asked me to take him to one of my favorite spots for a San Diego episode of "Diners, Drive-Ins, and Dives," I took him to their Flinn Springs haven. Owner Andy Harris has long been a big Padres nerd, so this is a bit of a dream season for him to be pulled into the fold. They'll be doing a pulled pork sandwich, brisket sandwich (their brisket is a jaw-dropper), and loaded fries (the "El Baracho" has queso and chile and choice of meats).

To just call them “hot dogs” is like calling the Faberge “an expensive egg.” Each hot dog here is an awesome clown car of ingredients. Full Mexican feasts on top of a quality hot dog (Brandt Beef, no hormones or B.S.)—chile con carne, crispy fried garlic, cremas of all sorts (chipotle, etc.), grilled onions, melted cheese of all sorts, pulled pork, you name it. Owner Pablo Rios started in Barrio Logan in 2017 with a hot dog cart he made by chopping up a perfectly good Chevy Impala. The future of hot dogs is right here.

Puesto is the breakout star of San Diego's better-taco movement. Started by a local family in La Jolla, they've now got outposts up the coast and seem destined for Vegas and Dubai one day. It's all about the crispy cheese—they griddle it, create that caramelized, golden-brown frico, and lay it inside the tortilla. They have gotten consistently better every year. As proof, they recently hired chef Ian Tenzer as their R&D chef. Tenzer worked for three years as sous chef at Eleven Madison Park, one of the best restaurants in the world.

The legend of Solana Beach, California. Two brothers run a market right by the San Elijo Campgrounds—a great market, the kind where you can tell John and Pete Najjar have operable taste buds, have tasted great food, and then hoarded it all under one roof. But talk to any local and you’d think they’re a butcher shop, because their tri-tip—marinated in red wine, garlic, and a bit of honey—is all anyone talks about. It’s so popular they had to put up a kiosk in the parking lot that pumps it out all day so the rest of the market can function. Put it on chips with molten cheese, barbecue sauce, sour cream, and green onion.

Ask any local kid who grew up swimming or surfing or juvenile-delinquenting at the bluffs of Del Mar where they ate lunch, and their answer is Board & Brew. A tiny little sandwich shop with giant, messy offerings. The Turkado is every lovely stereotype people have of Californians on good bread—lean white meat (turkey) under a verdant, cool abundance of mashed avocado. In New York, having that much avocado would cost you $40, a few bitcoins, and blood.

Buy your seafood from someone who’s got a sunburn. Someone who smells like SPF and bait. In San Diego, that’s the Braun brothers—Judd and Matt—who grew up in the working-class part of Ocean Beach. Their dad fished, they fished. They eventually poured their life savings into a tiny fish shop in Mission Hills, serving boat-fresh local catch and the best imported stuff on the market. Their fish tacos are simple-delicious.

More brothers of the food. Joe, Andy, and Tony started with a small cheesesteak shop in a strip mall in Point Loma in 2004. They’ve got two shops now, and it’s hard to believe they’re not national. Good bread, shreds of beef, grilled onions, and that gooey tarp of American cheese or Cheez Whiz, depending on which side of the Philly tracks you fall. Theirs is so good because it’s tight. Whereas some cheesesteaks are spilling out and messy like me in a tight T-shirt, theirs is wrapped dense so you get all parts in each bite.

Mike “Bossman” Hardin was a legend, the patron saint of OB street punks. He built his burger joint on loud music, chaotic interior decor of bumper stickers and license plates, gigantic burgers with entire salads in them, and being an eminently admirable human who took care of local people. Before he passed in 2015, I spoke with him about his philosophy. The part that struck me was that he made it a point to hire kids whom others might pass up on in job interviews—kids who reminded him of himself growing up in OB. His son, Shane, runs the family business now, and their burgers are every bit as good as advertised on Guy Fieri’s show (Fieri came here in 2012 and the two became close friends).

This husband-and-wife pizza shop, started in South Park in 2011, did it right from the start. Matteo Cattaneo and Alexa Kollmeier started with a wood-fired oven named “Sofia,” made from Italian clay, and every inch of the now-iconic oven was designed to make the perfect Neapolitan pizza. They hired world pizza champion Marcello Avitabile to helm it. And then the difference-maker: Cattaneo is a descendant of one of Italy’s most famed olive oil families (Farchioni, started in Umbria in 1780). Each olive oil crop has olives of varying quality—and his family sends him barrels of the very best, which Buona Forchetta drizzles liberally on just about everything.

Yuseff Cherney was one of the first local brewers to start tinkering with craft spirits back when he was with Ballast Point, launching Cutwater as a side project. Most San Diegans know the story by now. Ballast Point was sold to Constellation Brands (it’s now independently owned again), but they let him keep his spirits thing. Yuseff being Yuseff (the man is one motivated mad scientist), he was at the forefront of canned cocktails done right (good ingredients, craft as can be in a can) and sold it to Anheuser-Busch. He deserved every bit of that success, and could’ve just started following his favorite metal bands around the world (he’s a huge metalhead). But he’s still there, still innovating, still working his duff off. They just launched this Tequila Paloma in partnership with the Padres.