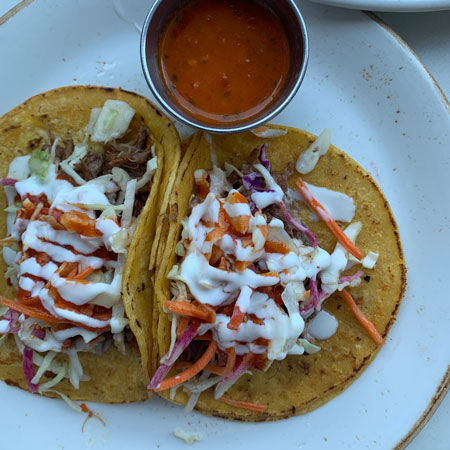 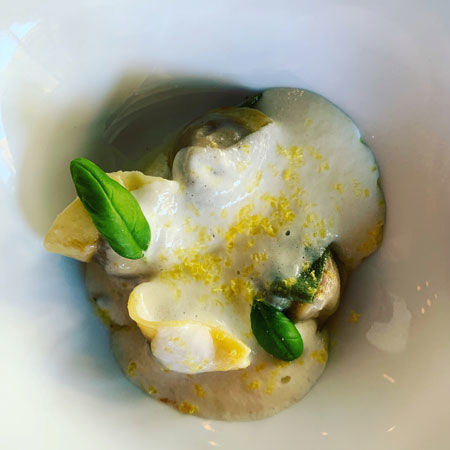 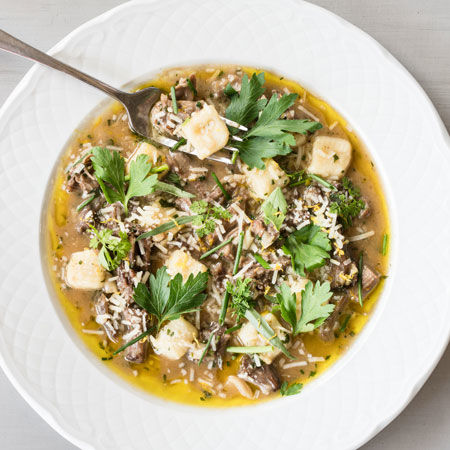 Sometimes the best ingredient for a dish is a patio. The shade at Luce Kitchen’s patio is not just intermittent, but resolute. It is the antidote for hot summer days, which can be even a little angrier in Bay Park, which is on the hot side of the I-5. Luce is the sister restaurant of Baci, the classic Italian restaurant opened when disco and Jimmy Carter were kings. At a recent stop, all of the food we ordered was pleasant—including a fresh arugula salad with compressed watermelon, and a white-sauce garlic pizza—but it was the lamb barbacoa tacos that made the trip. Meat that’s been braised into silky submission, torn to shreds but holding all of that succulent juiciness, then topped with red bell pepper salsa, lime creme fraiche, and that resplendent shade, which feels like aloe vera for the soul.

Our next review is Il Dandy, the Bankers Hill attraction from the owners of Civico 1845. The biggest news is their chefs—Michelin-starred father and son from Calabria, Italy. But the biggest news as far as dinner and human happiness is concerned is this ravioli, stuffed with tender beef cheeks and enveloped in cured egg yolk and caciocavallo foam and a little lemon zest. Foams get a bad rap, mostly because at some point chefs overdid it, serving plates of food clouds. But this is the perfect execution, one of those dishes that makes every small nitpick about a restaurant experience fall away.

It’s a dish so good that it’s become a local icon, a legend, a food Yeti. I hadn’t had it in years. And it’s a testament to chef Brian Malarkey that it’s every bit as good now. Oxtail is the very best meat, deep in flavor that must be coaxed out over time. Here it’s presented in a small pool of the cooking juices, along with housemade pillowy gnocchi, and a sharp zing of acid to cut through the dish. Sometimes chefs overthink their wins, and tweak them until they become losses. Not the case here.