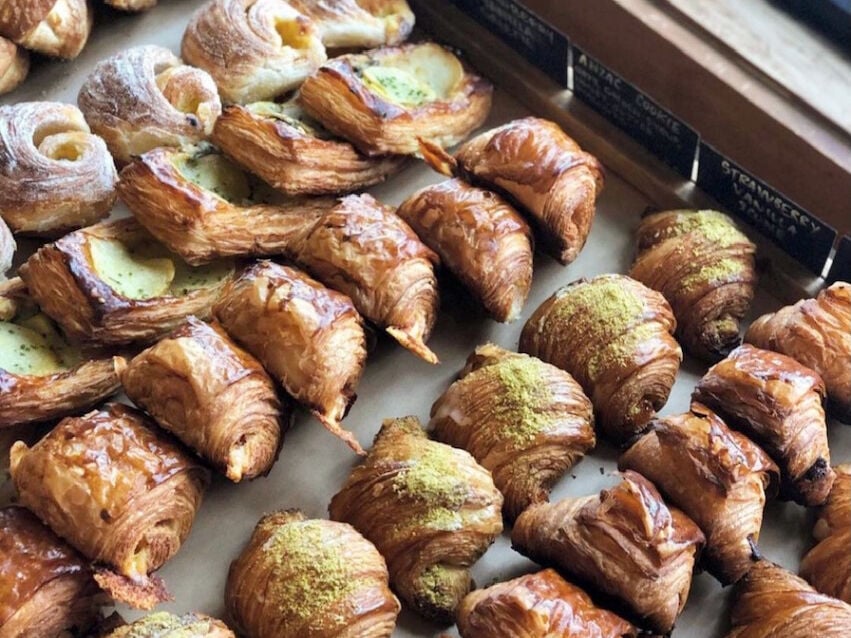 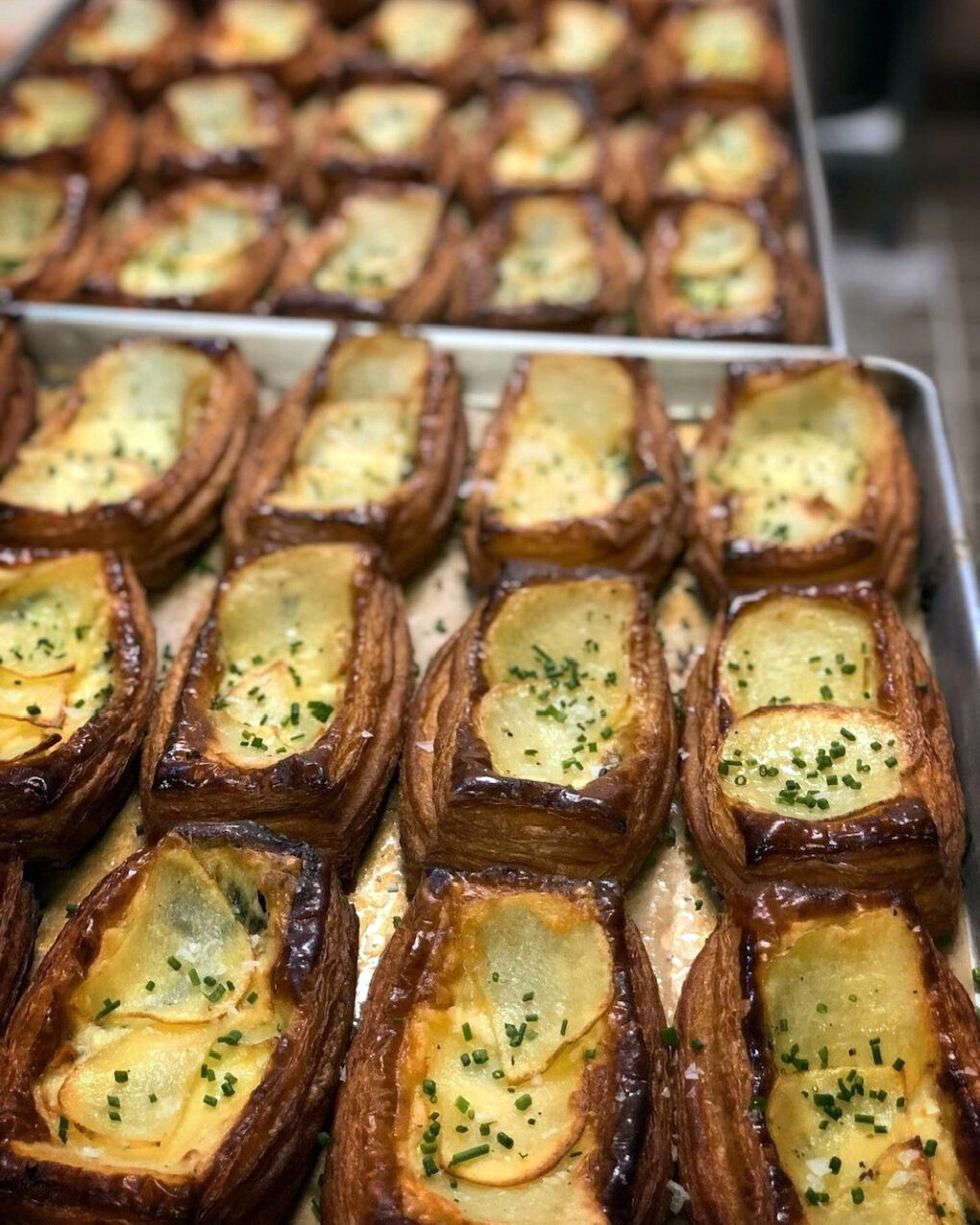 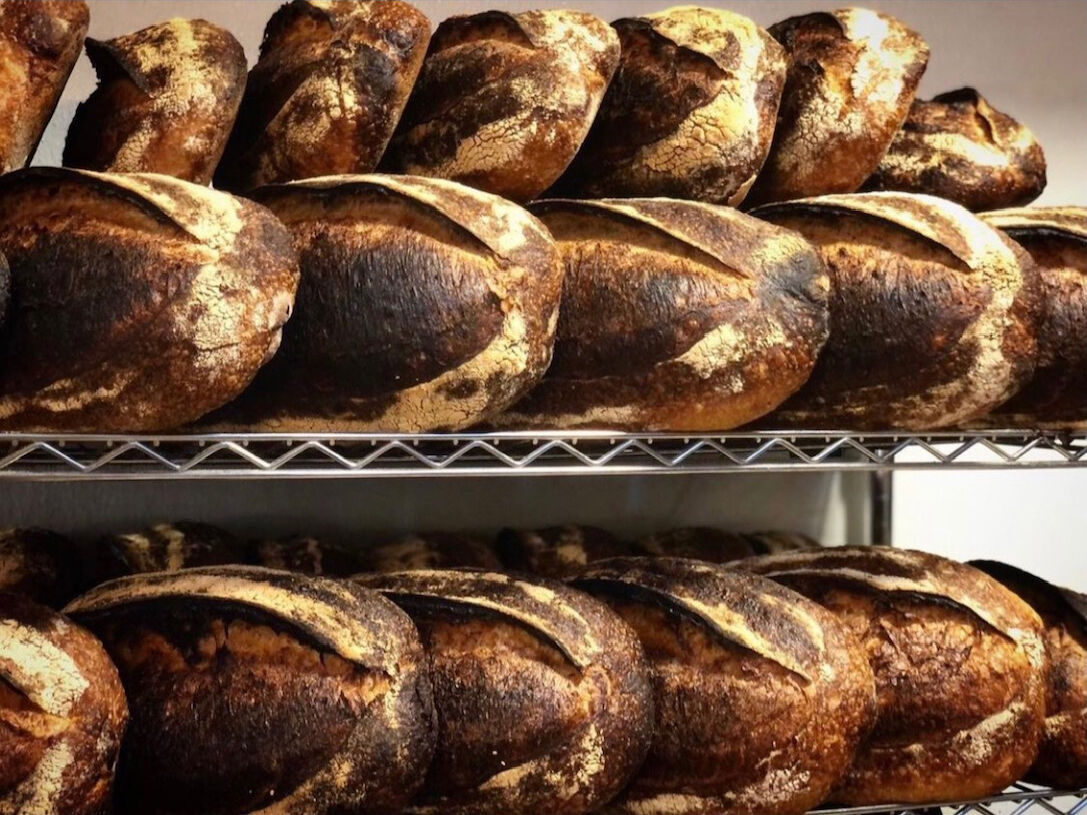 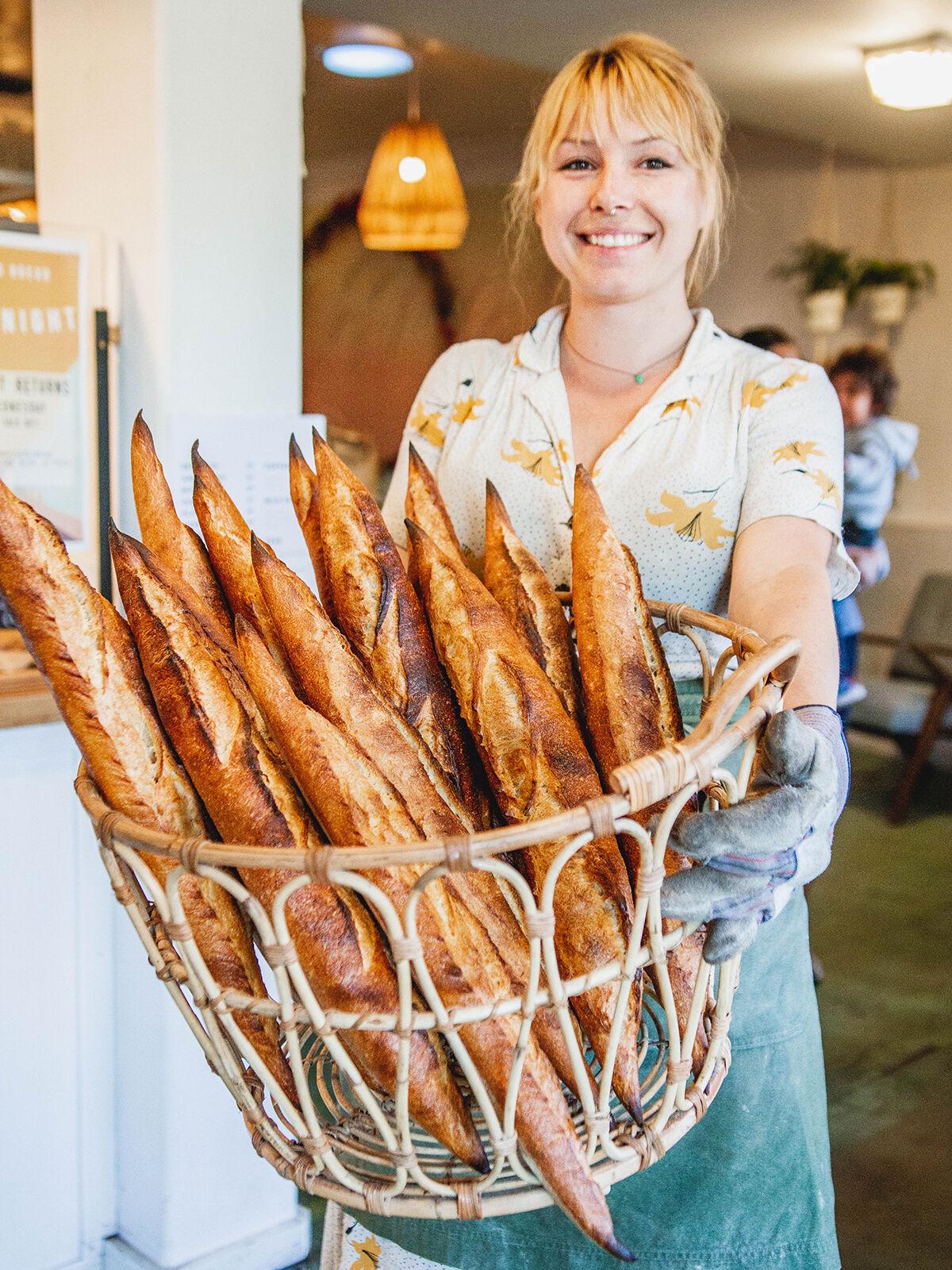 Her dream, since an age far too young to be dreaming about business, was “to own a bakery by the beach.” And here she is, blocks from the sand in a former taco shop, exfoliated daily by the fine mist of flour, helping her staff learn to feel dough—touch it, don’t just time it, that baker’s Braille of knowing when the raw lump is ready for the oven. Between then and now there were many years when she worked alongside top bakers (Chad Robertson of Tartine, Na Young Ma at Proof) and was written about in the New York Times (that blessing, that curse). But thanks to Crystal White’s Wayfarer Bread, some of the most esteemed bakers in the country know what a Bird Rock is, and why they should find its single, shop-lined street.

But, while White doesn’t disregard the accolades earned by her young bakery (opened in May 2018), and she gives credit where it’s due to luck and the graciousness of mentors, after talking over the nuts and bolts of the story so long that the facts give way to the bigger picture, it’s this she sounds most thrilled about:

“I have employees who are 24 and have never experienced sexual harassment in the kitchen. That’s a miracle,” she says, making it abundantly clear that she never experienced harassment at Tartine or Proof. “This generation of cooks isn’t standing for it. The only times I really felt I wanted to give up over the years were because of the harsh realities, the low pay, the abusive working conditions—when you’re like, ‘Man, I’ve been doing this for ten years and I have no savings and I’m having to deal with harassment.’ Snapping bra straps isn’t cute, and that was absolutely the way it was—and to some degree, still is. But having worked in kitchens for so long, I’m really stoked to see the changes.”

When the MeToo movement demanded action on sexual harassment, what most dominated the headlines was the grossness of the film industry, the news media, and the political sphere. But when BuzzFeed crunched over 20 years of data from the Equal Employment Opportunity Commission, it found that the restaurant industry was the worst. There were over 170,000 cases of sexual harassment reported between 1995 and 2016—83 percent from women (Restaurant Opportunities Centers United also reported that as much as 70 percent of men in the industry have experienced sexual harassment). Harvard Business Review followed up that study with one of their own—recording the experiences of college-age women over three months—and found that between 70 and 75 percent experienced harassment at their restaurant jobs at least once a month. To make matters worse, various studies have concluded that a majority of sexual harassment in the workplace goes unreported.

I realize you were promised a story about bread, so I’ll get back to it. Point is, though harassment is nowhere near eradicated, this observation from a female owner with over a decade of restaurant experience is a promising sign. A crack of light after a murky year, an early mile marker on a long trek toward better humaning.

“So one of the goals with Wayfarer was to create the kind of kitchen that wasn’t abusive,” she continues. “We give benefits to our staff and try to do as much as we can.”

For instance, Wayfarer is closed until January 13, a mental break after the pastry crush of the holidays. It’s a tradition started after the Times article flooded them with business, but a tradition that was building from day one. White—who was raised in Napa Valley (“It sounds magical, but I gotta be honest, until I was 18 it was pretty boring.”), who wriggled her way into bakeries as a teen, and against her parents’ dreams attended culinary school at Greystone in St. Helena to be mentored by Steven Durfee (founding pastry chef of The French Laundry), who pestered (her words, not mine) acclaimed baker Chad Robertson of Tartine in San Francisco until he finally took her under his wing for five years, who then moved to San Diego following her childhood dream of bread and beaches and staged multiple, highly successful pop-ups before opening her shop—well, she’d earned some hype for her work.

“It was insane,” she says, not bragging, merely answering because I asked. “We did a soft opening in mid-May and I thought we’d just work the front counter during the day and do some prep and bread shaping in the afternoon and wake up the next morning and bake. That dream lasted just a couple hours. We had a line the first day. I was racing from counter to oven and burning bread. It’s all a credit to my whole opening crew; they dealt with a tsunami. I think it took a couple decades off my life. After a few months we were almost ready to get our heads above water and take a breather and then that August the Times article came out. It was great and it was terrible. Thus began our tradition of closing after Labor Day and the week after New Year’s for a mental break. We have a pretty small spot and we’re producing a lot of stuff.”

I ask White what the secret is, why Wayfarer’s croissants are an almost Pythagoreanly perfect equation of flake and butter and crumb, why the sourdough crackles and chews. We talk about how her bread is naturally fermented with a sourdough starter she created four years ago. How she monitors the microclimates (“the wild yeast and bacteria we use change their habits—more dormant in winter and faster in summer, so we have to adjust"). How humidity alters bread so she tracks it like an ad hoc meteorologist (they have a barometer, and it’s vital).

“That’s what’s kept me compelled by bread for so long, because you have to be engaged,” she says. “But I’d say the most important thing is our mission statement: quality over convenience. Are you doing something to be efficient but it’s compromising quality? Are we getting a slightly better deal on this produce but it’s not as good as a local farm? It’s not worth it. Keep things as fresh as possible, and taste it. Always taste. If it’s not the best, I’ll eat it before I sell it. It’s pretty simple—don’t sell a shitty croissant.”

As for her plans? Capital investment and Wayfarers on every corner?

“I have no plans to expand—the magic of Wayfarer is that it’s one thing,” she says. “I want everything baked on-site. It would be a lot easier to have a wholesale. But I want the bakery to smell like a bakery, handmade in small batches, using local produce. I want to take advantage of the subtropical climate, use local farmers as much as possible. I wanted to build a community. I think bakeries are cornerstones of the community.”

White: “I’m especially smitten. A couple times a year the weather gets just right and the crust gets extra crisp. You pull the loaves out at 8:30 or 9 a.m. and you can hear them crackling and talking.”

White: “My personal and our staff favorite. We lay out croissant tiles, spread roasted garlic, white cheddar, cream spinach, and some slices of potato that have been tossed in oil. Toss it in the oven. We don’t always have it on menu. But when we do, when they’re warm and fresh, I gain a few pounds every time.”

White: “We have a vine growing over the bakery. One of my friends suggested I plant one because it would take over. And it did. Now it’s three vines and we harvest hundreds of pounds a year. It’s amazing. I come from a place where passionfruits are $5 a piece in the grocery store. I don’t think I tried one until my 20s. We use the pulp and cook it into a curd and bake passion fruit cream buns—a cream cheese pastry cream inside a croissant bun.”