Skip to main content
You are the owner of this article.
Edit Article Add New Article
You have permission to edit this article.
Edit
Welcome, Guest
Subscribe
San Diego Mag
Home
Restaurants
Things to Do
Neighborhoods
Outdoors
Getaways
Guides
People
Magazine
Directories
Charities
Share This
1 of 8 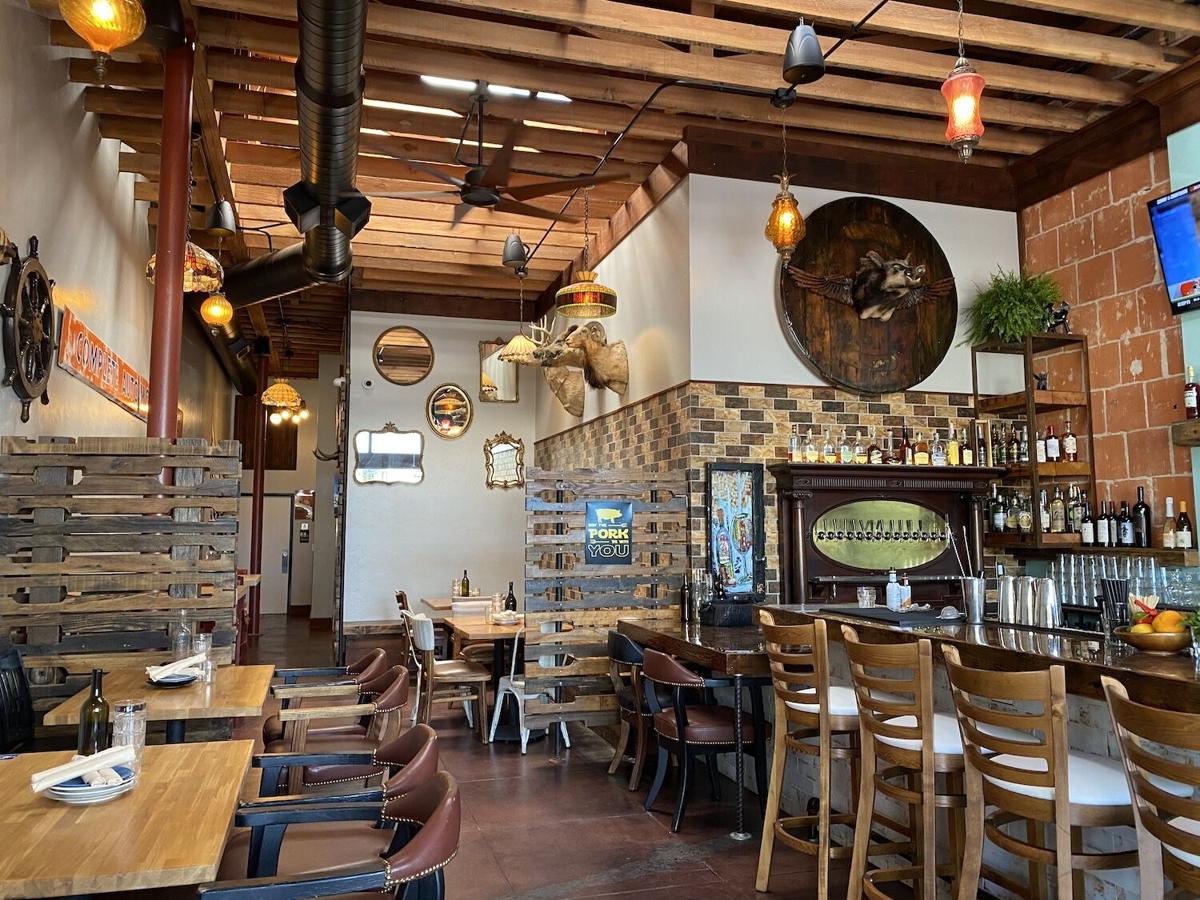 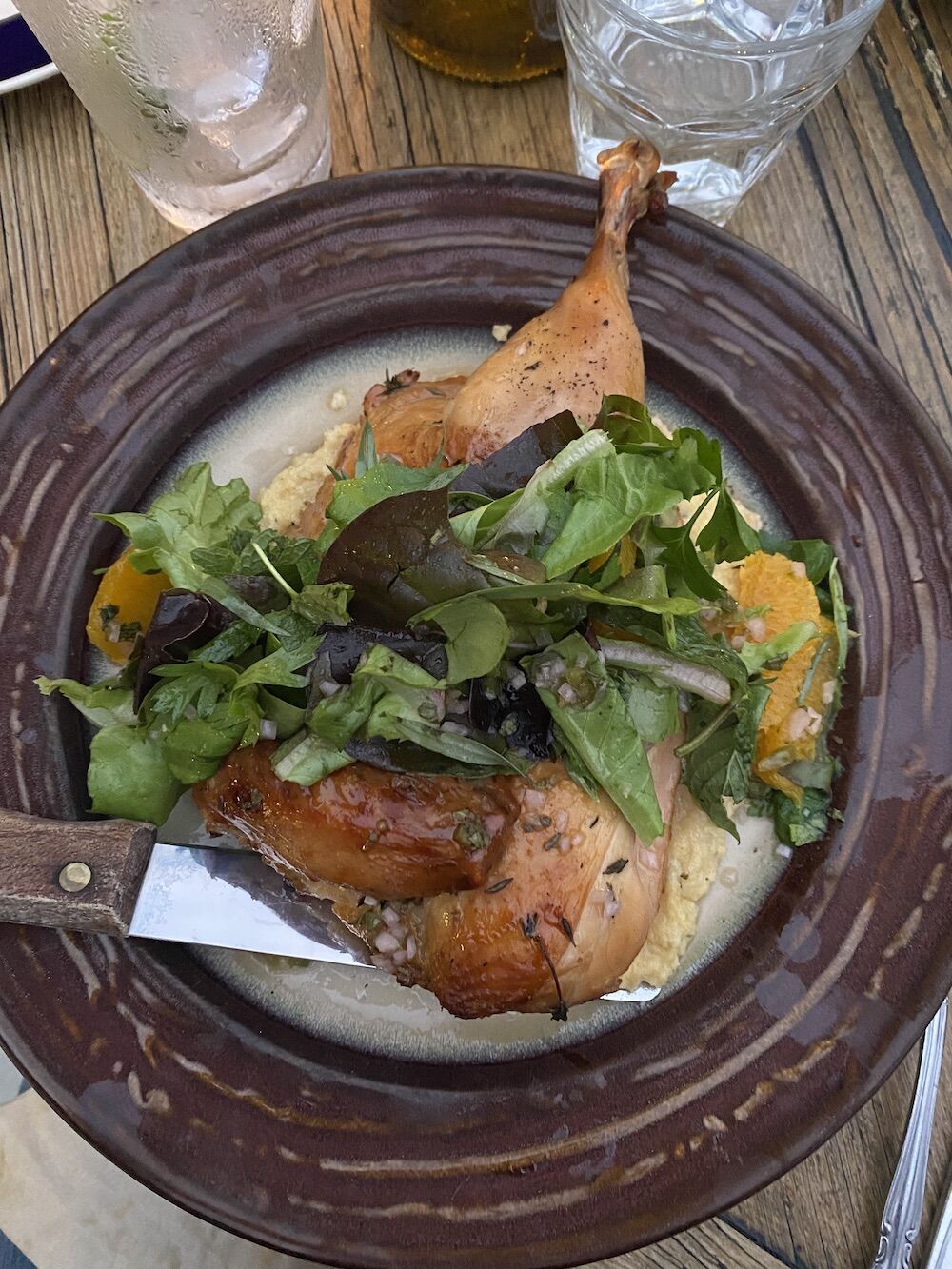 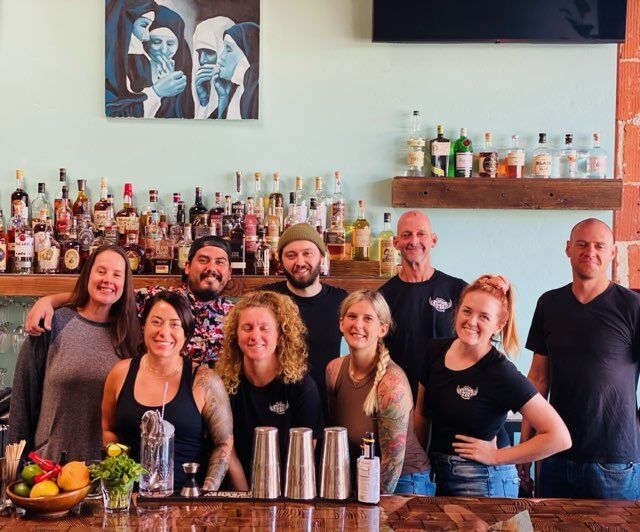 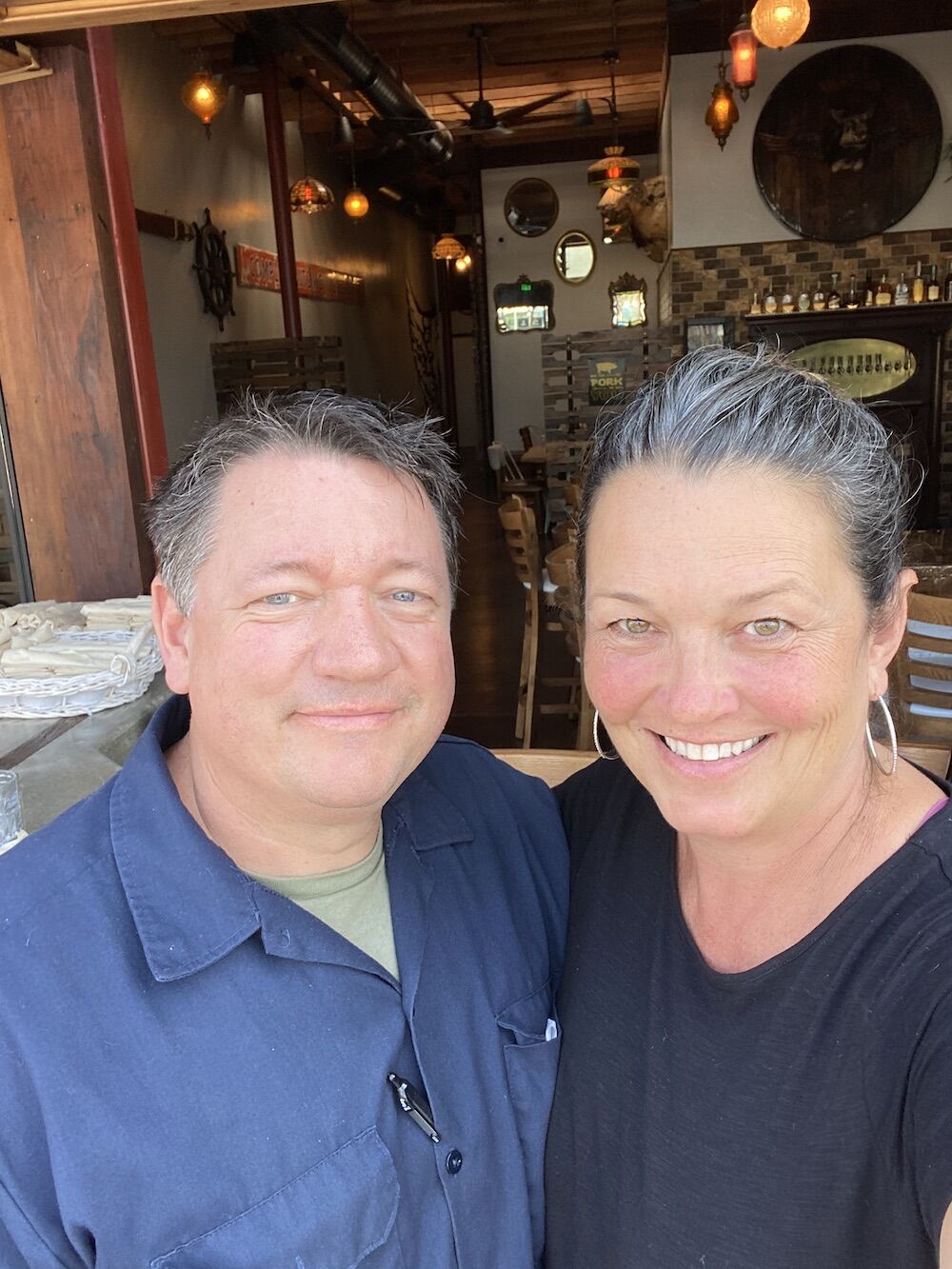 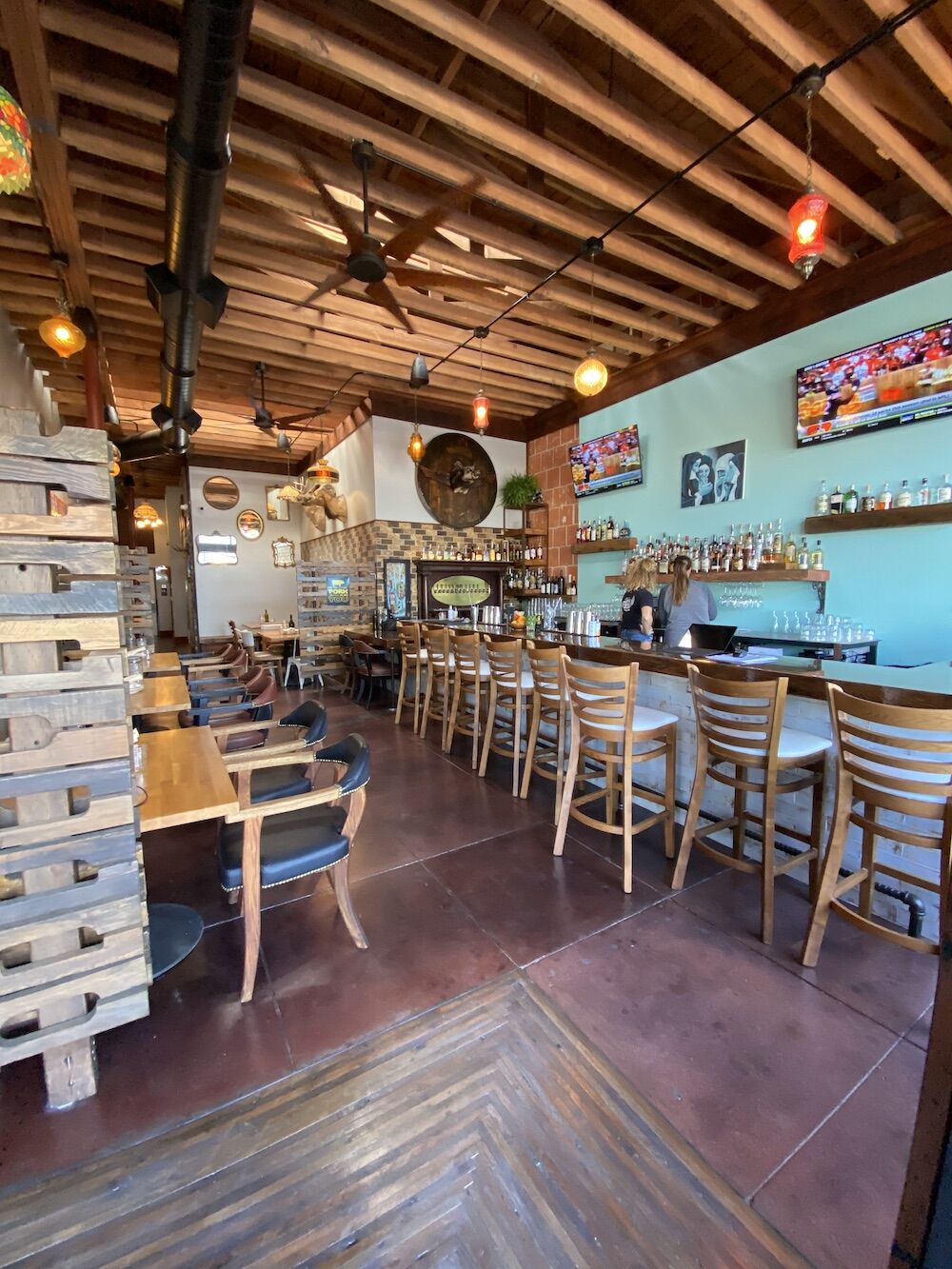 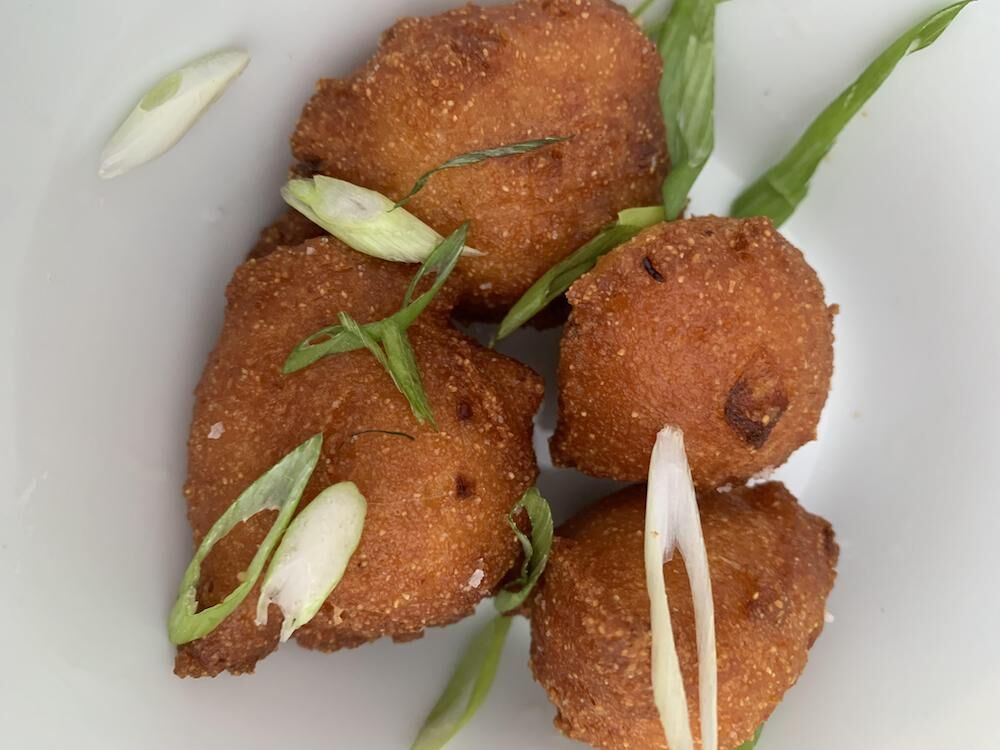 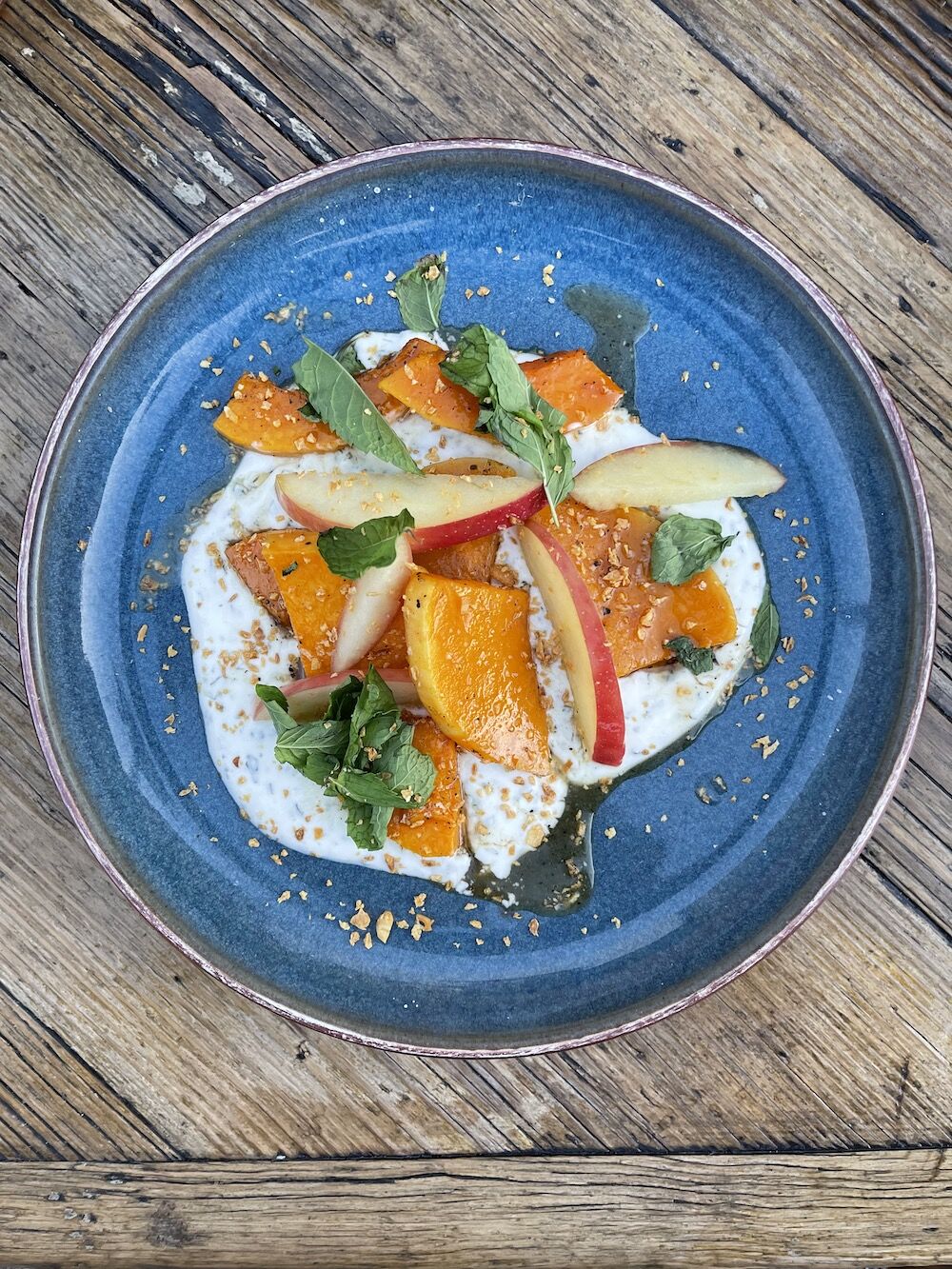 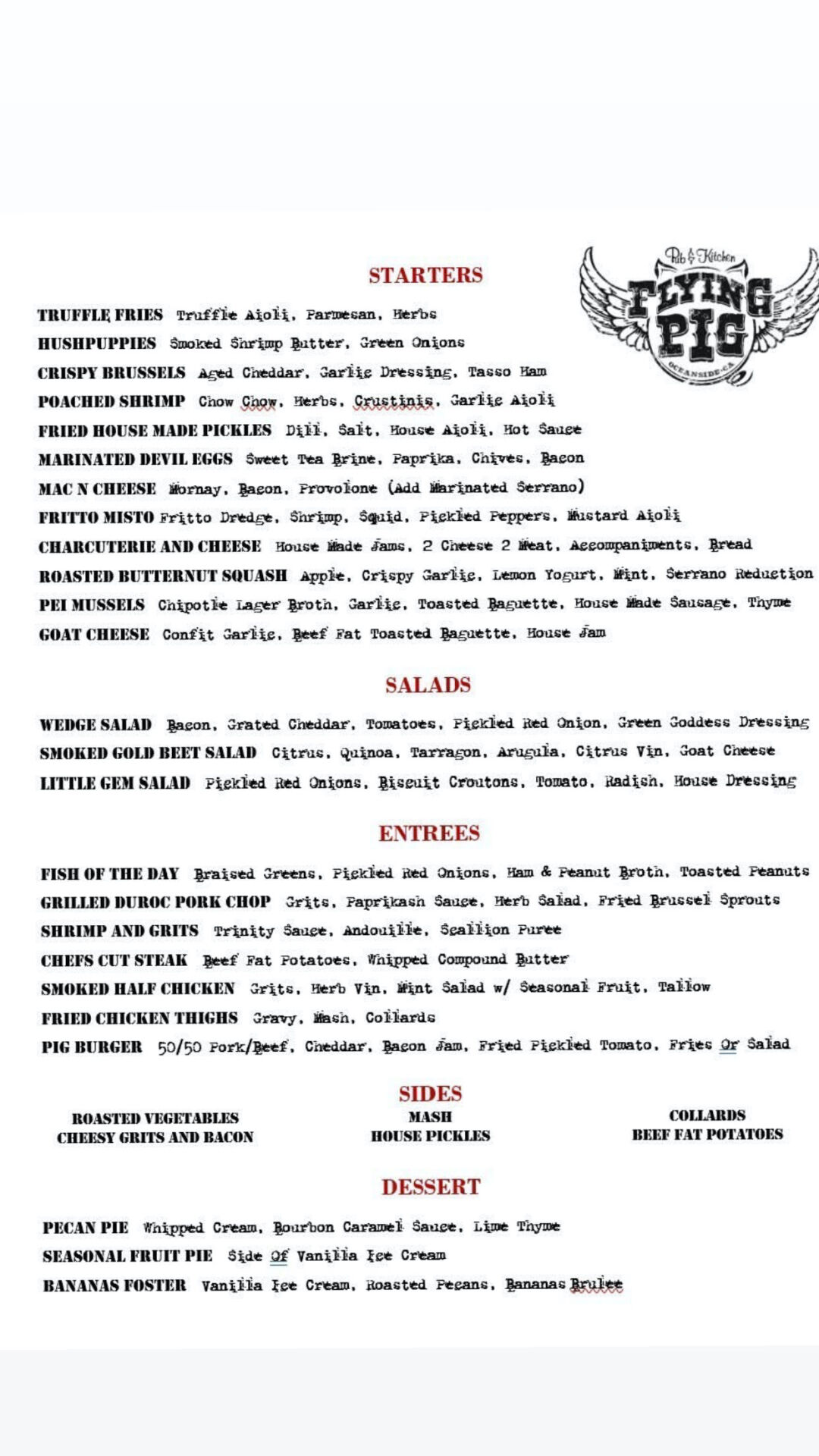 There is something familiar and vulnerable about those glasslike panels above the entrance to the new Flying Pig.

Yep, that’s it. Shower doors from the ’70s. That hard plastic almost-glass, dimpled to secure the privacy of our own dimples. As we’ve heard, the pandemic rattled and snapped supply chains, bulled its way through the china shop of how we send and receive the things we need. So, unable to get windows that fit, Roddy Browning’s glance fell on old shower doors in his home (while many of us made banana bread during the pandemic, Roddy rebuilt his home). He measured them, smiled, found yet another solution in the discard pile.

This is why I have always loved The Flying Pig. It’s why Oceanside loves the Pig. When Roddy and Aaron opened their original restaurant in 2011, they found a one-story building in an obscure, forgotten location. And they resuscitated it, filled it with life and art and good Southern food. With old vinyl records, succulent pork chops, ramshackle mason jars, buttery grits, kitschy garage sale finds, hush puppies, eye-popping tchotchkes, so much bacon, figurines with moxie, craft beer and good booze.

The pandemic was hell on restaurants, and the Brownings weren’t spared. They had to close their second Vista location (they openly admit that location never worked, and the pandemic expedited the end of its run). They moved from their original spot and had to find a new home. But, the silver lining: They bought a building on Mission Avenue in Oceanside, put down real roots just off main street. And their old place is now home to Matsu, a just-opened Japanese concept from their friend and talented young chef William Eick.

And so the Pig—often rightly credited with sparking a food movement in O’side years back—will remain a fixture of its future. They hired a young chef, Harrison Hackett, who studied under James Beard nominee Eli Kulp (Fork restaurant in Philadelphia), sustainability chef Eric Morris (Nightbell, in Asheville), and a hot minute at San Diego’s George’s at the Cove.

Still proudly Southern, their hush puppies are textbook deep-fried savorycakes with a side of smoked shrimp butter (lobster takes all the credit for illuminating the magic of shellfish and butter, but it works with shrimp, too). The Pig has never been accused of hoarding or even serving very many plants, but their butternut squash is excellent—pulled from the family’s garden, roasted and glazed in a serrano reduction, set atop fresh apples and a lemon-mint yogurt sauce with crispy garlic.

But it’s the chicken—brined in sweet tea, smoked, and tossed in an herb vinaigrette with oranges and greens—that’s a stunner, moist with just enough campfire, offset by the vague sweetness of the summer Southern tea. Finish the night off with a bananas Foster in a bowl, that classic way to sabotage the human pleasure center.

The Pig is now open. With a large patio and a full bar with great wine (Roddy came from Market Del Mar, and knows his wine), the Brownings hope it’ll become the neighborhood spot for a late-night nip. You’ll see Aaron standing as hostess at the front, Roddy running food, and both of them washing dishes. “The dishwashing machine busted,” she says.

No sweat. Just have Roddy make one out of old car parts.