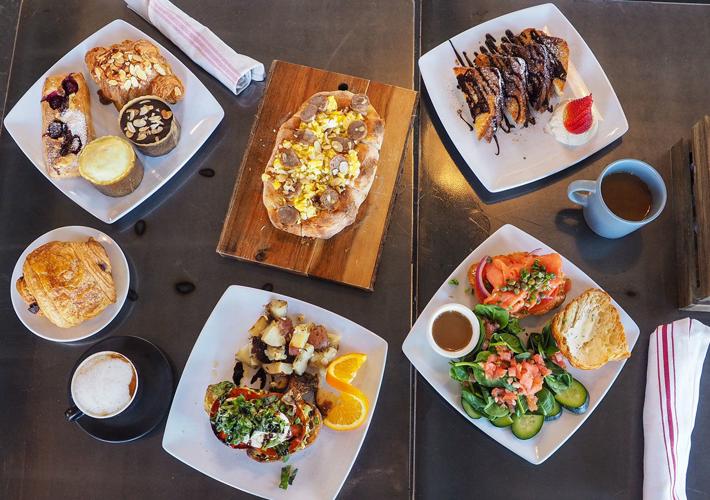 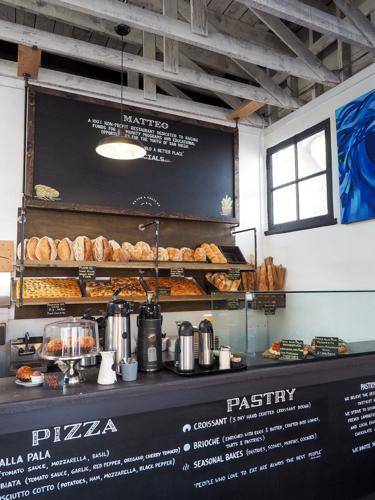 Matteo Cattaneo has eyes the color of Kalamata olives, and right now they’re brining in his tears. That sounds maudlin, I know. But it’s true. It’s not a full breakdown. He doesn’t bawl into the carrot cake (with a killer orange-zest icing). Too much work to do for that. But just sitting here with me for a few minutes at his new restaurant, Matteo, the idea of this place gets him a little misty.

Matteo is a nonprofit breakfast and lunch restaurant in South Park, the part of town where Cattaneo made his name with Buona Forchetta, one of the city’s top pizza restaurants. What is a nonprofit restaurant? It means any profits made at Matteo after operating costs (salaries, food, overhead, etc.) will not go to Cattaneo or investors. It will go to “early childhood development” for San Diego kids (ideally, those in low income areas who need it).

Restaurants already have micro-thin profit margins. So the joke when people first heard about it was, “Aren’t all restaurants nonprofit?”

“We’ve been very lucky,” Cattaneo says over a prosciutto-burrata breakfast pinsa (a pizza made with rice flour as well as wheat, for a lighter, more digestible crust) created by his chef Luca Zamboni. “The community has really supported us and our business. We’ve got enough. How much more do you need?”

How much is enough? In San Diego, where the median home price is $606,000, the answer is a lot. But Buona Forchetta has done exceedingly well. They’ll open their fourth location, Garage Buona Forchetta, in Coronado this month; a pizza stand in North Park called Gelati & Peccati; and Carbón, a barbecue joint in South Park.

So Cattaneo isn’t done making profits. He and his team—which at Matteo includes baker and general Joanne Sherif, who owned North Park’s Cardamon Cafe before closing last year—will sell more food, more drinks, make more jobs. But Matteo is one for the community. I don’t know the exact recipe for restaurant success, but I know part of success in any business is giving along with taking. Just look at TOMS shoes, Patagonia, Warby Parker, etc. You almost have to build it into the model now. Whether that’s just a PR move or not I’ll leave to the cynics.

“This spot was perfect,” he says of the large corner space on Juniper & 30th Streets, across from Station Tavern and Whistle Stop Bar. “But this space has always been a place for the community. I saw it was available and knew it didn’t belong to a business, it belonged to the community.”

The nonprofit process sure wasn't easy, Cattaneo says. The biggest concern was having a say in where the money goes. Schools, god bless them, are run by a bureaucracy. If he funneled the money directly to that machine, some funds would end up going to a school that didn’t really need it (schools in Del Mar and Rancho Santa Fe are probably OK on funds, for instance). So Cattaneo set up a foundation where they can analyze which communities—beyond just South Park—and make their own decisions about who needs help.

“With the foundation, we can work directly with the schools and see where there’s the most need,” he says, noting they’re starting with Chavista Cesar Chavez Service Clubs, which put on a lot of after-school enrichment programs for kids. “They help in areas where a lot of moms and dads are working 12 hours a day. They can teach them how to eat well, how to study, give them more opportunities.”

Matteo will rotate its beneficiary a few times a year.

This isn’t a half-assed restaurant, either. Along with Sherif, who has a great name as a baker (try her almond croissant or coffee cake), Zamboni has a hell of a track record in pizza. For five years, he worked under Gabriele Bonci, known as the “king of pizza” in Rome. The menu is full of benedicts, toasts, frittatas, croissant sandwiches (the smoked salmon is excellent), bowls, pastries, and those breakfast pinsas. They’ll also start offering kids’ takeaway school lunches parents can pick up daily, with vegan and gluten-free options.

I know the “why” of the project. I just wonder about the hours. I want to know “how” he can pull it off.

“It just added four hours to my work day,” he smiles. “I didn’t sleep at night anyway and was up at 4AM looking for something to do.”