You are the owner of this article.
Edit Article Add New Article
You have permission to edit this article.
Edit
Welcome, Guest
Subscribe
San Diego Mag
Home
Restaurants
Things to Do
Neighborhoods
Outdoors
Getaways
Guides
People
Magazine
Directories
Charities
Share This
1 of 20 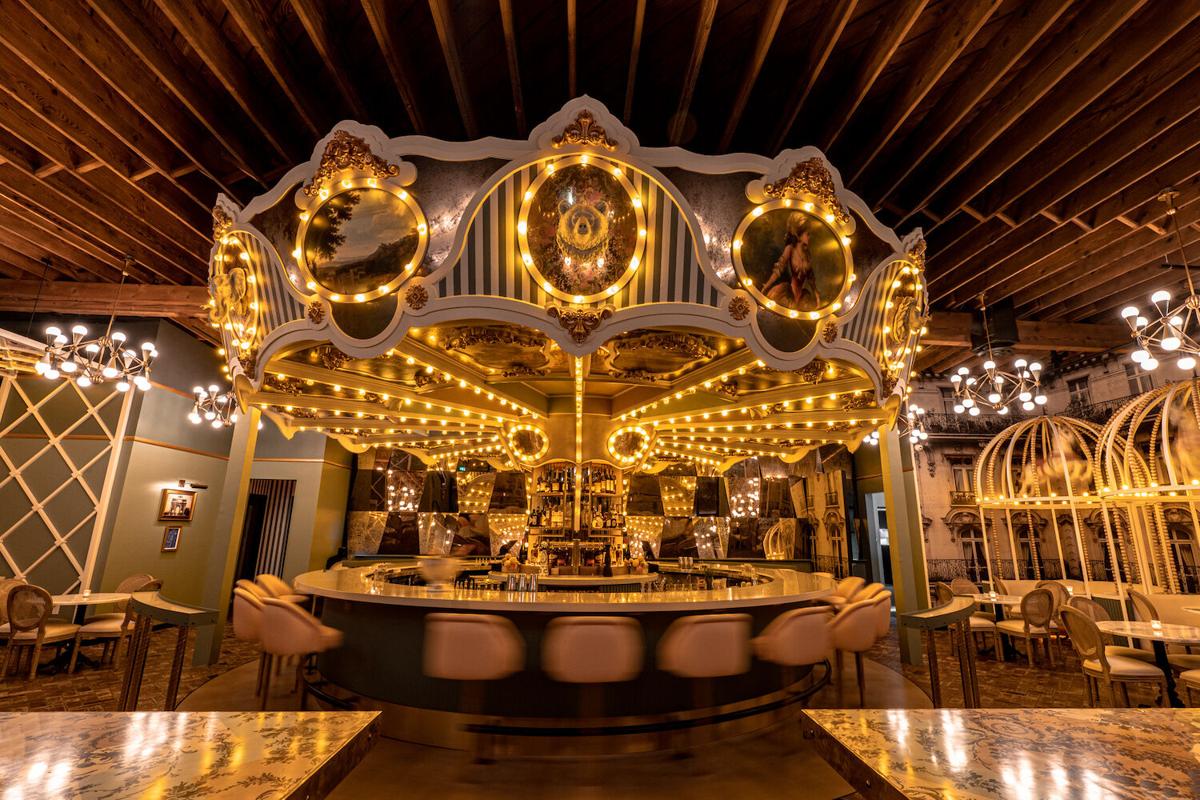 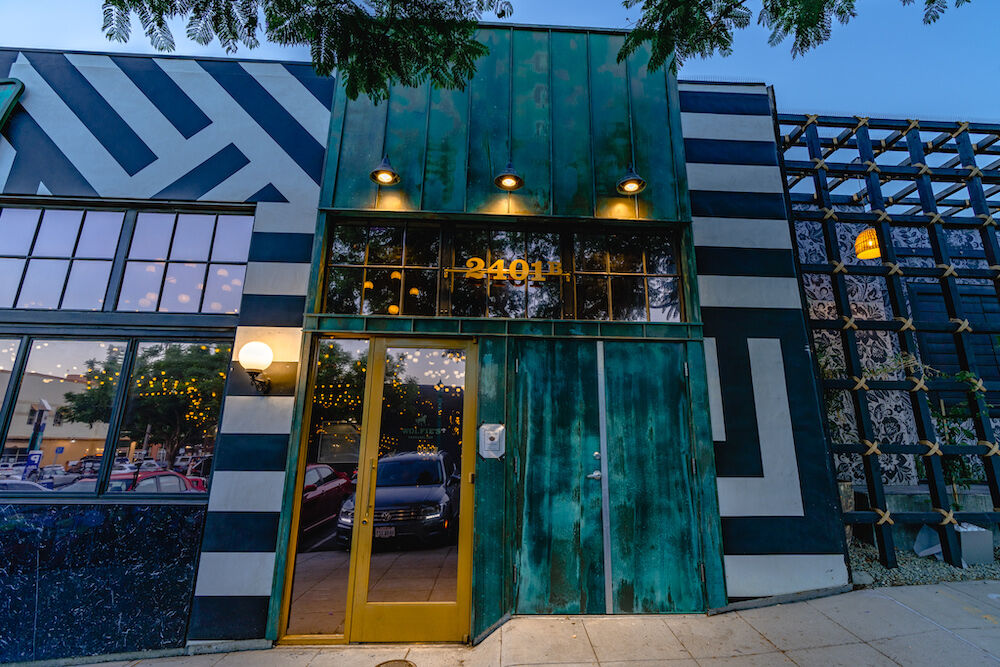 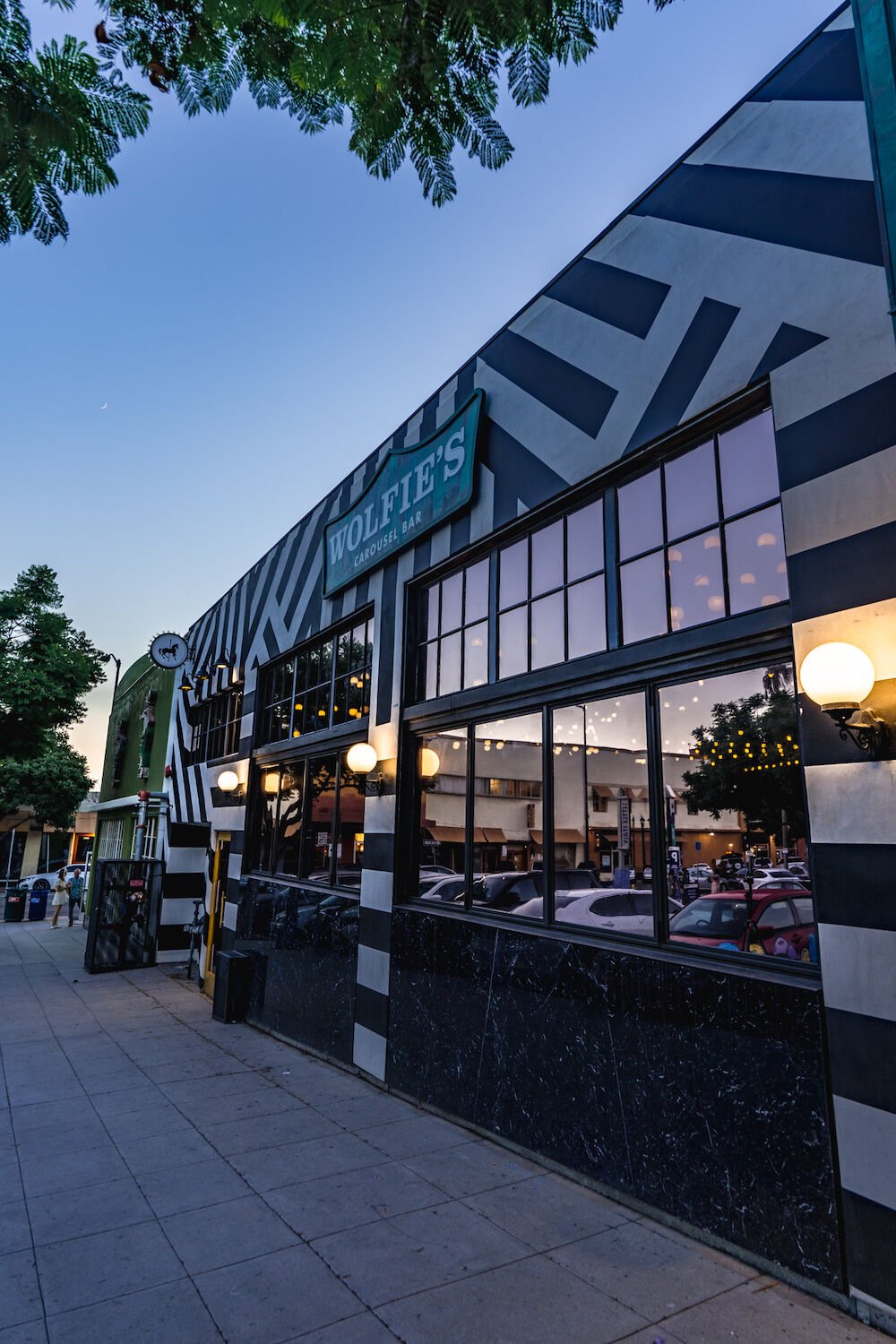 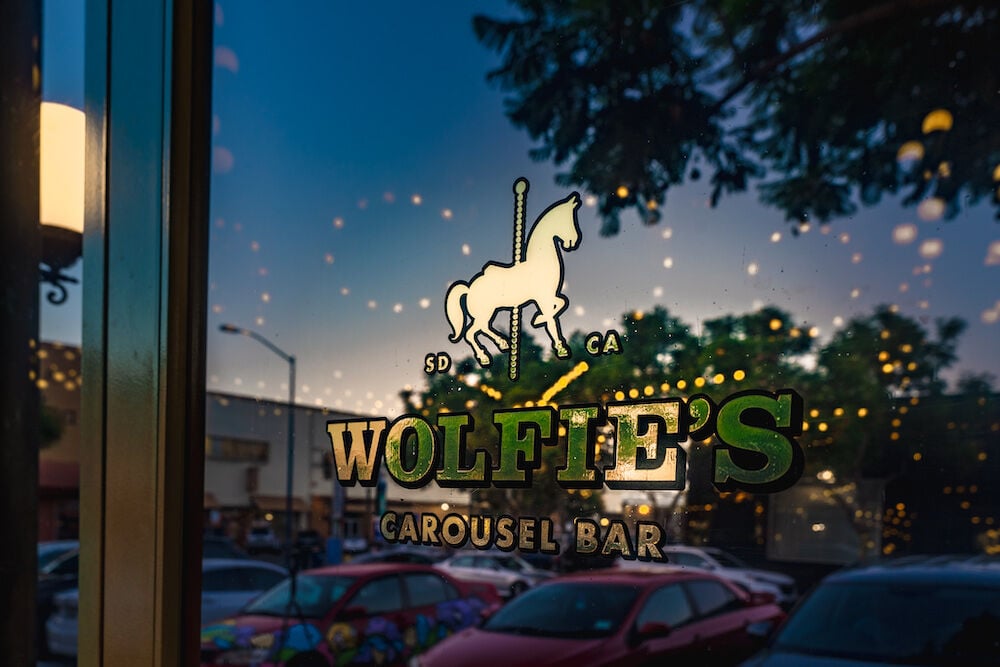 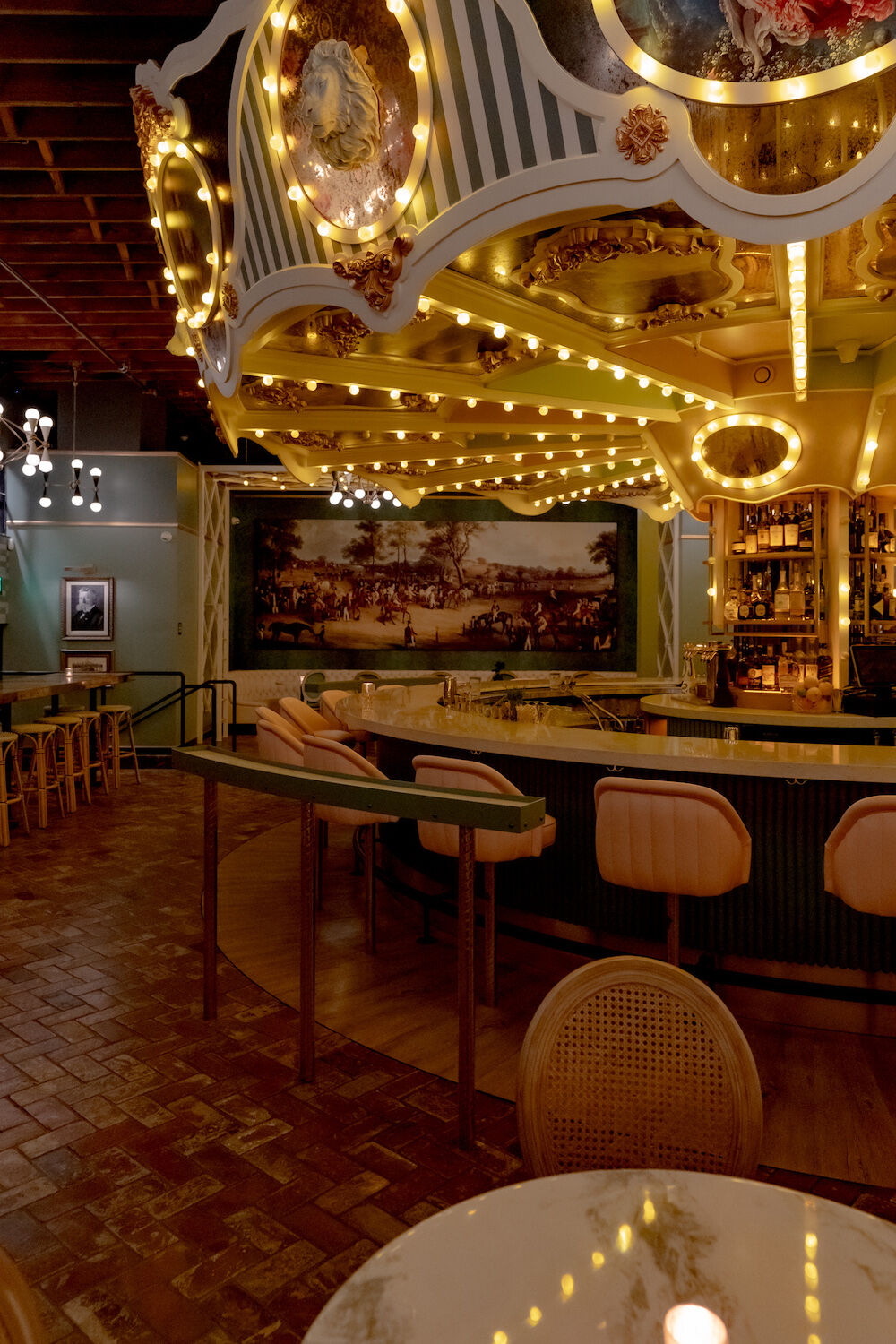 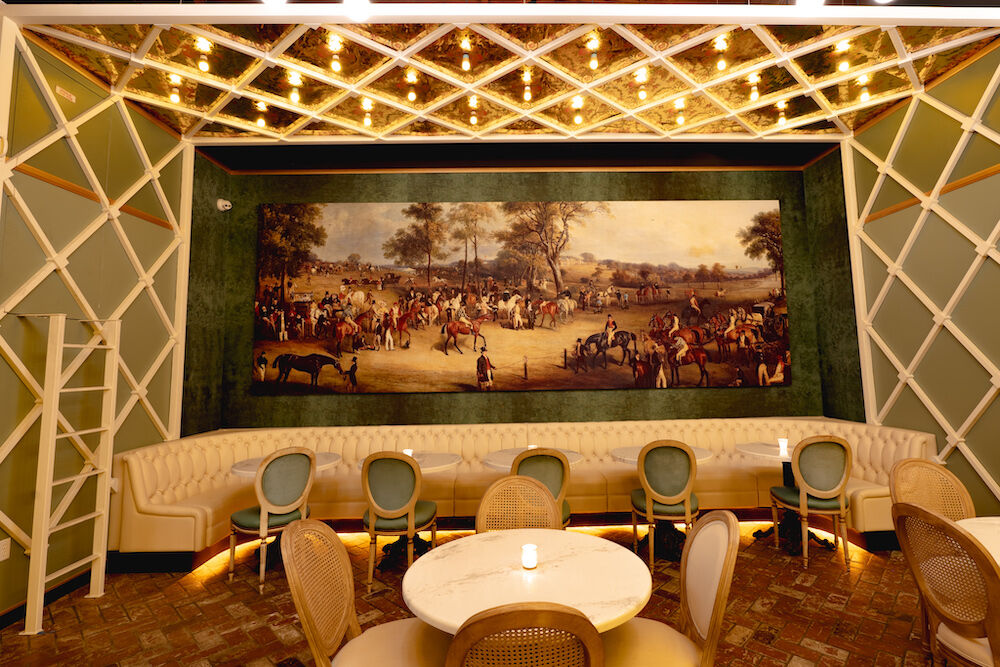 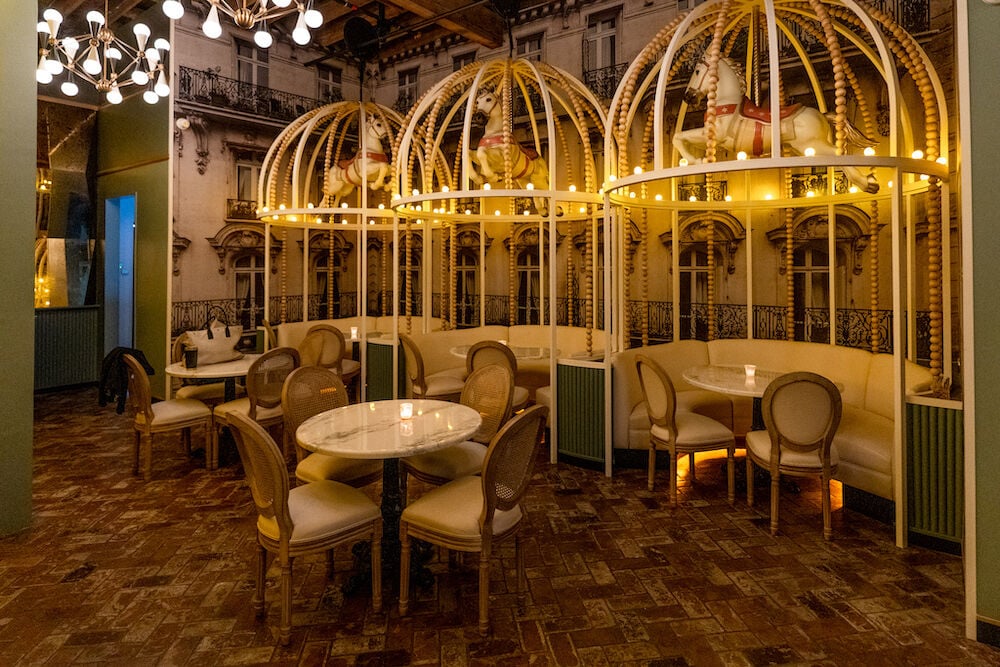 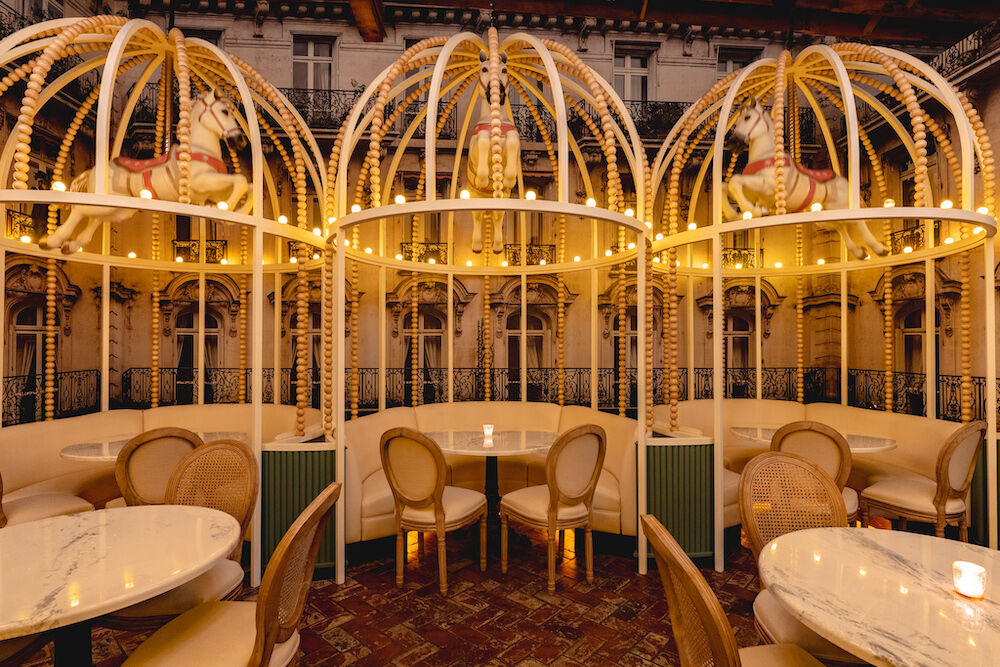 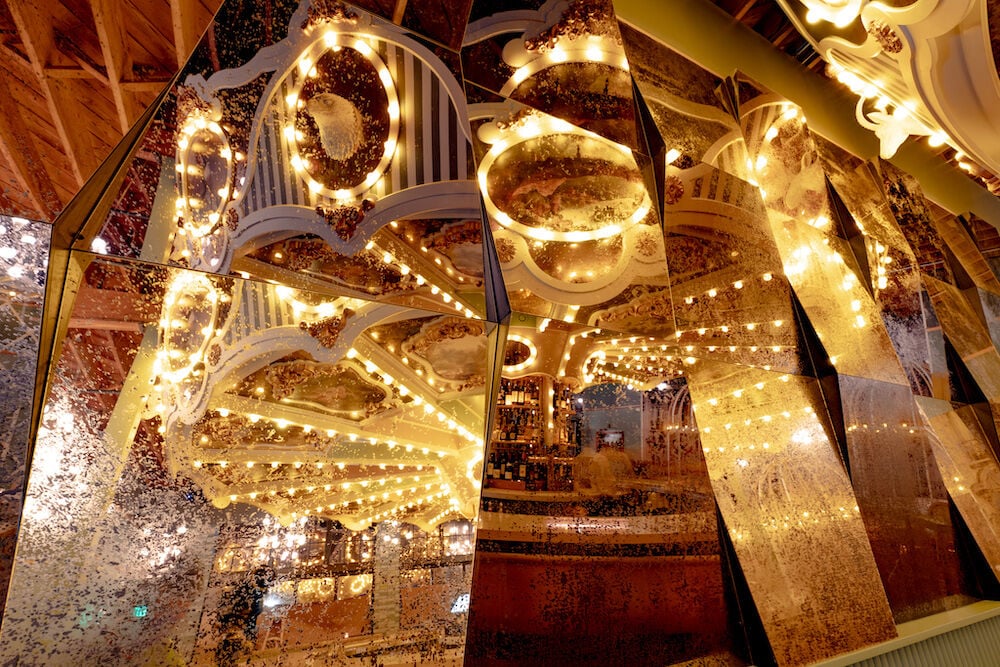 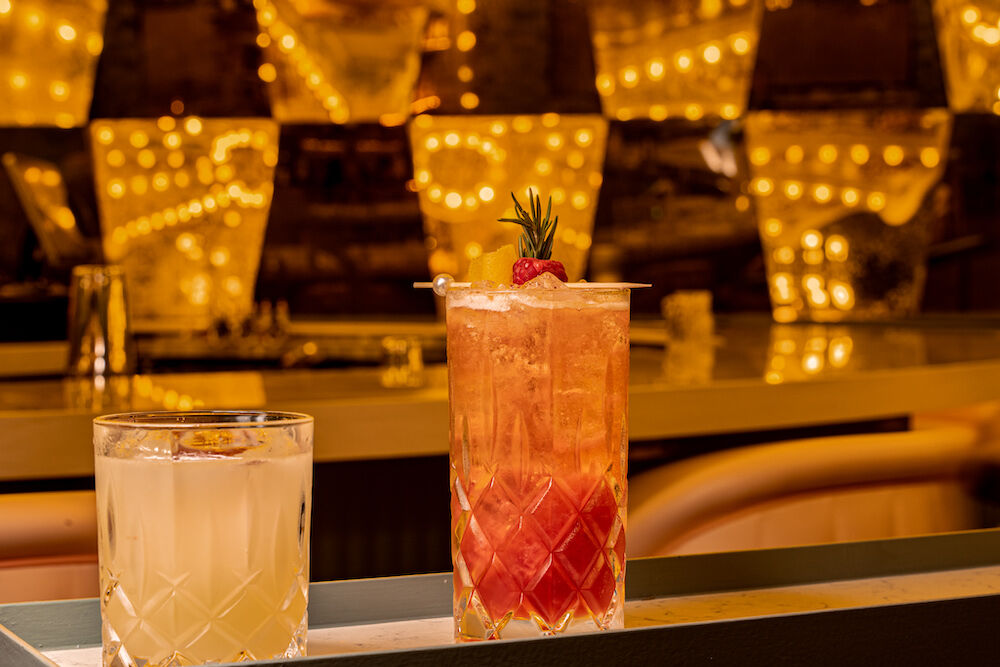 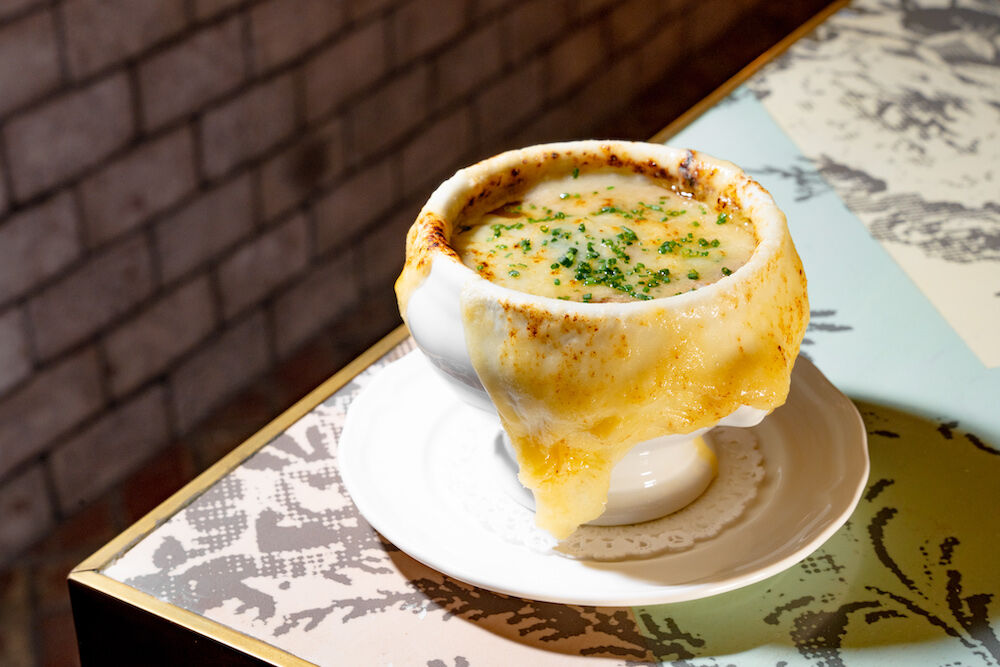 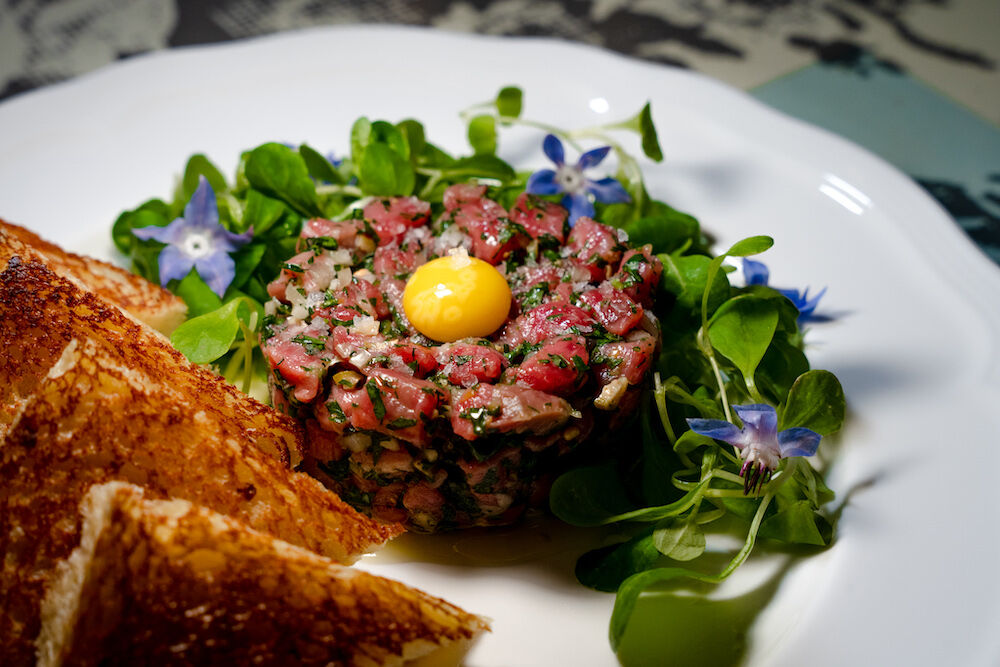 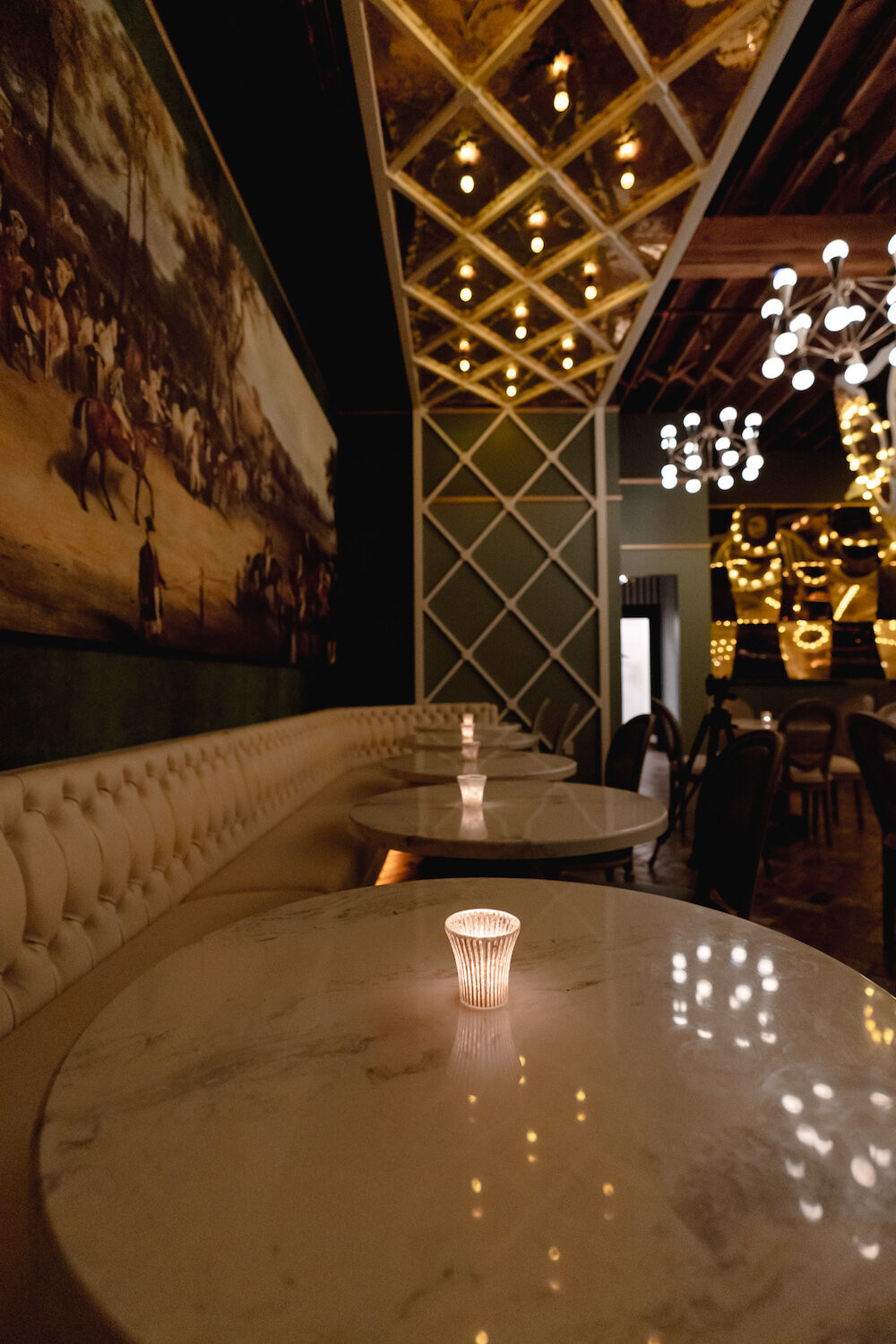 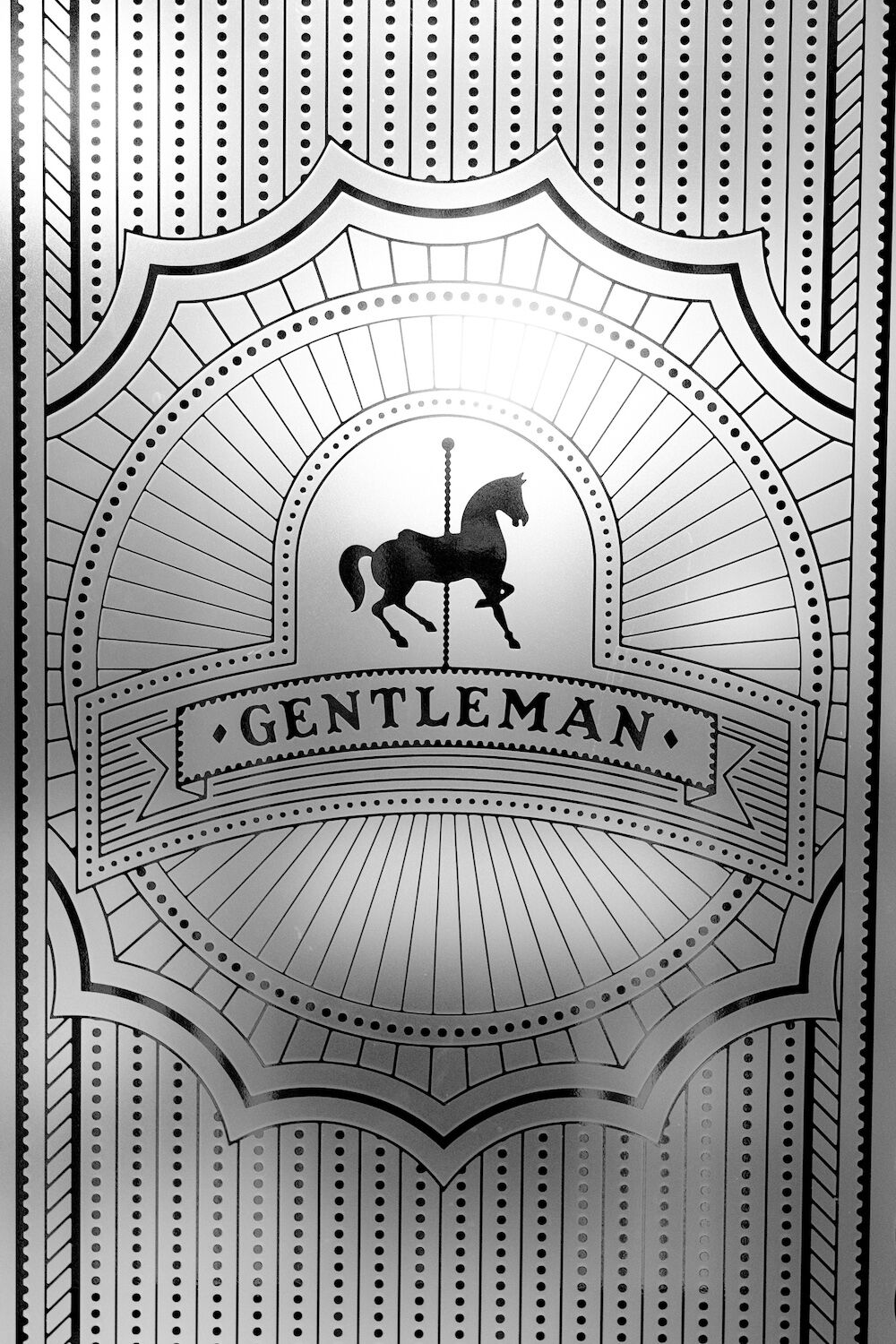 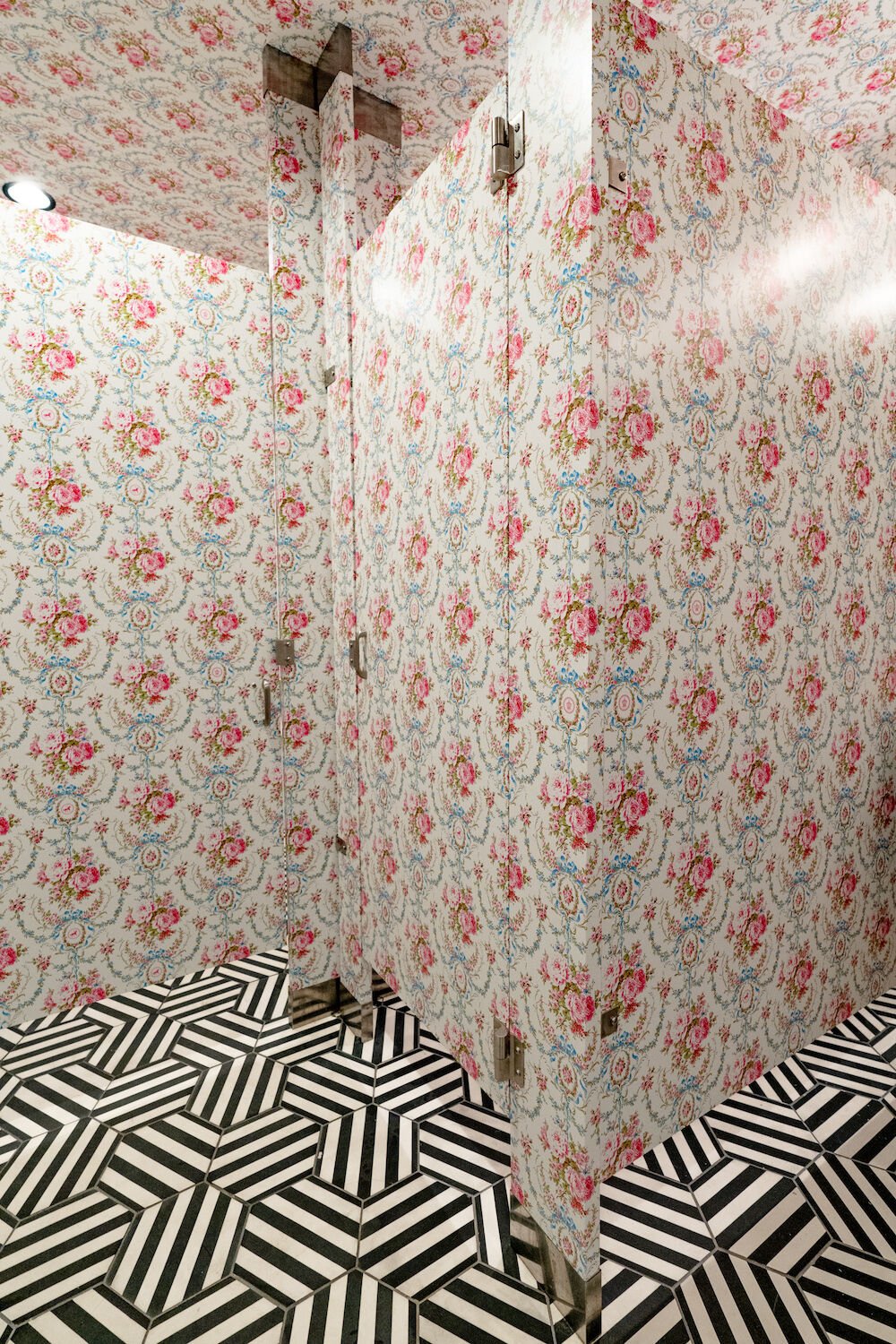 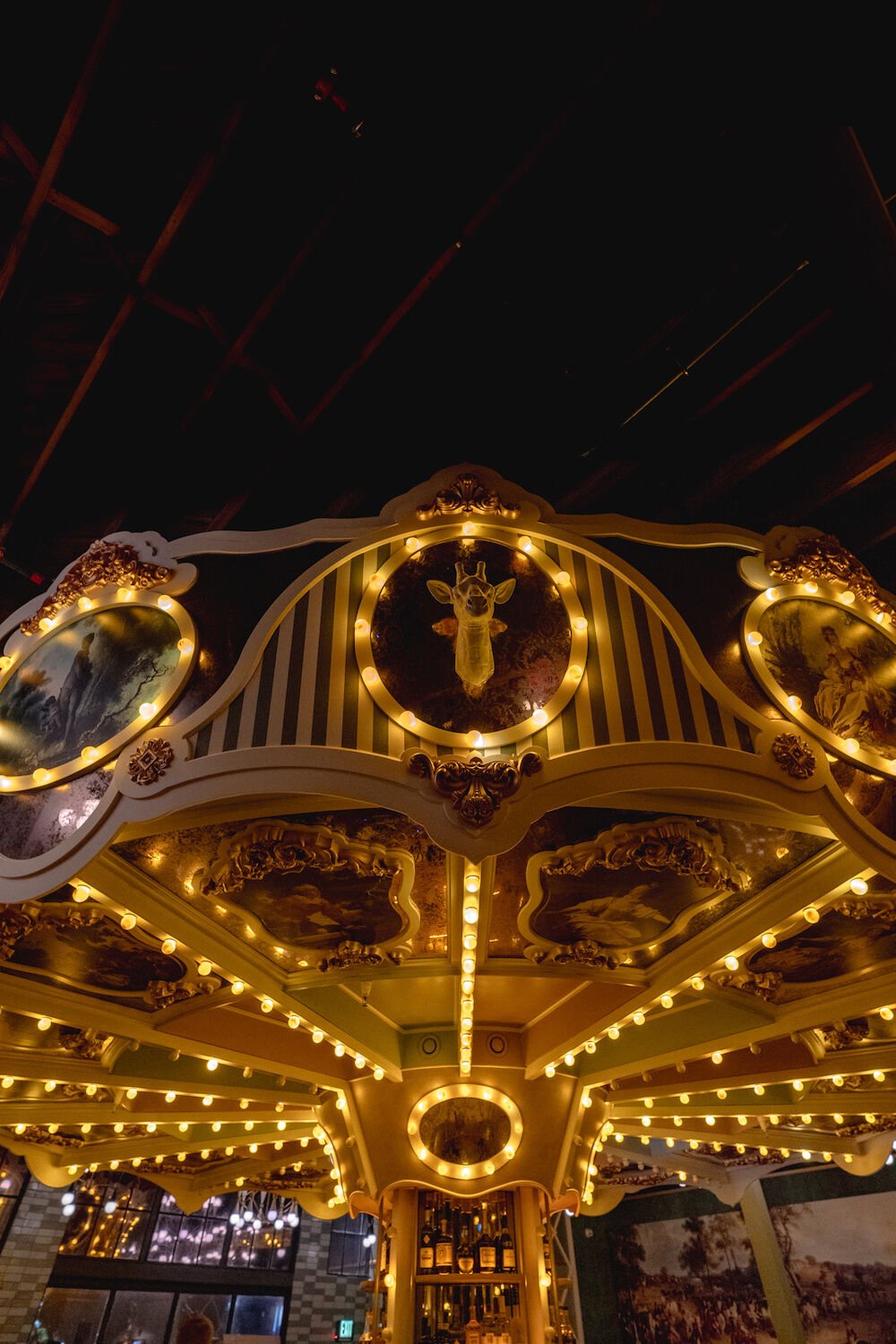 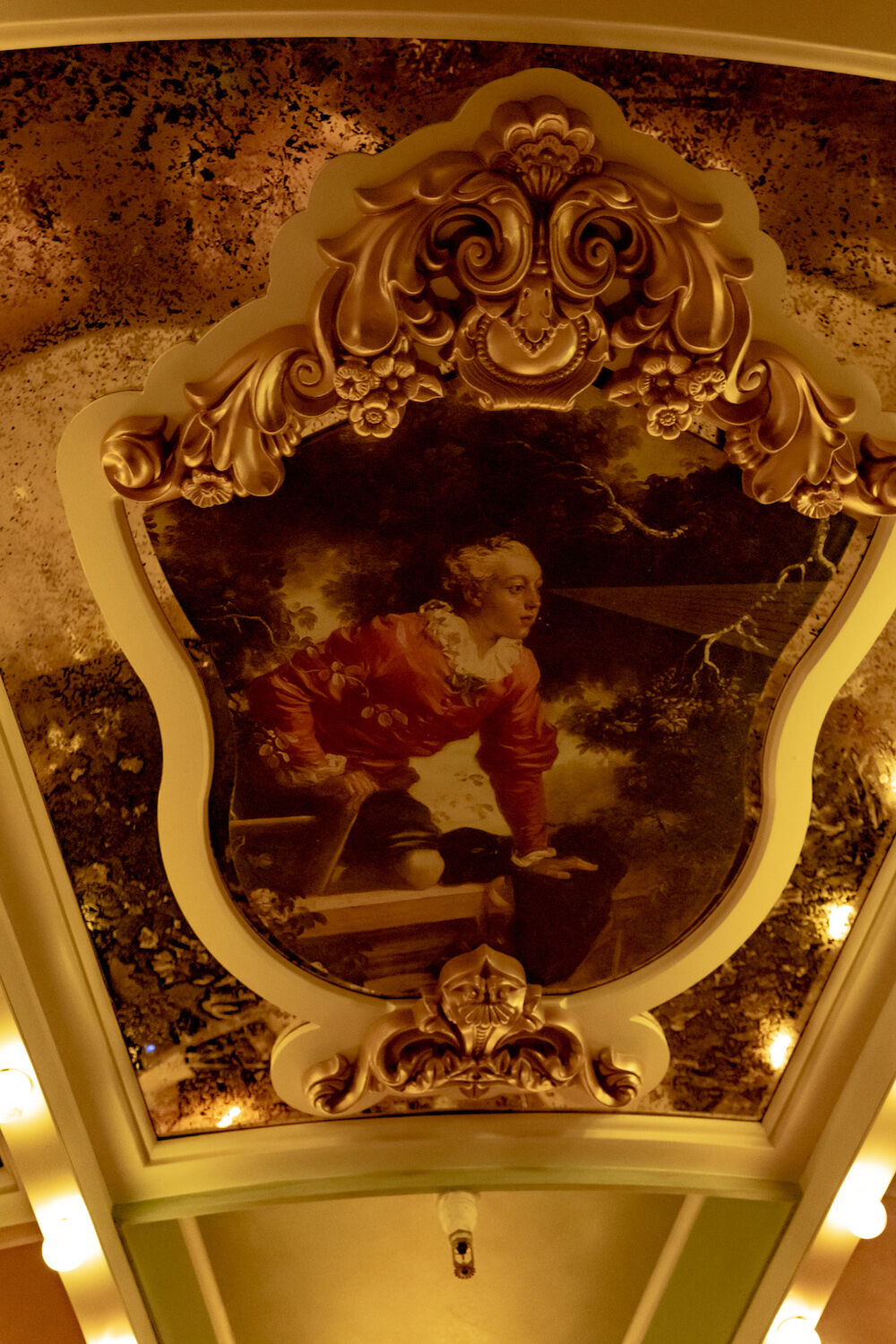 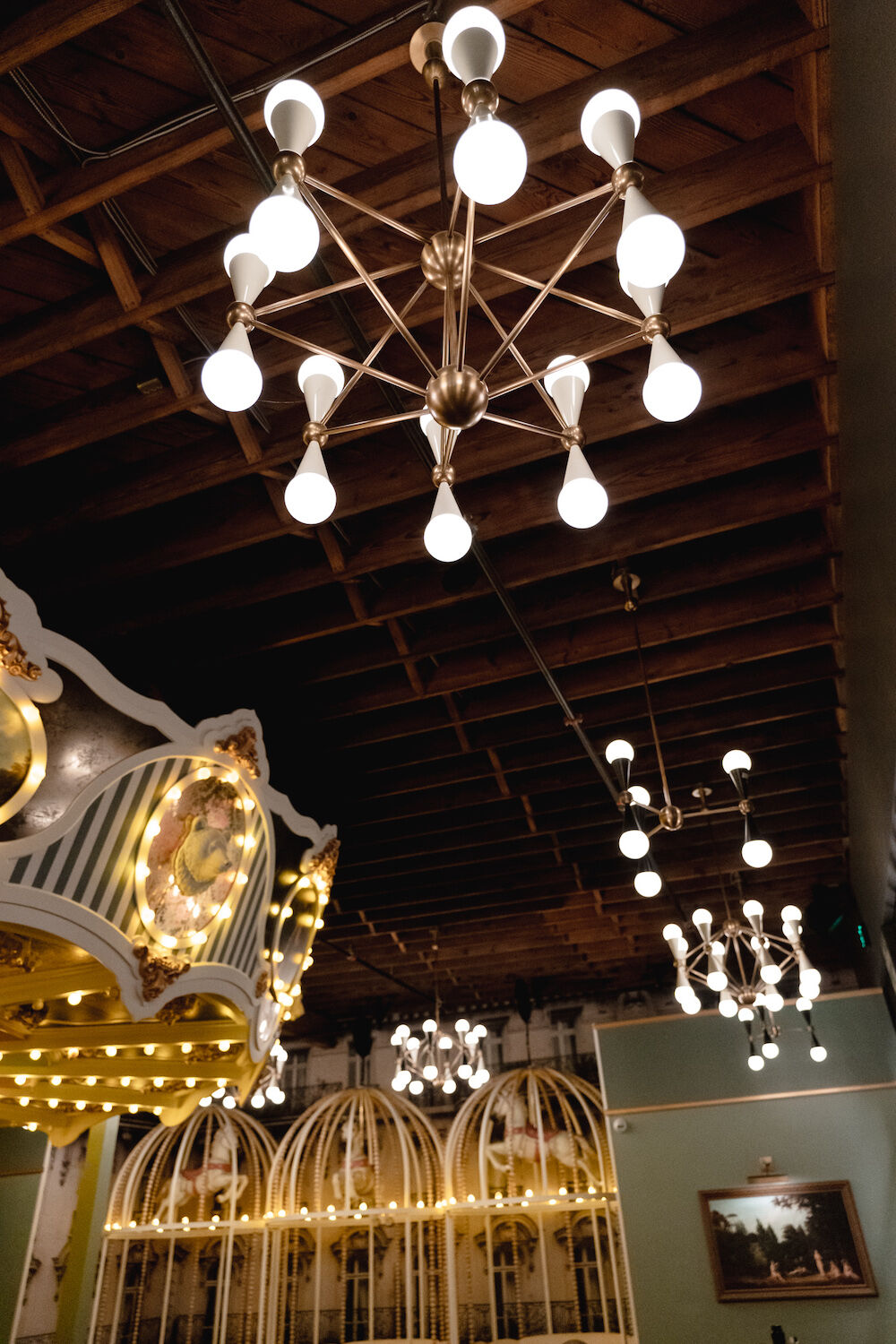 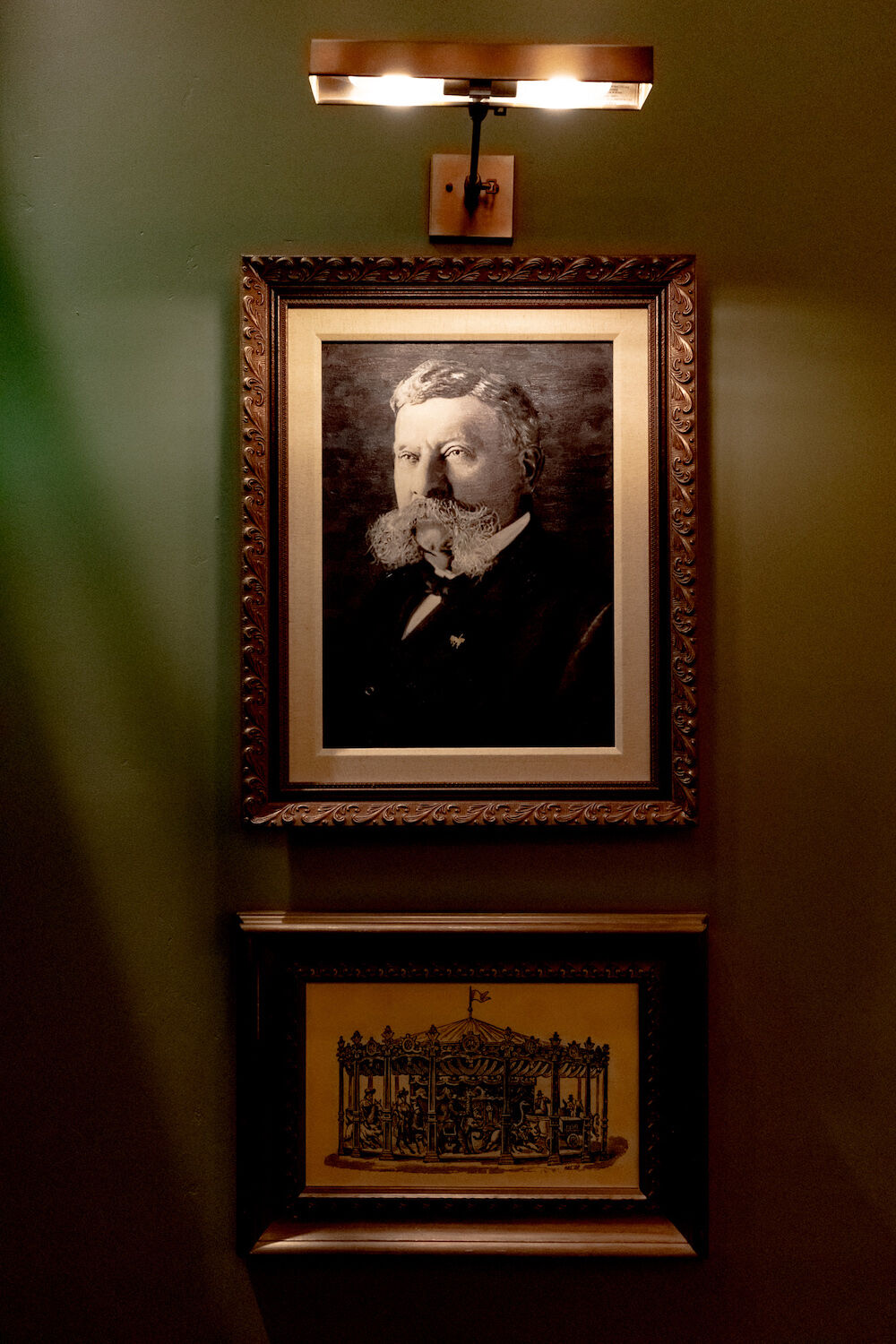 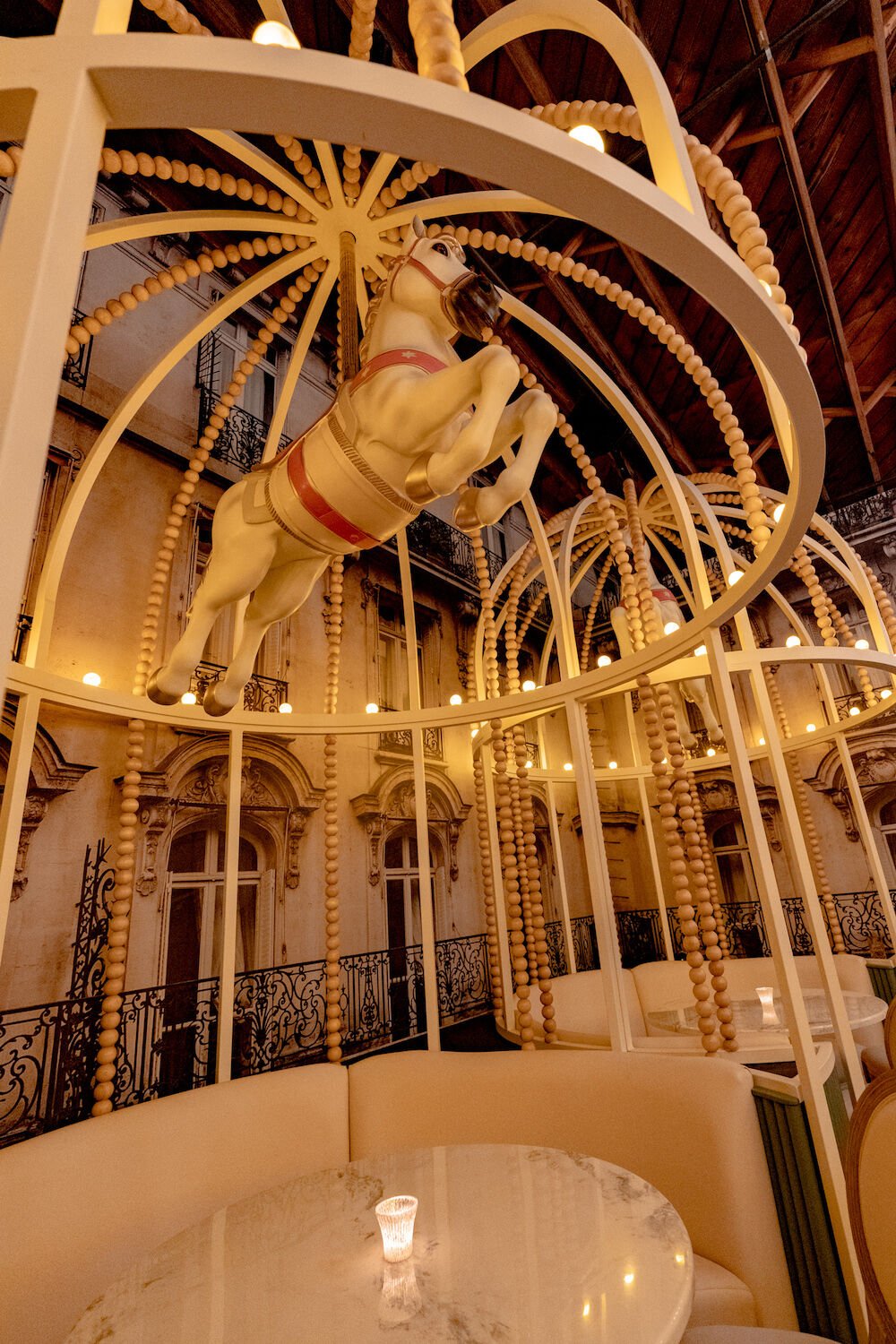 A carnival-size carousel has sat in a former auto garage in Little Italy for a year and a half. Its center axis is filled with very good booze and the DNA of various craft cocktails. Instead of plaster zoo animals, it has 24 very comfortable, pale-blush bar seats on pony poles. Once seated—with a Sazerac or Vieux Carré and steak frites or oysters Rockefeller—you will slowly revolve around the bartender, completing a full orbit every 14 and a half minutes to the pheromonal music of Serge Gainsbourg or some other lovely and narcotized French pop songs.

On your spin, you’ll notice the massive oil painting on the west wall, an 18th-century pastoral scene populated with 17 “Easter eggs” (a monkey, a DeLorean, a billionaire’s spaceship, other comments on cultures then and now). You’ll watch the full-size carousel horses slowly bob on their golden poles above leather booths, which are tucked inside giant birdcages.

On your spin, you’ll pass under various French Renaissance paintings. They’ve been Photoshopped, distressed, and cut into that classic family-crest shape of carousel art. There are also Easter eggs painted into each of these.

In early 2020, this carousel was 10 days away from its maiden go-round. And then, well, you know. Finally, Wolfie’s Carousel is opening.

“What I love is, you look up and all of a sudden you’re facing a whole different part of the restaurant without noticing,” says Abe Aguilar as we glacially drift.

“We love Disneyland—a lot, maybe too much,” adds Mauricio Couturier.

The four owners—Couturier and his wife Gillian, Aguilar and his brother Ricky—built the whole place by hand. They molded the ornate plaster designs on the crown of the carousel, they individually painted its 400 bulbs. They distressed the mirrors on the north wall, angled so they create a sort of 1970s fun-house effect.

It’s a charming spectacle, a flickering intersection of engineering, art school, and hospitality. Even for locals who’ve come to expect odd and grandiose ideas from the Couturiers and Aguilar—who brought the city the red-light muralscape of El Camino, the LED show and Ryan Gosling commode of Bang Bang, and the light-show vertigo of Voyeur—this feels like a feat of whimsy.

“If it’s just a regular restaurant—how boring. Stay at home. Why go out?” says Couturier.

“The impetus of everything has always been the experience of the customer,” Abe adds. “To create something special for the community, and let them enjoy something positive. But ultimately our goal is to create a staple for the city.”

The concept has its predecessors, of course, most notably the famous Carousel Bar in New Orleans—which was the original spark of the idea. But Wolfie’s is very different, and also inspired by Hunter S. Thompson’s pharmaceutical-lit classic, Fear and Loathing in Las Vegas. “That was one of the first books that got me hooked on reading,” Couturier says. “I loved that scene where Thompson goes to Vegas with his lawyer and they’re sitting at the rotating bar at Circus Circus in all the Vegas grossness. So I went back there to experience it—but they took it out.”

In fact, they had trouble finding anyone who knew how to build a carousel bar. They tried tracking down the original engineer of the Carousel Bar, but that was built nearly 100 years ago. In the end, they just dug a hole in the floor and made enough mistakes until they figured it out. To supply all the electricity, they had to dig up Kalmia Street and install power lines (which will benefit their neighbors as well).

“We hit all the major hurdles, including the mother of all hurdles—COVID,” says Aguilar.

In a place like this, you could serve recently defrosted food. Really lean into the microwave-to-table movement. But they hired chef Peter Ziegler, formerly of The Pearl Hotel and Charles + Dinorah. He’s doing Parisian bistro classics, like the oysters, wagyu tartare with quail yolk, you name it. The bar is doing old and new, from a French 75, Sazeracs, and The Lumière (gin, elderflower, Chartreuse, topped with gold leaf) to The Last Mezcal (botanical mezcal, maraschino, Chartreuse) and Wolfie’s Vieux (Whistle Pig rye whiskey, Rémy Martin VSOP cognac, Carpano).

I look down at the cocktail in my hand. The top ice cube has been carved with the Wolfie’s Carousel logo, and the bartender “paints it in” by filling the grooves with dark red bitters.