You are the owner of this article.
Edit Article Add New Article
You have permission to edit this article.
Edit
Welcome, Guest
Subscribe
San Diego Mag
Home
Restaurants
Things to Do
Neighborhoods
Outdoors
Getaways
Guides
People
Magazine
Directories
Charities
Share This
1 of 27 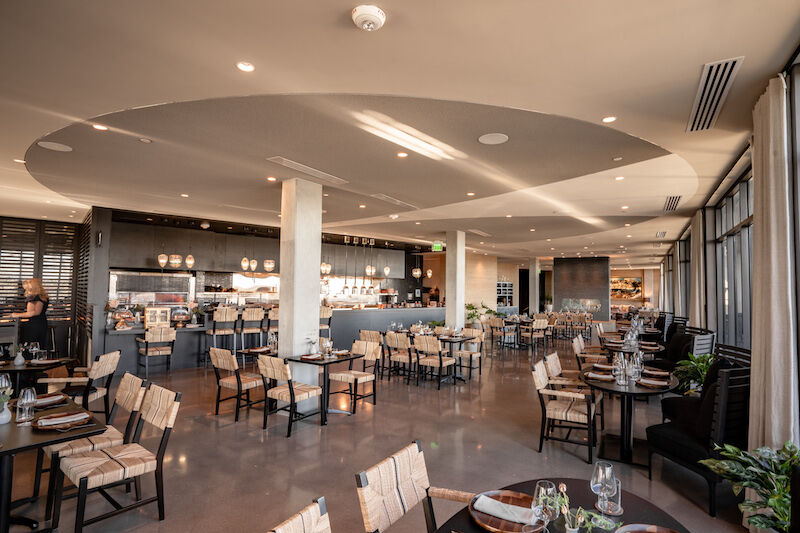 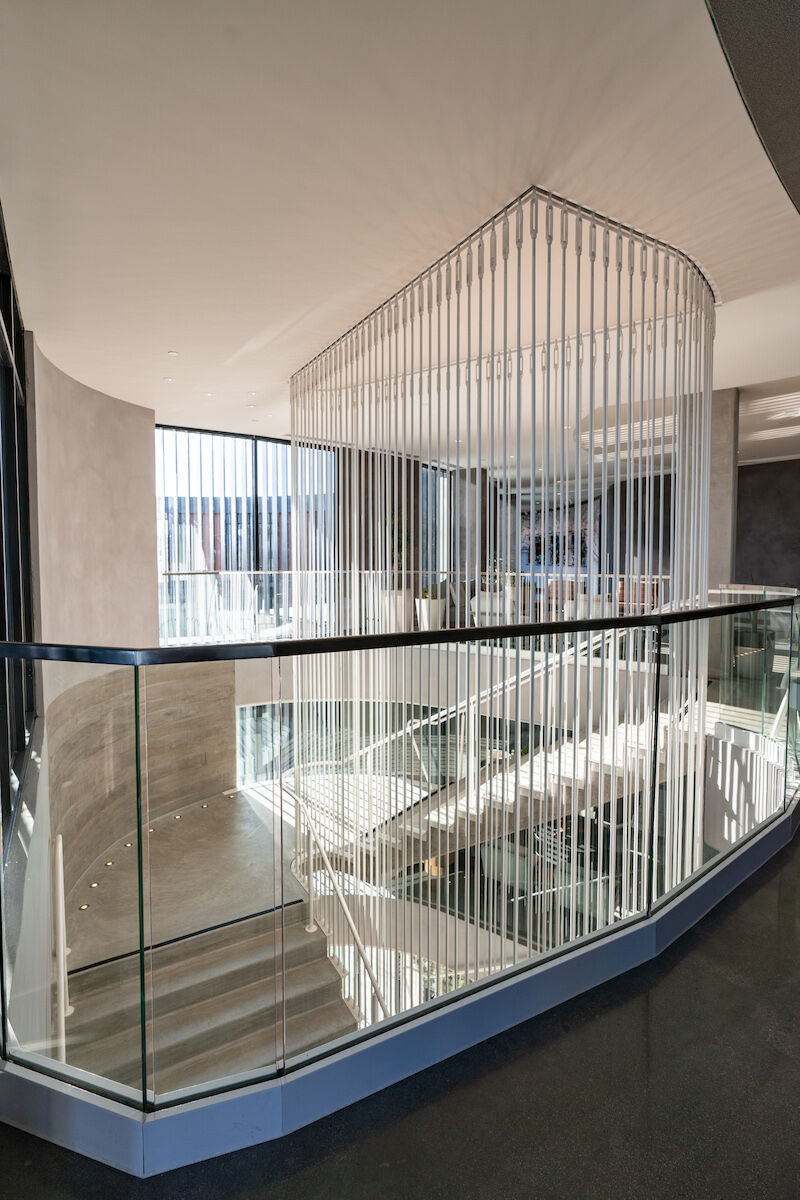 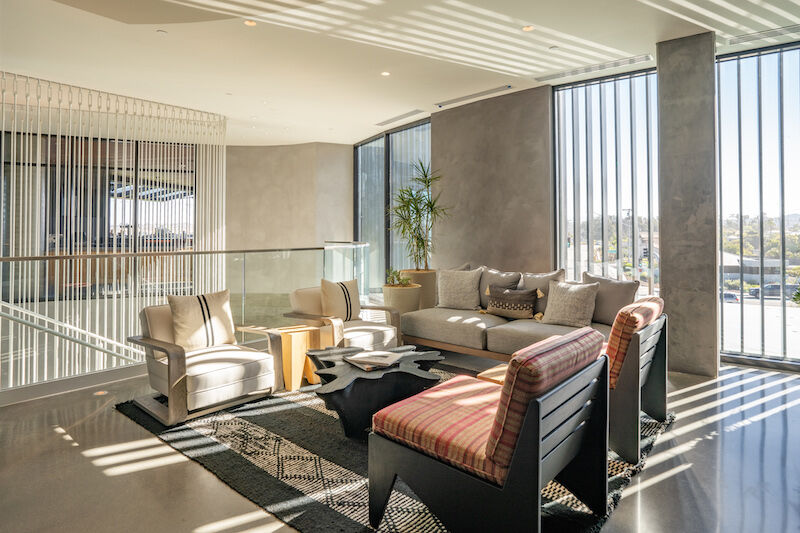 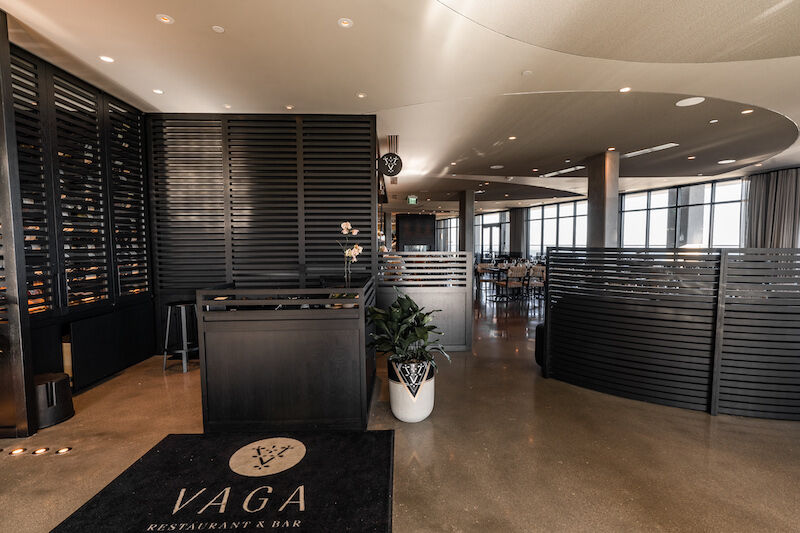 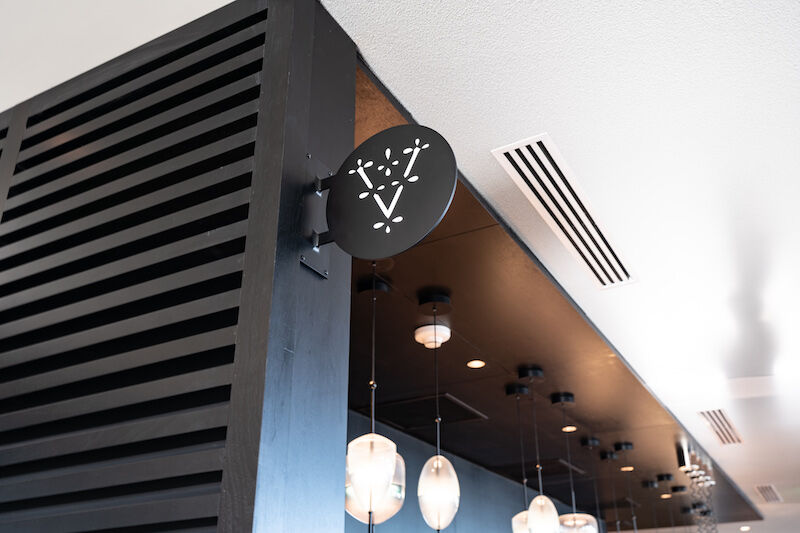 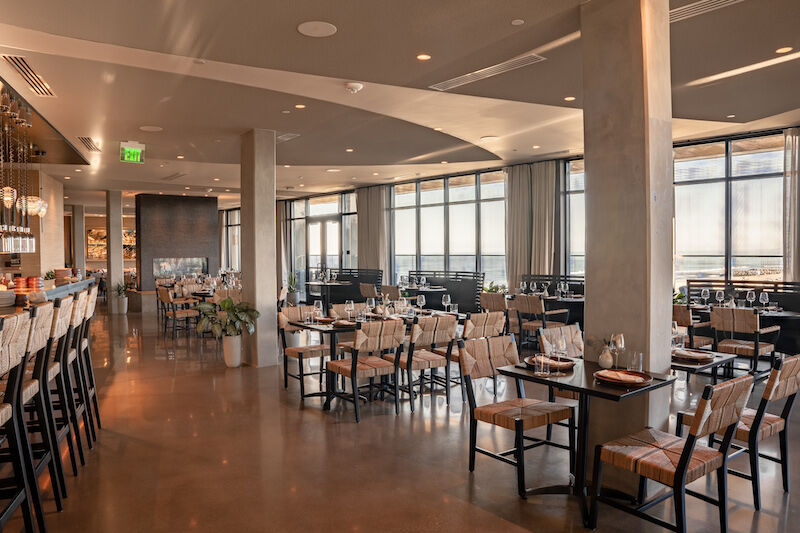 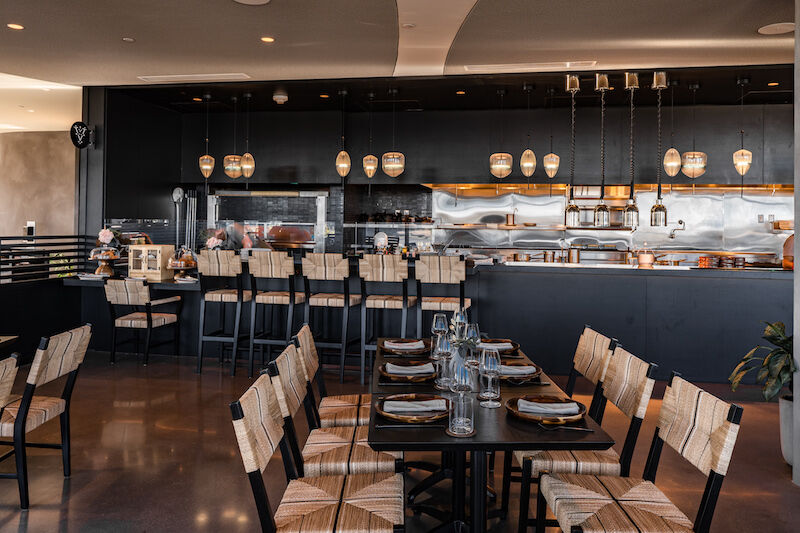 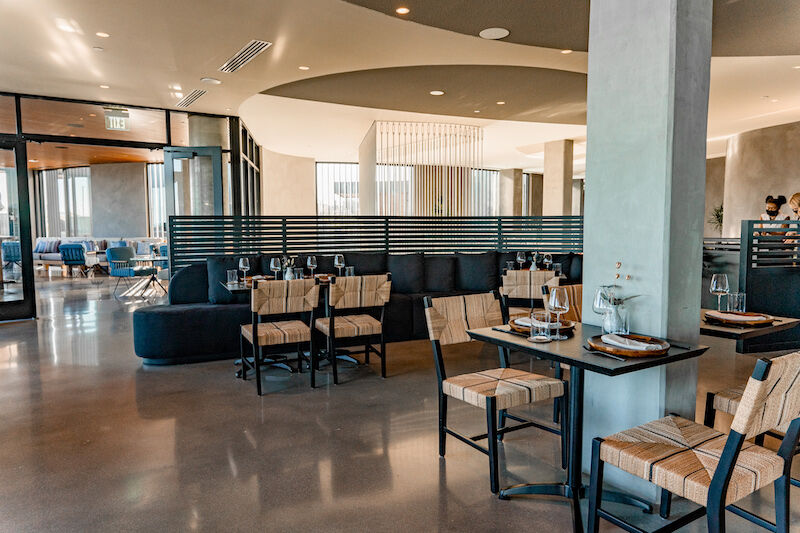 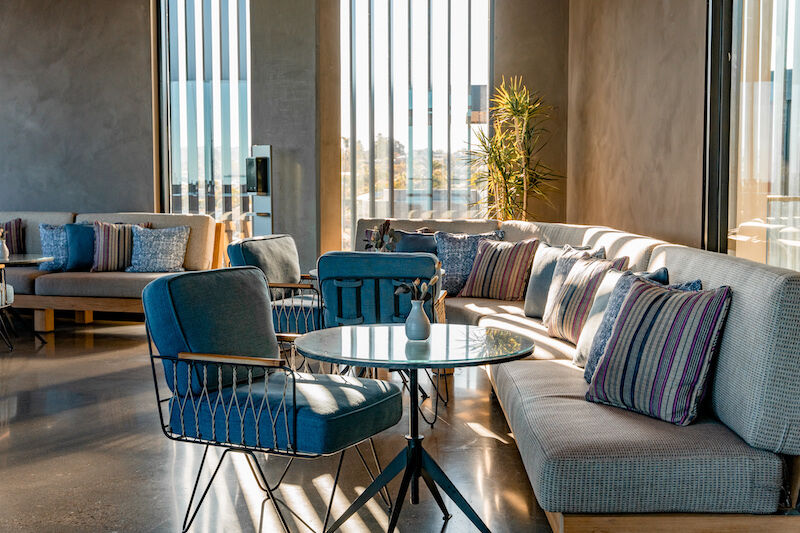 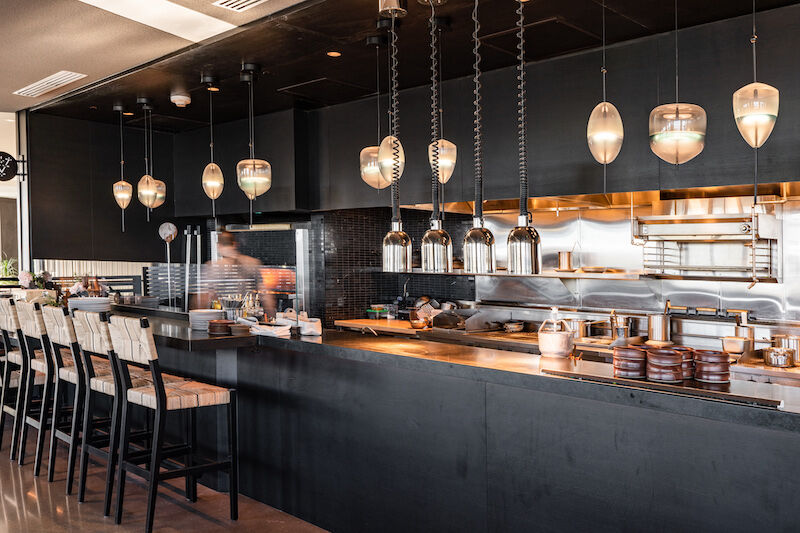 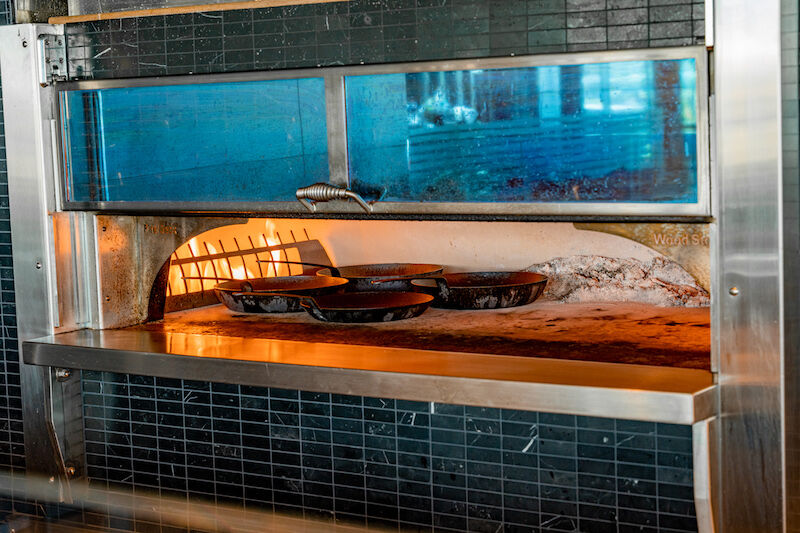 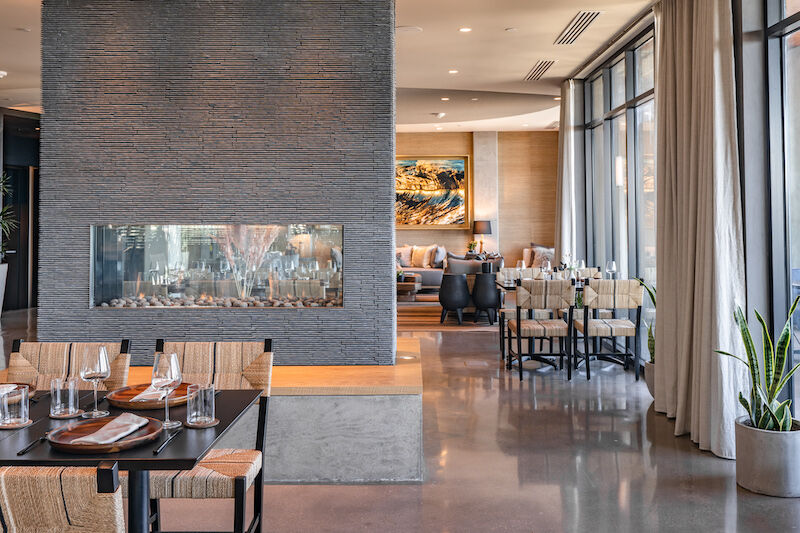 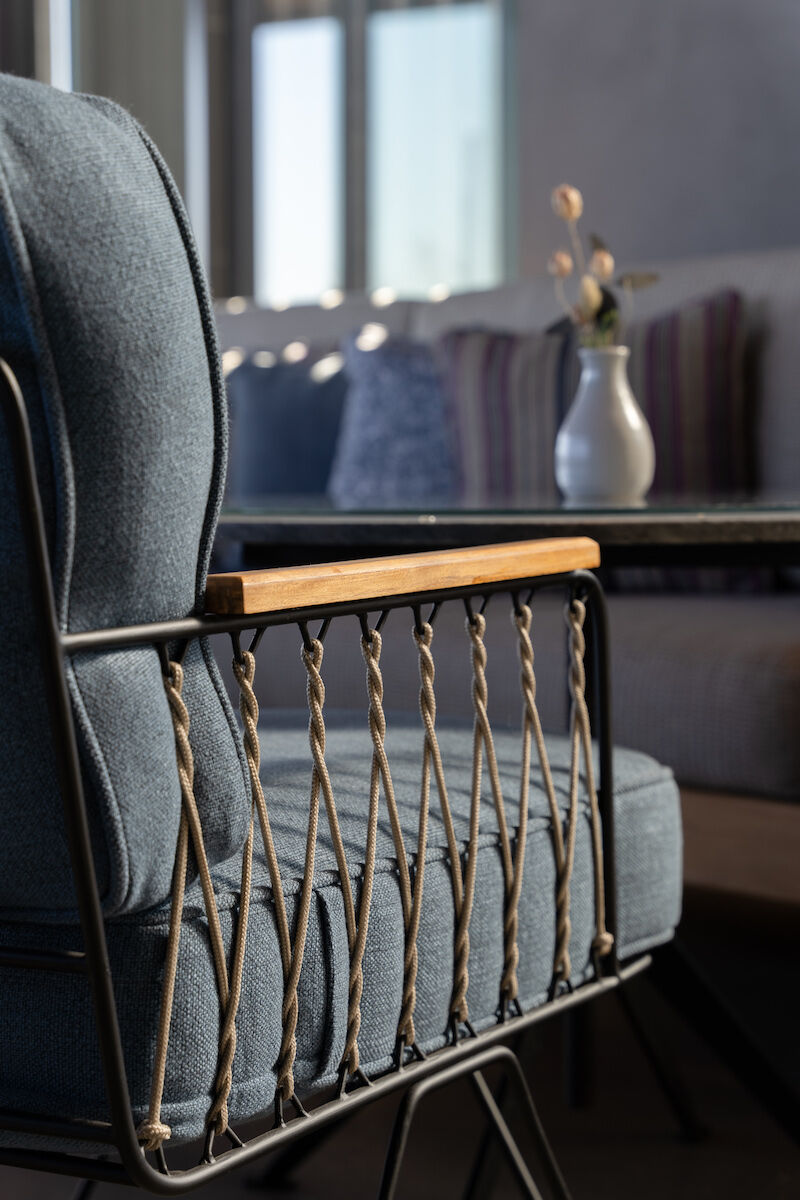 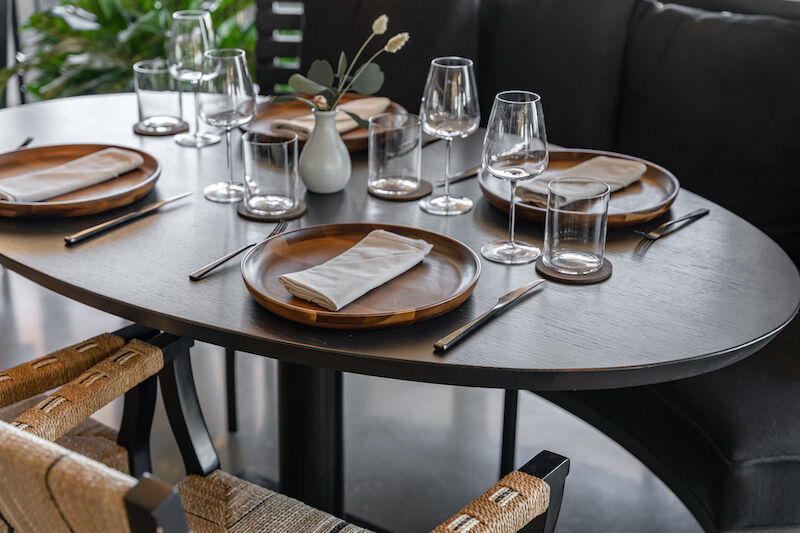 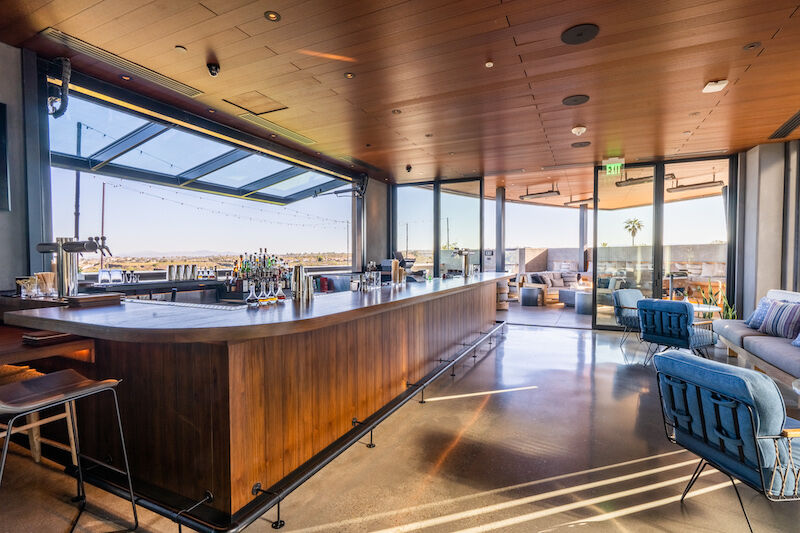 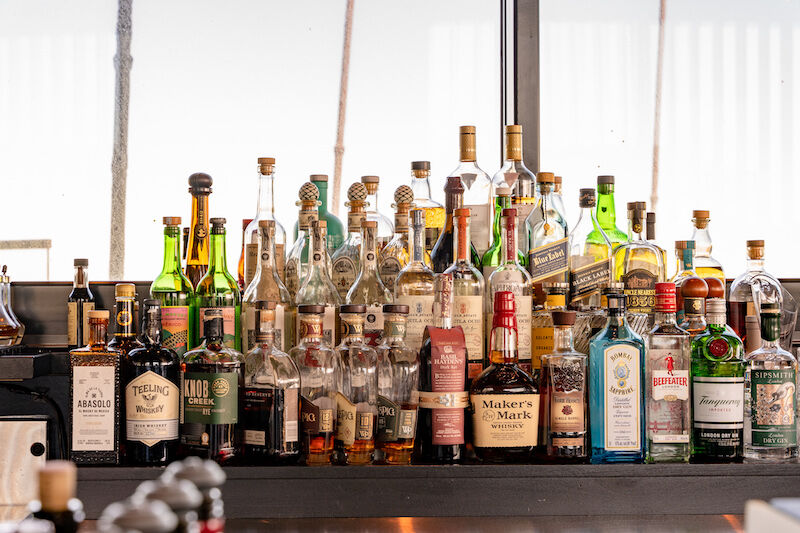 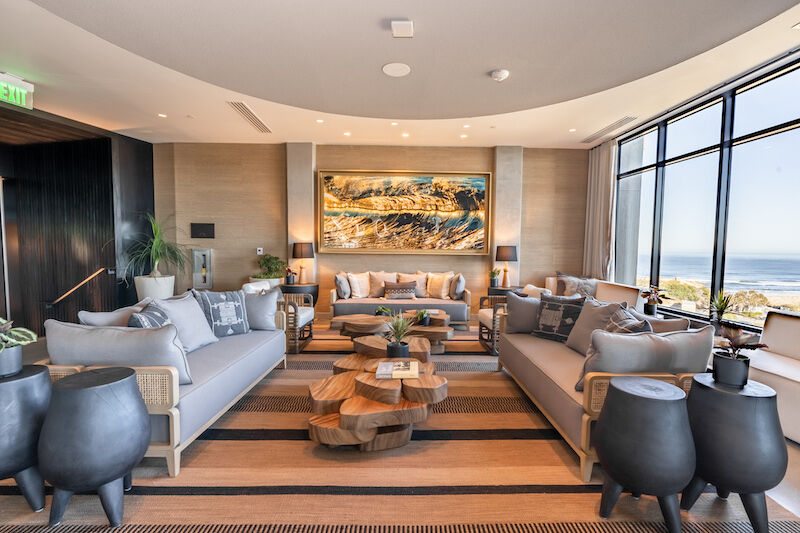 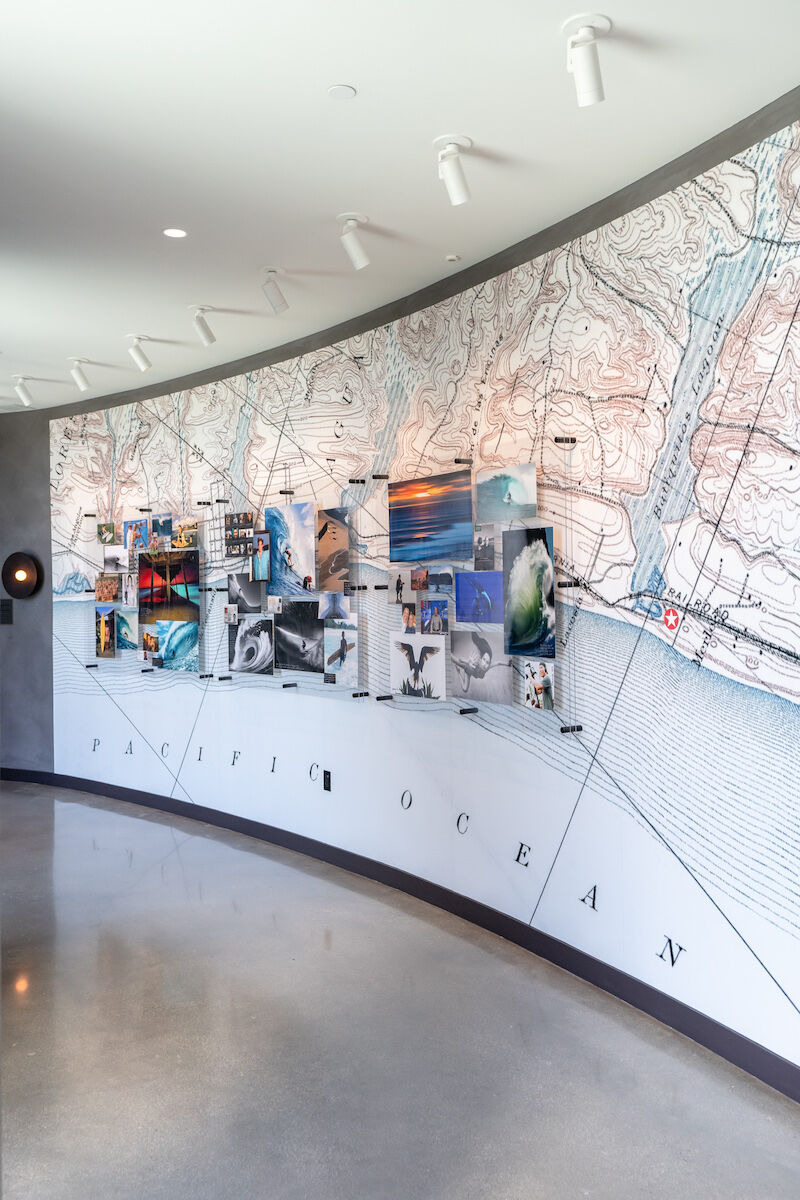 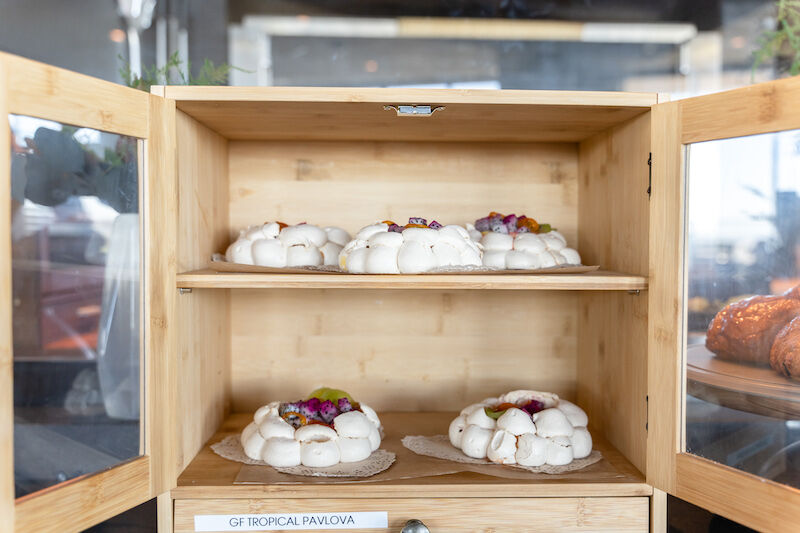 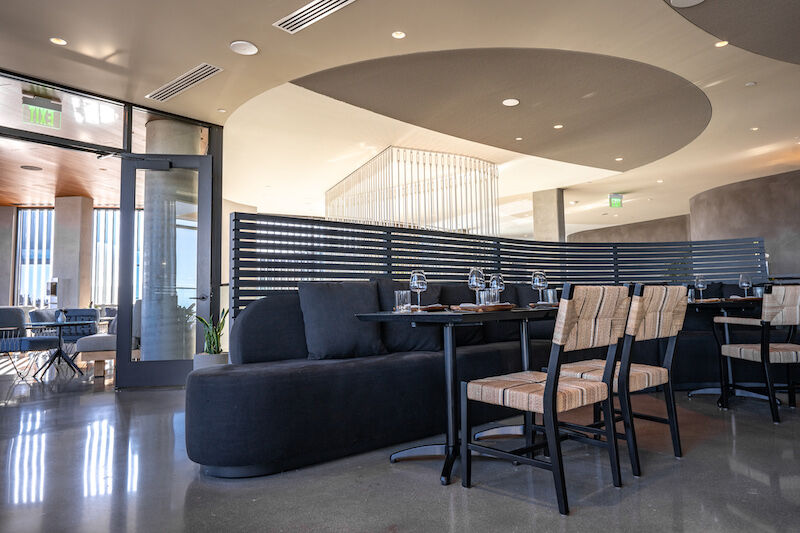 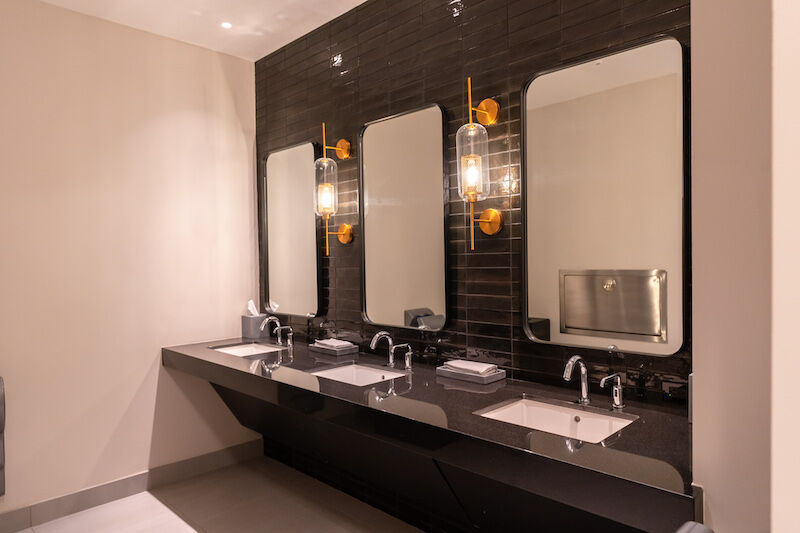 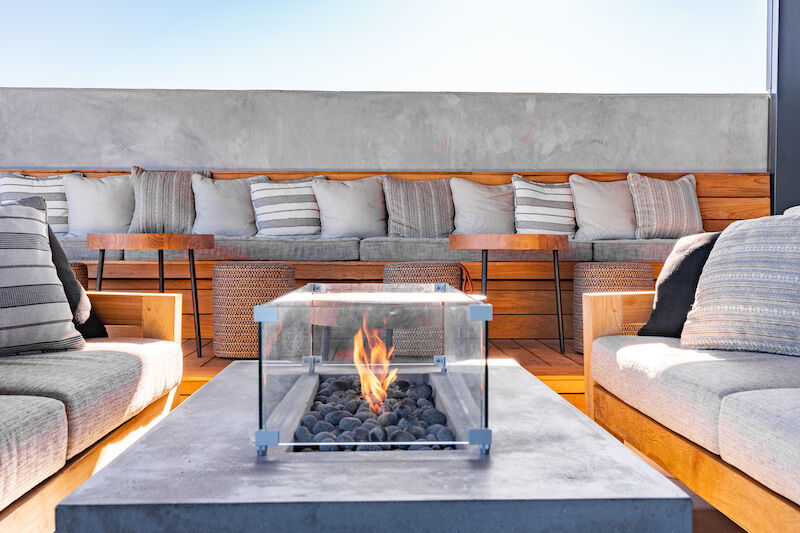 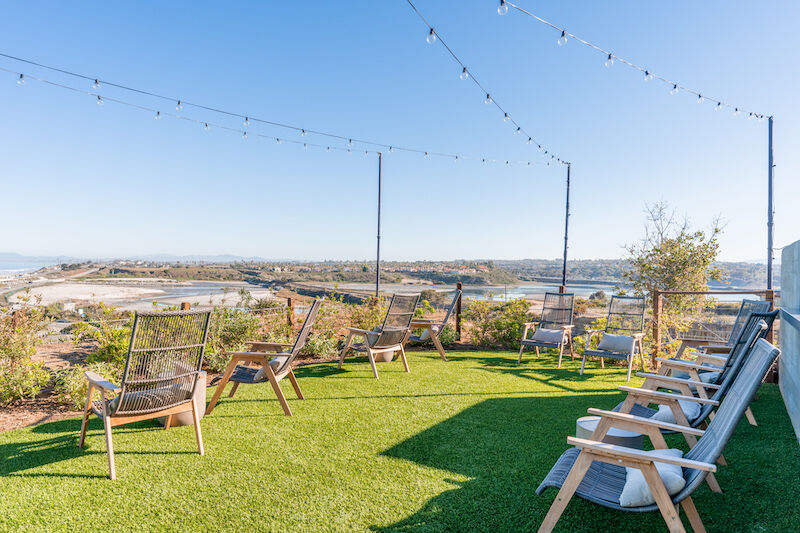 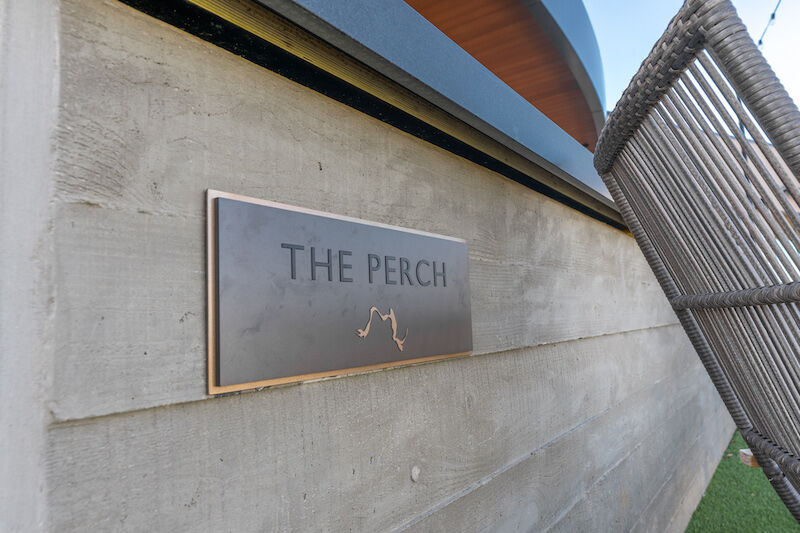 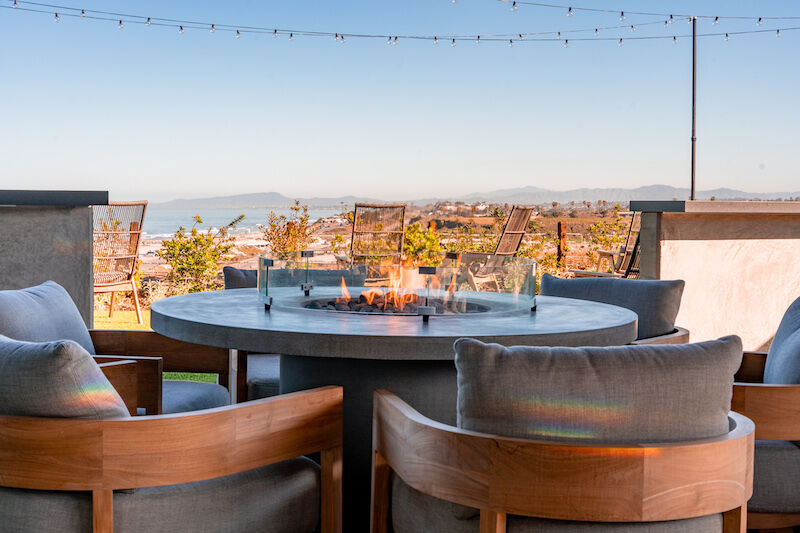 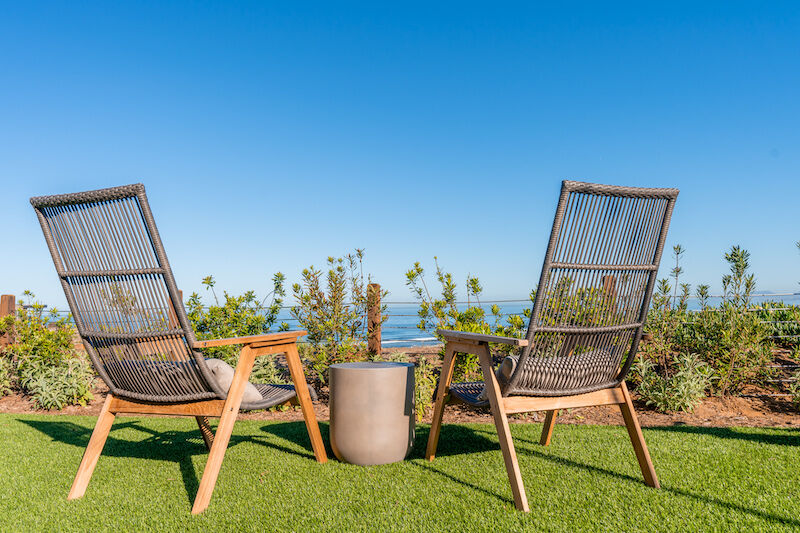 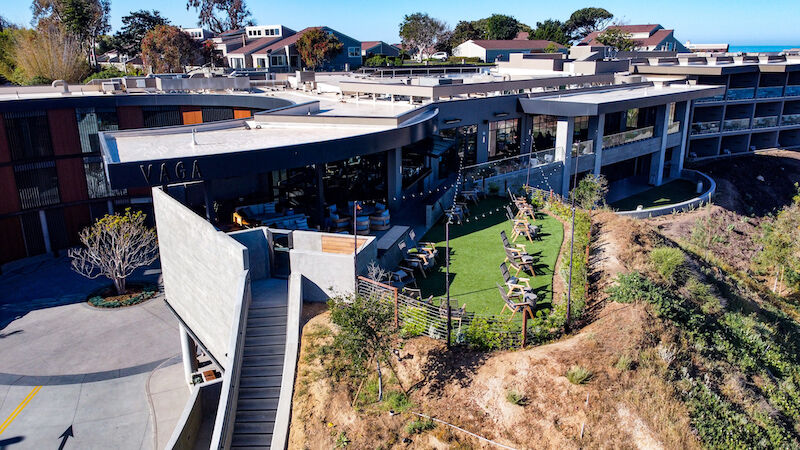 At Puerto Escondido in Oaxaca, Mexico, monster 20-foot waves crush the shore. Water roils and churns and threatens. It was in those waters that chef Claudette Zepeda—fresh off a James Beard nomination and two appearances on Top Chef and absolutely beaten down to her core—let it all go.

“It’s the gnarliest current I’ve ever felt in the ocean,” she says. “You put your feet in and it feels like it’s pulling the soul out of you. I was knee-deep and got knocked over and I just remember the word ‘surrender’ coming into my brain.”

For almost 20 years, Zepeda had given everything to chef life. Her two kids, now 15 and 17, can count on one hand the number of months they’ve had with their mom. In 2019, her most recent restaurant, El Jardín—a concept dedicated to women, featuring recipes she’d learned from female elders in Mexican villages—had ended badly, acrimoniously.

“I got divorced in the process of El Jardín closing and that was nicer,” she says. “I got the mumps that year. I thought, ‘What is this, the Oregon Trail? I thought mumps were eradicated.’ It was my body telling me, ‘This isn’t good for you.’ So I went to Oaxaca and buried the restaurant there. I spent a few days eating and drinking with local women. And I realized El Jardín isn’t a restaurant, it’s who I am. I am, at my core, honoring women—especially ones who are timid and quiet but have a fire.”

Three years earlier, her friend and fellow chef Ixchel Ornelas, whom she’d met while filming Top Chef México, had started Zepeda on a path to understanding herself and the power and ramifications of being a woman. It started with tarot card readings before they filmed each episode. Then they took it to a brutally hot, lightless hut for a sweat-lodge ritual known as “temazcal.”

“Your brain has to work through the heat and then you unlock all your triggers,” she explains. “You smell these herbs and it’s a pitch-black cloud of mist and pressure. All you want to do is run away from everything you’re feeling. You get past that panic, and then you’re going toe to toe with every demon you’ve ever had. I thought about my marriage and my single motherhood, my kids, and my grandmother and my mom. It all comes up and it’s just—‘Holy shit, I’m a byproduct of all of their trauma. It’s not mine to carry anymore.’ When someone is shitty, people often say, ‘Oh, it’s just who he is.’ No, it’s who he chooses to be. And I choose not to be angry anymore.”

It was only through this “shadow work” that Zepeda was ready for her new role—executive chef, mom, self-described “fun facilitator’ of Vaga, the signature restaurant at the new Alila Marea Beach Resort on the edge of San Diego’s once-farmy, once-hippie beach community, Leucadia. She’s ready to use what “celebrity chefness” she has to create better chances for young cooks.

“It was a transition for me,” she says. “It’s the death of an old persona and the birth of something better. We always made fun of ‘desk chefs,’ but if I button up the desk work and finance side, it allows me to give opportunities to my people and for their career to progress. If I have an ego that says, ‘I have to cook,’ then what is everyone else going to do? If I don’t delegate or teach and mentor, then what good am I doing? I’m a good cook, but I’m a better mom.”

“You get past that panic, and then you’re going toe-to-toe with every demon you’ve ever had.” —Claudette Zepeda

On Zepeda’s Instagram, short videos show off that culture she’s doing at Vaga. In one, a male cook pulls another in a red wagon down the walkway to the tune of “The Time of My Life” from Dirty Dancing. It’s adorable. In another, the cooks crouch sneakily in unison, each munching on a Mexican ice cream sandwich (Soundtrack: Kaleo’s “Way Down We Go”). Then there are the yoga videos—sometimes five or six cooks, sometimes 20-plus employees, the entire staff—doing warrior pose at the pass to the Beastie Boys’ “Slow and Low.”

This is not SoCal virtue signaling, and it’s not a gimmick. Zepeda is dead serious and loud about changing the culture of mental health in American kitchens. According to a 2017 study by Unilever Food Solutions, 74 percent of chefs were sleep deprived to the point of exhaustion, 63 percent of chefs felt depressed, and more than half felt pushed to the breaking point. Sexual harassment is so prevalent it’s almost de rigueur.  In a study less published in 2015 (with data collected from 2008 to 2012), the Substance Abuse and Mental Health Services Administration found that, among all industries, restaurant employees had the highest rate of alcoholism, and third-highest drug abuse rate.

“Kitchens are a breeding ground for people who don't really fit in anywhere else,” Zepeda says. “The kitchen dynamic and the military dynamic are very similar. They attract similar people, people who need a tribe, who need a little bit of adrenaline pumping through their veins or the voices in their head get a little too loud. So if they’re coming to work with these natural fractures, and then you add on treating them like shit, and add on drinking after work because it’s cool and you can have sex with anyone you want in your workplace—as a soul, there’s nowhere to go but down. You start to really wither away.”

So to prevent the withering, every morning Zepeda stands in her office and brews espresso for her team. She is staff barista. “We have an espresso machine in the restaurant, but there’s something they love about me standing there making it for them. There are five love languages, and for me, my love language is being seen. Being able to look my employees in the eye and tell them, ‘Hey, I love you. I genuinely see you as a human being regardless of whether you’re here or not.’

“If I see their relationships are strained because of how many hours we work, they get a Saturday off. I tell them, ‘As much as you want to work, you’re getting two days off this week. I don’t want you here. I’ve already given everything up for this career, and want a better pattern for you.’ I live and breathe for these people, and it’s up to me to create a safe environment for them.”

“I’m done talking about what ethnicity my food is,” she says. “We’re border kids. We eat whatever we eat. Most of the time I eat Chinese takeout. I’m calling it ‘San Diego cuisine’ because the food can be whatever we want it to be. It utilizes the best food that we have in the county, which we’re incredibly spoiled with, and we just cook what feels good and we’d want to eat.”

Vaga is now open to the public.