At 5PM each day, the other concept will open. Stella Public House is a San Antonio-based "farm to pizza" concept with craft beer and wine from owner John Long, who’s lived in San Diego for 12 years. "I have a buddy who had a 100-year-old starter dough from Naples that he’s been feeding and wanted to create an amazing pizzeria," says Long. "So we did, and he’s been our executive pizza chef since day one."

The Neapolitan-style pies are reportedly pretty special, for a few specific reasons. To start, Stella will use as much organic produce as possible. Long has also brokered a deal to use organic San Marzano tomatoes grown in California by Chris Bianco—owner of Phoenix’s Pizzeria Bianco, widely hailed as the country’s best. Instead of getting their mozzarella shipped from L.A. like most pizza joints, Long will have fresh curds delivered from Angelo & Franco. They’ll hand-pull fresh mozzarella in-house each day.

Michael Burton and Danny Fitzgerald of Urban Strategies helped Long bring this concept to town. "We’ve been looking around for the right site for two years," says Burton. "With this space, Stella and Halcyon have a free-standing restaurant building with four roll up garage doors onto a 60,000 square-foot park. That kind of location doesn’t exist in San Diego, let alone Downtown San Diego."

The design? It’s one of the most indoor-outdoor spots we’ve seen since Station Tavern in South Park. Simple, modern, incredibly airy, colorful, cheerful, good. Enough jabbering. Please enjoy a look at the first known photos in the universe of Stella Public House and Halcyon. 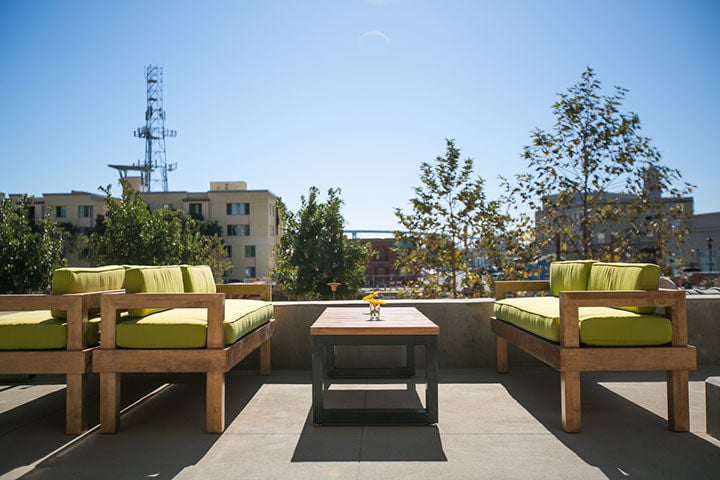 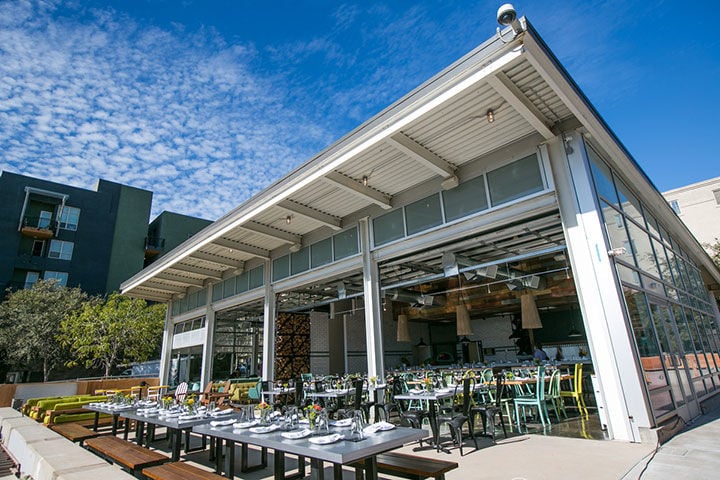 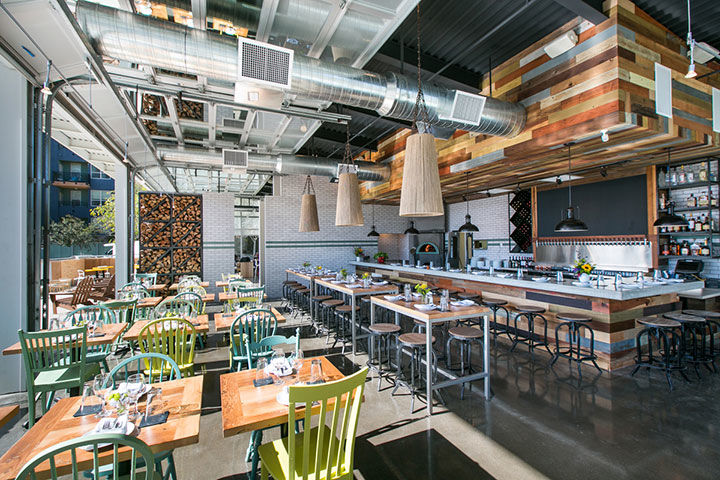 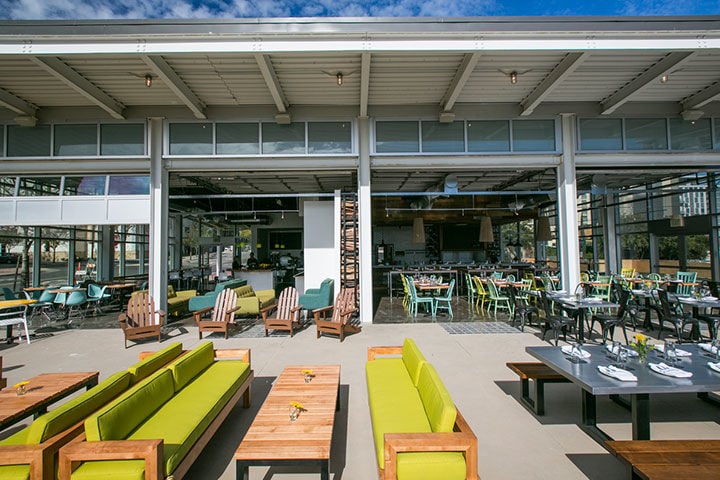 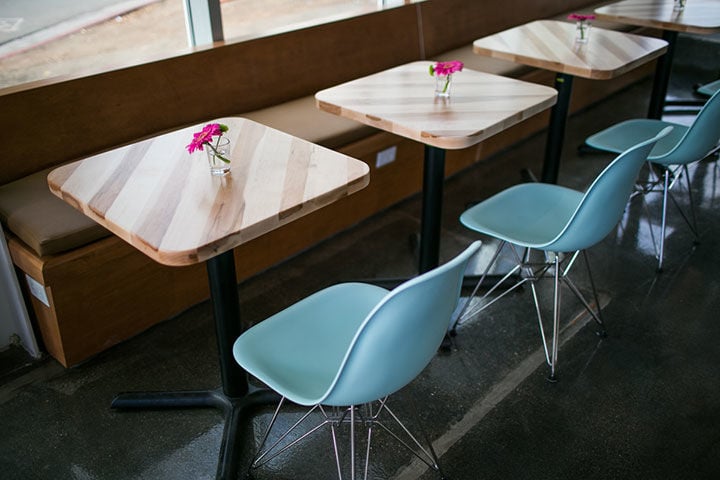 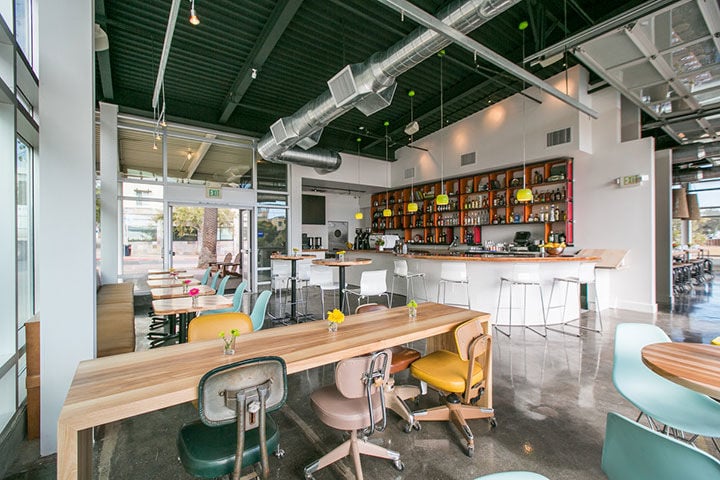 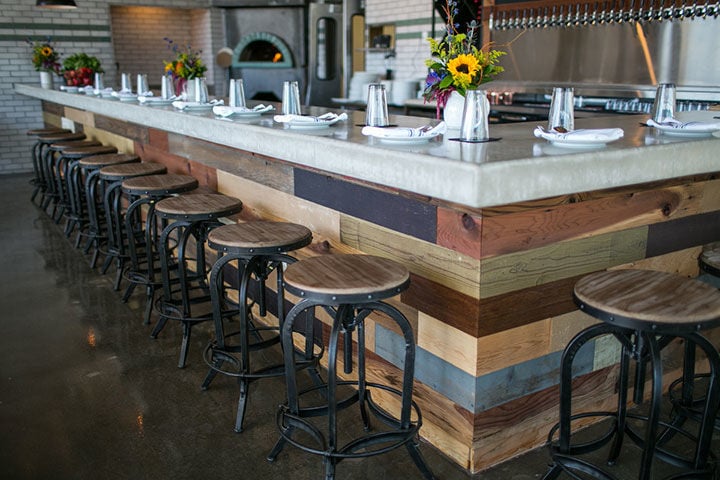 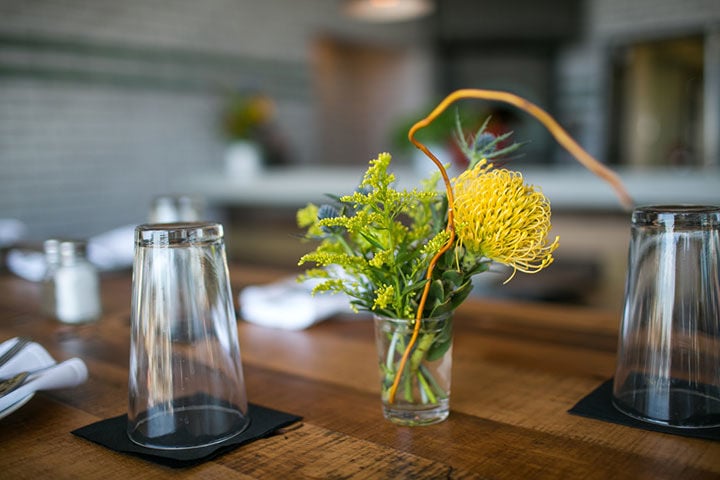 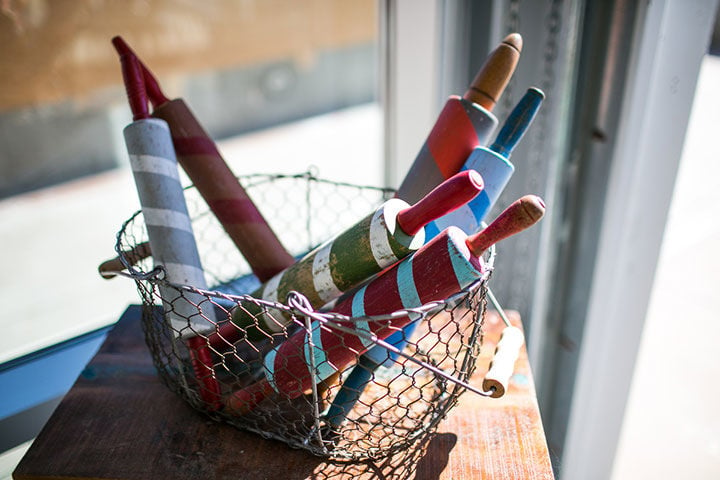 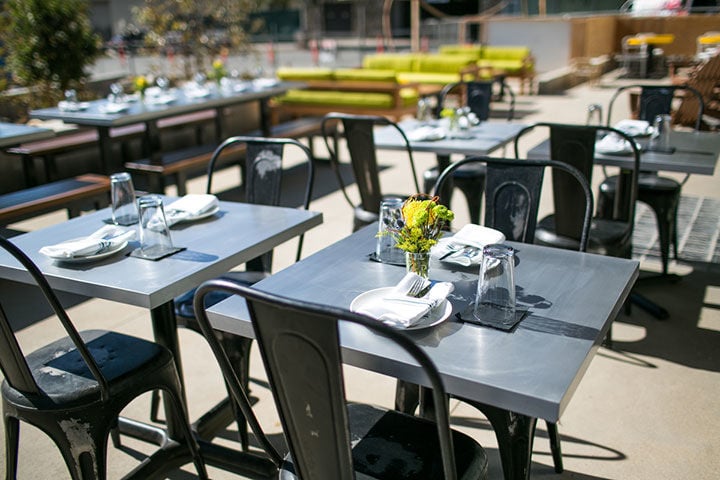 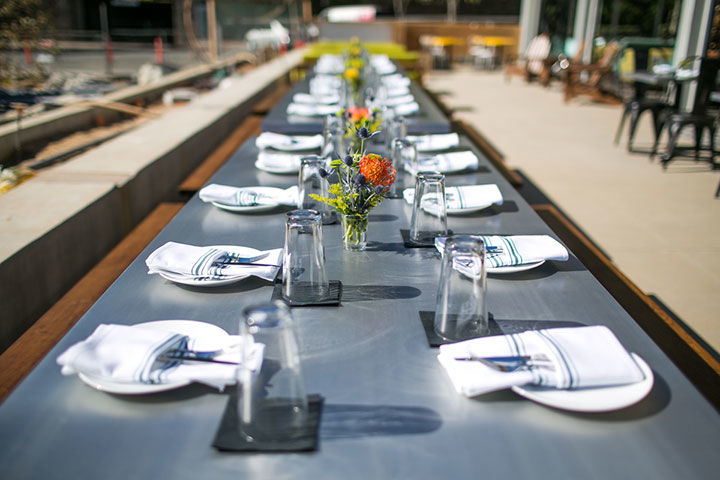 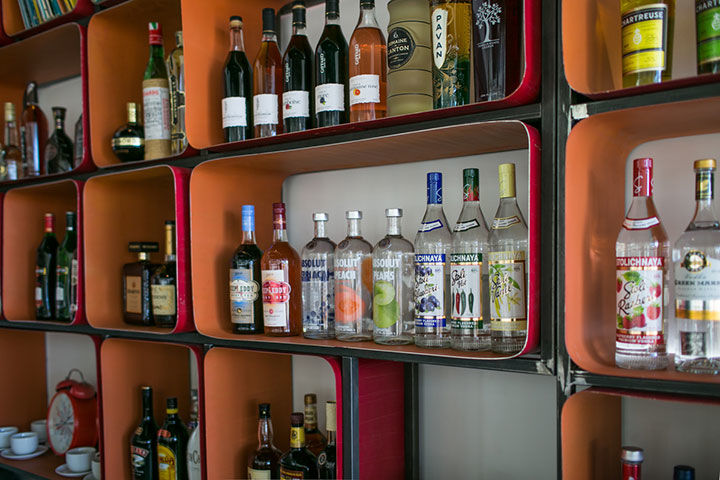 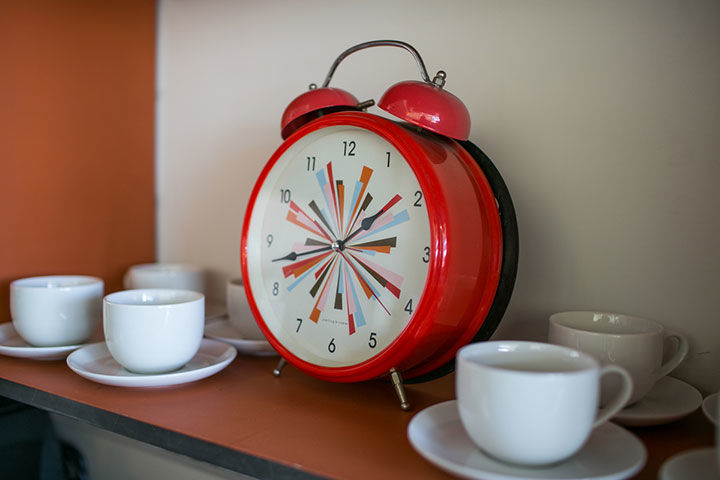 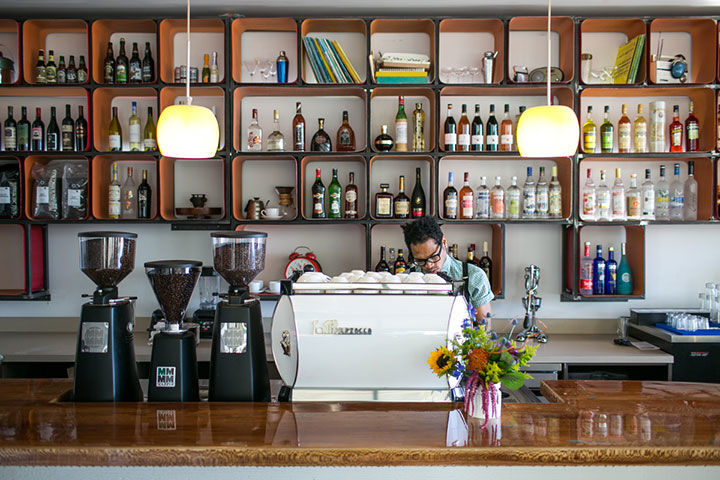 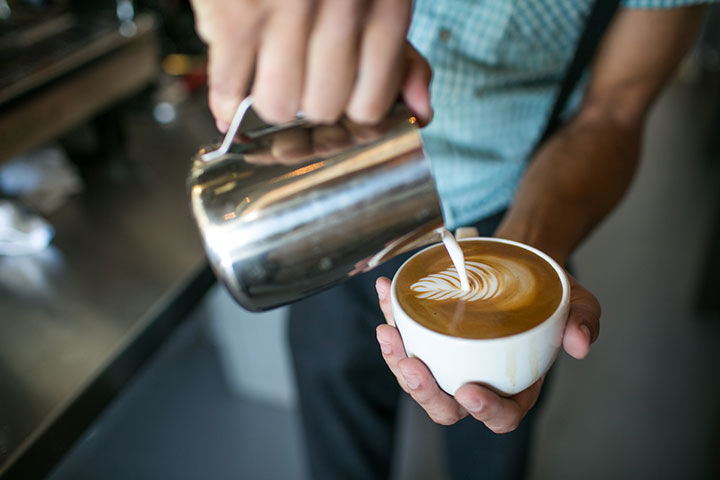