You are the owner of this article.
Edit Article Add New Article
You have permission to edit this article.
Edit
Welcome, Guest
Subscribe
San Diego Mag
Home
Restaurants
Things to Do
Neighborhoods
Outdoors
Getaways
Guides
People
Magazine
Directories
Charities
Share This
1 of 22 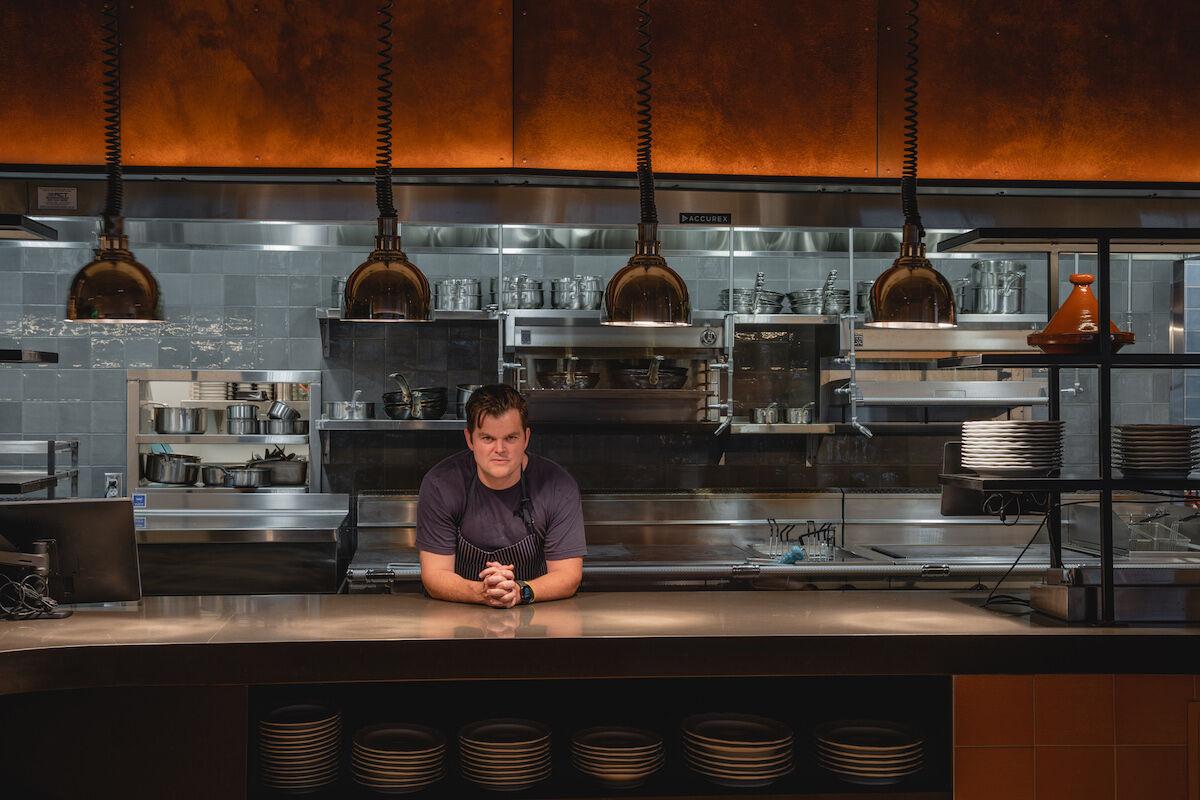 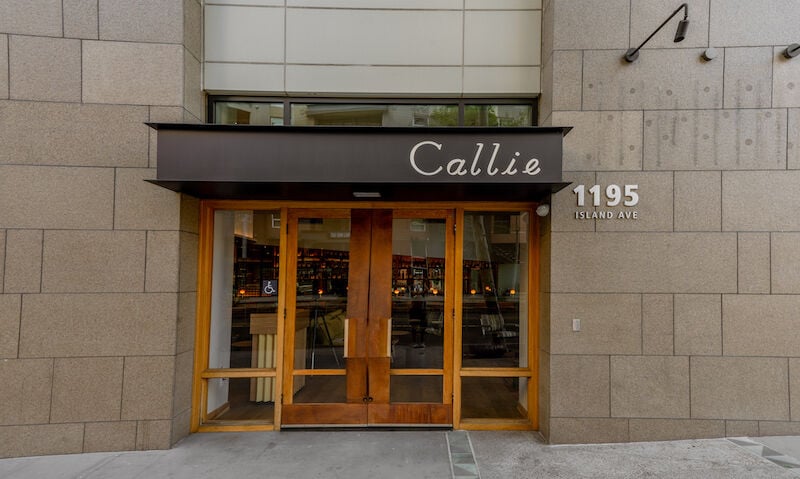 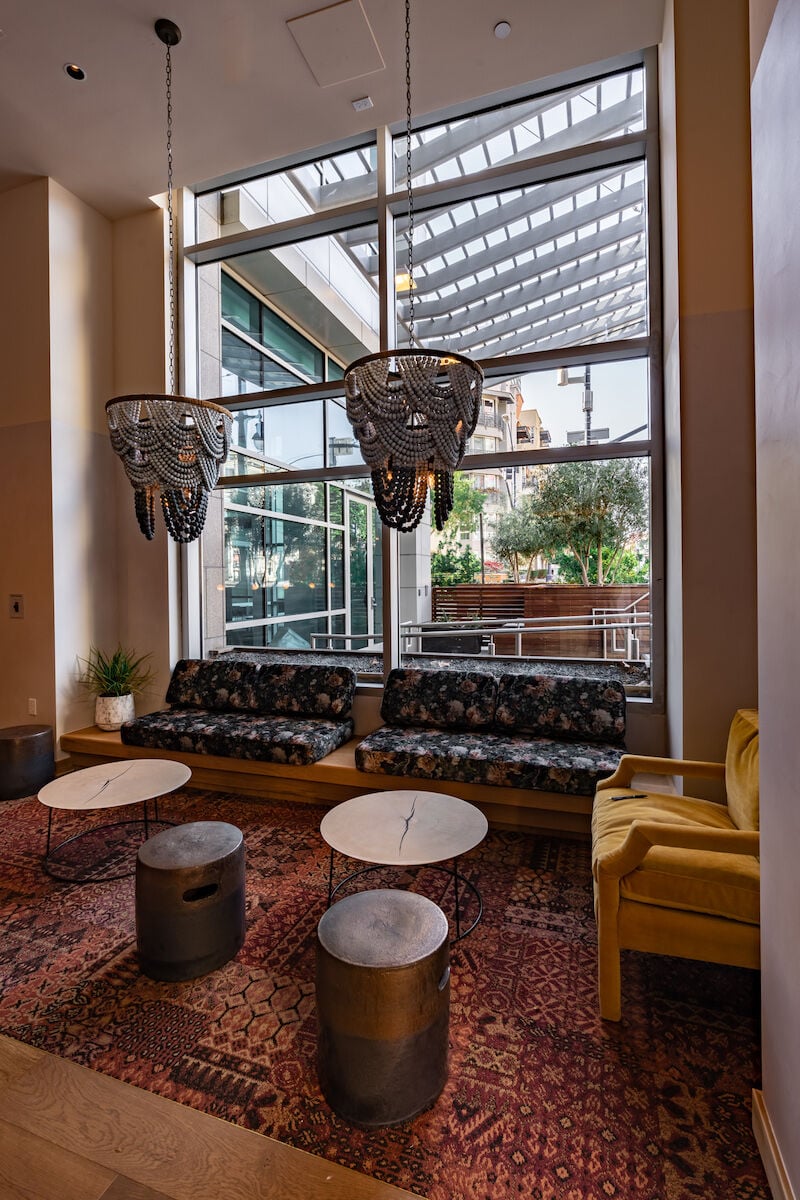 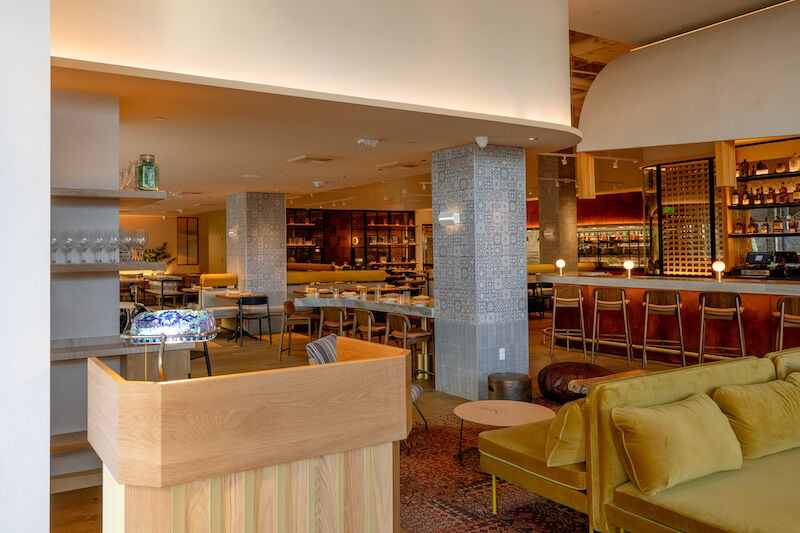 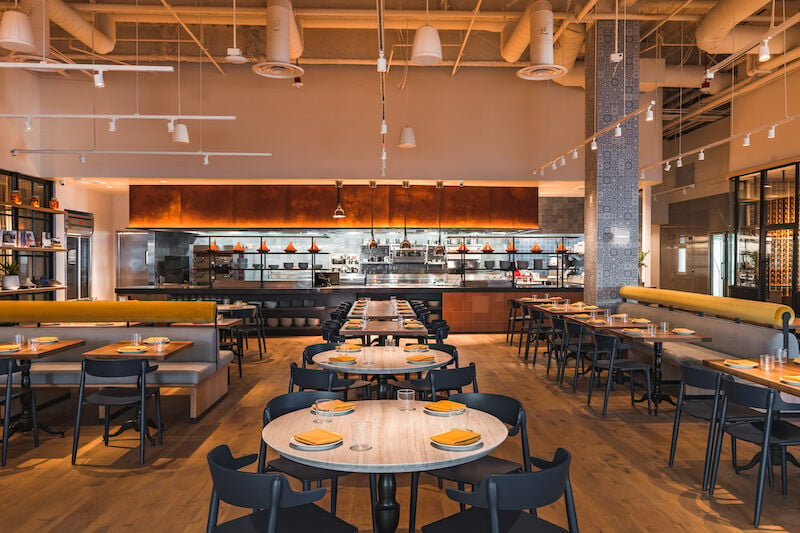 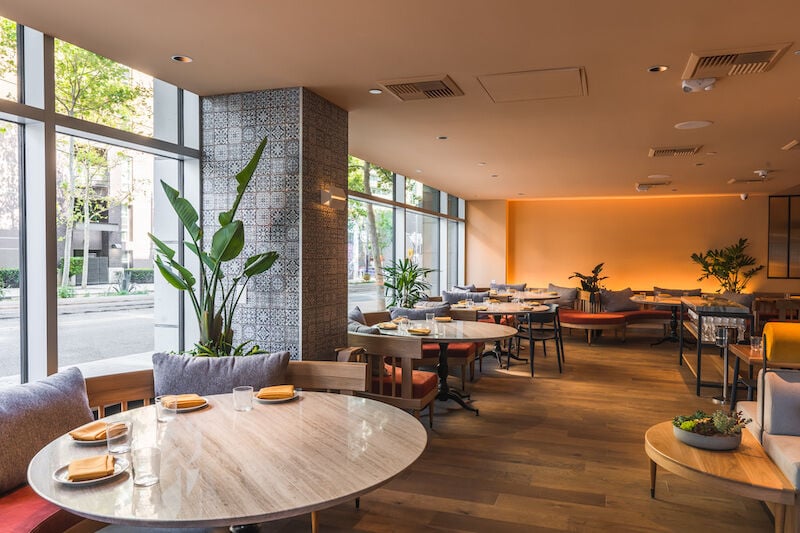 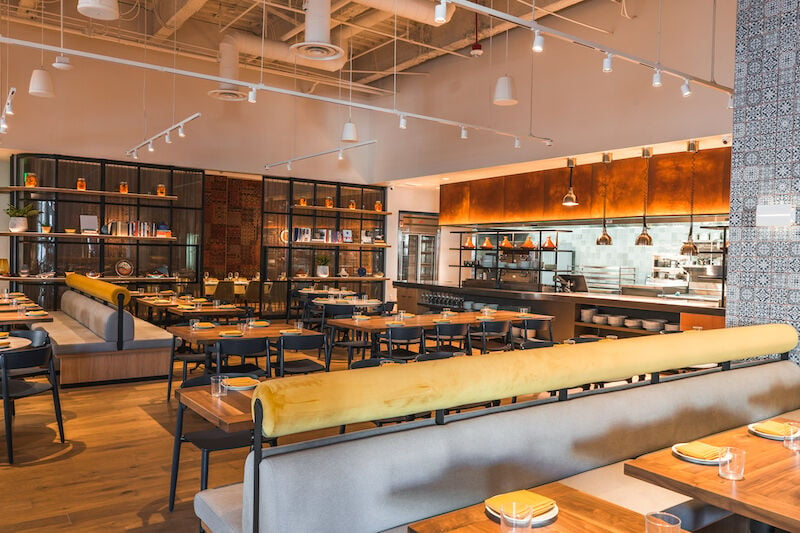 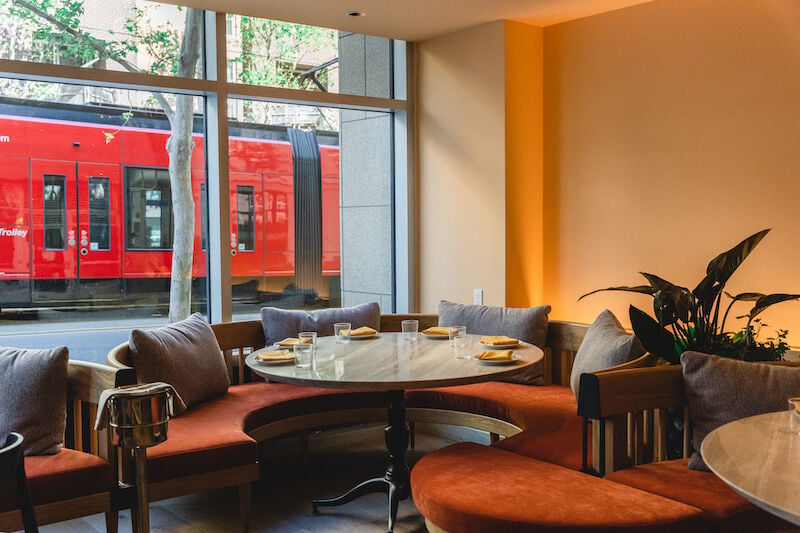 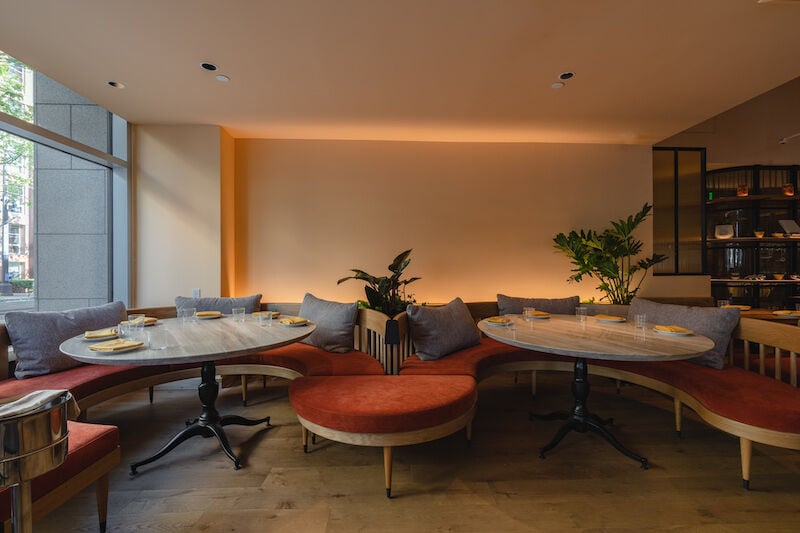 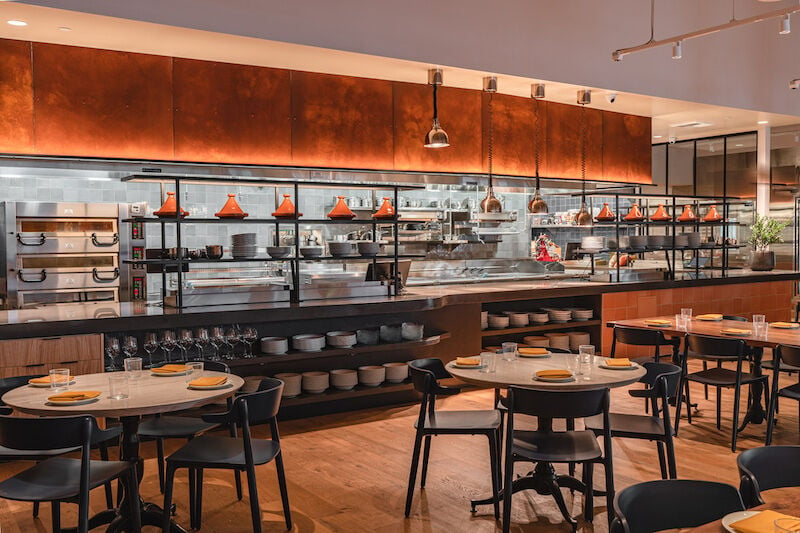 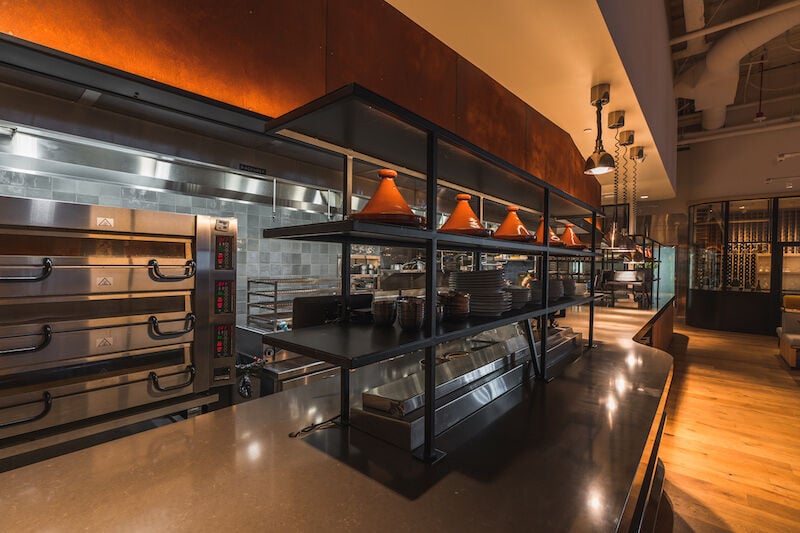 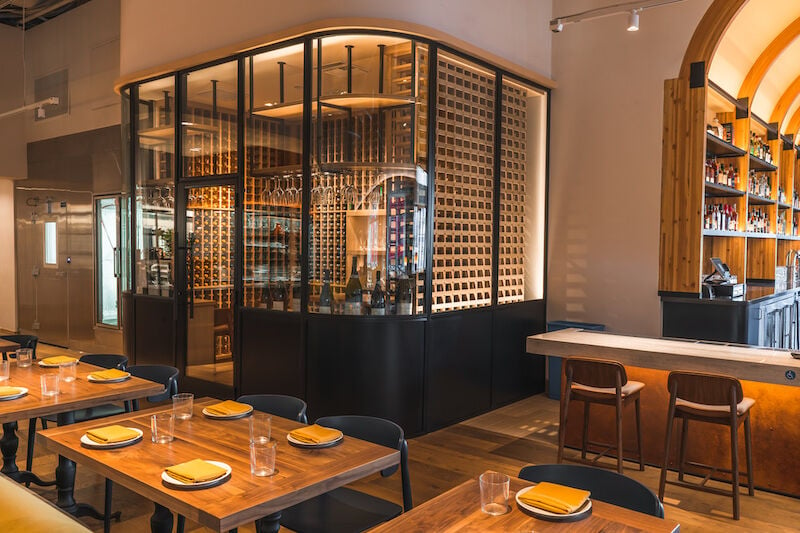 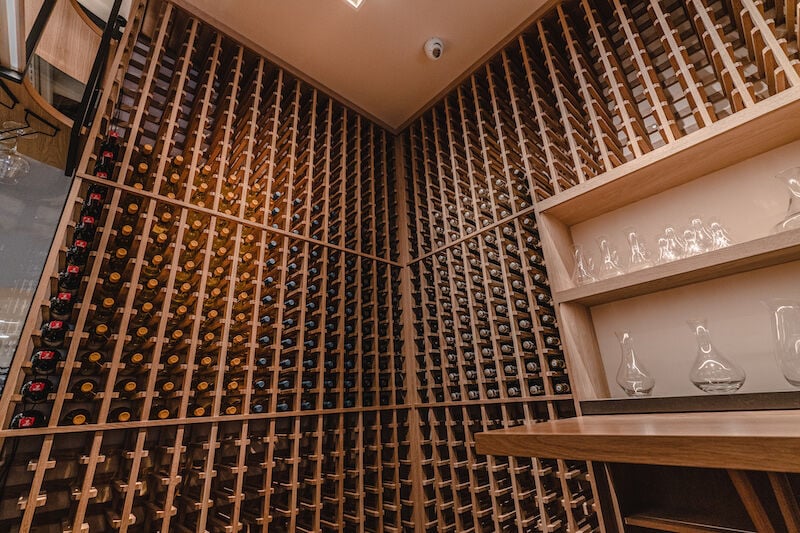 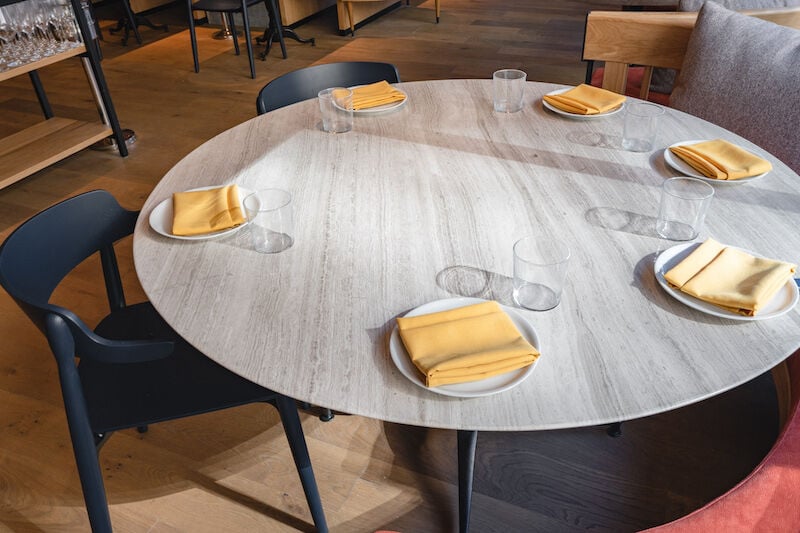 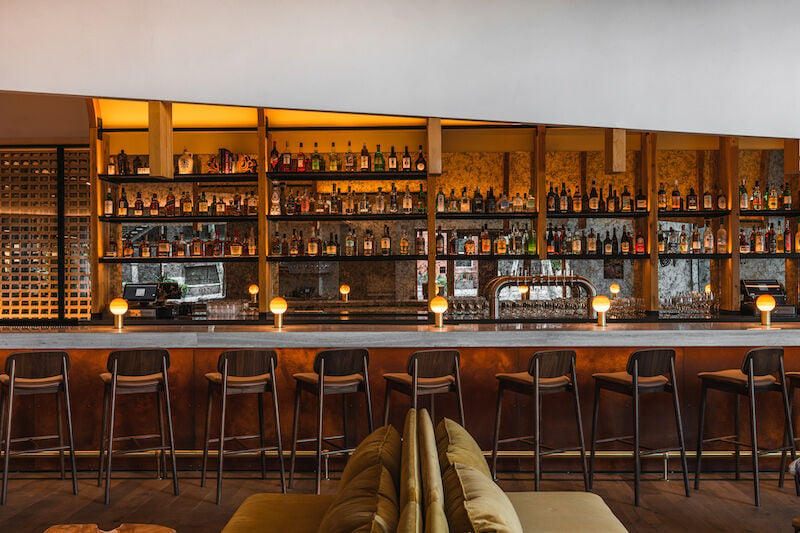 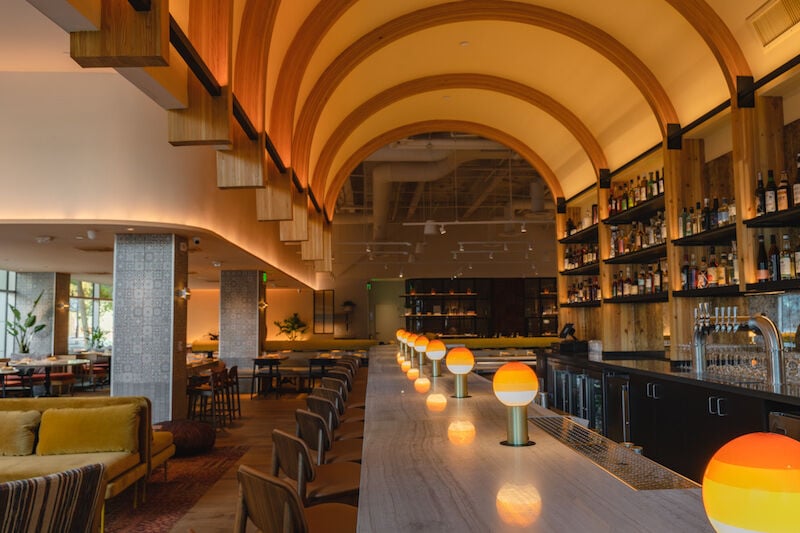 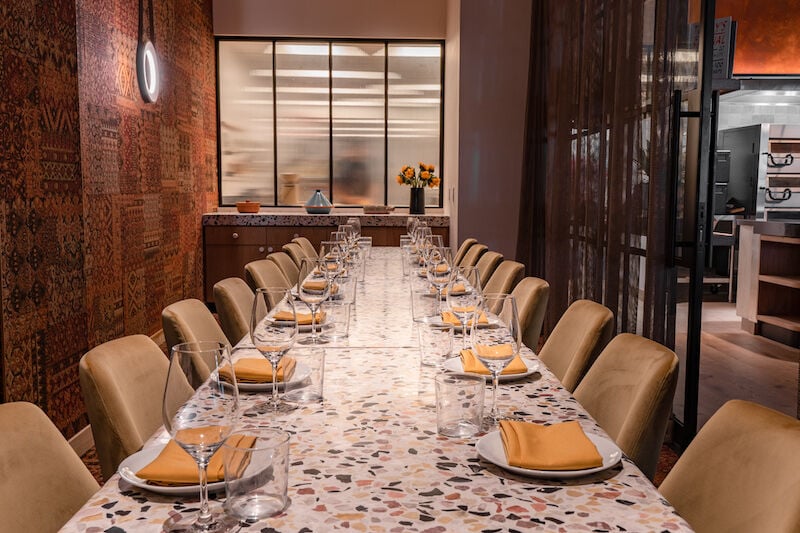 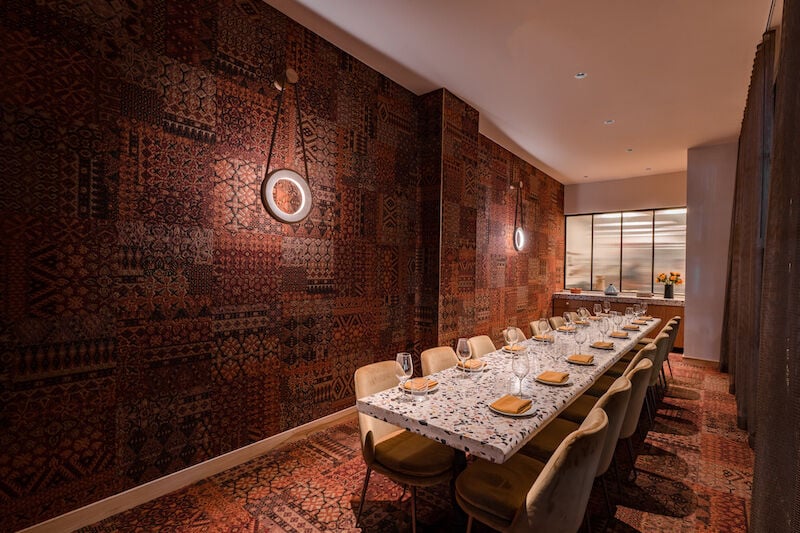 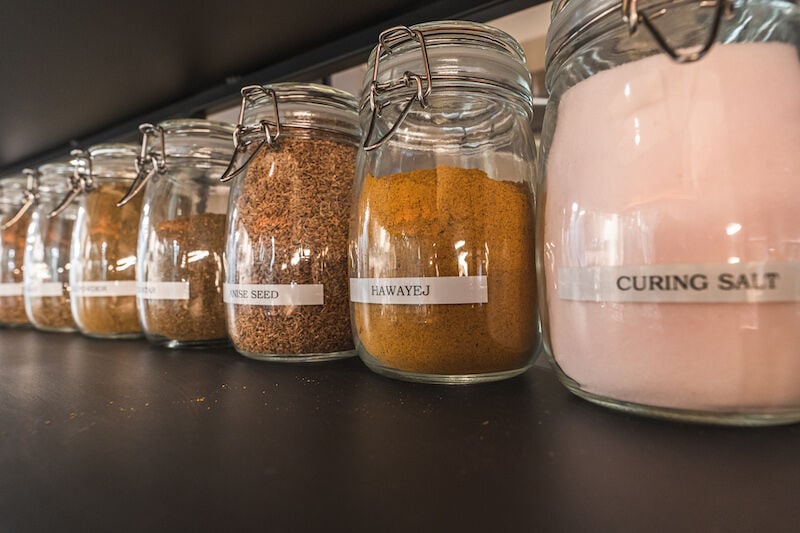 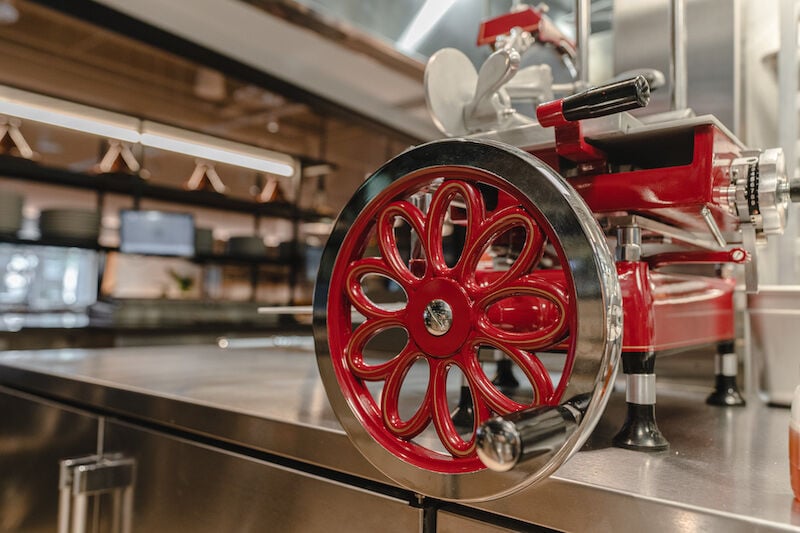 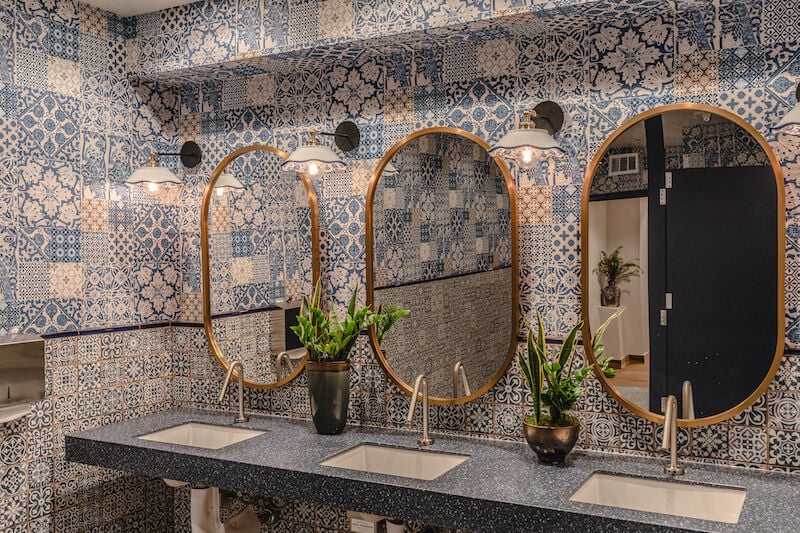 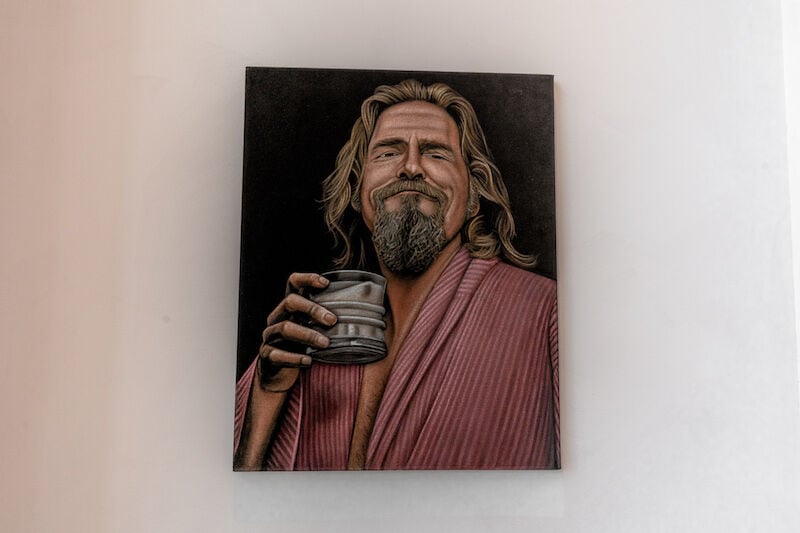 I’m jolted by a sharp pain in my left butt cheek as I climb into my car. I whine, then pull the culprit from my back pocket: a five-cent green plastic figurine of a skateboarder. Journalistic standards dictate that I disclose it was a gift from the chef. While some restaurants have huge jars of brightly pickled veggies as functional art, Travis Swikard has a giant jar of tiny plastic skate punks. It’s across from the velvet painting of “The Dude,” actor Jeff Bridges’ greatest role, a robed, mythically unshaven man on a slow-motion spiritual quest to reunite with his area rug.

“I want Tony Hawk to come in here and I’m going to send him home with one of those little skaters,” says the 37-year-old chef, sporting a baseball cap and a T-shirt. These plastic skate rats and The Dude are important. They lighten the mood, temper the hype, suck any misplaced pretense from the air.

You see, this is the entrance of Callie, one of the most highly anticipated restaurants to arrive in San Diego in a long, long time. Swikard has been working his whole adult life for this. Born and raised in El Cajon, he left to learn under some greats. In England, he worked weekdays at Auberge du Lac in Hertfordshire and weekends at L’Escargot in the West End, then run by the revered and infamously explosive chef Marco Pierre White. In New York, he started at the bottom of the pecking order in the empire of Daniel Boulud, arguably the most famous modern French chef in the world. He spent 3 years—mentored by another former San Diego chef, Gavin Kaysen—rising through the ranks, from chef de partie to tournant to sous chef before being recruited to open Boulud Sud as executive sous. Two years later he was executive chef. Finally, from 2016 to 2018, Swikard served as culinary director for three of Daniel’s 7 NYC locations —as high a post as he could get without actually being Daniel Boulud.

“This is my Daniel section,” says Swikard, pointing to a collection of Boulud cookbooks on the shelf outside the private dining room, adding humbly, “he called this morning to check in.” Another cookbook is propped open to the page that features Gavin Kaysen. Then there’s a slew of Alice Waters’ cookbooks, the first he ever bought.

Swikard is neither precious nor cocky nor even keen to talk about his skill set. He’s either a great actor, or he’s damn near egoless. Instead he walks around his restaurant pointing at his wine person, his GM, his bar manager, rattling off their résumés.

After Boulud, he could have chosen any city for the first restaurant of his own. But local restaurateur David Cohn went to New York and convinced him to come home. The space above the line of the open kitchen—where Swikard will stand on opening day, set for June 4—is designed like a rusted ship’s bow. A local boy back to harbor. Callie was supposed to open last year. Then the pandemic hit and made him wait what felt like a second lifetime.

But that year off was invaluable. It allowed him to relearn his home from a chef’s perspective. He met with farmers, fishers, ranchers, foodmakers, shopkeepers, cooks, bartenders, wine people. He and his family settled in Rancho Peñasquitos, which is apparently riddled with wild fennel. He forages them for the fennel pollen, mostly—which he’ll use for tuna atop a Meyer lemon bucatini. In Callie’s kitchen, he opens a giant bag full of fresh-picked grape leaves. “I was in Mid East Market yesterday and the owner was like, ‘Travis! Are you going to be making dolmas? Take some of these leaves from my backyard.’”

He points to a back door to the kitchen. Callie has its own loading dock for trucks. “We’ll get whole fish delivered from local boats there,” he says, geeking out a bit. Then, pointing to a sink, “we’ll break the fish down here, use the whole thing.”

At the pasta station, he points to a small mill where his cooks will grind their own grains (they’ll bake their own bread). In the walk-in cooler, we use tasting spoons to try his mango amba puree—a condiment popular in Israeli kitchens—fermented for three weeks, pickly-sweet.

As we walk out back into the main dining room, you can really see what he’s done to the bar. An artist in Oregon took whole wooden beams, wet them, placed them in a vice, and eventually, over weeks, they bent into the shape of a curling wave. At the end of the day, he is an unrepentant San Diego surf kid.

“It’s a wave,” he says, a preteen glimmer in his eye. “Everyone sitting in the bar is getting barreled. I mean, that’s me. It’s who I am. The worst thing that could happen here is that people come in expecting tweezers and microgreens and Michelin stuff. This place is for anyone. All our food is meant to be shared. That bar is for locals who just want to come in without a reservation and have a drink and a bite.”

He turns around, shows me his t-shirt says “Callie: East Village.” The neighborhood is important to him. “They’re having a sort of night market in East Village tomorrow night,” he says. “I have no time, but I’m going anyway. I put East Village on the shirt because it’s not just San Diego, but also this neighborhood. I believe in it. I’m proud of it. I think this part of town is going to be special.”

So this is Callie, an ode to here, his home. It had every right to be far more precious about itself. But it refused.

Callie will open June 4. They start taking reservations on their website today (May 7). The menu is “Cuisine of the Sun”: casual Mediterranean food with the best ingredients Swikard can find.

The lounge and main dining room will seat 144. An additional 19 at the bar. Underground parking is free for diners, which is key in East Village. It was designed by Studio Unltd, who also handled Bestia and Bavel in LA. It’s located at the corner of Park Boulevard and Island Avenue downtown.

One of San Diego’s most anticipated restaurants in a long, long time—chef Travis Swikard just wants locals to be stoked