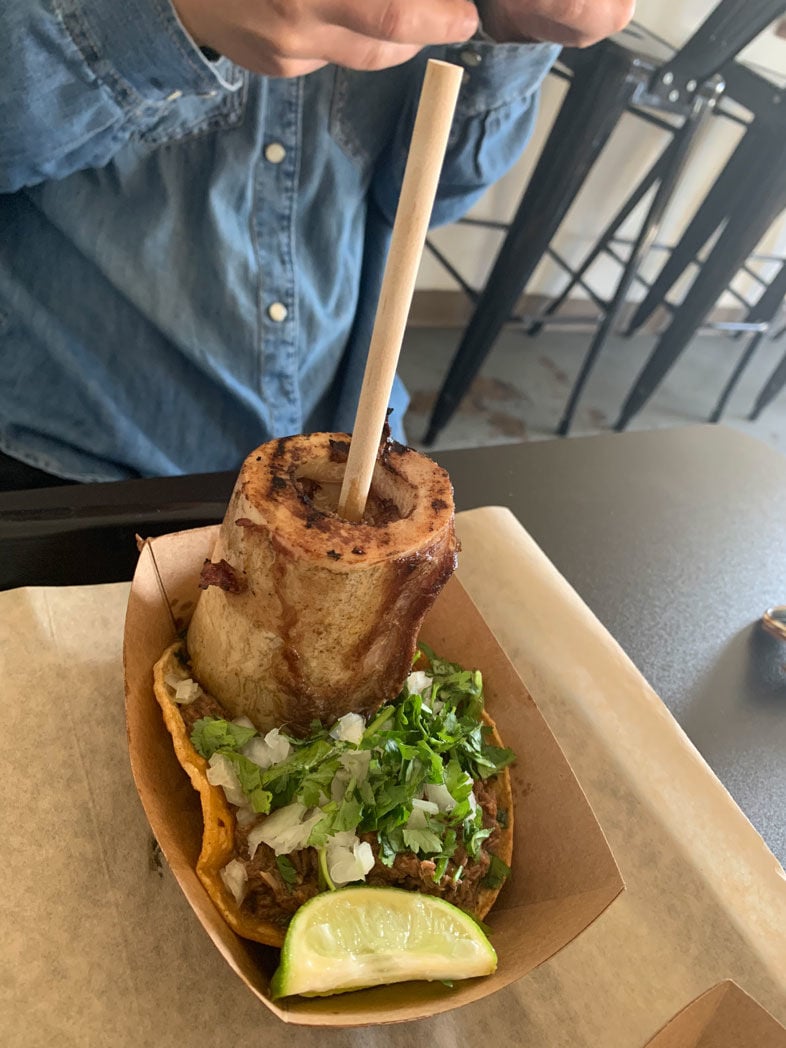 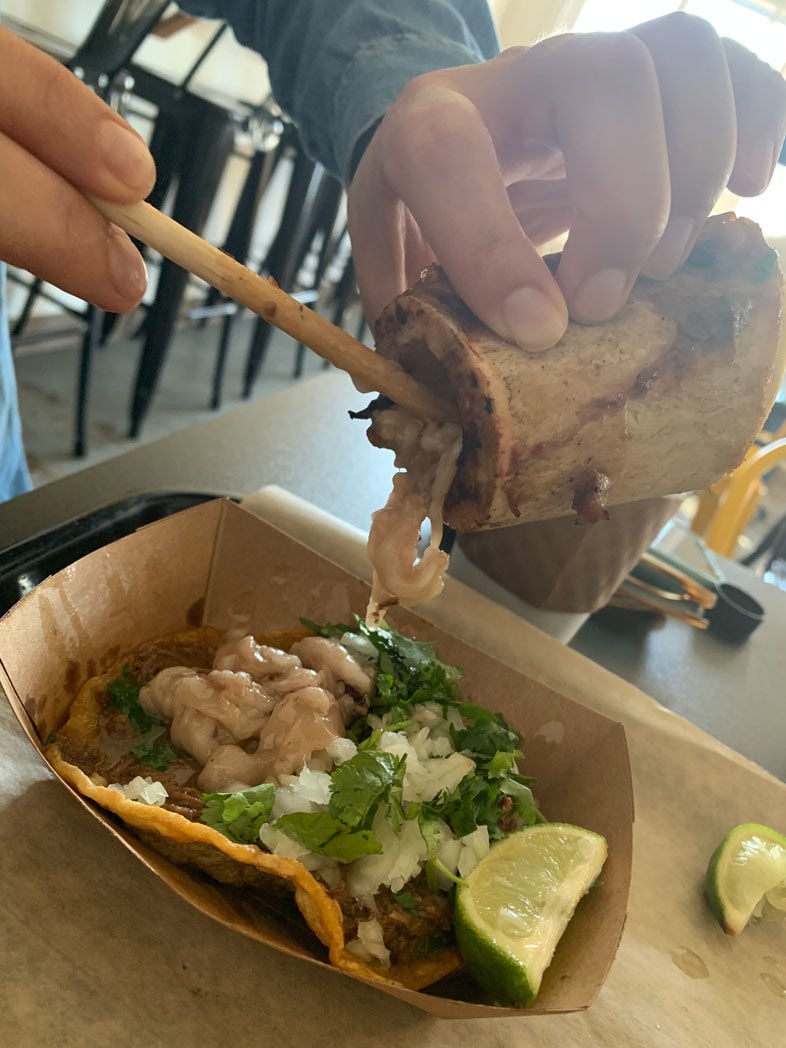 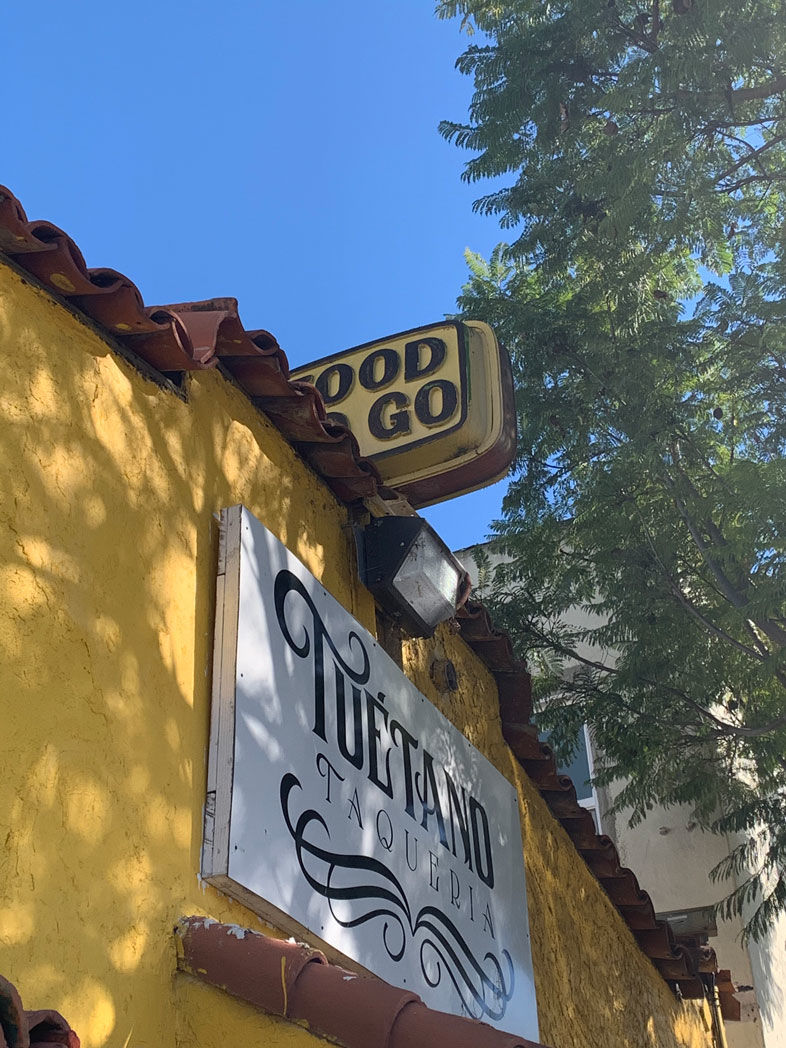 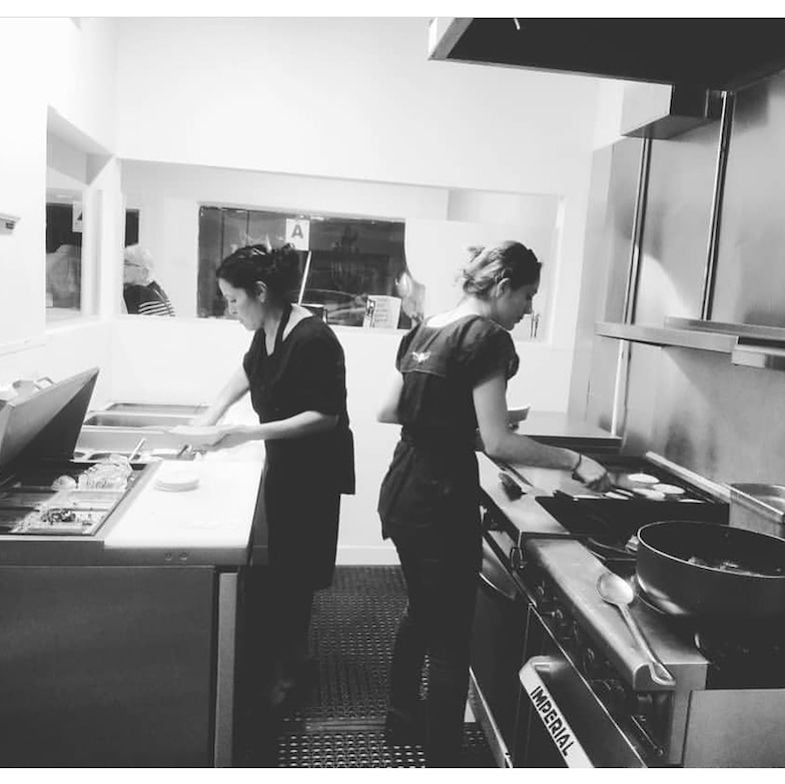 For great tacos in San Diego, the best tacos, you would think everyone would go where Mexican-Americans live and eat. The culture is here. The food must also be. But that’s not the case, explains Priscilla Curiel, chef-owner of one of the city’s most buzzed-about taco joints, Tuetano Taqueria.

"San Ysidro is right up against the border," she says. "Many people are just passing by, and don’t stop in this neighborhood to eat. They either go all the way to Tijuana, or if they’re coming north they go all the way to San Diego."

And so one of the city’s best taquerias is in a neighborhood that’s the equivalent of a fly-over state. Neither here nor there. The thing that’s saved Curiel is her birria, and the runaway success of her bone marrow taco ("tuetano" means "bone marrow" in Spanish).

Word of Tuetano’s bone marrow tacos suffused local media—and made national news when Southern California food writer and taco zealot Bill Esparza featured it in Food & Wine. It’s a hell of a taco (read food editor Marie Tutko’s description here). These days bone marrow is the new Advil. All of us with our travel mugs full of bone broth, enthralling strangers with our speeches about the curative powers of collagen. It’s meat butter (if you don’t think that sounds delicious, you’re lying to yourself), and Curiel specializes it using it.

"I think it gives it a presentation and flavor," she says.

It truly is a striking, cave-people sight. A street taco, but with a whole shank of beef bone resting on it. Sticking out of the bone center is a cute, Anthropologie-looking stick, which you use to scoop the marrow onto the birria taco, and top with her housemade macha salsa.

"There are a lot of taco joints," she says. "You’re five minutes away from the border, and I have to justify why people should stop here instead of going to Tijuana. That bone helps. I’ve had people who don’t eat meat, but came here just to take a photo of it. It was never my intention to make it Instagrammable. But I guess it is, and it helps."

She also uses marrow in her birria, which has made it one of the most delicious in the city. Almost all birria starts with what is essentially an adobo spice blend (oregano, garlic and onion powders, cumin, paprika, chile powder), and tough cuts of meat (she uses beef chuck and shoulder) are slow-simmered until all of the flavor is soaked up and the protein melts into succulence. Tuetano’s birria, however, is deeply brown and more translucent (Curiel doesn’t use cumin, which she thinks can overpower). Because of the marrow, her consomme has a roundness of flavor, a satiny viscosity only good fat can lend. It’s essentially beef stock’s best, most reduced, intense version of itself. An apex of bone broth.

I stopped by on a recent Sunday. Sundays are the day for birria in Mexican culture. One of the first rules of life is to not say this about a person—but Curiel looks exhausted. She rubs her eyes, wipes the sweat from her brow, shakes my hand. She recently gave birth to her second child. I ask her how much time she took off.

There’s an urge to say that’s not human or right or normal, but knowing the world of mom-and-pop restaurant owners, it is the normal. When you run what is essentially a one-woman taco shop, the idea of a six-week maternity leave is someone else’s dream, a nice fiction.

Two weeks later, we talk on the phone. There are good days and bad days, she says. Today is a bad day. It’s early afternoon, and she’s sold two tacos. She’s hoping for investment in her building and street (long promised, not yet materialized), and more support from her Mexican-American neighbors. So far, most of her clientele is Filipino, African-Americans, white people like me, travelers who’ve read the buzzy things on the buzzy sites. Most businesses on her street—a historical little street, sort of the Old Town of San Ysidro—close by 4 p.m.

That’s when she’s in the kitchen roasting bones, toasting chiles, scrubbing dishes. That’s when she’s getting deliveries from her dried chile guy ("good quality chiles is very important—even though they’re dried, it matters, because ones from most wholesalers taste old").

She has a little help now, including an older woman, a friend of her mom.

"I like hiring older women," she says. "People don’t want to hire them so it’s hard for them, and they’re the most dependable, hard workers."

They’ll both be here. You can watch them in their tiny kitchen, through the fishbowl glass, ladling birria consomme, placing bones just so, not closing until long after 4 p.m.