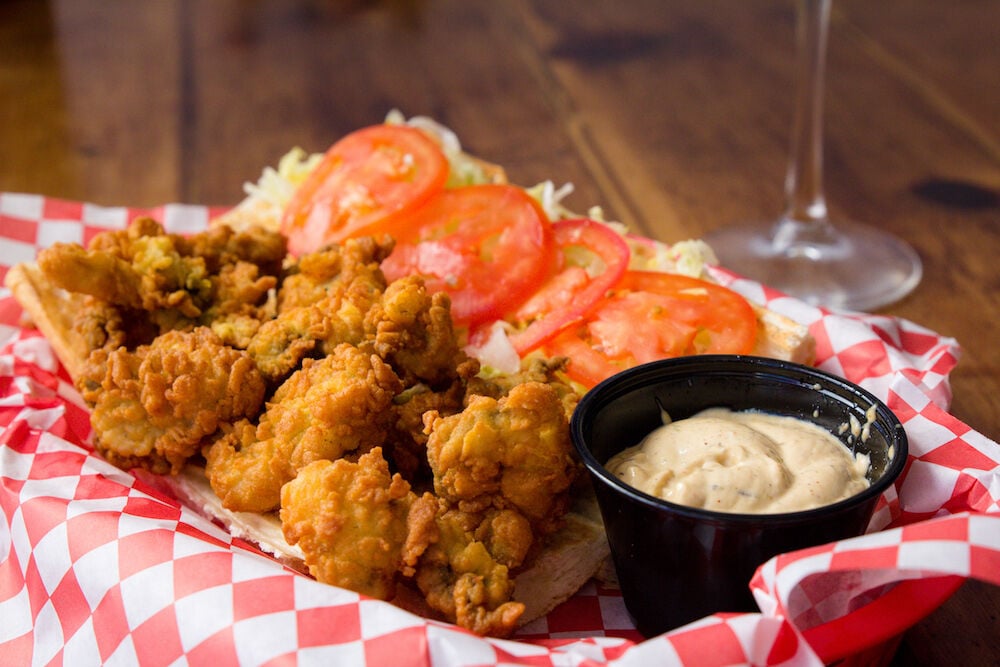 The Oyster Po'Boy at Pete's Seafood 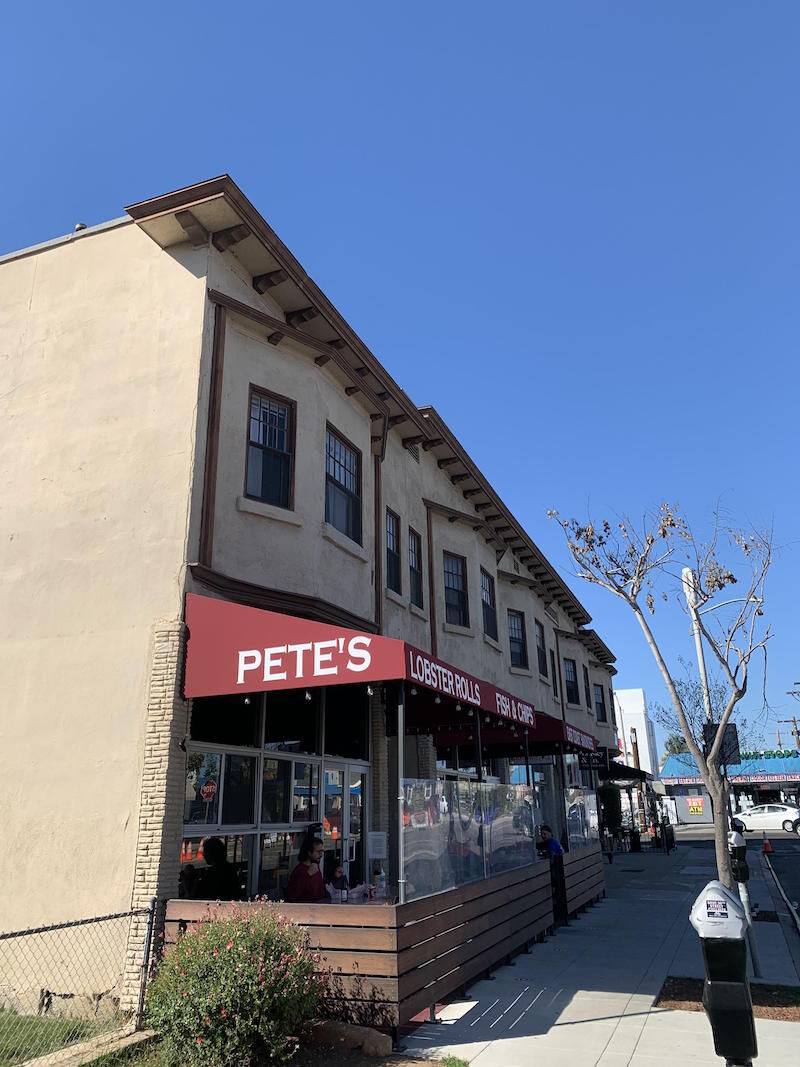 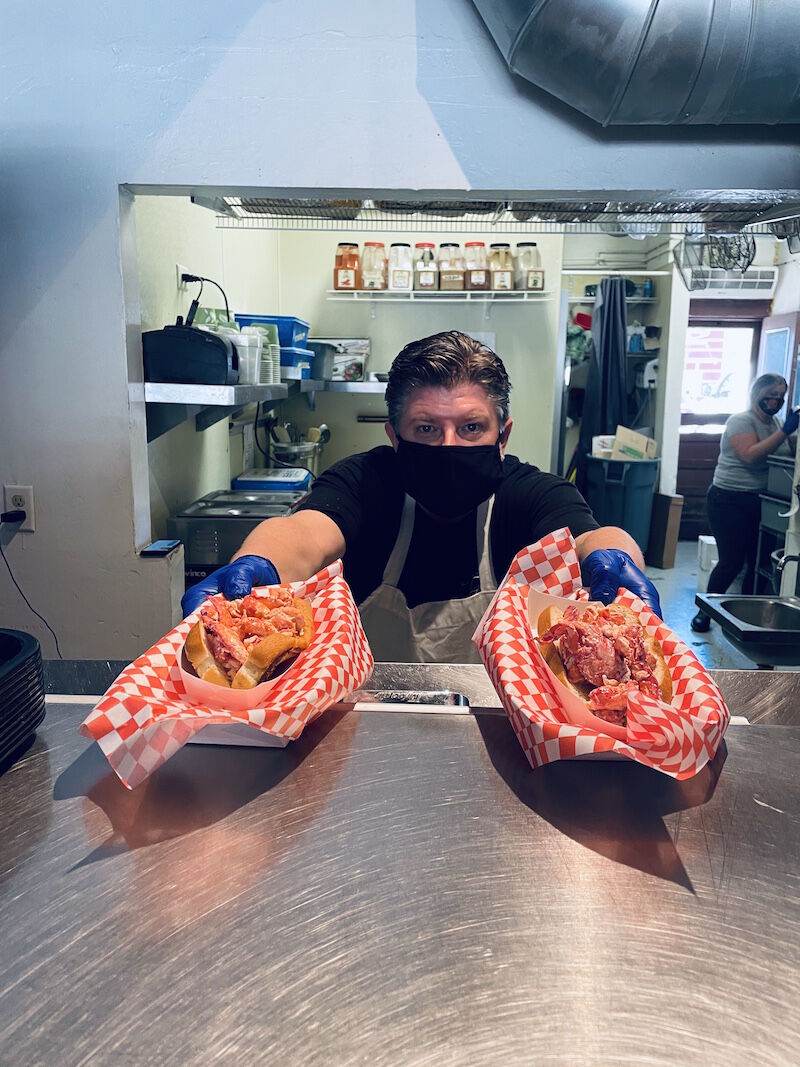 A man at the airport is picking up his fish. Three times a week, he does this. He drives from his North Park home to the Southwest terminal because this is important. While many in that particular terminal are sucking down bloody marys on their way to making a series of life-altering decisions in Vegas, this man is loading his boxes of Atlantic cod and oysters and hauling them back to the kitchen of Pete’s Seafood and Sandwich.

Yes, there are local fish, and Peter DeCoste (the Pete in Pete’s) uses those, too. But Pete spent 30 years working in seafood joints on the East Coast, near Boston where he grew up. His father worked in seafood restaurants on the East Coast, too, 60 hours a week until the man was in his 70s. And Pete’s, though on 30th Street in North Park, is a New England–style fish joint. So fresh Atlantic cod flies cargo class to San Diego multiple times a week and ends up fish and chips.

“Been in the restaurant business my whole life, never done anything different,” says Pete. “Since I was seven or eight years old, I would sneak in the back door when the owner wasn't looking to work with my dad in the kitchen. The owner would eventually see me and shoo me out.”

Pete moved to San Diego 11 years ago. When customers ask, he’ll tell them it’s because his brother got married and relocated here. Pete visited and fell in love with the city, as tends to happen. That’s all true. But the other part of the story runs a little deeper.

“Both my parents and two of our younger siblings passed away,” he explains. “My brother and I were the last two left, and we were 3,000 miles away from each other. That wasn’t going to work.”

He moved to North Park and lived next door to his brother for eight years. He wanted to open a restaurant right away, but realized San Diego was different than Boston. He needed to learn the city. “In Boston,” he explains, “if you open somewhere near the ballpark, you're going to thrive no matter what you sell. Here it was kind of the opposite.”

When the little space opened, (formerly Sea Rocket Bistro), people told him the space was cursed. Too off the main hip drag. Too around the corner. That was 2015. He’s still going, making it through on the quality of the seafood and the quality of his neighbors.

“The people of this neighborhood are so loyal to the mom-and-pop places,” he says. “Every year, we do a fundraiser for McKinley Elementary School, which is just up the street. We’ll give 20 percent of our profits from a day’s sales. During COVID, all the kids and parents and teachers still all showed up that day, but they wouldn’t take the 20 percent. They said, ‘We’re going to do this for you.’ To me, that’s the epitome of what this neighborhood is about.’”

In my research for the city’s best po’boy, Pete’s name came up a lot. My favorite is the deep-fried, wild-caught Mexican shrimp. Pete also has the flour flown in from Massachusetts. “It’s a corn flour that’s ground really small, so it’s lighter but still crisps up,” he says. “Couldn’t find anything like it on the West Coast.”

The remoulade sauce is the key, though. Pete spent six months trying to perfect that sauce. He served his sandwiches without it because it wasn’t right. Then, he nailed it. “Every sandwich you get on the East Coast will come with a cherry pepper relish,” he says. “So we started with that puree and played with the spices until it was right.”

At one point during our call, he excuses himself to answer another call. “Sure,” I hear him tell the customer on the other line, “when you come in, you ask for me and I’ll make sure he gets a real big seafood feast for his 89th birthday… Yes, I can cook it soft, no problem.”