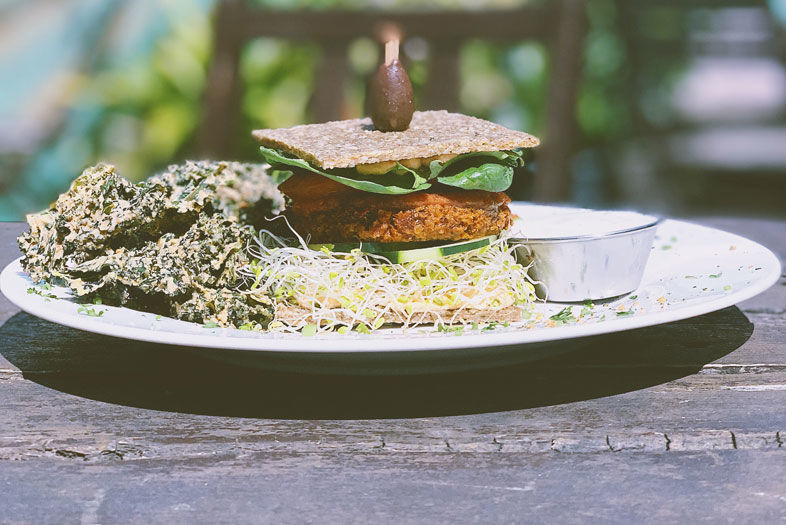 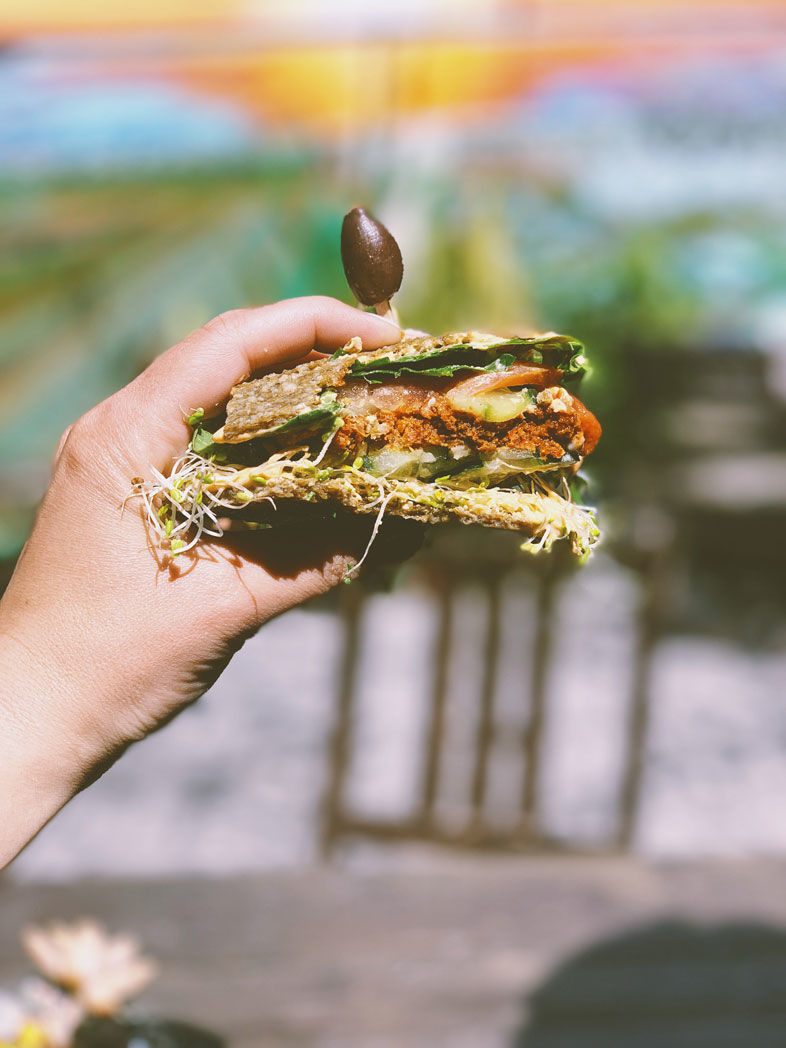 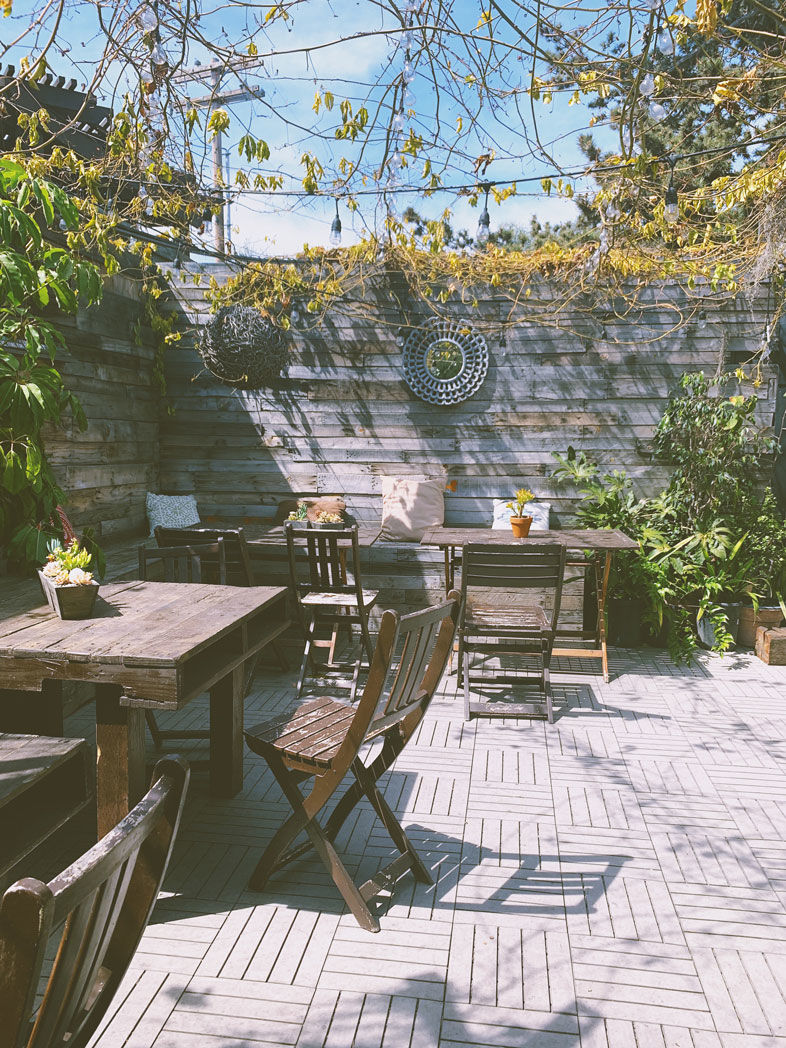 Peace Pies could not be more Leucadian. In North County San Diego, Leucadia is how you spell "Ocean Beach." Both neighborhoods consult crystals for major decisions, whether it’s to become a yoga instructor or to grow organic tomatoes in the trunk of your car.

I lived here for two years. I believe it was 1999–2000, or it could’ve been 1968. The town isn’t anti-progress in dumb ways; it’s just against dumb or needless progress. That’s why you’ll see many streets willfully without sidewalks, and a lack of giant, ugly planned communities along Pacific Coast Highway. Trailer homes, albeit elaborately designed like an HGTV special, are perfectly acceptable beachside living spaces.

Peace Pies is tucked in a tiny storefront off Pacific Coast Highway. Their original location is, actually, in OB. There’s enough room in the dirt next to the fence for two cars. The rest of you will have to find street parking. From the outside it looks like a charming shanty. A place where, inside, highly ethical people talk about single-use plastics, grids, and how to live off of them.

But that patio is something special. Real secret-garden stuff, with high, seclusionary wooden fences making a sort of alfresco hippie getaway, a trellis of ivy and lights and umbrellas forming a canopy above diners. Succulents are everywhere because flowers need water, and this place doesn’t dabble in the waste of precious resources. I could live here. Or set up a mud bath in the corner and stay for a couple days. At most places, that would scare people off, but here I imagine people would join me.

We’re here for their "Bliss Burger." Peace Pies is raw vegan food. That means uncooked. The burger arrives looking like a salad between crackers. It looks beautiful, vibrant, popping with the colors of highly nutritional, organic vegetables and seeds. For that same reason, it also looks awful. Instead of a bun, there are two thin, flat , grayish crackers made of flax seeds and sunflower seeds. Sprouts stick out this way and that, and in the middle is a patty made of sun-dried tomatoes and walnuts.

I don’t want to bite this thing. I have flashbacks of the post-hippie ’80s, when neighborhood moms thought they could cook meatless and they were terribly wrong. They’d force us to eat a cuisine best suited for finches and waifish dogs.

The "Bliss Burger" instantaneously proves me wrong. It is delicious. The patty tastes of traditional meat spices, and it holds together, topped with a slice of yellow cashew cheese. The flax-sunflower bun actually works perfectly with the ingredients, and holds together as well. There’s a delicious side of cashew ranch. Being uncooked and having birdseed instead of a big, glorious bun, it’s a pretty far stretch from what most people think of as "a burger."

But it is a veggie burger nonetheless. And, even as still-devout carnivores, we find it to be one of the best we’ve tasted on our citywide search for the best. If I lived in the area, I would camp on their patio and read Whole Earth or talk to strangers about Ken Kesey, and what he’s doing now. They’d respond, "Ken’s dead." And I’d say, "but is he, really?"