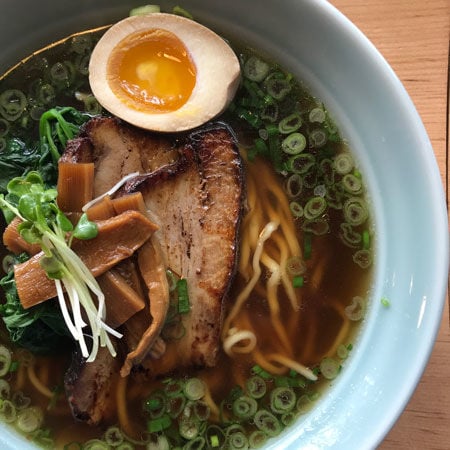 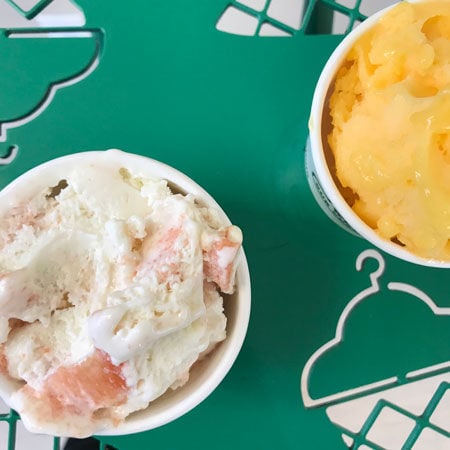 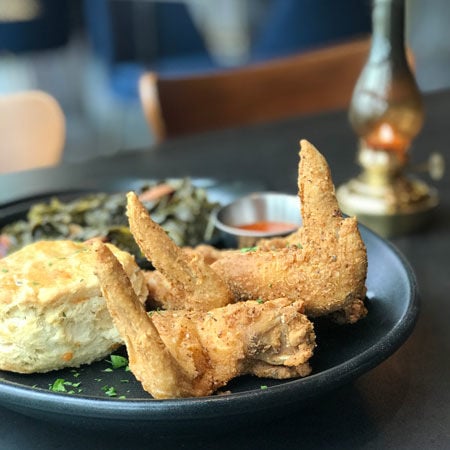 Everything’s fine. Everything is pretty decent and fresh and acceptable and then—you taste it. That zing, that pop, that holy **** dish you can build a minor food empire on. The shoyu ramen is why there were lines down the block at HiroNori’s first small ramen shop in Irvine. This is why it’s now a small chain, and this Hillcrest spot is their first San Diego location. The appeal of ramen is all about the broth. HiroNori reportedly makes most of their broths (and noodles) in an LA factory, and distributes to its five SoCal locations. "Factory" doesn’t sound sexy. But this shoyu broth is intoxicating. The reason? It’s made with a soy sauce that’s been aged in oak barrels for two years. Soy sauce is like wine. The basic stuff you see on tables at restaurants is like the "red wine" you get on economy airplanes. A two-year aged soy is like a bottle of good Napa cab. The difference is worlds.

An’s Dry Cleaning has some clever, creative branding. They believe in the creativity so much that they don’t even care that they’re confusing the marketplace. Because An’s Dry Cleaning is a craft, housemade gelato shop. They will not do your laundry, and "gelato" is nowhere in the name of their business or signage. But it’s worth it. Co-owner David Aguilera spent the last 10 years as a gelato consultant in Spain, and is making all of their gelatos from scratch (many gelato places buy a base that they merely need to add cream to). They work with local-farm distribution company Specialty Produce to find farms or makers to partner with on new flavors. For instance, right now they’re partnering with San Diego’s Paru Tea (try the blueberry tea gelato) and Sugar Mamma handmade caramels (try the bourbon caramel with macadamia caramel sauce mixed in). But my favorite is this one with Camembert (creamy cow’s milk cheese, like a better Brie) with fig jam that has the creamy zing of cheese with the darkly sweet fig spread.

For their first non-beach project, Grind & Prosper Hospitality hired a big gun in chef Quinnton Austin, former executive chef of Cinclare, a lauded Southern food restaurant in Thibodaux, Louisiana, and former chef de cuisine at the Antoine’s in New Orleans. Chef Q is cooking wet and indulgent here, so bring the loose pants. A lot of his Southern-food menu items are odes to some famous dishes from the region. His fried chicken is listed on menu as "The Dooky Chase" in honor of legendary "queen of Creole cuisine" Leach Chase. It’s pretty simple—three large chicken wings lightly fried (he uses no egg in the dredge) and seasoned (dried oregano, dried thyme, fresh thyme, cumin, chili powder, garlic powder, etc.). It’s some of the best in the city. A side of collard greens are made special with a bit of Worcestershire and Crystal Hot Sauce (in the south, Crystal is what they baptize babies in).