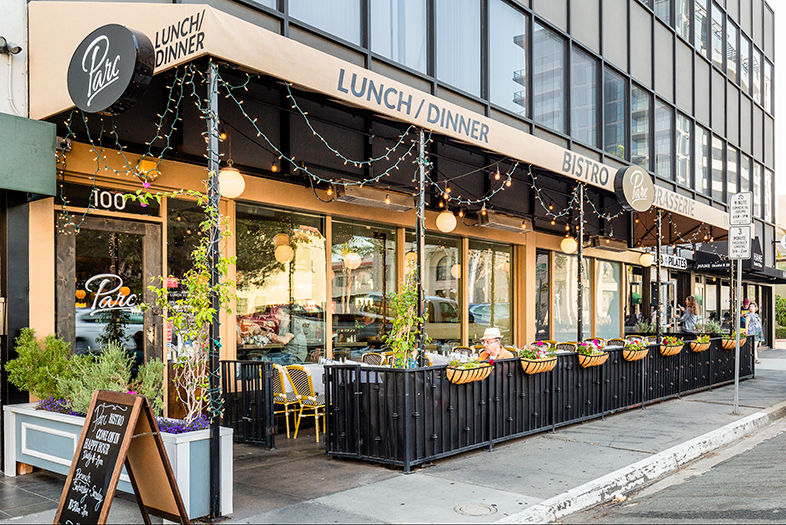 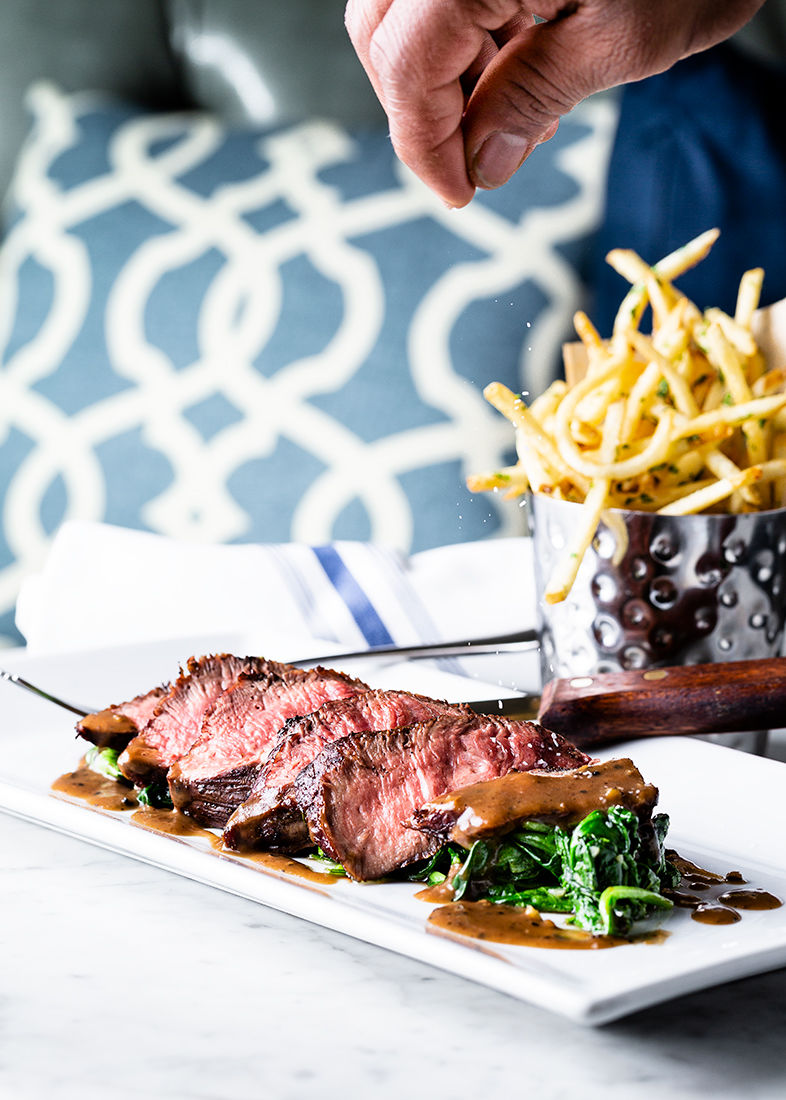 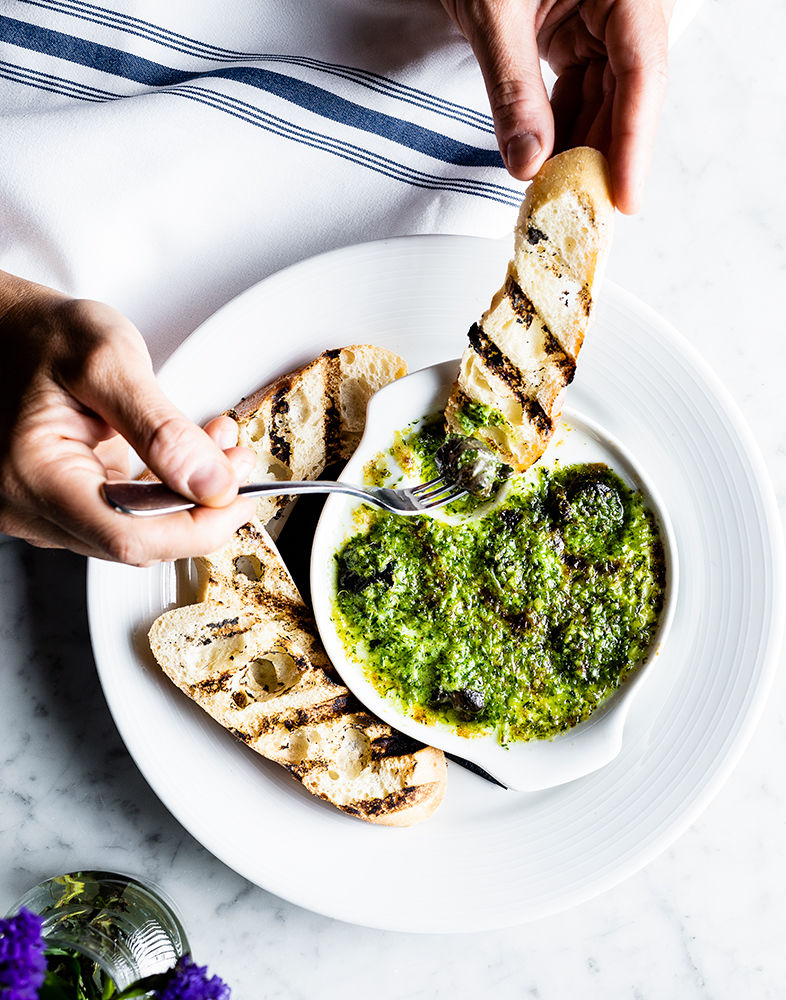 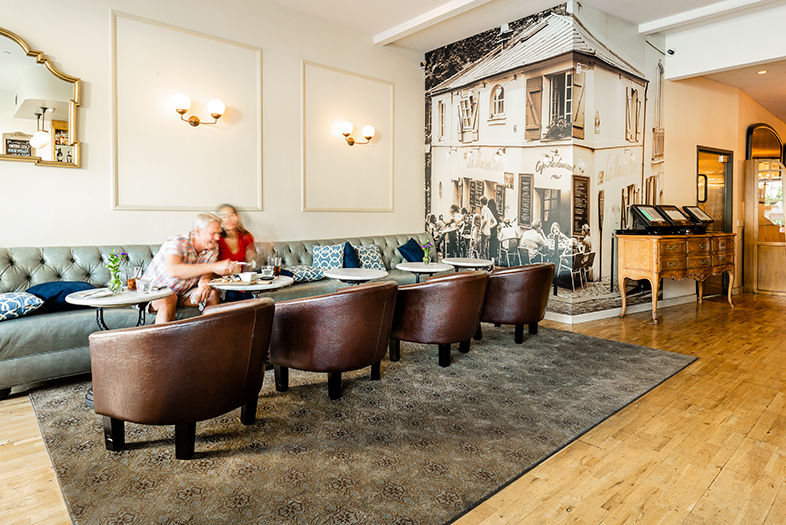 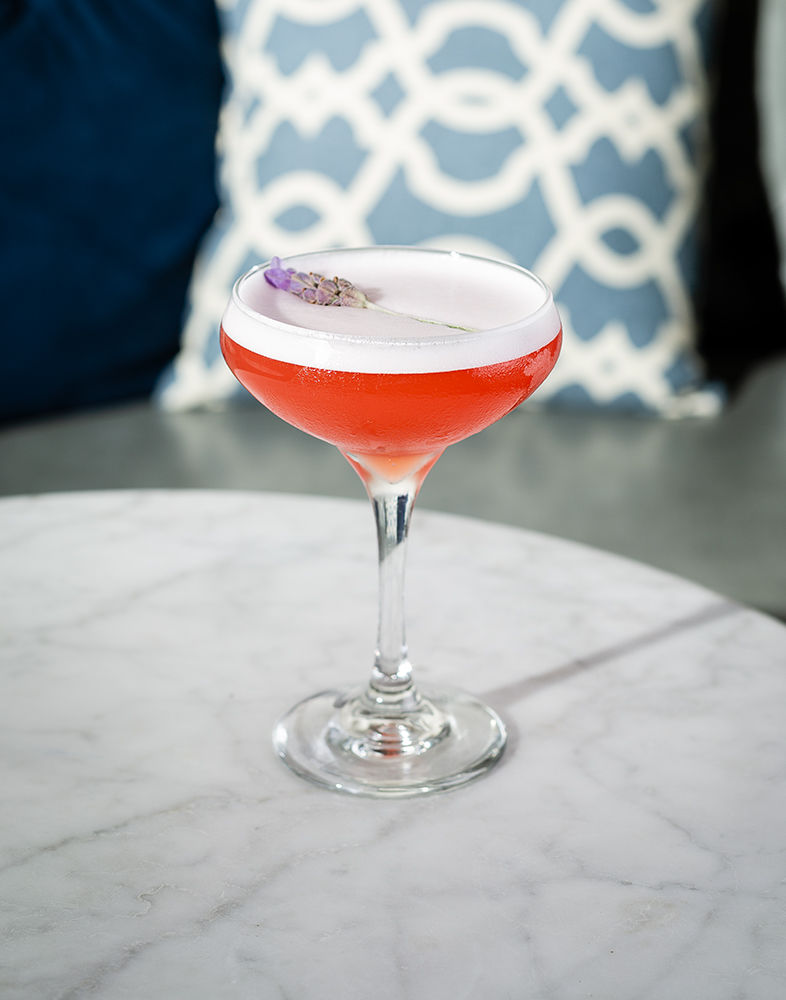 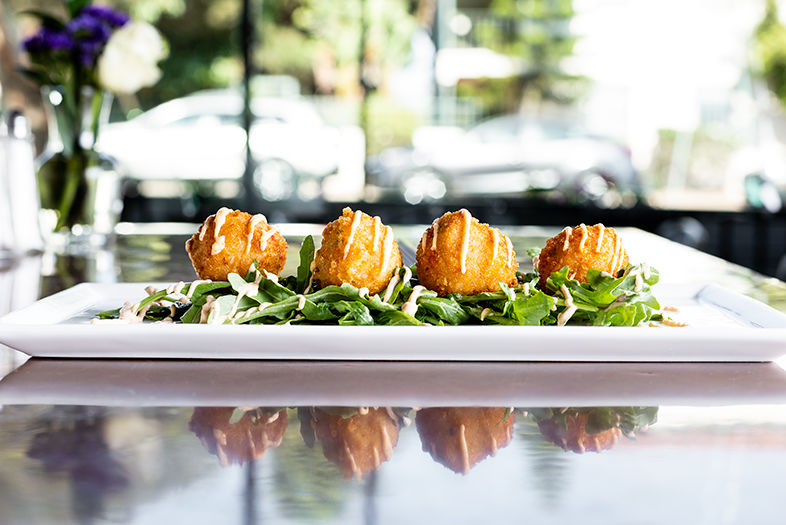 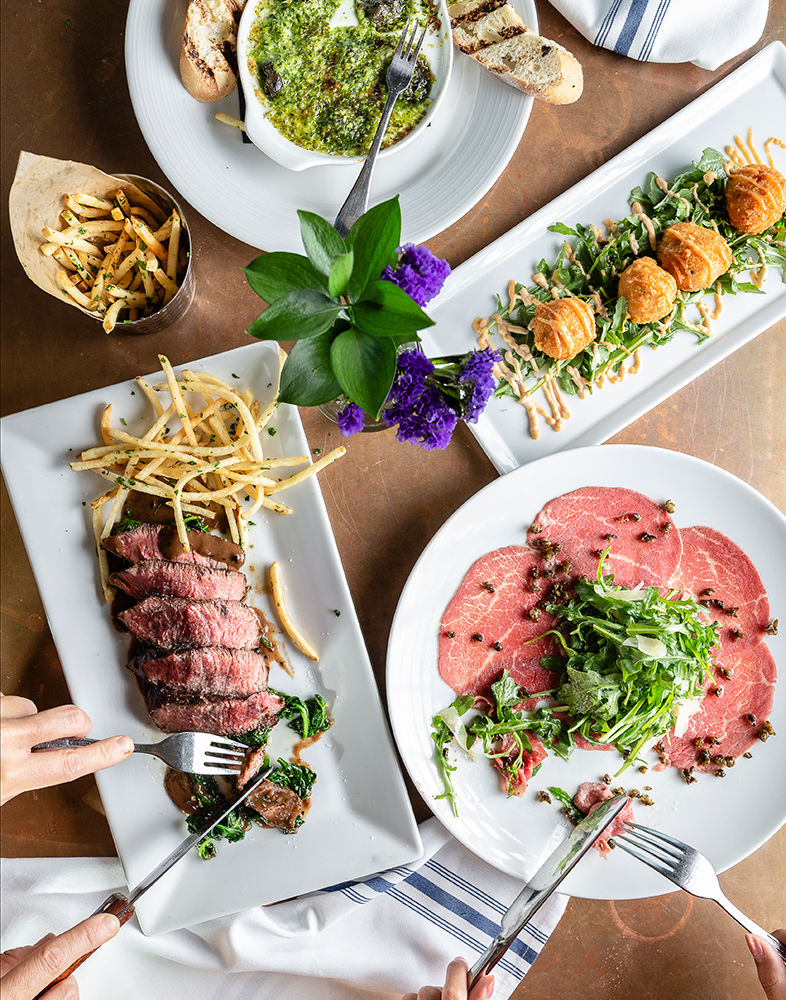 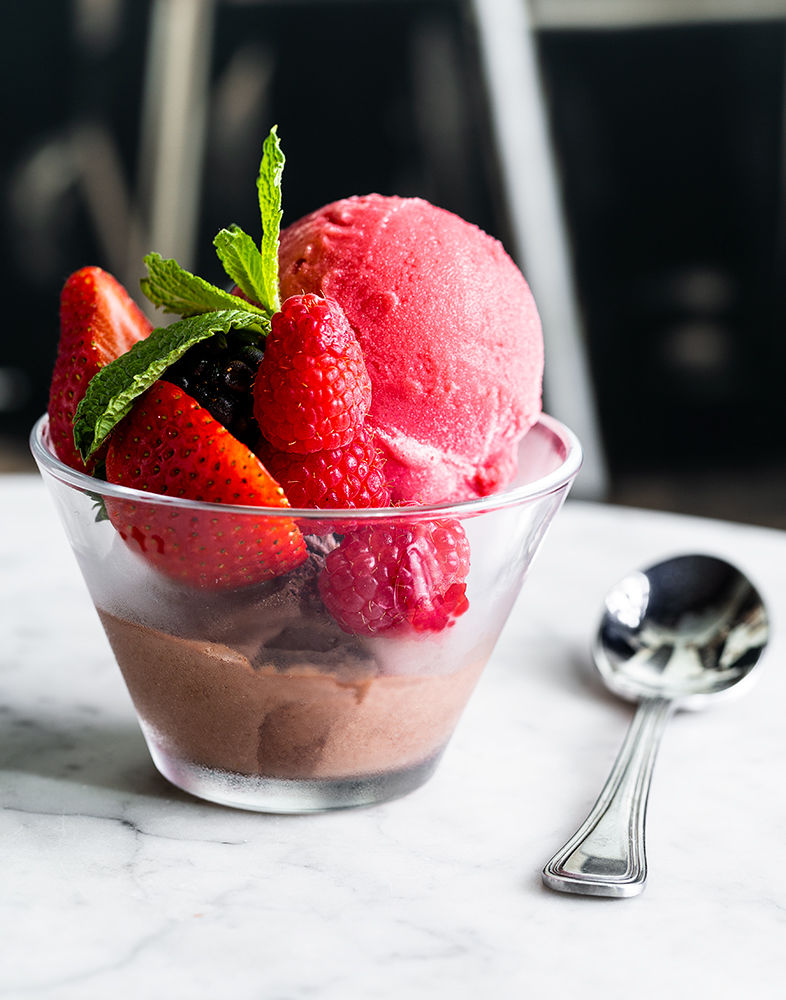 The talk of its demise was premature, if not slanderous gossip. Many food people have pronounced French cuisine the exiled king, pawning its crown for a cheap sniff of a pricey truffle. The most highly rated restaurants in the world are now in Japan, Spain, Denmark—even the UK, a country once known for euthanizing flavor.

There was a time when the only restaurants in America taken seriously were cooking Lyonnaise or Provençal. America found a few of them through tragedy, as when French chefs fled Nazi occupation and found shelter in New York, electrifying the dining scene at places like Le Pavillon and Le Cirque. In the New York Times’ first Guide to Dining Out in New York in 1964, seven of the eight highest-rated restaurants were Macron’s grandparents’ people.

Why is French food so good? Because they simplified, and they nailed it. After medieval cooks went nuts with a hot new trend called "spices," dumping loads into every dish, the French rebelled against it and went minimalist. And in the bare bones of cooking—butter, meat juices, herbs, time, some simple science—they struck gold. Every flavor was round, smooth, incredibly rich. A beurre blanc—made with basically a shallot, wine, butter, and cream—became divine.

French chefs were so good that they were not only permitted, but begged, to play with the most expensive, luxurious ingredients on the planet (truffles, lobster, Cognac!). And they were that good. They deserved the best tools. As a result, French restaurants became the tiny-forked feeding troughs of the Kennedys in Manhattan, the diplomatically immune in DC, and the movie moguls of LA. This simultaneously exalted French cuisine and doomed it to the mountaintop.

The irony is, the origins of French cuisine were never aristocratic. Some of its greatest dishes (coq au vin, beef bourguignon, pot-au-feu, French onion soup) were invented by peasants who were trying to fancify the meat scraps that fell to them.

When the American economy nosedived in 2008, corporate credit cards were cut into confetti for the unemployment parade, and high-end restaurants took a mighty blow. French, being the de facto face of high-end cuisine, got the biggest black eye. French became associated with frivolous excess. It was silk in a time of denim.

Asian became sexier. So did Italian. And American. But, of course, French never went away. The aioli every American gastropub serves on their burgers and fries? From Provence, France (and Catalonia, Spain). The short-rib trend? Eerily familiar to beef bourguignon. Duck-fat fries? Hello, Paris. Any dish with sauce? Likely a descendant of the seven French mother sauces. So French cuisine just ruled in exile. We removed the French chef from the throne and locked him in the kitchen where he could secretly cook for us under different aliases.

All this is to say, I like sitting on this shaded patio at Parc Bistro-Brasserie in Bankers Hill. While other restaurants are claiming they’re "California French" or "Baja with French influence" or "not French," Parc has the gusto to be a casual, ultra-French restaurant of the sort found in the 1980s. The walls are covered in scenes of France. They have not one, but two of the main French restaurant types in their name (bistro, and its boozy, noisier relative, brasserie). They have the neighborhood feel of Paris, resting one block from Balboa Park, directly across from St. Paul’s Cathedral, in the former home of Croce’s.

There are vibrant flower pots hanging from the black iron railings of their patio. The French like flowers. And they serve the major French classics—onion soup (basic, and very good), foie gras (didn’t try it, but it’s foie gras, I’m sure it’s delicious), beef bourguignon (not the best; it should be incredibly rich, and it’s merely middle-class in flavor), and escargot (perfect).

The service is also perfect. In my three visits, I encounter a few of the funnier, wittier servers I’ve met in a while. Dressed in crisp shirts with ties, they still embody the smart, social neighbor that you should find in a neighborhood restaurant.

Let’s start with the good stuff. That steak frites. I took my mother to one meal of this review. I’ve never taken Mom to a professional meal. It’s not personal; she’s deathly afraid of any spiciness (even basic pepper), which makes her a less-than-ideal dining partner. So she orders the flat iron with peppercorn sauce on the side. It comes with the sauce all over. A service fail, which undermines my "the service is great" theory, but they offer to take it back and fix it right away. My mom says no, she’ll buck up.

She loves it. We all taste it. She is right in her love. It’s the perfect, unbroken sauce of French fame. Also very good is the seared ahi, which is a dish that’s French insomuch as Southern California is Burgundy. Seared and sesame-crusted, it has a spicy ginger emulsion, herbaceous chive oil, and a crispy wonton for crunch. And the best of all is the lobster arancini. There are many ways to slay an arancini (rice balls, fried), but it tastes as if Parc has used the best way—lobster risotto, with a housemade harissa aioli.

The Wagyu beef carpaccio is also done well, with arugula, herb-infused oil, and salty fried capers that nicely take the place of sea salt, plus tiny cornichon pickles for acid. Escargot is hard to mess up, but it’s possible. These are protein balls meant to carry a flood of butter, garlic, and wine. But cook them too long and they have the texture of calcified gum wads stuck under a kid’s desk. Parc hits it just right.

They do go wrong in a few places. The bread is top quality, and it’s served with one of the more sublime tapenades I’ve had in ages—not gussied or herbed or even special, but it’s simply, perfectly prepared. It tastes of great olives, and great olive oil. Even better, it’s served as a gift from the house to all tables. The problem, however, lies next to it on the wooden cutting board.

Next, the mussels. A French restaurant must pull off mussels. And Parc’s are among the worst I’ve had. Mussels are 200,000,000 percent about the sauce, and the sauce here is like a thin, bland soup—under-salted, under-wined, under-herbed. It tastes made à la minute, without the time to reduce and develop flavor. Another problem is the mussels themselves. In my single order, I find four still clammed shut. Any cook is aware that some mussels don’t open no matter how long you steam them. But the public doesn’t really know this. Most think that unopened mussels mean they’re not fully cooked. The cook needs to see those mussels that are still shut and open them manually. Restaurants aren’t about cooking as much as they are about understanding the public’s perceptions and cooking to them, even if the public is wrong. Or at least have a server say, "You’ll likely find a few unopened mussels in there. Trust us, they’re cooked."

Don’t get me wrong; I’m still enjoying myself. I like this restaurant, even if there are flaws.

So, the desserts. The magic of crème brûlée is the caramelized sugar on top, which should be like a sheet of glass to provide texture to the treat. Ours has almost zero browning or crack, and is basically a plain custard. The chocolate mousse is so cold that it’s hard and dense and loses all the allure of the airy, fluffy indulgence. The one they get right is the combination of raspberry sorbet and chocolate gelato, a pairing recommended by our server. It’s the high note and the low note, perfect together.

So, Parc needs work in some areas of the kitchen. But order right, sit on that patio, and eat your way through a few well-prepared classics and that tapenade?