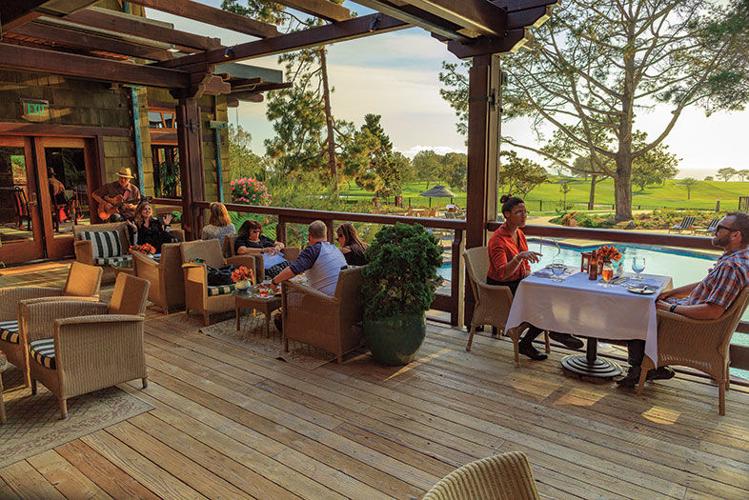 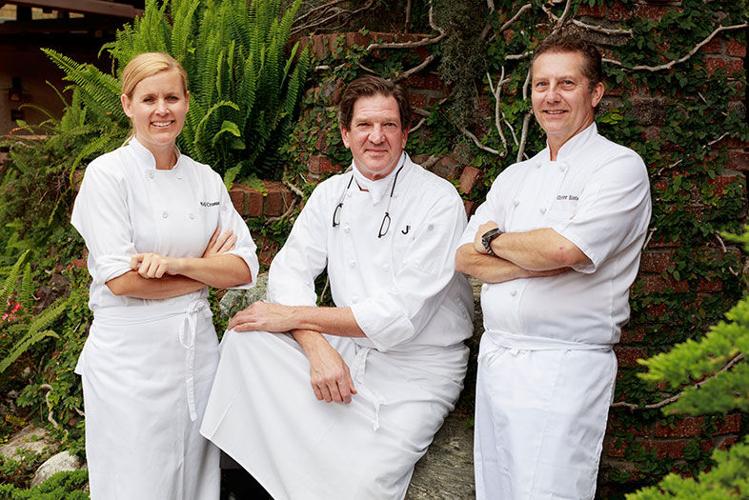 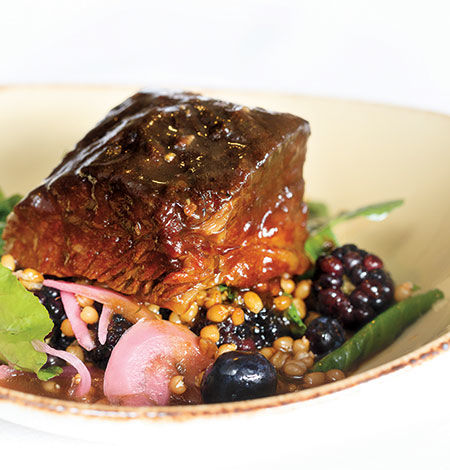 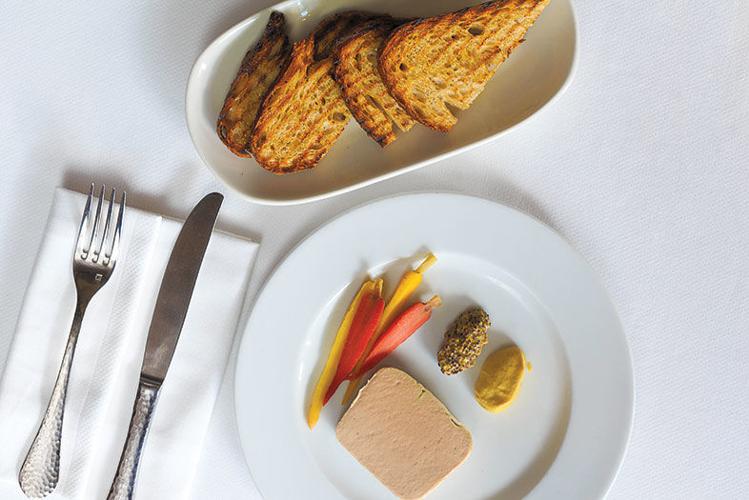 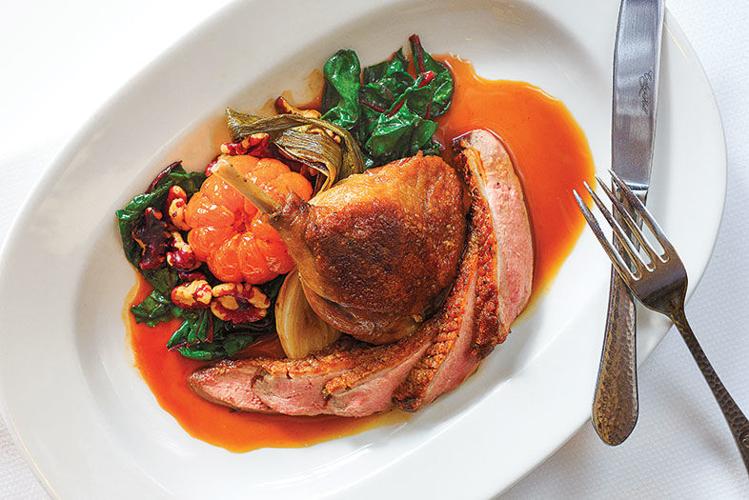 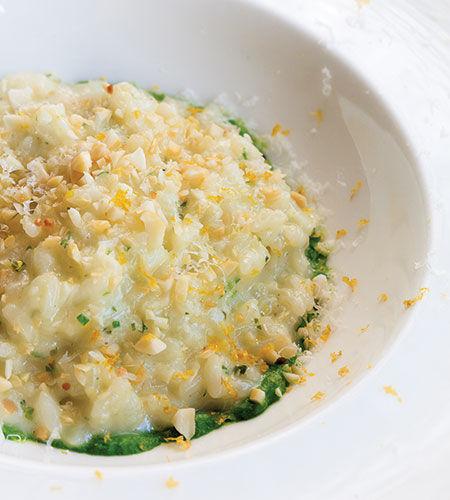 Another day dawns in San Diego, and three more restaurants open before noon. Press releases scurry about the town, Yelpers line up at the door, and the cult of new is in session. The city is currently spawning more new restaurants than people, which leads to an abundance of hype and a dearth of hungry patrons per open table. Chefs I’ve spoken to have talked about this in the way that farmers speak of locusts.

Action in any sector is exciting. New players bring the evolution of the game. Competition breeds quality. The fate of your mouth grows rosier.

The problem, it seems, is that many restaurants fail to live up to their hype. After a big, splashy opening with plenty of PR hits in local media, chefs and staff are jettisoned in the following months, quality suffers, and eventually the owner is huddled over profit-and-loss statements in the office, considering accidentally setting fire to the place.

In my job as a food critic, I’m just as guilty of kicking new tires as anyone. Most of the restaurants I review have been open three months (at minimum, as set forth in our fairness policy). But the current spat of splashy restaurant turnover got me thinking, this month, about the classics. The restaurants in town that have maintained staff and quality and tradition over the long haul, who haven’t seen or heard of hype in decades and don’t much care.

The Lodge at Torrey Pines seems out of place. The dark, wooden hunting lodge suggests colder, woodsier realms, where men with expensive horses chase various fowl around the premises. Instead, in classic Southern California style, the Lodge is perched on one of the country’s most famed golf courses—Torrey Pines—which is itself perched on the cliffs overlooking the Pacific Ocean.

The signature restaurant, A.R. Valentien, has been operating since the resort’s opening in 2002. Its 14-year existence isn’t news; resorts need restaurants no matter their quality. But it is news that they’ve retained their executive chef, Jeff Jackson, the entire run. Chefs change restaurants like hippies trade lovers. They’re drifters, the best of them frequently poached by other, newer projects. And yet Jackson has remained, and his kitchen has spawned some of the city’s most talented chefs, from Timothy Kolanko (Mess Hall) to Pete Balistreri (Tender Greens).

Jackson came into the Lodge with a hefty resume, trained under French master Jean LaFont and responsible for the success of Santa Monica’s Shutters on the Beach and Casa Del Mar. He was cooking farm-to-table and tip-to-tail long before they became buzzwords.

And so I wondered, would I, fourteen years into his tenure in this tiny, posh dining room, encounter the well-honed work of a great chef? Or laurels, comfortably rested on?

The dining room at A.R. is petite, with sturdy woods and booths and chandeliers and drapes. The reason for this is because it’s in San Diego—the designers smartly put most of the desirable seats on the patio, which overlooks the pool and the famed 18th green at Torrey Pines South Course (now under renovation). Sunsets here, dappled through the gnarled pine trees, will make you want to write sappy poetry.

Jackson’s chef de cuisine is Kelli Crosson, who’s also French-trained, and his pastry chef is Olivier Bioteau. Bioteau’s arrival at the Lodge was news a while back; the French chef had made quite a name for himself owning his own restaurant, Farm House Café, where he was known for phenomenal pâtés. When he closed shop, many thought he’d open a larger Farm House; instead, he opted to work and learn under Jackson.

Our first meal starts with a chicken liver pâté. Jackson is also known for his pâtés, and this is phenomenal, the texture of the loaf refined into a creamy state, served room temperature as it should be, easily spreadable on toast points. The grain and Dijon mustard, along with pickled carrots, cut the fat with a jolt of acid. My companion is apprehensive—bordering on frightened—of this sort of meat-butter witchery, and yet she tries it and swoons. Another convert for the books.

We sample a good portion of the appetizer menu, starting with a roasted carrot and curry leaf soup with mint, coriander, and orange salsa verde. Roasting carrots develops a deeper flavor than, say, boiling or sautéing. And that’s the dominant flavor, the crinkled umami of dry heat on the carrot’s natural sugars. Normally this would be fine, but curry leaf is such an exciting ingredient—the pungently herbal leaf that tastes nothing like the curry dish of the same name, but rather along the lines of basil, bay leaf, or kefir lime. Its inclusion in any plate promises something special, which our soup doesn’t deliver.

But next to it, thankfully, is this wonderful mascarpone and Meyer lemon risotto, perfectly al dente over a puree of ramps. Ramps are only available a couple weeks out of the year, and what a few weeks it is. Essentially an onion in a tuxedo, their phenomenal flavor shines against the mascarpone’s sweet cream, and Marcona almonds add crunch. The house-smoked ruby trout with beets, pickled mustard seeds, crispy potato, and horseradish crème fraîche is nice. House-smoked seafood is always better than packaged, mostly because the smoke is light. With Crosson’s trout, though, I wish she would’ve left the fillet under the plume a little longer, because it’s a bit too faint to stand up to the rest of the ingredients.

I would change absolutely nothing about the braised short rib, which arrives so lusciously tender and flavorful that it’s struggling to hold its own form. The liquefaction of meat’s natural collagen is an art that takes temperature control and patience, which you can tell Crosson has completely mastered.

From the entrées, it’s no surprise that the duck confit is a world-class rendition. A good duck confit—duck meat preserved in its own fat, an ancient preparation that triples its richness—depends on whether or not the chef can render the fat beneath the skin, while also crisping the skin up. Too high heat, and the skin will be crisp and the fat beneath chewy like erasers. And Crosson and Jackson’s finished product is perfect, the duck wading in its own jus with glazed tangerine for a sweet-and-sour foil (duck loves orange).

With this dish I confirm what I already knew—Jackson’s kitchen is a temple for meats and fowl. The execution is flawless.

Strange, though, that we find the seafood a bit wan. Just as the trout lacked enough smoke, the sablefish en papillote (served in parchment paper, which you open to release a flood of aromatic mist—quite the show) in lemon-herb butter is very shy with its seasoning. The trumpet mushrooms, intricately scored on their sides to absorb flavor during the cooking process, are absolute gold, a bomb of flavor. Yet though I love them and I love the trumpet’s meaty texture—which turns the dish into a sort of "surf and faux turf"—I wish they’d been cut smaller and intended to be eaten with the fish, because the sablefish is just so faint.

I understand the subtlety of Valentien’s seafood dishes. A white wine and mustard-braised sea bass also whispers. Jackson is a well-known ingredient junkie, sourcing the absolute best from land, sea, and garden. So he and Crosson probably want to let that beautiful protein speak for itself. Murmur its own little poetry. But, still, I’d like more seasoning.

None of these dishes are bad, by any means. But when dining at A.R., you’re permitted to expect greatness and be disappointed when something is merely good.

Service during all of our nights is classic and sophisticated. It’s not studded with pretense, merely refined. We never once crane our necks in search of something essential, nor do we find ourselves silently wishing they’d leave us the hell alone. It’s just right.

Our desserts are hit and miss. The hit is the butterscotch pot de crème with whipped crème fraîche, peanut "Butterfinger," and cookies. Butterscotch pudding will not go away, and it shouldn’t—especially Bioteau’s. The miss is the mango semifreddo with a coconut dacquoise and a kiss of coconut. The ice crystals in the semifreddo are too large. The appeal of semi­freddo over ice cream is that it uses less water, and fewer ice crystals means a softer, creamier texture. But ours is incredibly icy in the middle, a real bummer.

So, no, it’s not perfect in all areas. But Jackson and his crew have stayed here for 14 years because they source the best ingredients San Diego has, they take time to intricately score mushrooms, and they indulge in classic culinary showmanship like serving fish in a very pretty paper bag. And if you’re a carnivore, there are very few restaurants on the planet that do upscale French meat dishes any better. That’s how a restaurant thrives without hype or a name change. By doing the perfect old ways of cooking perfectly well.