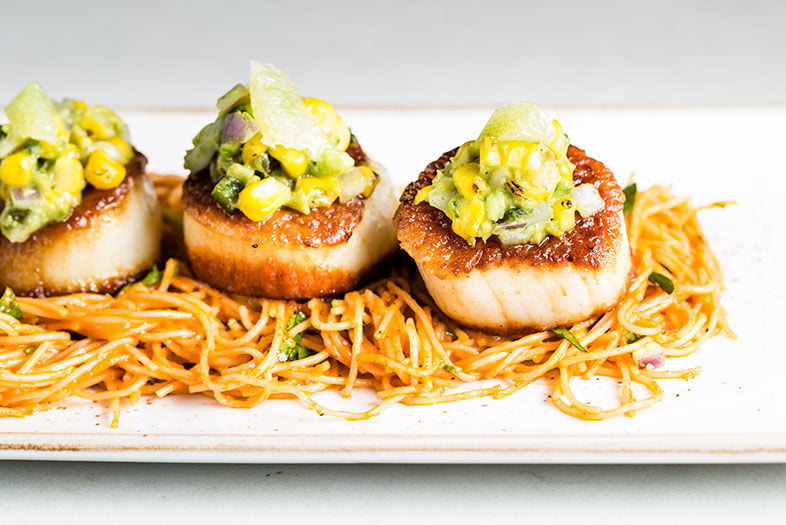 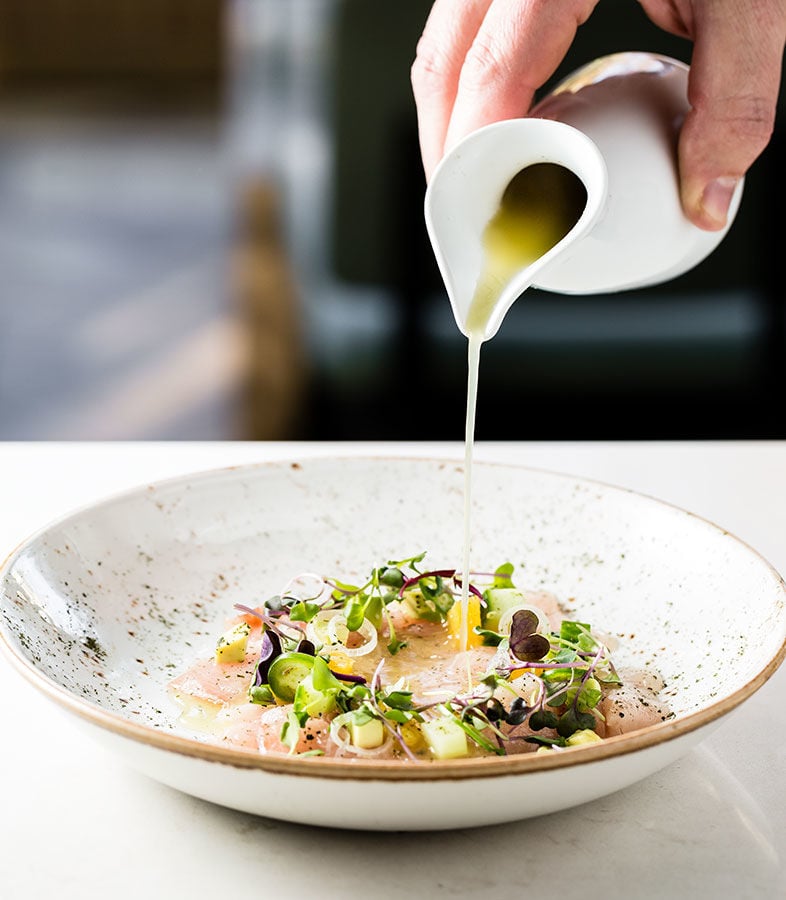 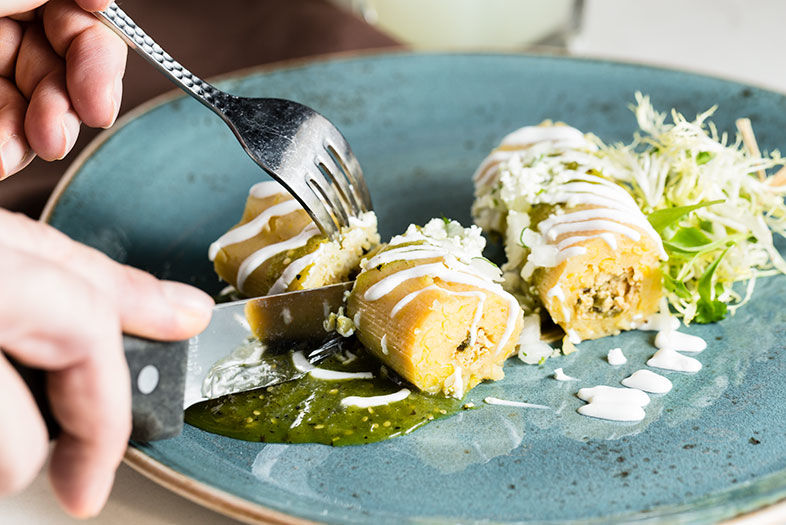 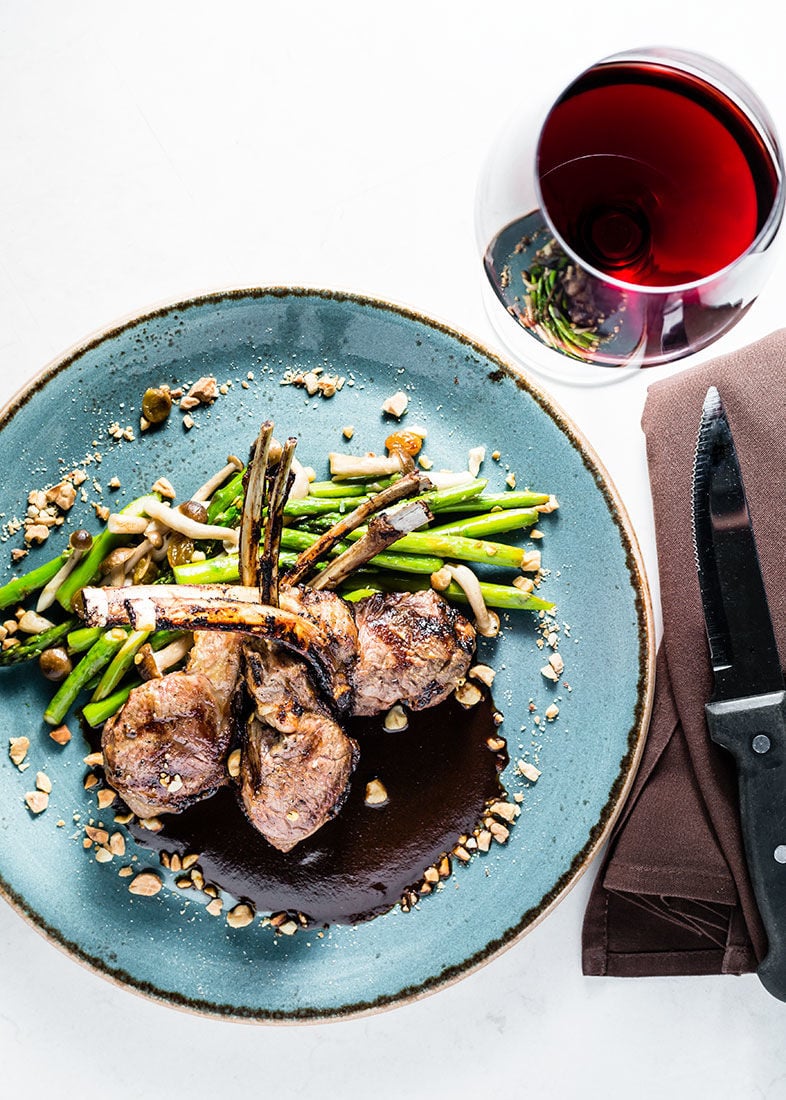 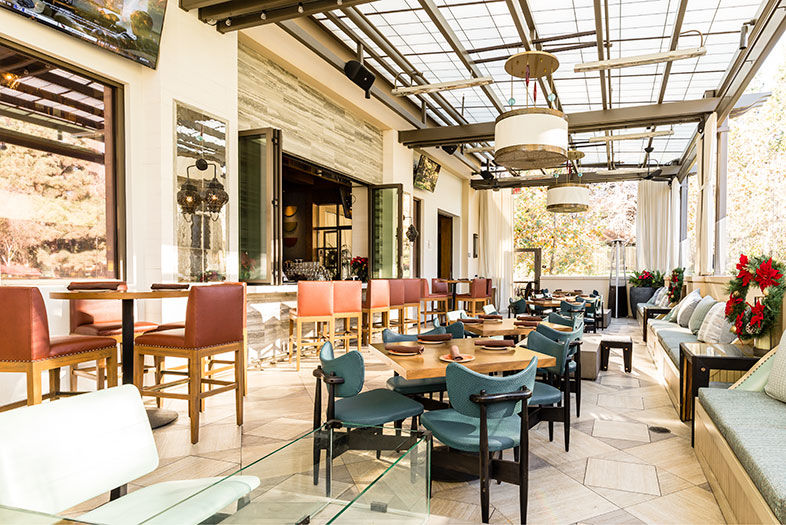 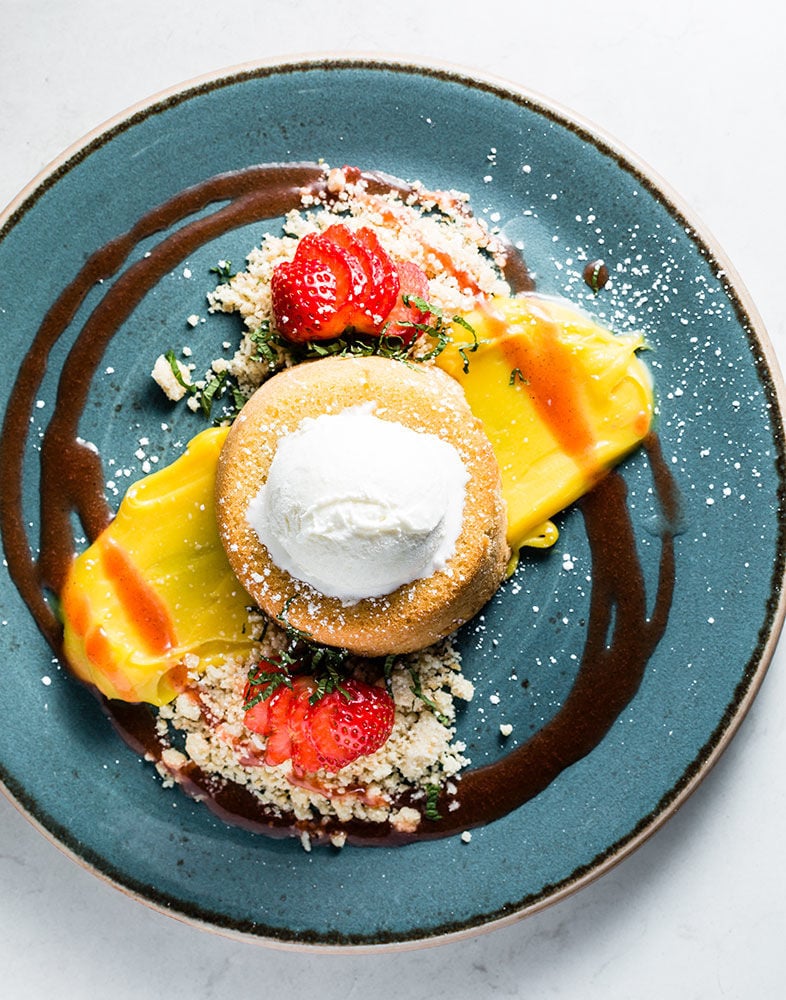 First, let’s tackle the Rick Bayless thing. Rick Bayless is the one of the planet’s best chefs cooking Mexican food. It must be mentioned that he’s not Mexican. He’s white with a very white-man mustache, looks far more Germanic than Oaxacan. But he has adopted Mexico, gone deep into its kitchens, its markets, and its heart, and become a master of its cuisine. Mexico has adopted him as one of their own, too—an emissary to everyone, but especially to Americans who may be a tad timid around foreign food with chiles and chocolates and smoke and ash and cilantro. When Red O was first announced, all of us thought, "Well, finally, Rick."

Bayless often passes through our city on his way to Mexico. San Diego is one of the Mexicaniest cities in the US. We appreciate the culture’s charms, because as a border town, its culture is our own. They’re not "them," they’re "us." Seems at the very least he should get a summer home here, open a restaurant that he physically visits with his new tan. Much of what is written about Red O seemed to point to it being a Rick Bayless project.

Truth is, he was involved at first, helping design the menu for their first location in 2010, on Melrose in LA. But he’s since grown distant. I wondered whether Red O would still ride the Rickname, milk it for everything it’s worth. After all, they undoubtedly paid him and deserve a little, or a lot, of return on that investment.

I try to trap our server, one of the most distinguished, sharpest-dressed people I’ve seen in a long while. He looks like Professor Plum from the board game Clue. Like he might kill someone with a pipe in a study, but in a very distinguished manner. "Is this a Rick Bayless restaurant?" I ask.

"Not really anymore," he replies. "As I understand it, he’s just a very occasional consultant at this point." I hate it when people don’t lie when I think they will. But honesty is the best policy, and Red O is not trying to coast on the loosely associated Bayless name. They’re confident in their people: corporate chef Marc Johnson (Oak Grill, Aqua Lounge) and La Jolla executive chef Seth Vider (Jean Philippe Patisserie, Mastro’s). Red O is what it is. No exaggerated Rickness. So, what is it?

I figure the restaurant without a Bayless is like The Beatles without a Lennon. This is going to be an expensive disaster.

As the line of luxury vehicles waiting at the valet station indicates, Red O is very successful among the very successful. This spot, once the beloved steakhouse Donovan’s, was blown out and transformed. While Donovan’s was windowless and mysterious, Red O has floor-to-ceiling glass, with a roaring fireplace visible in the front of its camel-colored stucco facade. Great columns lead you into the bar area, where occasionally a Spanish guitarist smiles at incoming guests as he plucks his pretty music.

Inside, diners get to see what a $7 million, 9,000-square-foot restaurant looks like. The ceilings reach the foothills below God. The booths are quality fabric, sturdy wooden chairs with blue leather. A massive chandelier of inverted glass teardrops in the center of the room hangs over a live tree, whose circular enclosure is flanked with booths. It might be an olive tree. I might not be a botanist. It’s lovely. Indoor trees are very en vogue, because we all like to believe in secret gardens, and going from one treeless fluorescent box to the next is a sad ritual of American life. Optimists might say Red O looks like a posh resort in Cabo. One of my fellow diners says it looks like a very fancy Cheesecake Factory.

It is the cleanest restaurant. Immaculate. The floors, the windows, the servers. Feels like they even scrub the air. I’ve never felt safer eating in a public space. Upscale service is not San Diego’s strong point. Our servers tend to act like polite siblings. But at Red O, service is polished, knowledgeable, professional, clean, well-outfitted. Textbook.

First visit, we sit in the bar area, which is big enough to be a standalone restaurant and boasts over 200 tequilas. (Try the mezcal riff on an old-fashioned, called the Smokey O.) We order the guacamole, which is fine, nice. It’s got a kick from serrano chiles, which I didn’t expect. This is the fourth Red O location, and it’s massive. The laws of mass feedings usually drive food toward the narcoleptic middle of the road. I’ll find this a recurring charm of Red O. Every time I expect it to be bland Mexican food for people who don’t really like Mexican food, it proves me wrong.

Their salsa is what I had expected, though—a tad safe. Salsa pain is one of my life’s small, indispensable joys. Our server says they have one other option, and brings a habanero salsa that reeks of floral peppers. Habanero is the best-tasting pepper. The salsa is stunning, delicious—until my head explodes. It is liquid napalm. I suggest to the server they might consider a middle-ground option, because I value my taste buds and they are currently blown to smithereens.

From the starters, try the corn and goat cheese tamales. Tamales done incorrectly are dense anvils, hitting the palate with a thud. Red O’s are weightless, airy, and delicately sweet. Laura Chenel’s goat cheese gives them tang, and tomatillo salsa a deft kick. The duck taquitos, while a fanciful play on the drive-thru Mexican staple, lose the duck among the rolled shell and tomato-árbol sauce. Duck meat is gold. Never lose your duck.

For their seafood options, the ceviche lacks acid. Eating ceviche should be like tasting an electrical wire. So I fear the same will be the case with the aguachile—a lime-based relative of ceviche, and specialty of northern Baja. It is not the same, and neither am I after eating it. It is magic. Silky slices of raw yellowtail, spicy lime broth, avocado, knob onions, bits of cucumber and orange. If you can make this dish, you don’t need a Tinder profile.

Their street corn, meanwhile, is the kind of dish that you might forget about in the middle of a bite, your mind wandering to your parking validation. It needs spice, and it’s dry. The goodwill voodoo of Mexican street corn is luscious, wet fat (usually mayonnaise), Cotija cheese for salt and texture, and spice. This lacks all three. Also, the only salad I eat is served with so little dressing there’d be more honesty in calling it "lettuce."

Our entrées, however, prove the chefs have a very capable, nontraditional vision of Mexican food. The scallops, especially. It’s a dish you don’t want to see picking up your daughter for prom, because it has an irresistible charm. Perfectly seared jumbo scallops with a tomato-serrano cream, diced avocado, and a perfectly sweet-acidic corn salsa are served over angel hair pasta in a tomato-pepper sauce. The lamb in mole negro is also a winner, seasoned and cooked to perfection. Moles are dangerous. Done wrong, they taste like a landfill—just a ton of ingredients haphazardly thrown into a hole. But Red O’s is harmonious and flavorful.

For desserts, the undisputed star is the passion fruit butter cake. The only thing better than butter is making butter into a cake, then serving it with strawberries, passion fruit custard, coconut crumble, and coconut ice cream. I share it with a few adjacent strangers, and we all moan until things get kind of awkward.

I wasn’t expecting much from Red O. It’s a chain (albeit a small one). I expected Anglified Mexican food (heatless, predictable, muted), with no hint of Rick Bayless’s multinational aplomb. At the end of my two meals, aside from a few missteps, I was forced to say those three words that have saved romantic relationships for centuries: I was wrong.