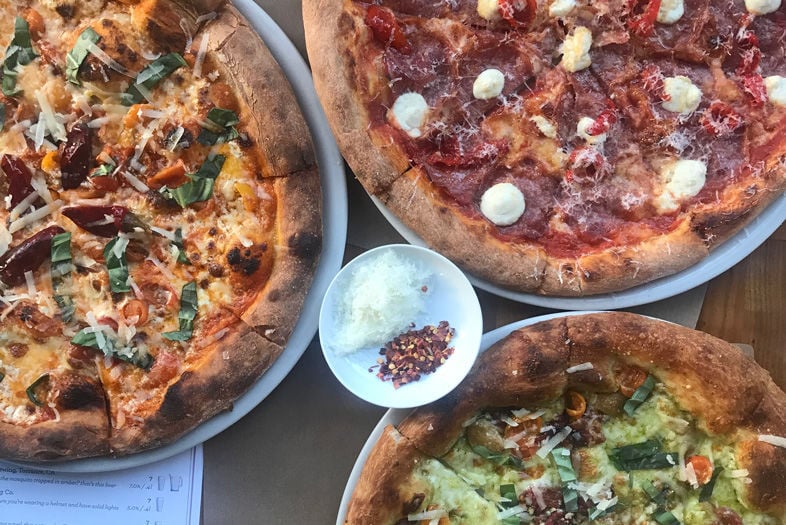 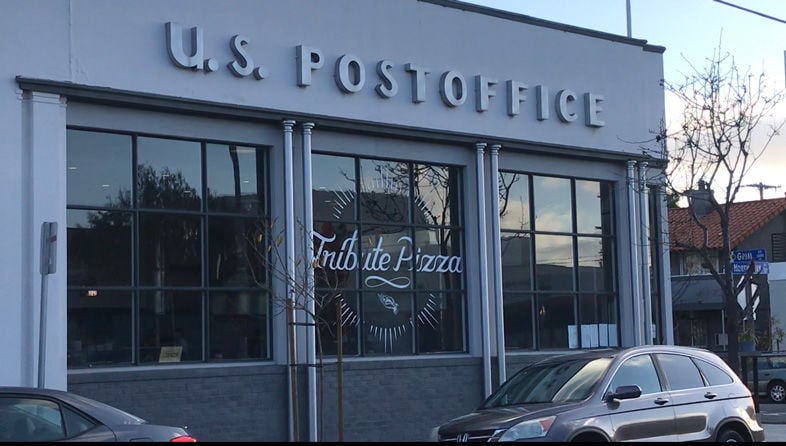 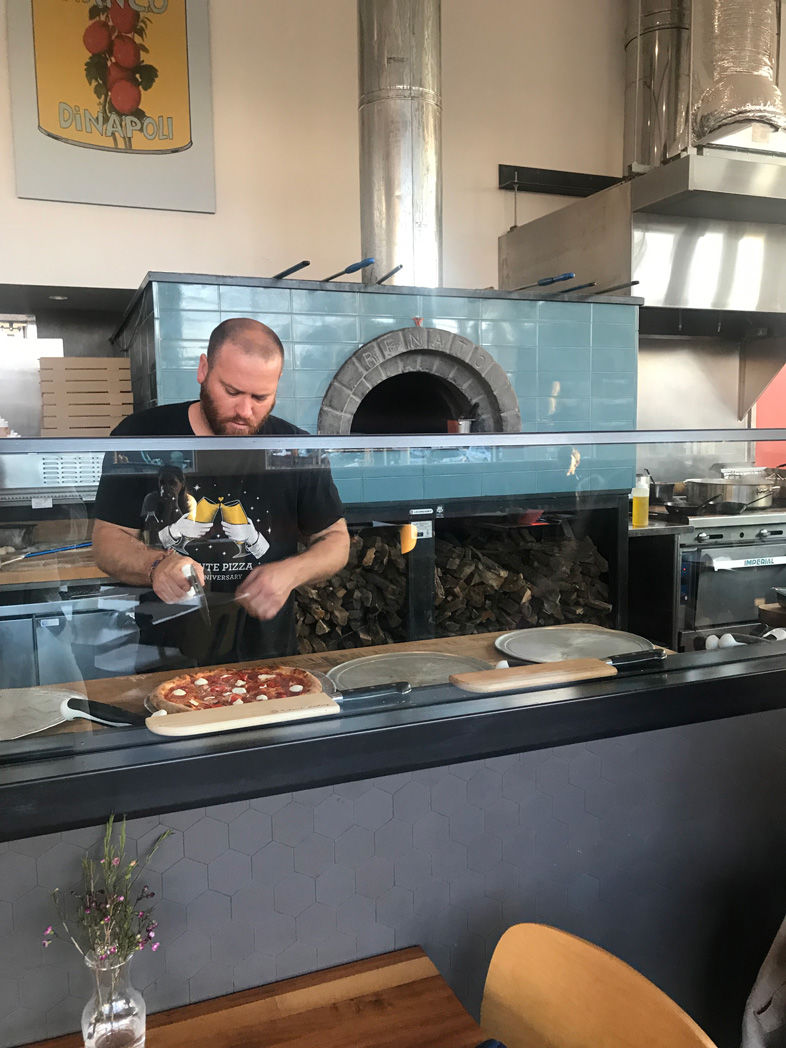 The post office in North Park closed because you didn’t write your grandma enough. In its place went Tribute Pizza. Their logo is a hand tossing dough. The hand also looks like it’s being held out to god. This makes sense because god made pizza to make up for some of the other things he made. Like your racist uncle.

Owner Matthew Lyons had run a pizza pop-up, managed pizza places, done a lot of pizza. He became obsessed with the perfect pie. He went to Nairobi to help open a pizza restaurant. To train for Nairobi, Matthew stalked Chris Bianco at the famous Bianco Pizzeria in Phoenix. He just showed up and said, "Hi, I’m Matthew, help me."

Bianco’s brother told him to go to Flagstaff because if you’re gonna cook in Nairobi you need to know how to cook at a high elevation. So Matthew drove there and stalked the people at Pizzicato, too. In short, Matthew Lyons is a stalker. But he’s San Diego’s stalker.

That’s why there are three Warhol-like paintings of Bianco’s tomato cans hanging in Tribute, and Lyons uses Bianco’s famed tomatoes in his pies. There’s also a painting of Bianco looking like he’s about to whack someone, or has recently completed the task.

It’s called Tribute because they riff on the greatest pizzas in the world. Like the one dedicated to famed James Beard Award-winning pizza restaurant, Costco. Unless I get a free sample of it, it’s not a Costco. So I pass.

Lyons is known for buying the best stuff. Matthew buys local food when he can. He buys good flour and good meat. Buys the best. Like the 1,500 pound, 91 square-foot, wood-fired Renato oven. It’s one hell of an expensive oven. Matthew didn’t buy a great oven because he looks good standing next to it. He bought it because it’s a great oven and great things don’t come from the free store.

It’s called Tribute because they riff on the greatest pizzas in the world. Like the one dedicated to famed James Beard Award-winning pizza restaurant, Costco.

The place is 3,200 square feet. The pizza counter was where they served mail. It’s big and airy. You can take your kids and it’s no big deal. No one gives you annoyed looks or wishes you were infertile. It gets loud in here because of the hard windows and the hard floors. Why does everyone hate carpet these days? I’ll tell you why. Because the only thing dirtier than a cook’s mouth is restaurant carpet. Good choice.

As for the pizza? This is textbook good pizza. The crust has black spots like your jail cousin’s lungs. The sauce pops with bright tomatoes and is well seasoned. The produce is excellent and fresh. Doesn’t taste like an elementary school hairnet salad. Good food—when made by a pizza stalker using a great oven—makes good pizza.

Our favorite is the Vodka 3.0 Long Name Pizza. It’s spicy, but that cream and the dough chill it out.

Tribute’s good enough to get a tribute of its own one day.