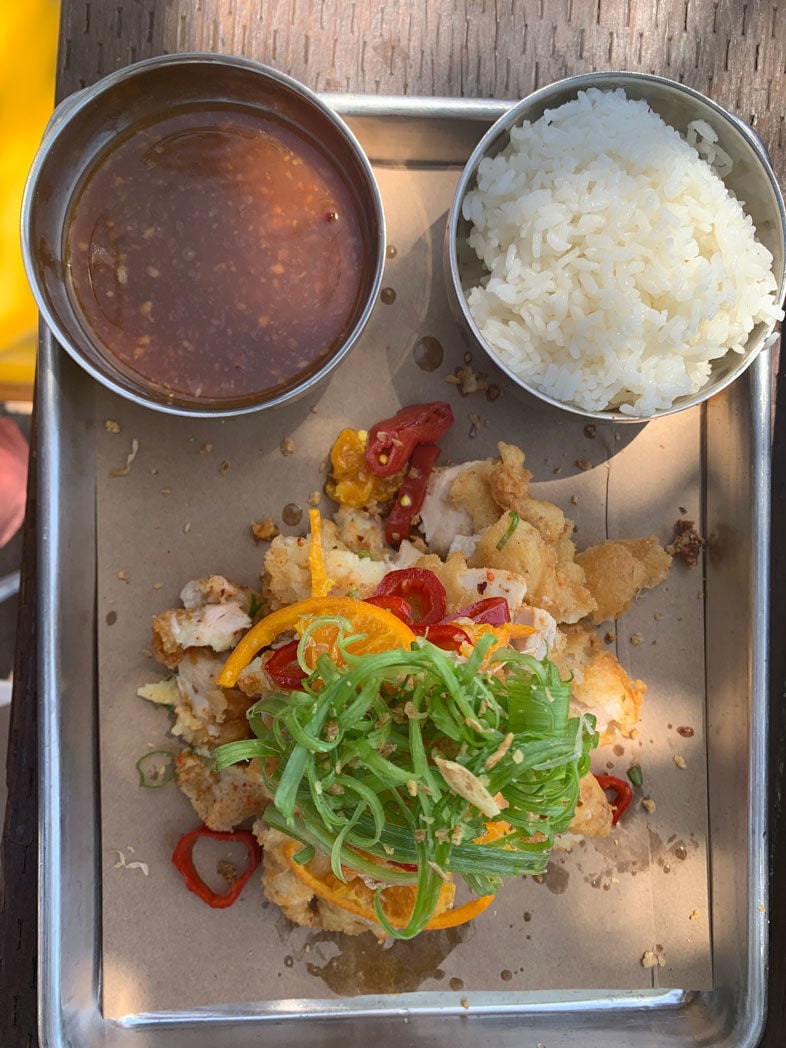 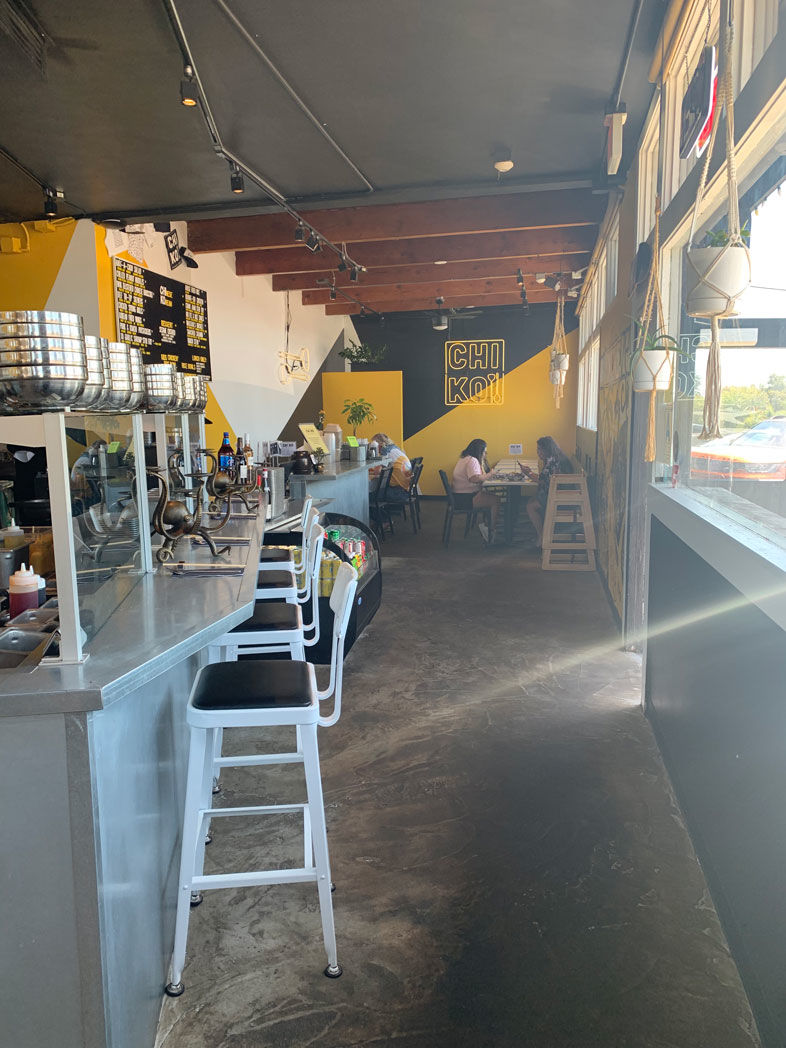 Orange chicken is how you use pieces of poultry to make donuts. At Chinese-ish fast food restaurants across the US, the chicken is deep-fried, then tossed with a sticky-thick goop made of orange juice, sugar (white and brown), and a wholesale disregard of how human health works. The sauce has the consistency of caramel, or Sunny Delight that’s been brought to a simmer and reduced by half.

Orange chicken is about as authentically Chinese as Iceland is. Most credit the American-Chinese-ish classic to Andy Kao, executive chef of Panda Express. He was riffing on a citrus version of General Tso’s chicken in 1987 and ended up with something similar to a few traditional Chinese creations—specifically a Sichuan dish with rehydrated tangerine peel.

For generations, chefs have known the secret to making any dish more appealing to the U.S. market: candy it. Fistfuls of sugar help the Americans go down. US consumption is more sane now, but it peaked in 1999 when we consumed about 111 grams (423 calories) of refined sugar a day.

For Panda Express, orange chicken is its Double-Double, its Big Mac, its Popeye’s Chicken Sandwich—the most popular thing that propelled and sustained a nation of restaurants, put the Express in the Panda. Most people have a love-indigestion relationship with it. We love eating it until the blood sugar spike makes us take a nap in the middle of a lane change.

Maybe that’s why Chiko’s "Orange-ish Chicken" is such a revelation. The chicken is lightly battered and fried. Instead of being lacquered in sugar, it’s accompanied by thin slices of candied mandarin (with peel/zest and juicy-fresh flesh), crispy garlic, and their trademark salt blend. It’s salty-sweet-savory, without having a glycemic index that leads to inflammation best described as "inflatable gorilla at car dealership." They serve their riff on that orange-sugar-soy-vinegar-ginger-chile sauce on the side, so you can decide how nappy you want to be today. It’s orange chicken for the new generation that no longer drinks soda out of wheelbarrows. Doesn’t taste like a diet by any means, though I’m sure it’s not particularly healthy. It just isn’t grotesquely unhealthy (a serving of Panda Express orange chicken has 19 grams of sugar, nearly 20% of RDV).

Chef Scott Drewno is an unashamed lover of the specialty. He spent a decade as executive chef of Wolfgang Puck’s restaurant, The Source, and would make a riff of it for staff meals. When he and chef pal Danny Lee (who helmed D.C. Korean diner, Mandu) put together this fast-casual concept (the name says it all: "Chi" for Chinese, "Ko" for Korean), the Orange-ish chicken became the Lebron of their menu.

Last year, I queried the city’s top chefs for their favorite new restaurants, and a shocking number named Chiko. My initial reaction was, a fast casual chain from D.C.? Dear sweet Jesus I’ll watch your kids so you can get out more. Is your favorite new winemaker White Claw? But I’m open-minded. This isn’t a chain in the sense most know it. The thin sideroad outpost on the border of Encinitas and Leucadia is just the third. Plus, those chefs have a great pedigree. Real cooks, not number-crunchers Googling recipes for bang-em-out food venture.

Chiko Encinitas has a dirt parking lot on the side. Food tastes better at restaurants with dirt parking lots. Some might say it makes an establishment look cheap. Others (me) say it lends the restaurant a rugged no-BS appeal, a joint that doesn’t give damns about trivial stuff, like asphalt or your suspension. You immediately imagine a chef who cooks food to eat, not Instagram. A person who punches the clock at the end of the day and rides off on their loud motorcycle to check on their family, who are all at home in the Airstream growing beards. Plus, there aren’t any paved roads in Texas, and Austin managed to become the Coachella of food.

Chiko’s servers want me to cue up Avril Lavigne, all young women with tank tops and backwards trucker hats. They look like they can ollie. They’re friendly, helpful, knowledgeable. Order at the counter. They’ll give you a metal bowl on a metal tray like in jail. But with chopsticks, so like a wealthy person jail.

Order that Orange-ish chicken. Also the pork and kimchi potstickers. The fermented zing of that artisanally old cabbage is the perfect foil for pork fat, rounded out with sesame dipping sauce. The other two lunch dishes I try are not quite as grand. The cumin-lamb stir fry is all deep notes (wheat noodles, braised lamb, caramelized shallots), begging for herbs or spice or acid. Prefer my cumin-lamb noodles swimming and angry, like at Xian Foods in NYC. And pulled pork on the "Bo-SSamy" is too American-sweet, even bullying the kimchi slaw and the ssamjang (fermented soybean paste, an awesome Korean staple).

But that Orange-ish Chicken. That’s a dish worth misspelling Chico for. Add a couple of real-deal chefs still at the small, quality-over-everything stage of their expandable concept, and I understand the allure.