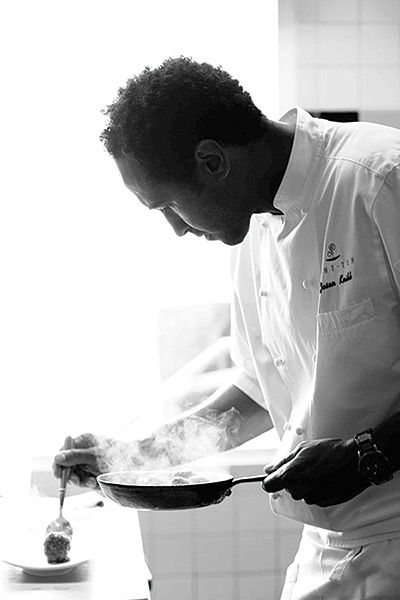 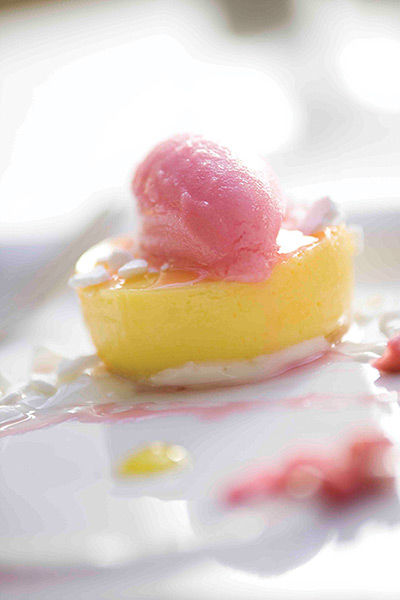 Typically, locals eschew hotel restaurants, which are generally thought of as fueling stops for travelers and tourists rather than highly regarded dining destinations. However, I firmly believe, after much taste exploration, that San Diego’s hotel eateries can be considered an exception to the rule.

A handful of the county’s best kitchens can be found on the ground floor of our local hotels, from Coronado to Rancho Bernardo and neighborhoods in between. One of my almost-never-fail favorites is Nine-Ten in La Jolla’s Grande Colonial Hotel, located within strolling distance of La Jolla Cove. Its appeal lies in the ability to suit my different dining needs. Entertaining out-of-towners who want a wine-and-food-pairing extravaganza? Meeting a friend for Happy Hour but starving for a meal, too? Craving a great burger and a craft beer? Nine-Ten delivers on all of the above.

The three-course Market Dinner feels and tastes like a treat you don’t necessarily have to save for a special occasion. For $45, you can create your own meal with any items on the menu — except the Jamaican jerk pork belly. On the plate, plump cubes of jerk-­marinated pork belly, braised until succulent and then fried to a light crisp, are draped with squares of habanero-infused gelatin that melt over the meat to form a spicy glaze. Sweet-potato purée and a garnish of black-eyed peas, fried plantains and baby carrots echo tastes of the chef’s Jamaican roots, but the preparation and presentation is wholly Californian.

Knibb demonstrates great skill with seafood, succeeding in keeping local swordfish (which has a tendency to dry out) juicy and knowing not to overwhelm a mild fish like halibut with strongly flavored accompaniments. One springtime combo accentuated the sweetness of the fish with snap peas, English peas, buttery leeks and lightly frothed almond milk. And Knibb is just as capable with meat; his rack of lamb, slow-roasted to a perfectly rosy medium-rare, is satisfying, thanks in part to salty bits of lamb pancetta. Curls of cooked-until-mellow orange rind give the dish a soft hint of citrus.

Don’t skip dessert, since executive pastry chef Jack Fisher puts equal creativity and sensitivity to seasons into his sweets. I dedicated myself toward perfecting panna cotta after tasting his exemplary version. Other admir­able creations by Fisher include a spiced crumb cake with caramelized bacon, roasted apple and butternut squash ice cream, and a Meyer lemon tart with olive-oil jam. He’s also a fine chocolatier, so your post-meal bonus will likely be a truffle or two from his eponymous line of chocolates. Worth noting: Knibb and Fisher are well-respected among their peers and the public, managing to win accolades and become recognizably food-famous without flashy personalities or big PR blitzes.

If you don’t want to go all-in for the full meal experience, sit in the bar area; that menu is interesting enough for a stand-alone eatery. There’s luscious house-smoked salmon, panini stuffed with braised short ribs and onion marmalade (held together with melted aged Cheddar) and tender lamb meatballs, studded with raisins and pine nuts and sauced with San Marzano tomatoes. I can often be found, craft beer in hand, at the bar, awaiting a Nine-Ten burger topped with Point Reyes blue cheese in a homemade brioche bun.

On Wednesdays, avail yourself of the half-price bottles of wine. And if need be, take advantage of one of the benefits to dining in a hotel: In case you have one glass too many, a quiet room with a comfy bed is just a few floors away.