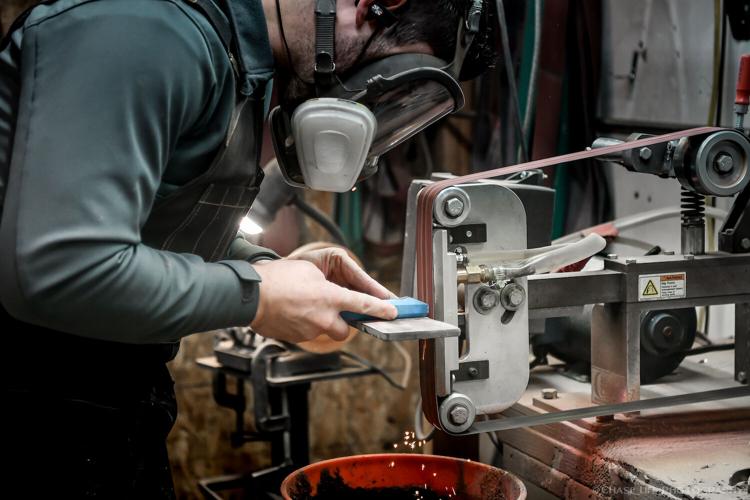 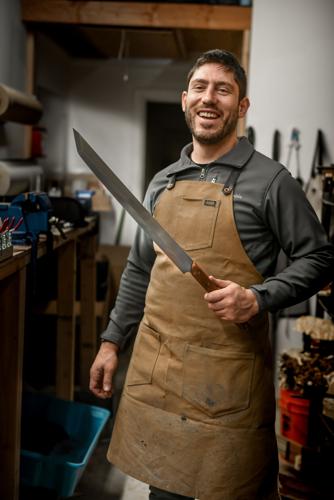 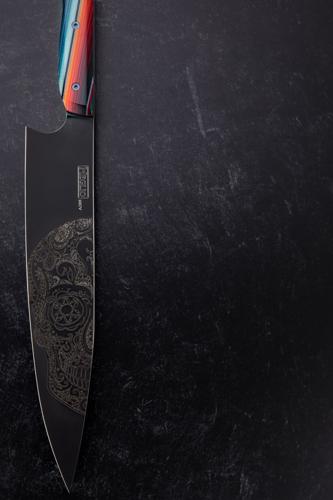 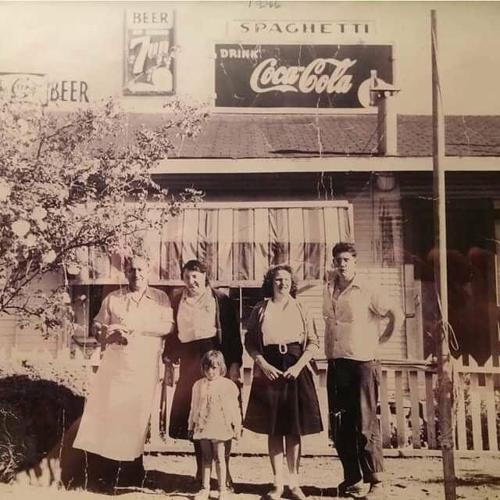 In Brandon Hampton’s dim office, a fan whirs and his pet snake—a black and white 7.5-foot-long Argentine Boa constrictor—lies coiled and unmoving in a huge glass case. “When we got her, she kept licking the heat lamp, so we named her Brick, because ‘Brick loves lamp,’” he explains, a nod to actor Steve Carell’s character in Anchorman.

We’re at Hampton’s workshop in an industrial part of Escondido, home of Meglio Knives, where Hampton works as owner and lead knifemaker. Right now, he’s got a 100-person waitlist for his custom knives. In a different universe, though, he might have been a lawyer. “I graduated and went to law school and failed out because all my notes were drawings of knives,” the North County native says.

“If you don’t use your knife, send it back. I don’t want my knives in a safe."

To fund his undergraduate history degree at CSU San Marcos, Hampton took up work at Strider Knives during the late 2000s. The company amassed superlative status among the armed forces and tactical knife communities in the 20+ years Strider was in business.

Hampton worked primarily under Duane Dwyer, business partner of owner Mick Strider. “He’s a material science guy. He taught me application-specific uses for different types of steel,” Hampton recalls of his mentor. They still hang out and drink whiskey together. Before that, in high school, he sold kitchen knives at a mall.

Growing up, he often helped out around his family’s Italian restaurant in Escondido. His great grandparents ran Laura Scardino’s on Escondido Boulevard and 10th Avenue. It’s a mariscos spot now, but back in the 1940s, great grandma Laura sold pasta and lasagna out of her house. “Servicemen would walk by and smell her cooking,” Hampton shares.

In the ‘70s, they tore down the house and built two buildings: Laura Scardino’s the restaurant— where Hampton would spend much of his youth wandering into the kitchen— and a smaller residential house.

“I remember going back there and making garlic bread pizzas. I was not a thin child,” he admits. His Mexican-Italian mother and tias taught him to cook. When he’s not cooking or working these days, he’s roving the county for good eats, such as Lola55’s tacos and beans and Izola bakery’s Tahitian vanilla knots.

Hampton’s also got words for those who think of San Diego as anything less than a dynamic food hub. “I hear a lot of bougie chefs get really critical about the food scene in San Diego, and I’m like, ‘speak for yourself, man.’”

During Meglio's infancy, Hampton cycled through a number of paying jobs. There were shifts at UPS, a 9-to-5 as an admissions counselor, and a stint at a medical device company. In between, he spent just as much time in his shop “grinding away til the wee hours.”

Back then, Hampton visited a lot of restaurants, pitching his wares one by one, asking for feedback and making some industry friends along the way. Though it took a while to get his knives into the chef community, his clientele now reads like a best of list, including Chef Tara Monsod of Animae and Chef Accursio Lota of Cori Pastificio in North Park, a 2020 Best Restaurant winner.

However, the admin required for custom orders can be overwhelming. So, once he gets through his waitlist, he’ll focus on his production line of chef’s and paring knives for everyone, not just professional chefs.

Unless of course, someone’s got a good challenge for him. Need a left-handed eel knife, for example? Hampton is in—as long as the knife actually gets used. “If you don’t use your knife, send it back,” he says. “I don’t want my knives in a safe.”

And although Hampton clocks in considerable elbow grease designing, grinding, and shaping metal, he doesn’t consider himself an artist, but a craftsman.

“I make a tool,” he says. Compared to art, which is meant for emotional evocation, he believes, “there’s definitely a wrong way to make a knife. If it doesn’t cut, I’ve failed in my task.” On the other hand, “Seeing [chef] Tara create what she creates and knowing that she’s got my 8-inch Gyuto in the back just tearing it up, and my offset fillet back there… ” Hampton trails off for a beat. That’s art.