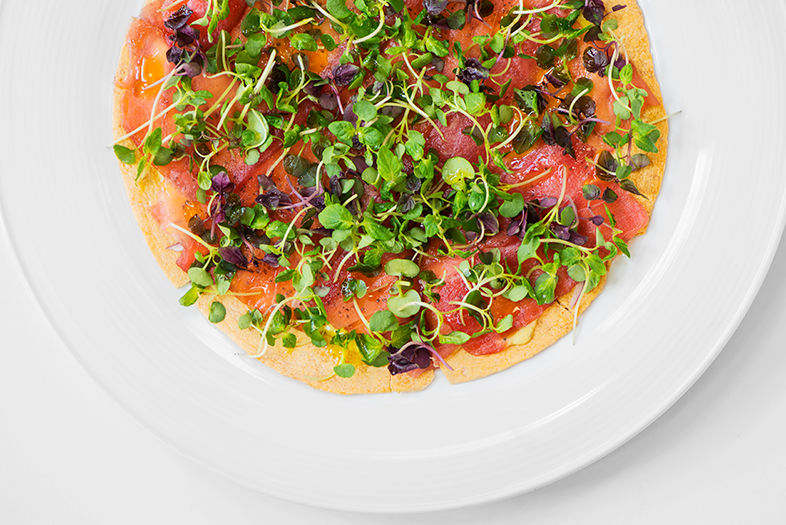 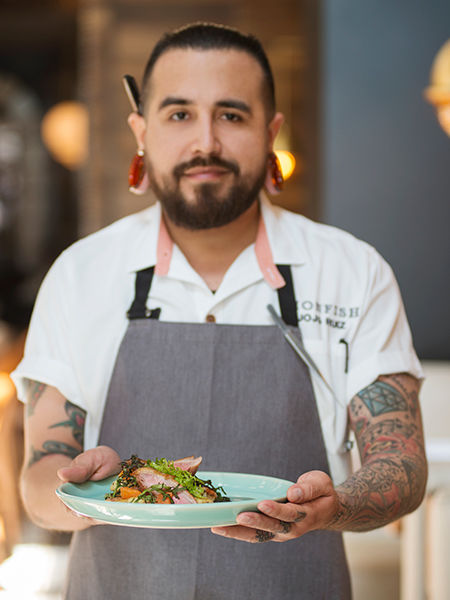 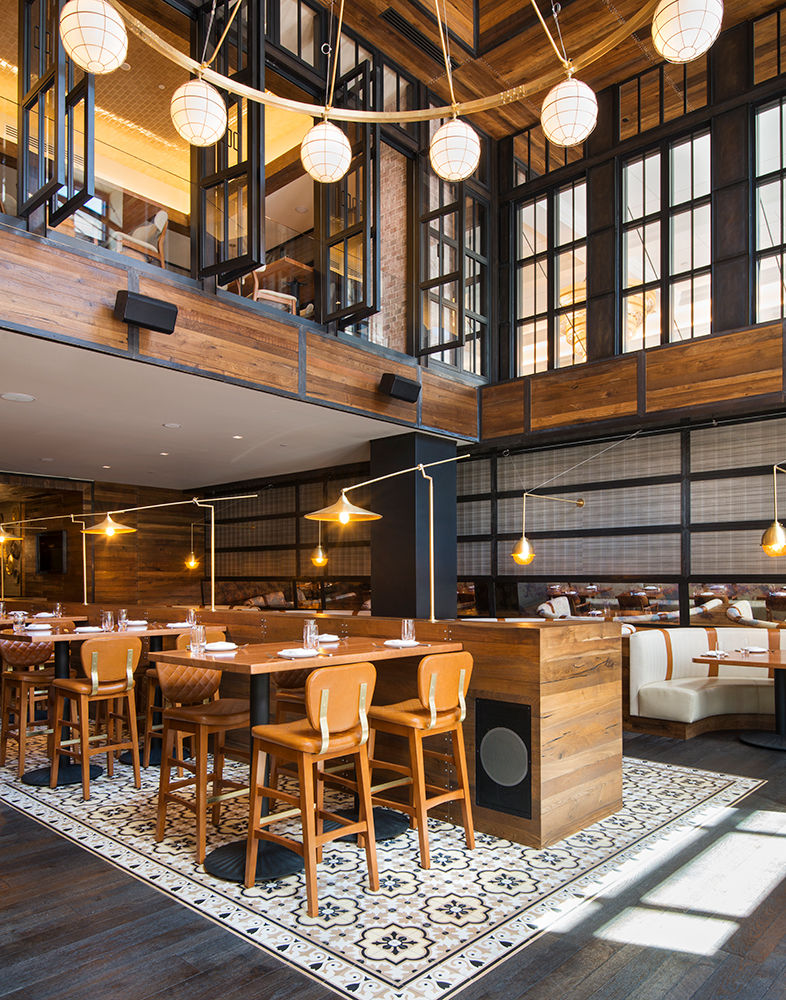 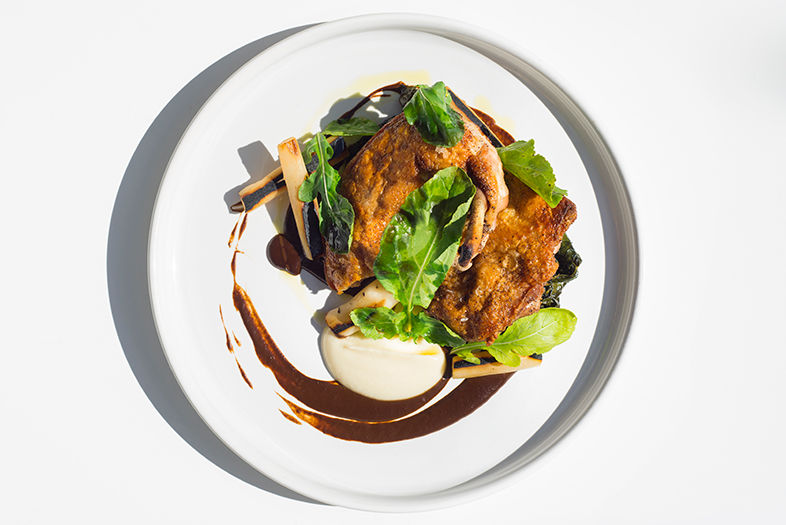 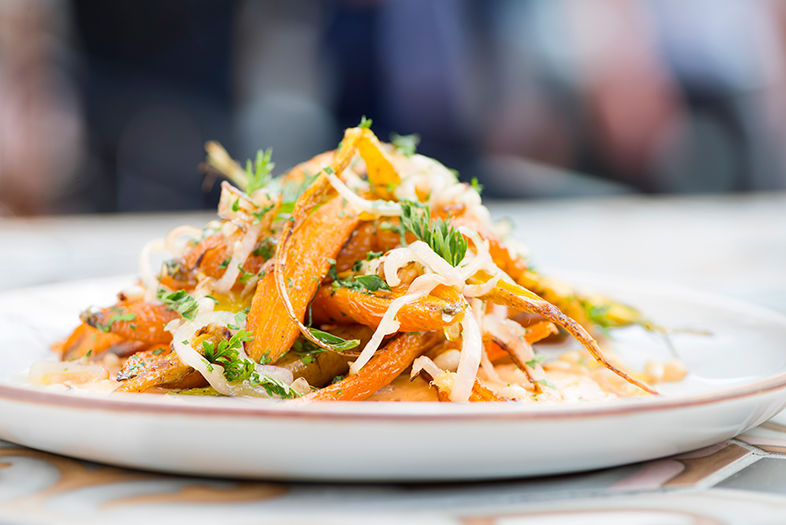 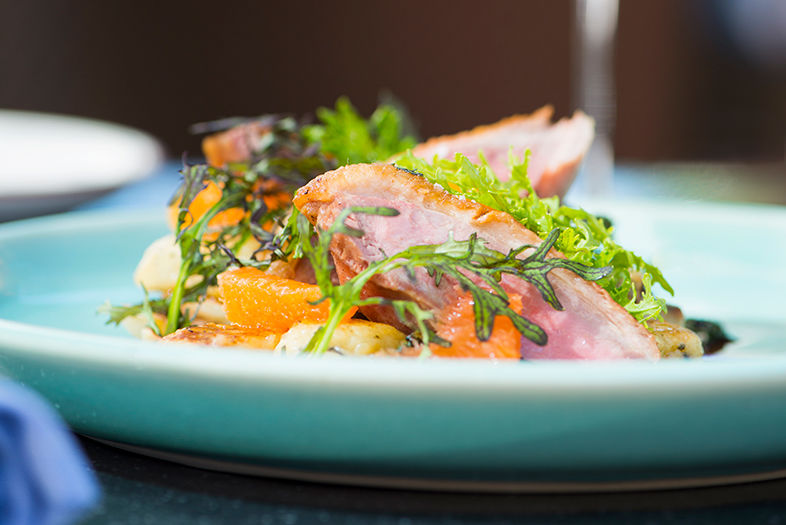 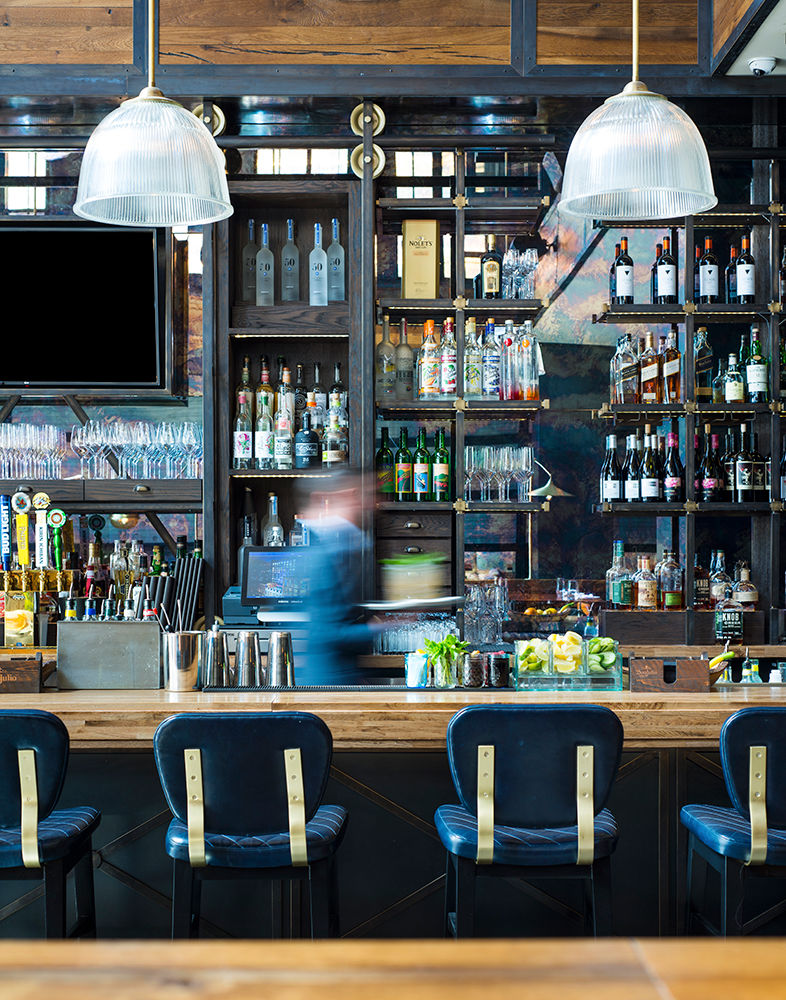 Outsiders don’t do well in San Diego. It’s not like we see strangers and shutter the windows and drapes and draw our kin close. We simply mock them under our breath like normal city people. We’re not afraid of change. We simply want the right kind of change.

San Francisco has its multicultural chicness. Los Angeles has its beautiful actors and world-class cults. And San Diego, after a long period as the nation’s tourist kiosk, has finally crafted its own identity. We are the keepers of the real. We are the anti-glitz. Big sunglasses make our eyes feel awkwardly small. Our billionaires wear thousandaire clothes. We don’t make it rain—which might explain the drought.

And the one city that does the exact opposite? Vegas. Vegas isn’t awful. Okay, okay, I’m being humorous. It is awful. Or at least the Strip is. But we appreciate its awfulness, its gaudiness, the way it waves its money like a bathing suit that’s—oopsie—lost its owner. Because that’s what Vegas advertises. A weekend when we can all pretend we’re a one-percenter, rolling joints with our money and spending it on silly, frivolous, beautifully shiny things. There’s pleasure in unbridled hedonism, even if we have to save up for it and can only sustain it for two to three days because, well, insolvency and moral decay.

We love Vegas. We’d just prefer it stay there.

So when a Vegas Strip hospitality group makes its entrance onto a premier plot of San Diego land, we’re ready with the fork. Not a pitchfork. We use regular, classy forks to drive monsters out of town. The group is Clique, a Vegas-based nightclub and restaurant operator. One of their "hottest" operators. And we don’t like "hot" things, either. Please ship all hot things to Silver Lake.

I didn’t expect a leopard tied to a magician when I went into Lionfish for the first time, but I did expect a lot more gaudy things. It really chaps my hide when people fail to live down to my wide-berth stereotypes.

The tall, letterbox windows that collect the San Diego sun on the facade are pretty much the most ostentatious thing about the place. The booths in the bar have large spaces between them, as if designed to harness discreet conversation instead of moolah. It is, simply, one hell of an elegant place—warm, dark, comforting, understated, and mysterious. Like dining in a bottle of good scotch.

The dark woods bleed their warmth into the tan leather chairs of the main bar area. Brass light fixtures with runway-model necks softly light the place. There’s a series of pulleys over the bar, and the glass has that burnt and oxidized finish that adds years of lived-in appeal to your craft cocktail experience. The drinks are excellent, like the Fool’s Gold, a tiki ode with Atlantico Reserva Rum, Pierre Ferrand Dry Curaçao, orgeat syrup, passionfruit chile gomme (a turn-of-the-century version of simple syrup, thicker and better), and yuzu citrus. Or the Rice Paper Scissors, with Hendrick’s Gin, junmai ginjo sake, Pimm’s, yuzu, dry cucumber soda, and ichimi togarashi (pepper flakes) syrup. In their denim-and-leather aprons, the bartenders seem dressed sturdily enough to weld something.

Lionfish is the signature, 150-seat restaurant at the bottom of the 12-story, 317-room Pendry Hotel, which is run by the esteemed luxury hotel brand Montage. It’s a big project, with big names and big budgets and prime real estate at the corner of Fifth Avenue and J Street in the Gaslamp. With their vast resources and clout, Montage and Clique could’ve paid handsomely for a sexy, household American name to put on the menu—like a Vongerichten or a Savoy.

Instead, they did the sexier, more modern thing and tapped a local talent, JoJo Ruiz, for their seafood-heavy menu. Ruiz, a Chula Vista native, has been rising through the ranks in town for a few years, starting as a sushi chef at Oceanaire, then chef de cuisine at Searsucker, and most recently Ironside Fish & Oyster. He knows how to cook a fish, and how to serve it raw.

From the cold plates appetizers, however, it’s his lamb tartare that steals the show, served with golden beets, arugula, fennel, vadouvan yogurt, and lavash bread. The vadouvan (usually shallots, onions, fenugreek, curry leaves, and sometimes garlic) is phenomenal, acting as a creamy curry substitute where a quail egg yolk might usually go. Also the bigeye tuna pizza. It’s such a simple dish, executed the best it could be: tuna flattened onto crispy flatbread, seasoned with truffle mustard, red onions, and micro shiso, a traditional sushi herb with a refreshing scent of cloves. The spicy octopus is hit and miss, grilled and served in a house-cured sambal. One night the sambal is too alive, too caustic, possibly due to insufficient fermentation time. The next night it’s perfect. The lobster carpaccio doesn’t work as well, as the silky ribbons of meat are plastered a bit too much with browned butter aioli, needing a sharp note the sherried ponzu can’t provide.

I did expect a lot more gaudy things. It really chaps my hide when people fail to live down to my wide-berth stereotypes.

I’d steer clear of the duck confit tostadas, which are bland and unappointed, topped with an obscene amount of cabbage in foie-gras crema. The crema sounds tempting, but the dish screams for an acid, a cilantro, an onion, a little capsaicin, a little anger and violence.

Glazed carrots, once the bane of America’s Hungry-Man TV dinner existence, are making a very welcome comeback. Ruiz’s sing with yogurt, a carrot-top chimichurri, and pine nuts. His sunchokes are also good, as long as you know what chicory is. (It’s bitter, which is a nice balance to the nutty sweetness of the sunchokes.)

From Lionfish’s small portion of entrées, we find nothing but excellence. First, the chicken. Their Half-Roasted Mary’s Chicken squeezes every bit of talent from the somnambulant protein, with a black trumpet sauce, salsify, black garlic, and Swiss chard. Ruiz also, unsurprisingly, nails the pan-roasted halibut in a simple piccata sauce (lemon and olive oil, plus aromatics), with ramps, fennel, and radish. And finally, his Maple Leaf Duck Breast atones for the tostadas’ shrug, a perfect skin whose intense flavor is amplified by foie butter and a citrus pan jus alongside seaweed potato gnocchi and orange. Duck is one of the world’s tastiest proteins, and most dangerous. Many chefs either leave the skin unrendered or blow-dry the meat till it’s parched. Ruiz nails it.

Lionfish sources responsibly—a big deal, since humanity has treated the oceans like an unattended Halloween candy bowl, selfishly emptying the whole damn thing for ourselves. They serve opah and local catch. If I have one complaint about the menu, it’s the restraint. The first incarnation of Lionfish seems to have its ambitions set to "please" rather than "stun" or "murder with artistic panache." And some of the dishes are very close to or carbon copies of "hits" from other Clique restaurants. Understandable, I suppose. Maybe they’re watching Ruiz walk for a bit. But I’ve seen him run, and it’s nice.

Oh, and the desserts. Instead of working through their shortcomings one by one, I’m just going to say: Make any after-dinner dalliances liquid at this point.

Despite my territorial pissings, I readily admit there is one thing Vegas does better than any city: service. Everyone on staff looks camera-ready. The uniforms are pressed. Bow ties over the folksy gingham button-ups placed just so. They may have a staff hairstylist, because every coif is as immaculately coiffy as can be. And—most importantly, of course—their knowledge of the food is encyclopedic. They talk in food poetry and have a reverence and joy for their kitchen and its details. The only way they could improve is by conducting tableside ancestry tests to determine the right dish for not only you, but the people you’ve lost.

Checks are going to be high at Lionfish. You’re going to pay for a room like this, in a location like this. That doesn’t bother me. I’ve come to terms with the reality that inspired architecture and design are not doled out for free to restaurateurs. You can add it to my bill, and if I require less structural joy, I have less expensive food boxes at my disposal.