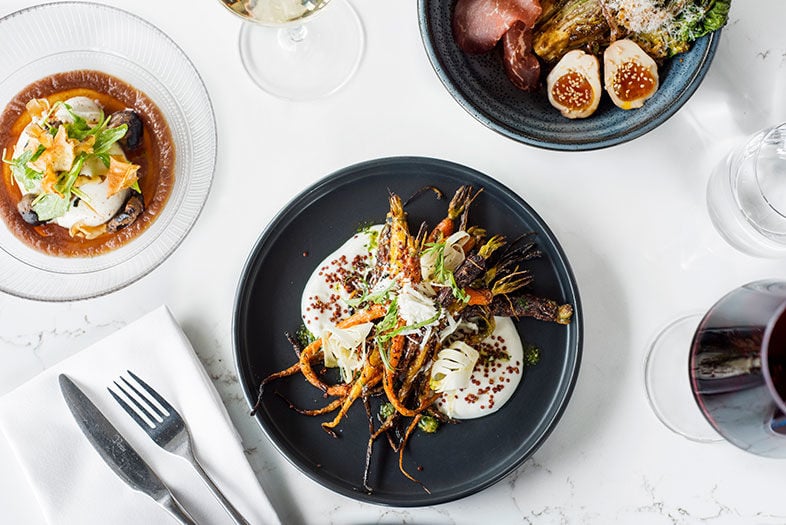 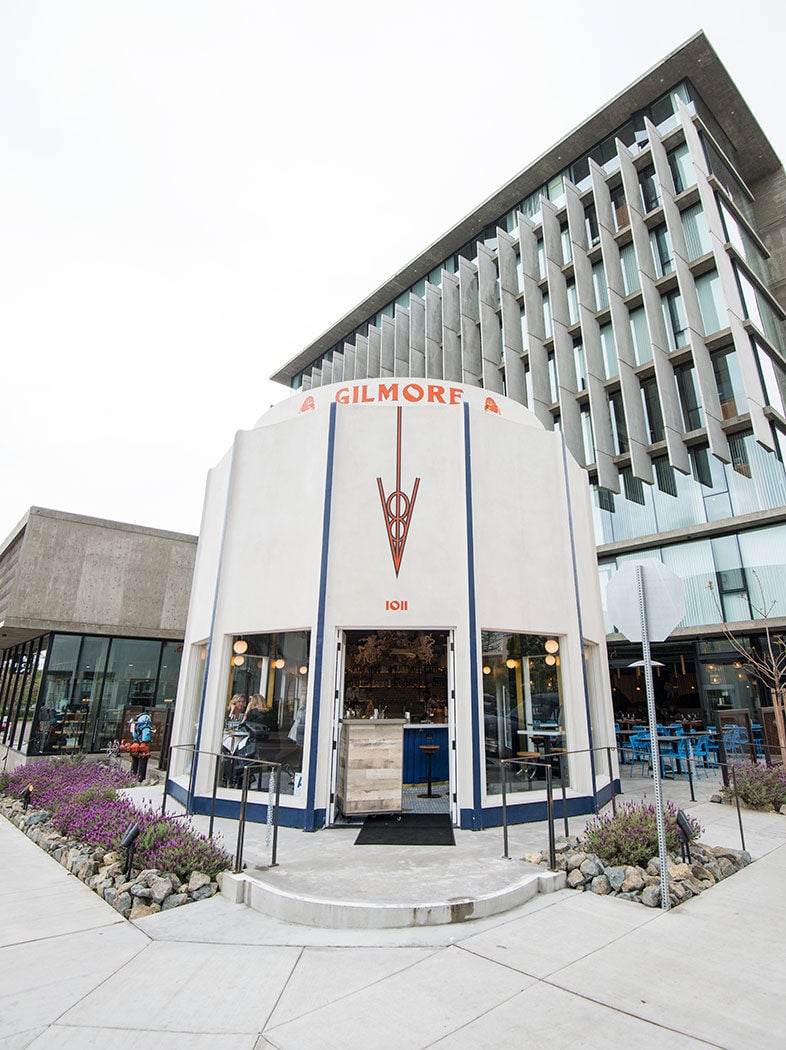 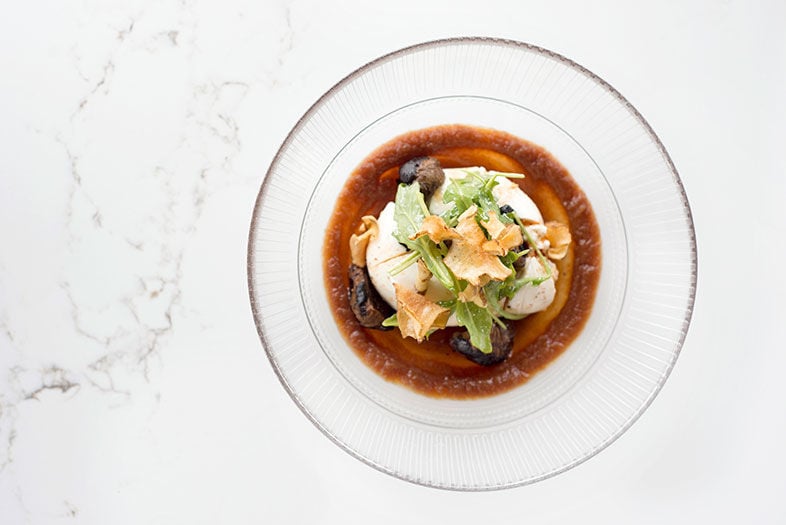 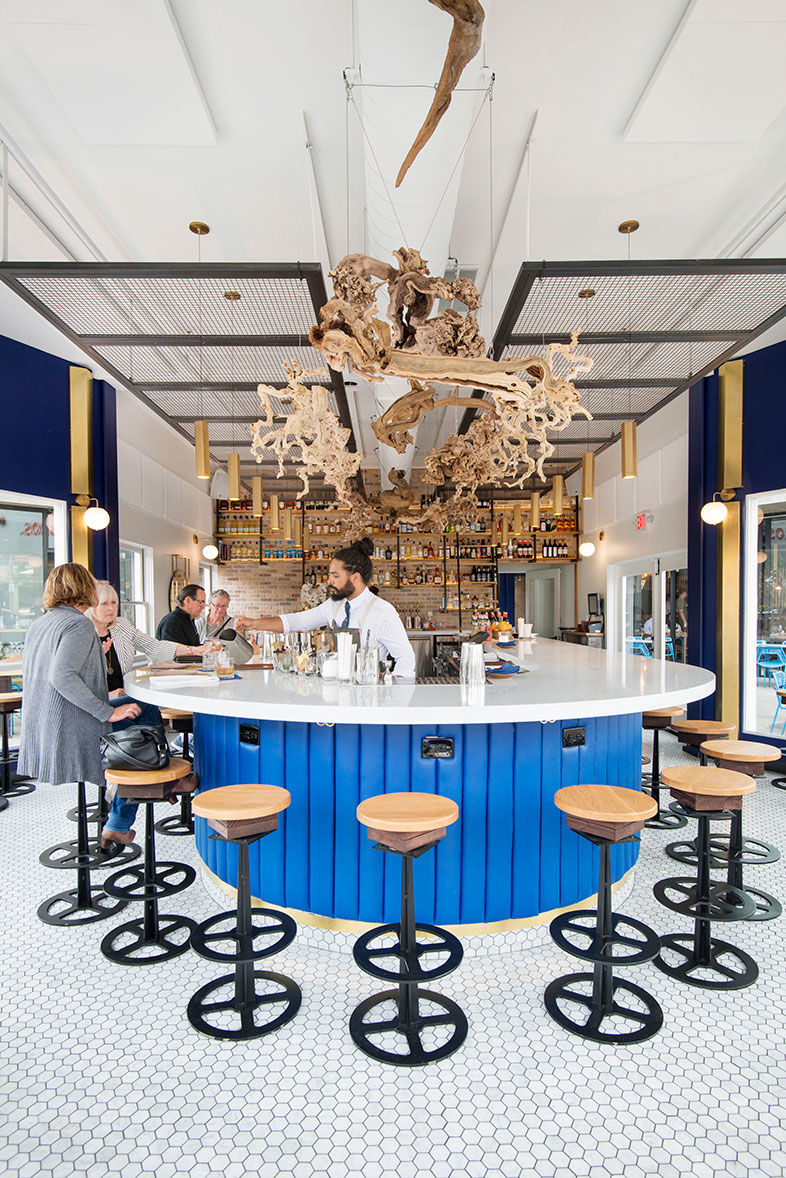 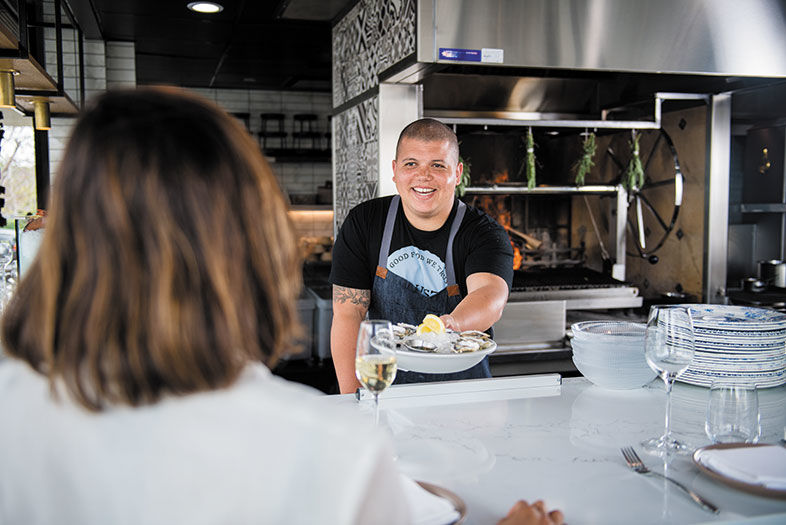 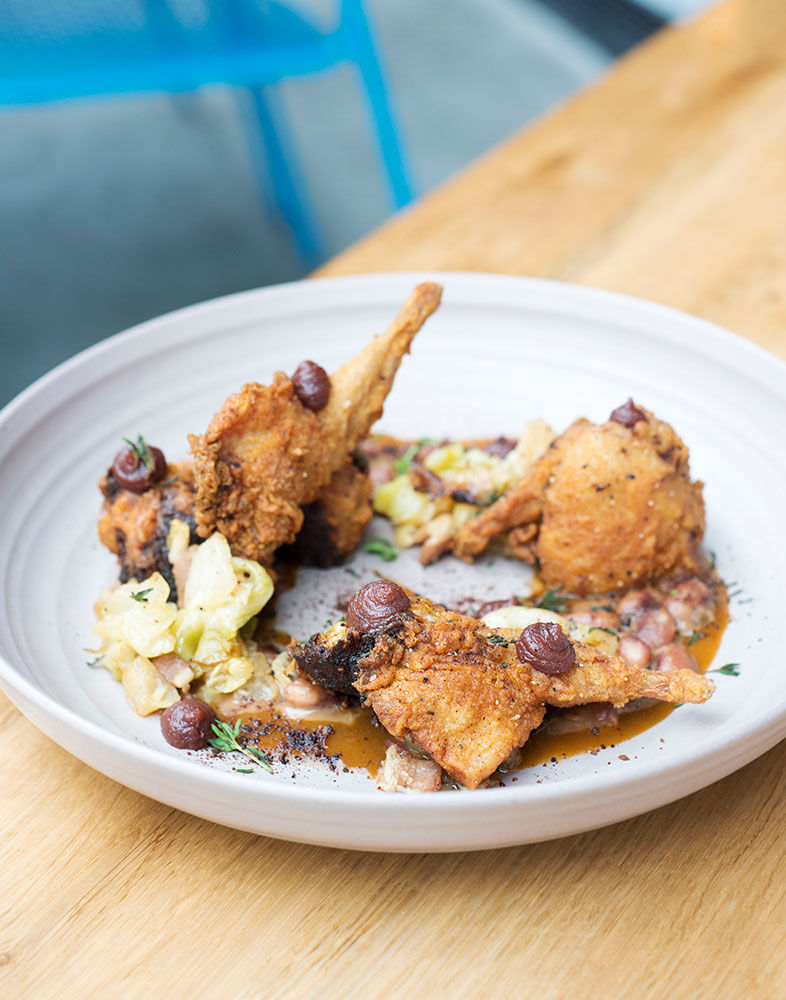 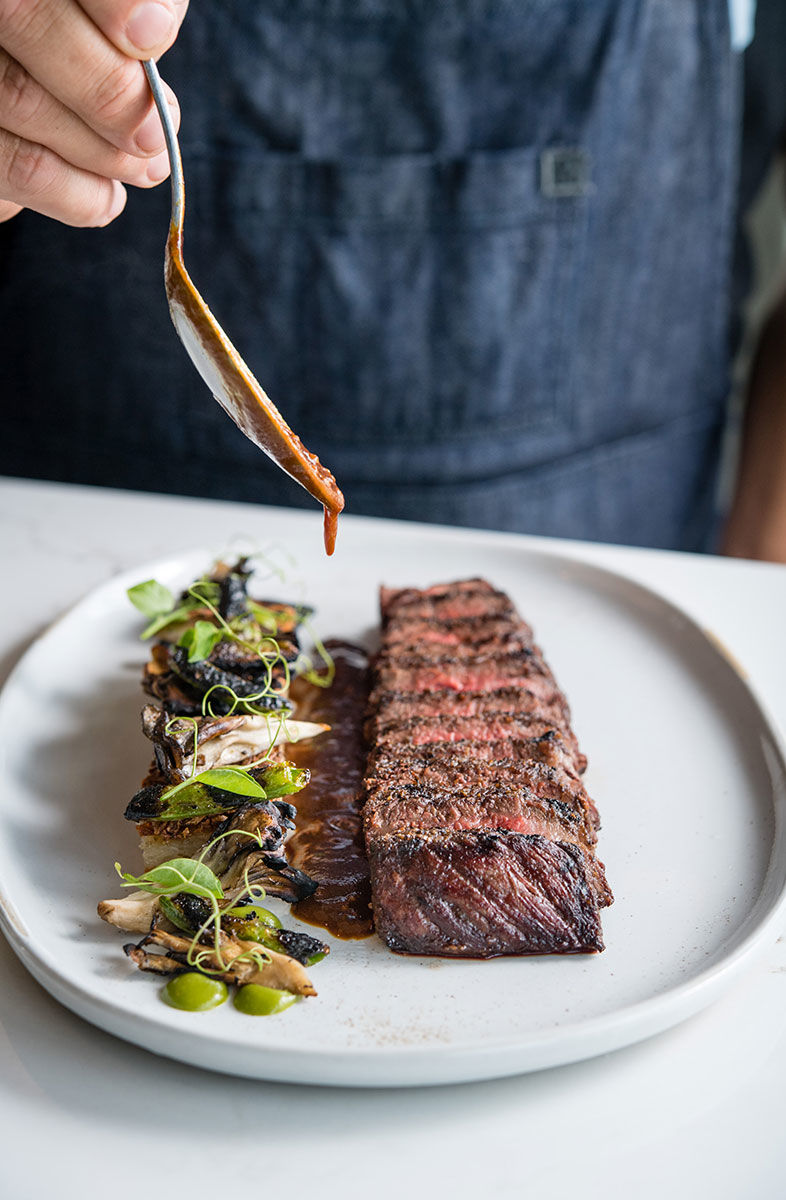 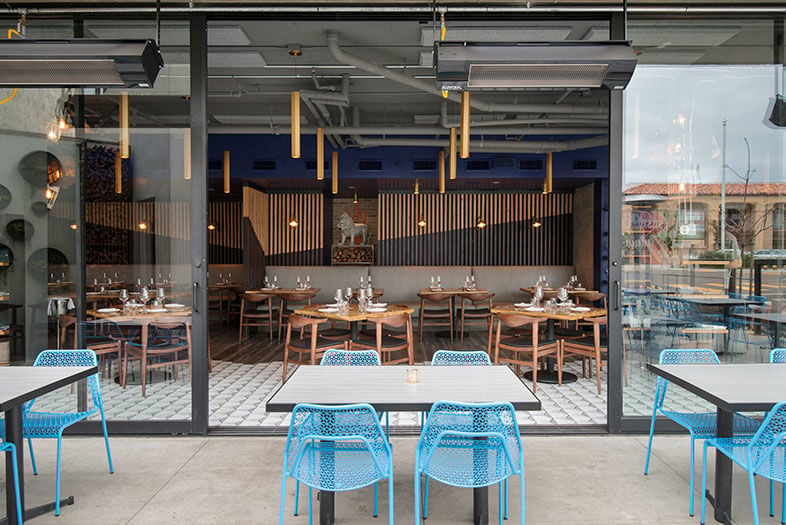 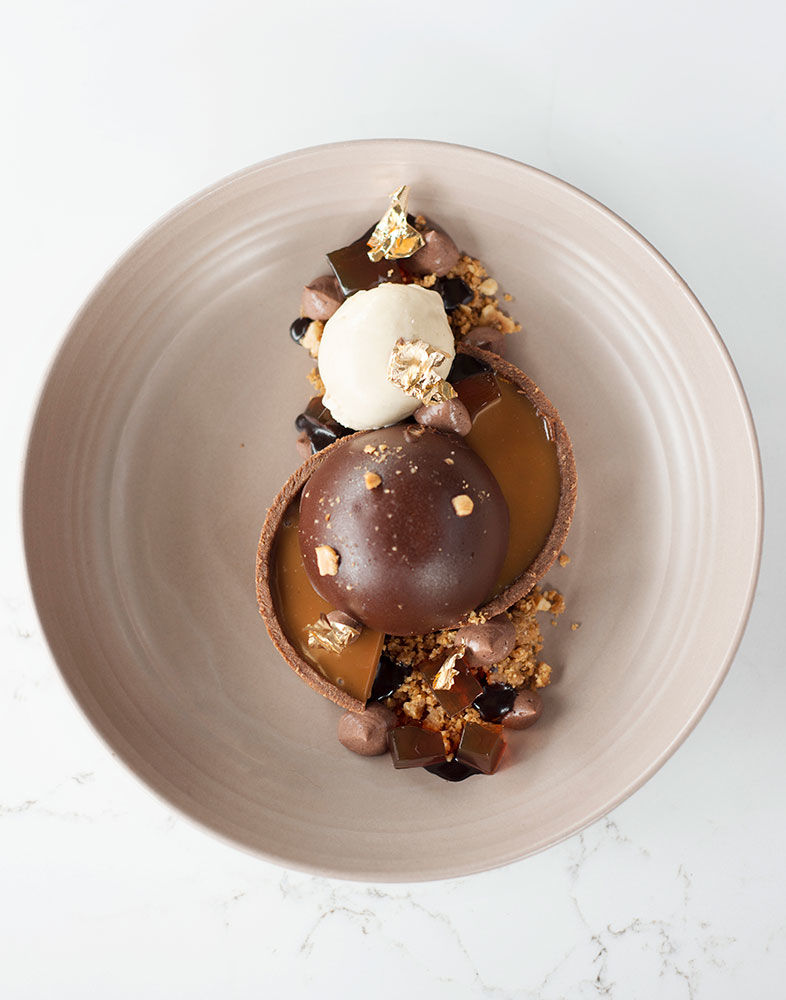 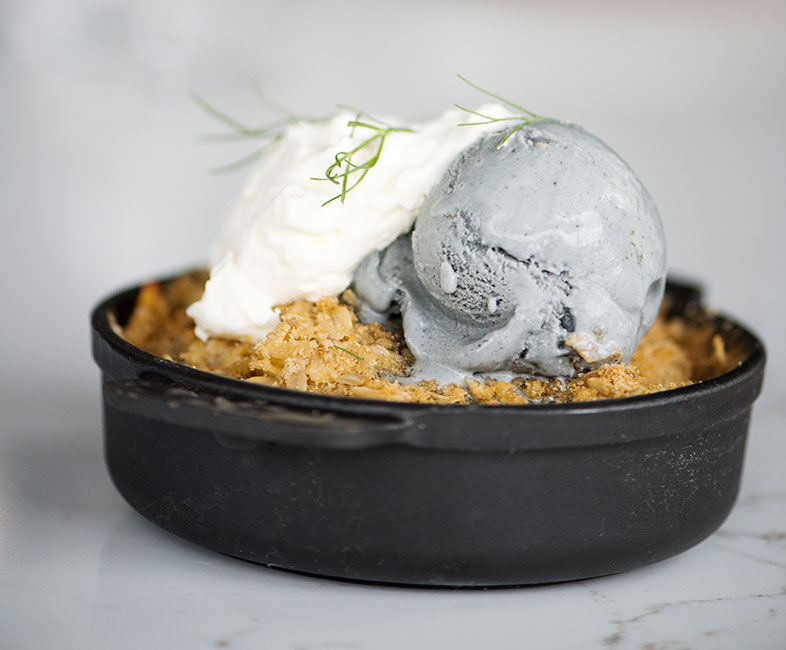 Progress is nice. But in an age when everything is relentlessly new and improved, I increasingly want the old and unimproved. I have an intense need for anything somewhat even remotely ancient. And nothing is more ancient than fire. Living in a smartphone world makes me crave dumb fire.

It’s an instinct 1.8 million years in the making. That’s about the time paleoanthropologists believe the first hominids threw raw food over an open flame and discovered cooking. It didn’t just make meat and vegetables taste better—it was crucial to our evolution as a species. Most foods have nutrients we can’t process in their raw form. Cooking broke those nutrients down—essentially performing the role of an exterior stomach. It allowed us to tap into a treasure trove of nutrients not available to other species. That’s why our brains doubled in size and we came to rule this earth, to the chagrin of those other species.

And how was that food cooked for nearly two million years? Over burning wood. Human culture was built around fire. Entire villages would gather around it for warmth and food, form bonds and social hierarchies and roles. Every sensory element associated with wood-fired cooking—smoke, char, ash—has been deeply stitched into our DNA.

Wood-fired cooking began to disappear in cities in the early 1900s when gas lines became commercially viable. We moved farther and farther away from that ancient meal-smoke. The last few decades in higher-end restaurants has been dominated by sous-vide and sci-fi creations (cheese balloons!), made with anti-griddles and centrifuges. That future food may be wild and fun and mind-expanding, but as eaters we simply don’t have an evolutionary desire for them.

That’s why wood-burning restaurants—from Otium in LA to Lilia in Brooklyn—are booming across America right now. Many of the chefs behind these restaurants saw Francis Mallmann’s episode of Chef’s Table, and it hit them like a ton of hot bricks. For nearly an hour, we watched the famed Argentine chef wrestle with burning wood—to the extent that he came off like a supporting actor to the flames. It was mesmerizing on an epochal level.

And this is the mission of Fort Oak. During its installation into a former Ford dealership on a sleepy corner in Mission Hills, the entire building facade had to be removed so that a crane could lower chef Brad Wise’s 7,000-pound grill inside. A stack of red oak logs stands 15 feet tall next to the central bar (located in an atomic-age circular space that was once a shiny showroom with freshly waxed Thunderbirds).

That grill—a custom Jade Range hearth with Argentine-style grates—is the star of the show at the 16-seat chef’s counter. Whole branzinos sizzle in pans on the lower grate and various vegetables and meats rest on the top grate, taking in the clean wood smoke. Long metal stakes impale pineapples and lemons, smoking the fruit for use in craft cocktails, all of which are named after classic Fords. Try the Fairlane, where gin gets a sprucing of grapefruit, lemon, and elderflower, topped with a touch of prosecco for bubbles. Or the Monaco martini, with French rum, aromatized wine, and Castelvetrano olives.

The chef’s counter is the ultimate experience here, where Wise, chef de cuisine Mark Schmitt (ex–Cucina Urbana), and team cook and plate two feet in front of you.

The stools must be mentioned. They are wide, comfortable, elegant. Too many restaurants right now are crowding their counters with tiny metal stools whose comfort level is somewhere between not good and medieval torture. If given the option, however, skip the seats directly in front of the cauldron of the grill. The room’s beautiful pane-glass walls don’t open, so this summer they may need to hand out free SPF and damp towelettes.

It’s a good idea to start with the raw bar—Old Bay prawns, oysters, Jonah crab claws—and slowly nibble it through the meal as a relief, because they’re some of the only items at Fort Oak not smoked or grilled.

Remarkably for a chef who made his name with roasted proteins at the group’s first restaurant, Trust, it’s Wise’s plant cooking that shines the brightest. The natural sugars in carrots explode when charred, and here they’re roasted and tossed with tarragon vinaigrette, spicy pickled fennel, dehydrated quinoa for a crunch, carrot-top pesto, shaved Humboldt Fog goat cheese, and a yogurt that’s cold-smoked for five hours. That’s neck-and-neck for best garden dish with the charred baby gem lettuce, wet with a black garlic and anise dressing, saddled with housemade 90-day bresaola, a seven-minute ramen egg, shaved Parm, and Parm crisp. Also try the grilled caulilini (a cauliflower-broccolini hybrid) in a shallot vinaigrette. The fermented chili aioli—spicy, floral, with the deep umami only fermented foods can attain—makes the dish, as do the sweet-tart pops of currants.

Co-owner and general manager Steven Schwob is the other reason Fort Oak is an attraction. He was trained in fancy Vegas institutions and Addison Del Mar. He orchestrates the room like an obsessive engineer, charting to make sure all pathways are clear and the staff all move in the same direction so there’s never chaos on the floor. His servers can recite poetry about each dish, down to the farm and the cooking technique. In the current restaurant climate that’s getting rid of costly servers and going all grab-and-go, their service echoes back to an era when diners, beleaguered from work and life, could feel pampered for a couple hours.

Wise is not subtle. Every dish is a flavor riot. It’s thrilling for individual creations, but can be overwhelming when ordering multiple, which the menu encourages. For instance, the clams and mussels broth (white wine, housemade chorizo) is intoxicating, but it’s served with rouille toast smothered with saffron aioli and cheese. Two steroidal flavors compete and cancel each other out.

That said, we try 21 dishes over two meals and, genuinely, find only one we wouldn’t gladly order again: the hamachi poke. Poke should let quality seafood be the star, the dressing a complementary accent. But the yellowtail is drowning in poke sauce made of soy, rayu (Japanese chile oil), fermented chiles, and rice wine vinegar. They’d do well to tread lighter here, and overall to have a few more bright-and-light dishes to offset the awesome roast-and-smoke of the rest.

Oh, and we have to talk about the plating of the rabbit sausage—which comes out in a coil resembling, well, a turd. Doesn’t matter how good it is with the apricot mostarda (it’s very, very good). I’m a generally unsavory person who’s hard to repulse, but this dish comes close.

At Trust, the oxtail raviolini was the swooner; at Fort Oak it’s the cavatelli—an al dente pasta made of goat milk and ricotta cheese in a white wine and truffle stock, tossed with housemade spicy fennel sausage, charred broccoli, and grana di capra (goat’s milk Parm).

Their burrata is listed on the savory menu, but really belongs with desserts: The softball of creamy cheese rests in cinnamon-rich housemade apple butter and sunchokes—both roasted and as chips—in a citrus vinaigrette and hot honey. We demolish it in a feral, desperate way. I’ve tasted burrata prepared hundreds of ways in San Diego, and this is my favorite, even if I’d prefer they include toast points.

For entrées, the Australian Wagyu is worth the price ($44)—the shoulder fillet cooked perfectly rare-plus and sliced, finished with sea salt. The meat stands on its own but induces inappropriate food moaning when dipped in the sauce Robert (Dijon-infused demi-glace). A Gonestraw Farms chicken is done two ways—breast sous vide then pan-seared, leg confit in duck fat—with porcini gnocchi, coal-roasted trumpet mushrooms and a chicken demi. Pork chops are often my least favorite order, since chefs still overcook it out of outdated concern over pink meat. But Fort Oak’s is luscious and blushing, served with a sweet black garlic sauce with just the right amount of funk.

Do not skip dessert at Fort Oak. Pastry chef Jeremy Harville is special, and shows off best with the gianduja tart—a chocolate shell filled with hazelnut cheesecake, topped with caramel gel and a scoop of banana ice cream, hazelnut streusel and coffee gelée. For something different but delicious, try the apple-fennel crisp. Granny Smiths and diced fennel are tossed in brown sugar, cinnamon, and salt, baked under an oat streusel, and topped with vanilla-oak ice cream (the heavy cream base is infused with oak embers to create a smoke-colored scoop) and ginger chantilly. They also riff on 1980s Costco star Otter Pops—fresh fruit sorbets served in those trademark plastic tubes with scissors to cut off the tops.

Fort Oak is about as good as it gets. Not just here. Anywhere. They bring a four-star skill set to a quiet San Diego neighborhood and to simple, ancient food of smoke and fire.