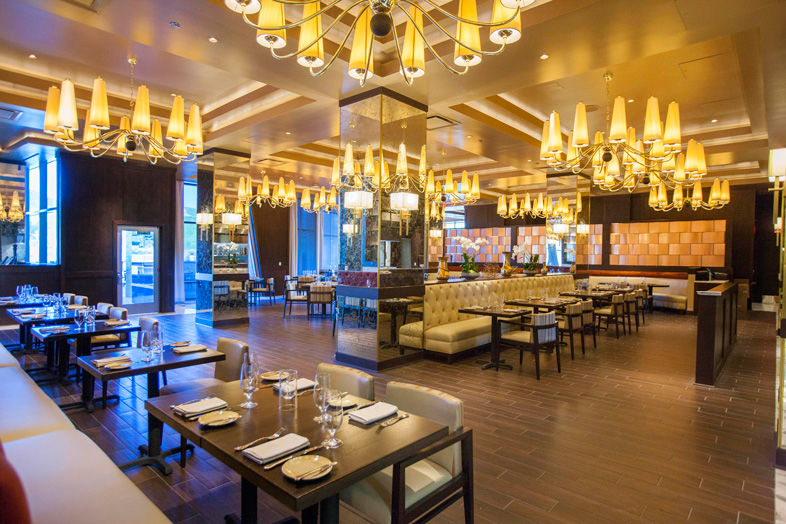 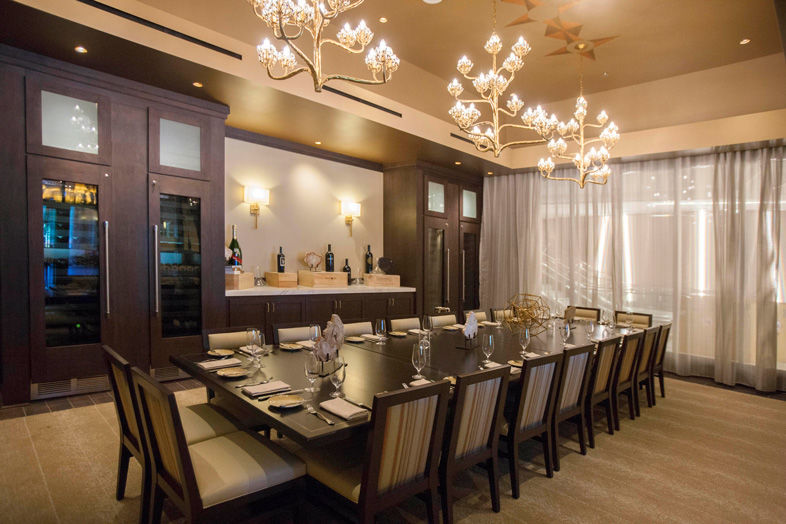 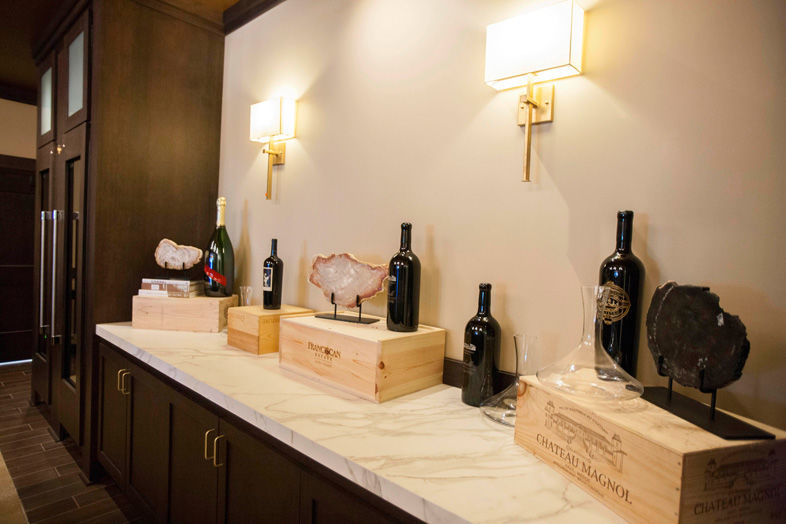 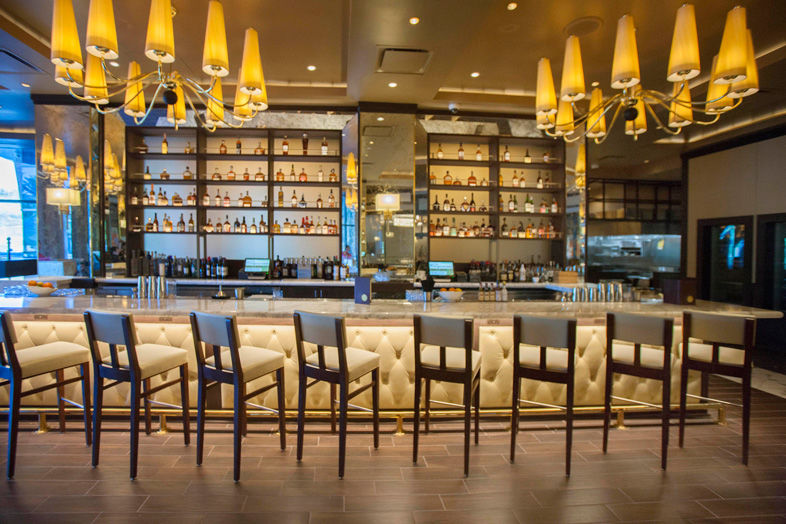 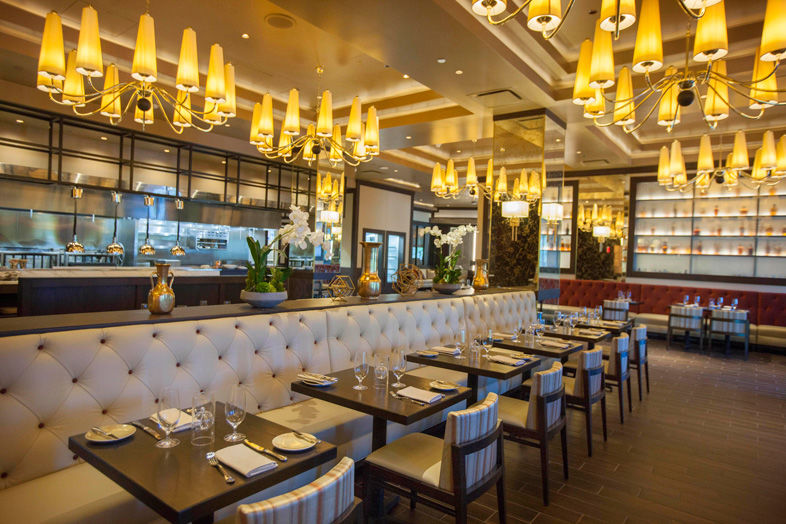 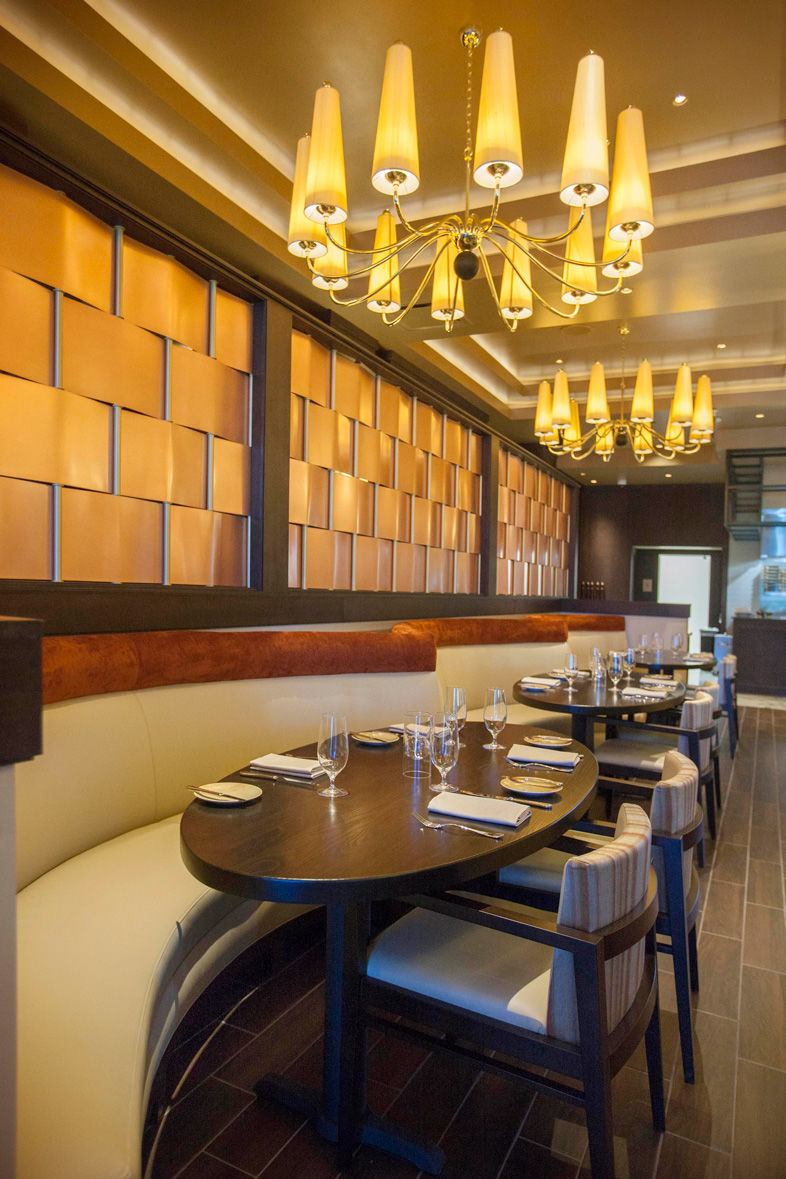 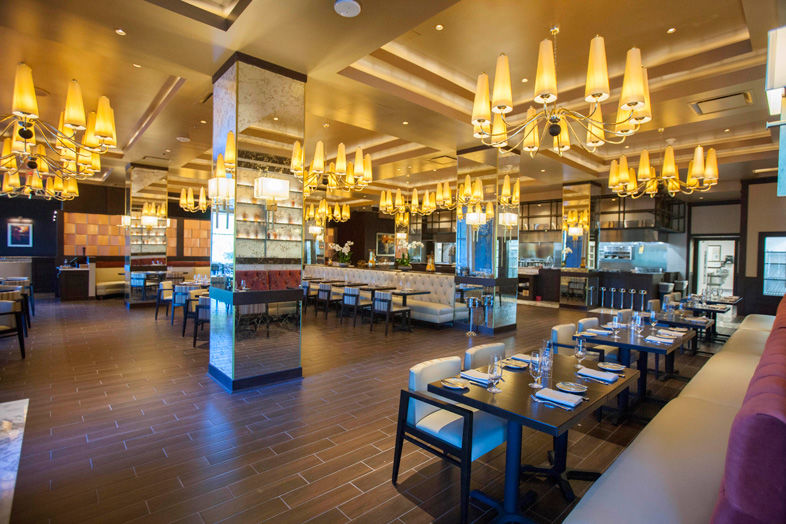 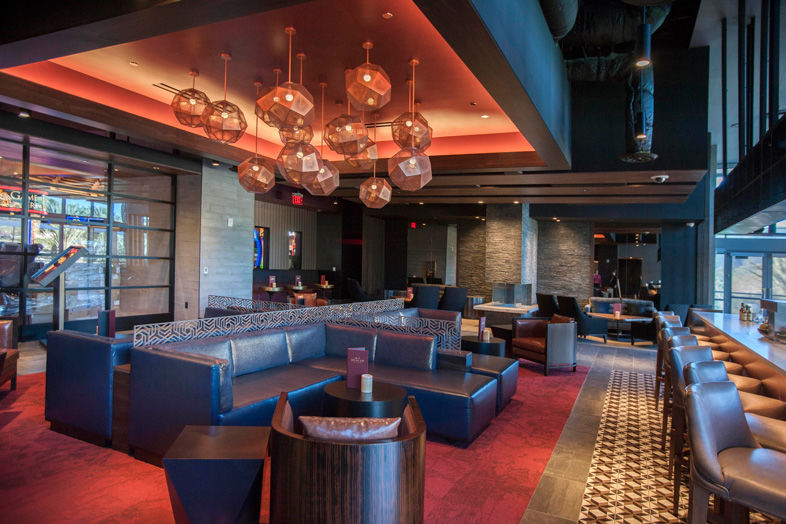 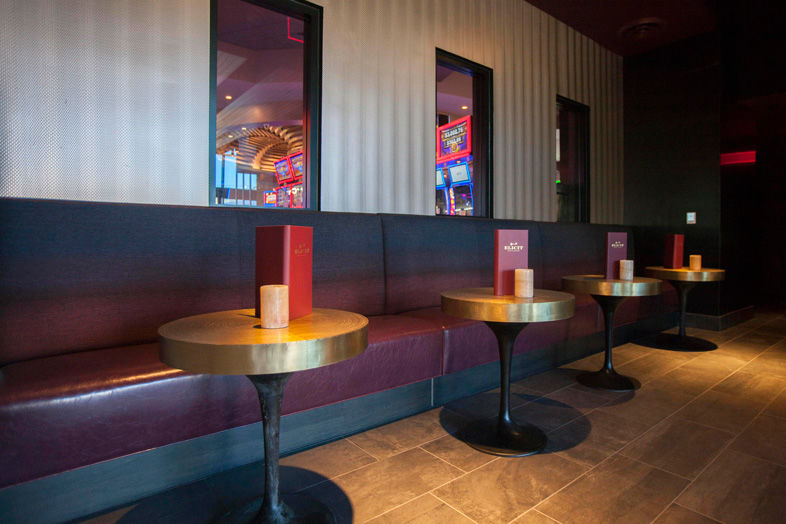 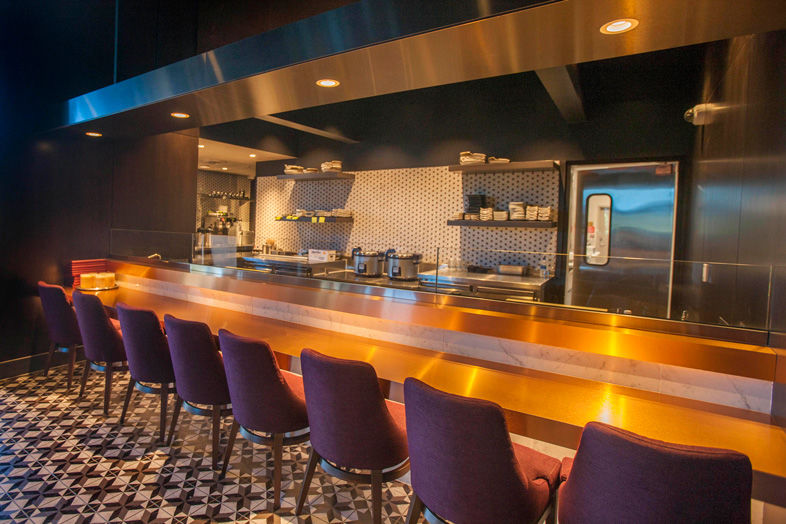 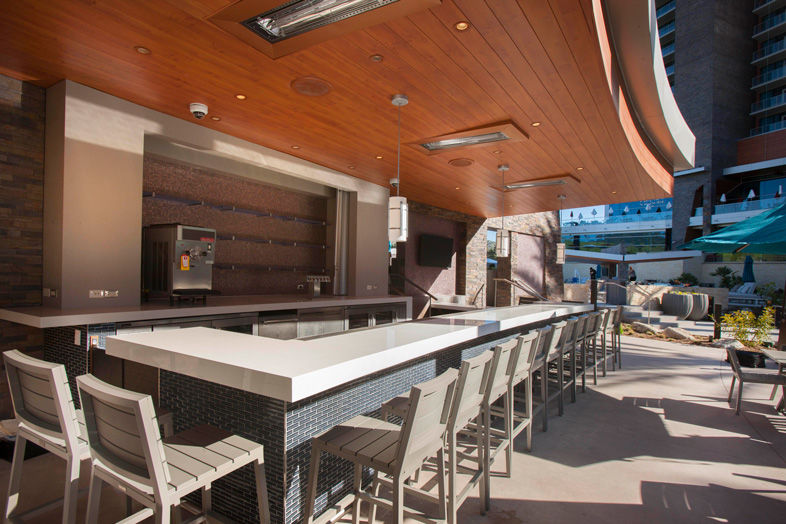 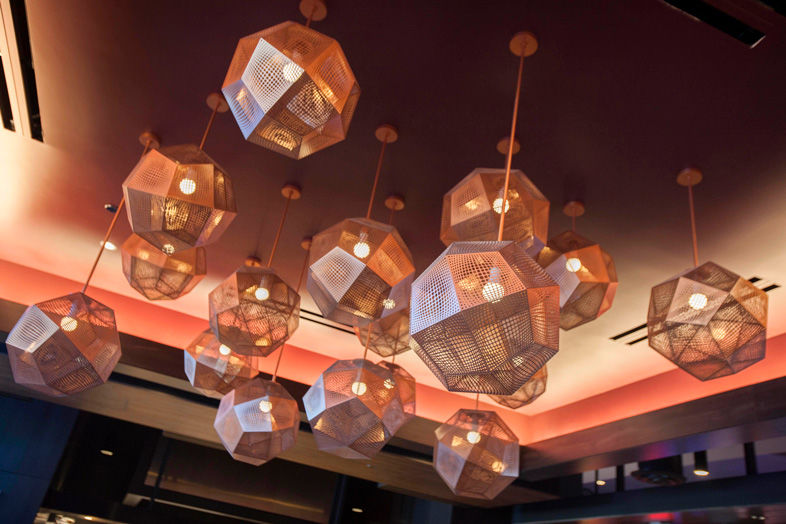 You used to need a famous restaurant name for a marquee this big. To maximize headlines and PR mileage for your new restaurant—especially one that’s the main attraction of a $260 million casino overhaul—the chef’s name had to be known in all 50 states, a few countries. The kind of name that inspired whoas and was engraved into a signature line of cookware at Sur La Table.

Clique Hospitality opted not to do that. For their drastic redo of Sycuan’s dining experience—including a high-end steakhouse (Bull & Bourbon), a craft cocktail lounge (Elicit) and a high-end pool bar concept (Retreat)—they tapped Aldo Negrete, an unfamous, San Diego–born chef who’s spent the last decade working his way through the ranks. He did it the old-school way. He has no TV credits. All he has is an impressive, winding résumé through some of the best kitchens in California, his title getting higher and higher with each new turn.

And now he’s got his shot.

"Local chefs are what makes the world go round," says Andy Masi, founder of Clique. "Most celebrity chefs were young, passion-driven chefs who dedicated themselves to improving their craft. That’s what we see in Aldo."

Negrete is the man who deserves the job. Especially for the high-end chophouse Bull & Bourbon, which will focus on hand-cut steaks and have an on-site dry-aging program, as well as 75 rare bourbons. They’ll be using two Santa Maria–style grills—which most steak enthusiasts know as world-class equipment that is also tough to master (thus why Negrete calls it "the widow maker" as he trains young chefs on it). Already considered one of the top butchers in San Diego, Negrete knows the city, its farmers, its purveyors, its dos and dont’s.

I talked with Negrete and asked him to run me through his life lessons from the major places that got him here. A chef’s tour, of sorts:

San Diego Art Institute, Meat Skills: He was in the second class ever to enroll in the institute’s culinary school (which just announced it’s shuttering). Negrete: "I studied traditional French technique under German chef Axel Dirhoff. That was where I first learned about forcemeats and meat fabrications, which was paramount to what I wanted to do."

There were literally times you’d have a golf lady come into the kitchen and say, 'I’m going to show you how to make this correctly.’ And you’d say, ‘Yes, Mrs. Smith.’

Jack’s La Jolla, Pastries, Pizza, and French-Asian Skills: Jack’s was a notorious three-level beast under chef Tony DiSalvo, who moved to San Diego after years with Tom Colicchio and Jean-George Vongerichten. "I started doing pastries with Claudette [Zepeda-Wilkins, now a James Beard nominee at El Jardín] and Jack Fisher, making chocolate cakes and custards and baking cookies and shortbreads. It was my first exposure to Neapolitan pizza, that bastardized Brooklyn-style pizza with Caputo flour and salumi. I learned that Jean-George French-Asian technique—French food with Asian and Korean and Japanese condiments, fortified wines from China. Ten to 15 years ago, no one was using that kind of stuff. Tony was."

The French Laundry, Herb-Picking Skills: We jest. Aldo merely did a weeklong stage (internship) under the world-famous chef. "I mostly just picked herbs, but it was cool learning the militant side of classic French kitchens."

Cucina Urbana, Long Hours Skills: He worked with chef Joe Manganelli at the standout Italian restaurant in Bankers Hill, where he learned how to grind. "They worked us to death. We’d arrive early in the morning and leave late at night."

Jsix, Charcuterie Skills: At the time, Jsix was a culinary mecca under chef Christian Graves, who trained some of the area’s top young chefs. "Christian had a charcuterie thing going on in the closet, making copa, finocchiona, curing whole mussels. We made our own vinegars. He was super passionate. Even though it was a hotel, it was a pioneering group of chefs."

Quality Social, Charcuterie, Butchery, and Financial Skills: He worked under chef Sam Burman at the ambitious (and since closed) downtown concept. Negrete: "It was crazy. Sam would be like, ‘Okay, let’s start curing 300 pounds of soppressata. He’d bring in whole pigs under the radar. The whole back freezer was a curing room. At one point we had 1,600 pounds of meat in there, curing paté di Campagna, mousses. Sam also taught me the financials—how to order properly, look for things that were wrong, find inside paths with vendors."

Whisknladle, Scratch Cooking and Operations Skills: Under chef Ryan Johnston, the La Jolla restaurant is renowned for its ever-changing seasonal menus and from-scratch cooking. "That was the realest kitchen I’ve ever worked in, and one of the hardest things I’ve ever done in my life. I was chef de cuisine. We were doing a lot of charcuterie, whole mussels, prosciuttos, handmade pastas—which is exactly what I wanted to do. I was trying to run operations while Ryan kept creating food. I’d come back from my day off and the whole menu would be flipped. But that was the beautiful part. Once we weren’t happy with something, we did something else. If something wasn’t good that day, we switched it. We used Chino Farm every single week."

Morgan Run, Steaks and Golf Lady Skills: He was hired as exec chef to redo the exclusive golf club’s steakhouse. "Our concept didn’t work out very well—the customers wanted more nachos and quesadillas. But we did a lot of events, like clam bakes and lobster bakes. We built our own Santa Maria grill. I learned how to listen to the customer. There were literally times you’d have a golf lady come into the kitchen and say, ‘I’m going to show you how to make this correctly.’ And you’d say, ‘Yes, Mrs. Smith.’"

Rare Form, Charcuterie, Bread, and Cocktail-Pairing Skills: He led this NY deli concept from the cocktail-forward restaurant group Consortium Holdings. "It was supposed to be a French pastis with meat popovers. But then we changed it into a bastardized Russ & Daughters deli. We made bread in-house, pretzels, pickles, charcuterie. Gave me so much knowledge in how cocktails and foods blended together."

Jrdn, Steak, Brunch, and Insanity Skills: He joined the Pacific Beach standout to help friend and chef DJ Tangalin. "I got a lot of hands-on experience with 12-by-12 rib chops, Wagyu skirt steaks, different poultries, and duck. It was a super-busy kitchen. Brunch was insane. Just the amount of things I had to order and deal with was crazy."

Lionfish, Building a Restaurant and Sustainability Skills: Lionfish, at the Pendry hotel, is also run by Clique Hospitality. He helped executive chef JoJo Ruiz design the concept from the ground up. Negrete: "JoJo gave me a house to build. We built it from nothing, picking out the plates, designing the menu, all that. I brought the classical French technique, making bordelaise and thickening sauces. We were so proud the day it opened. We were working on sustainable fish, sourcing it as close to as home as possible, using artisanal pork. People talk about foraging and going to the farmers’ markets, but nobody thinks about where their fish come from. JoJo is driving that."