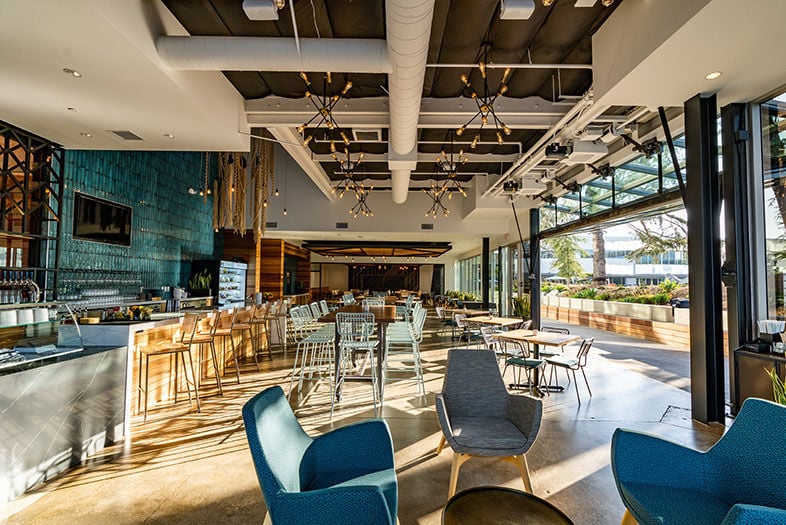 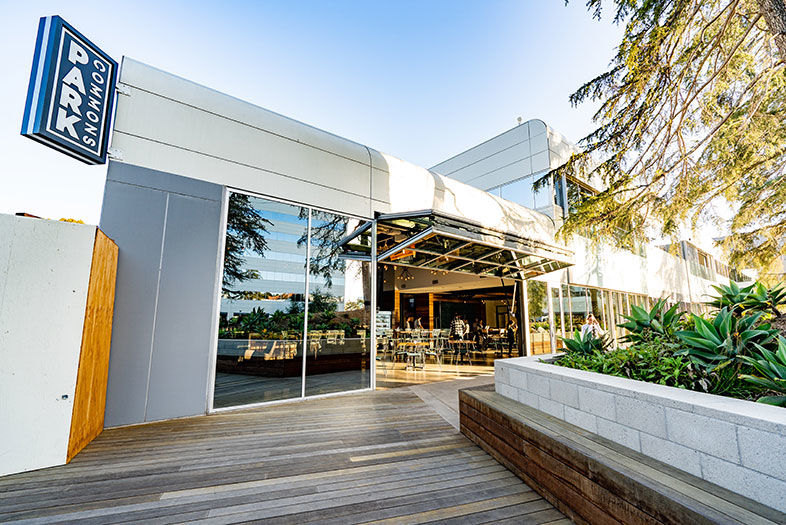 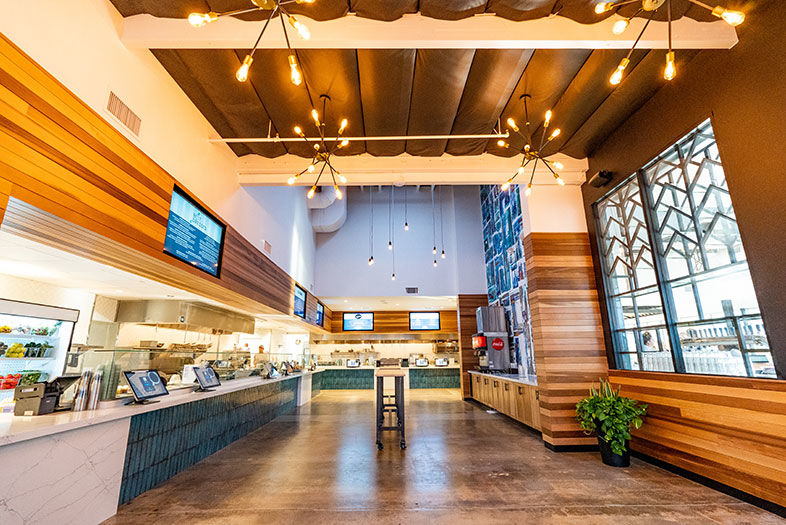 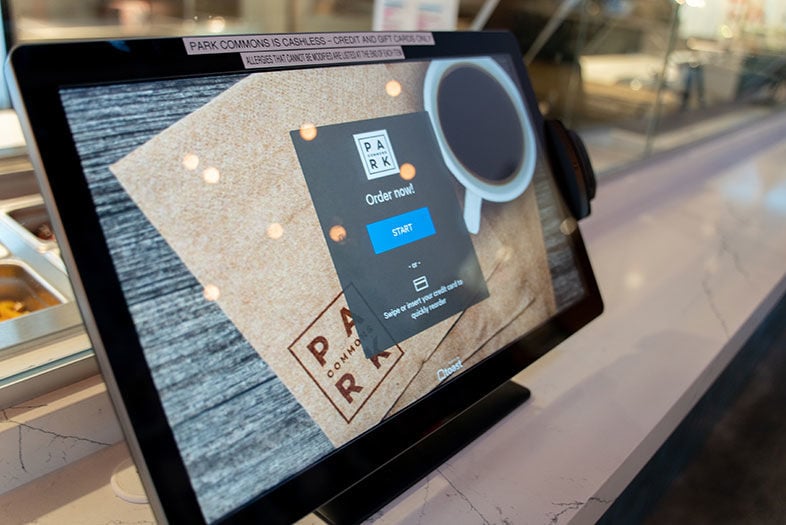 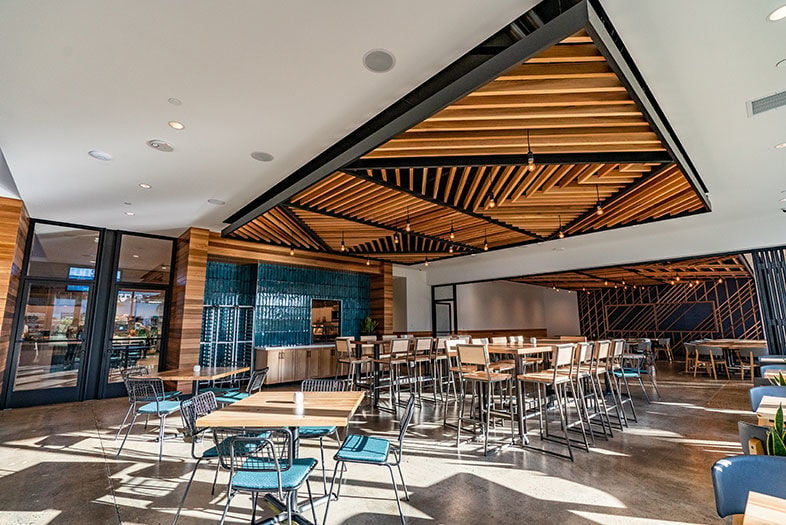 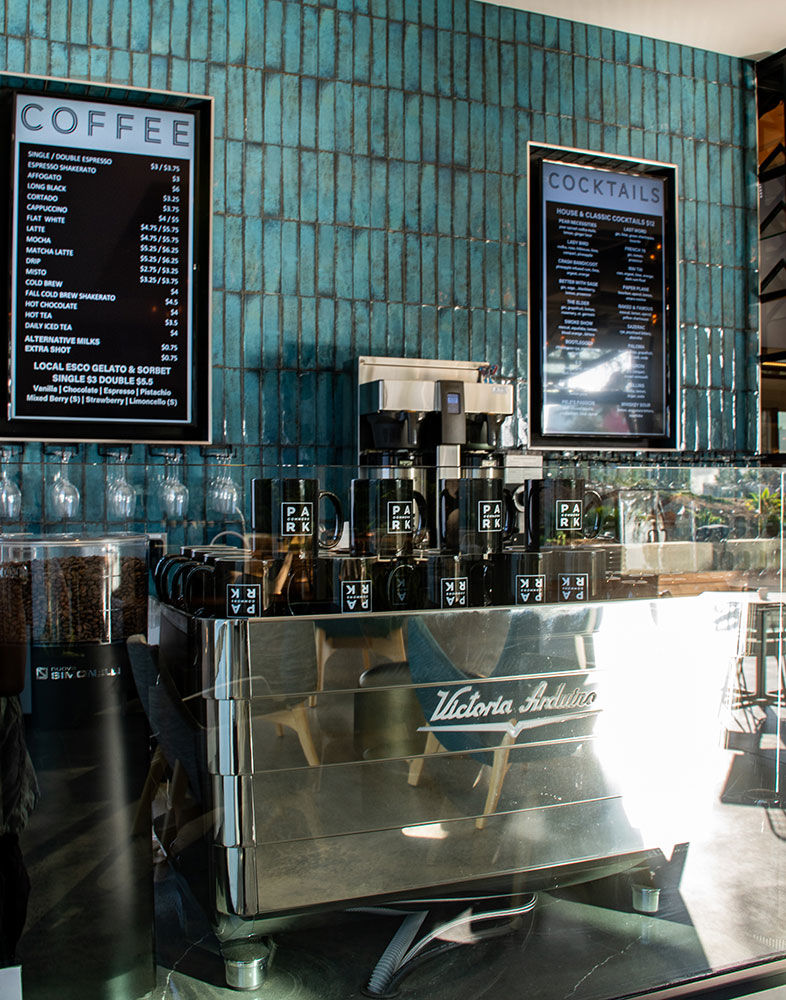 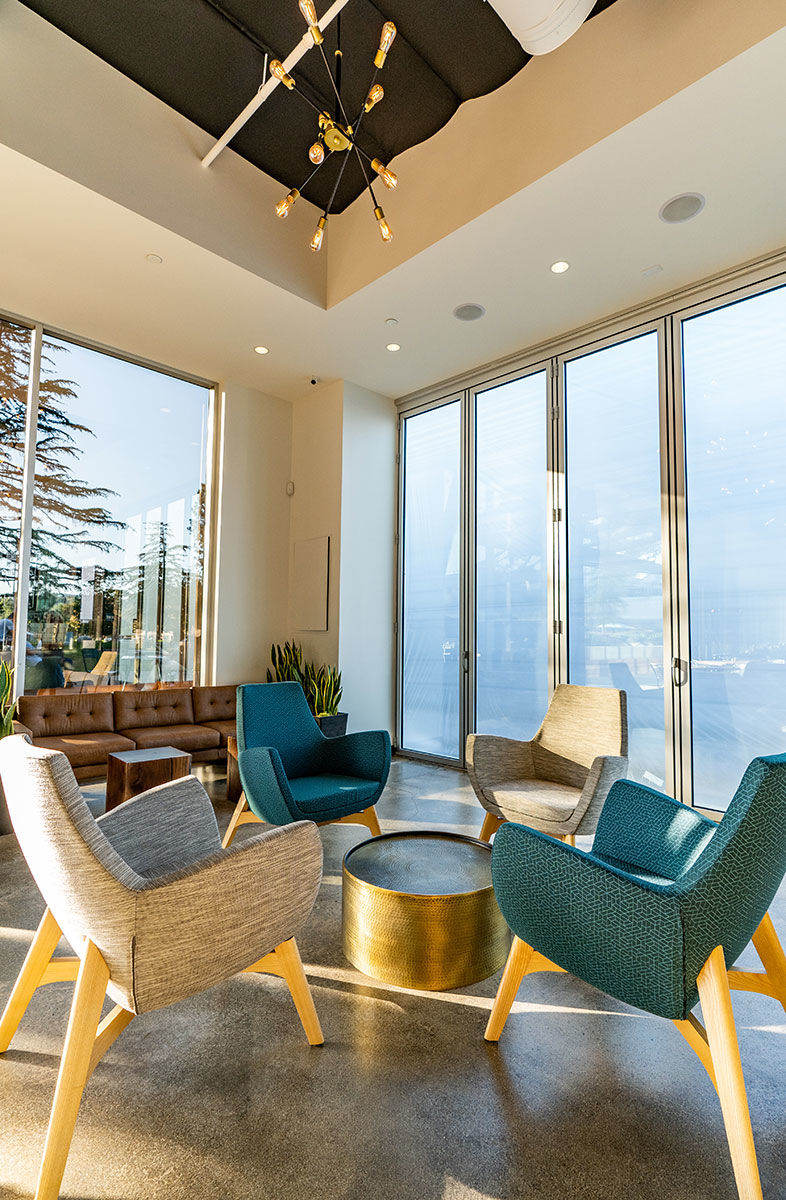 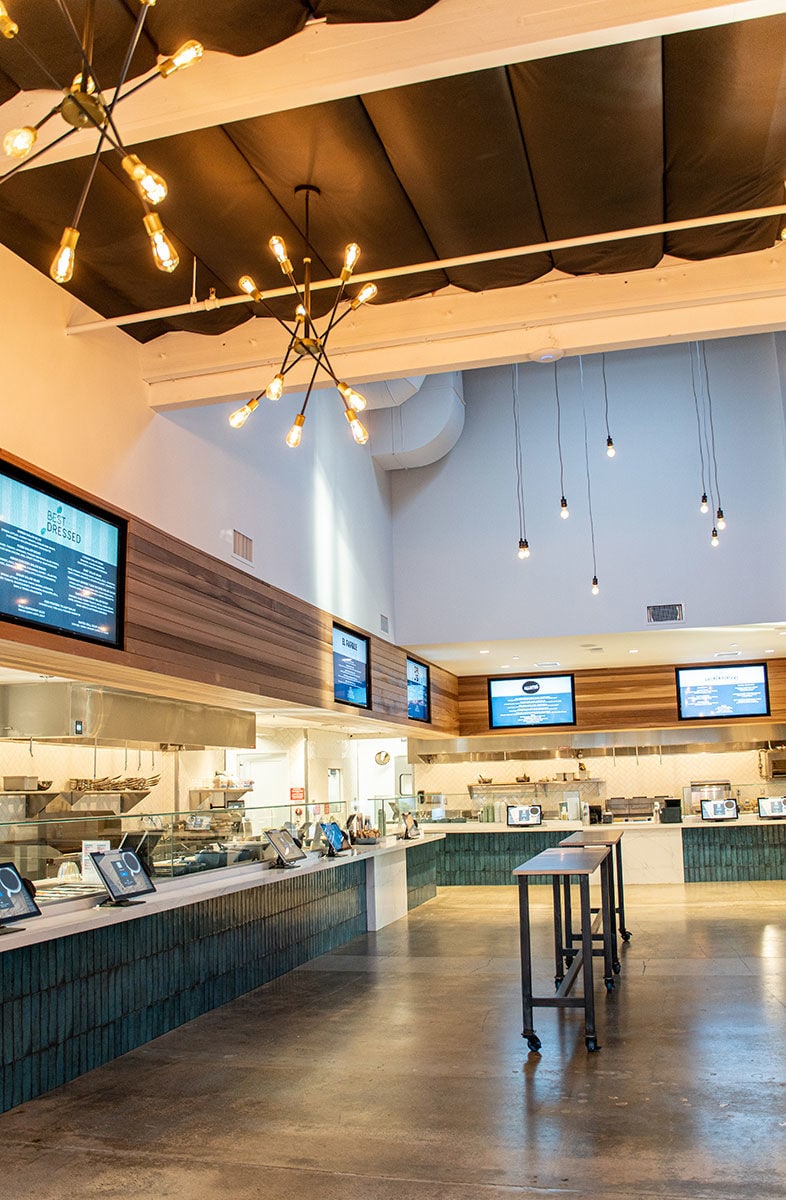 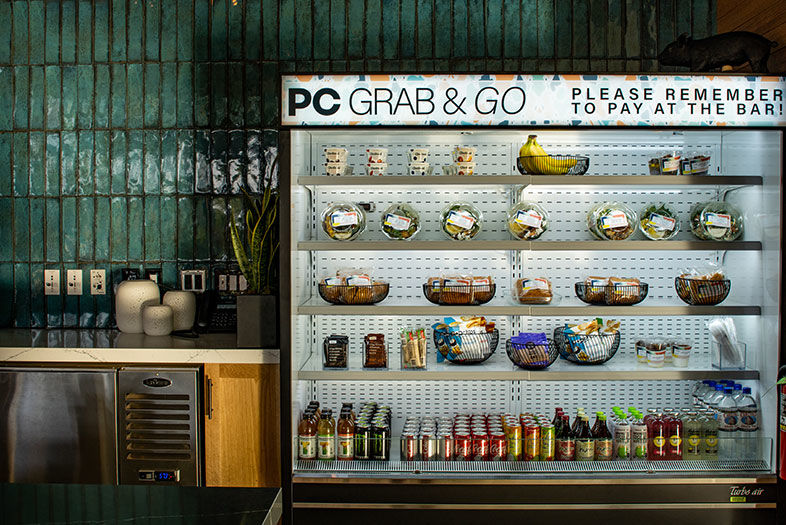 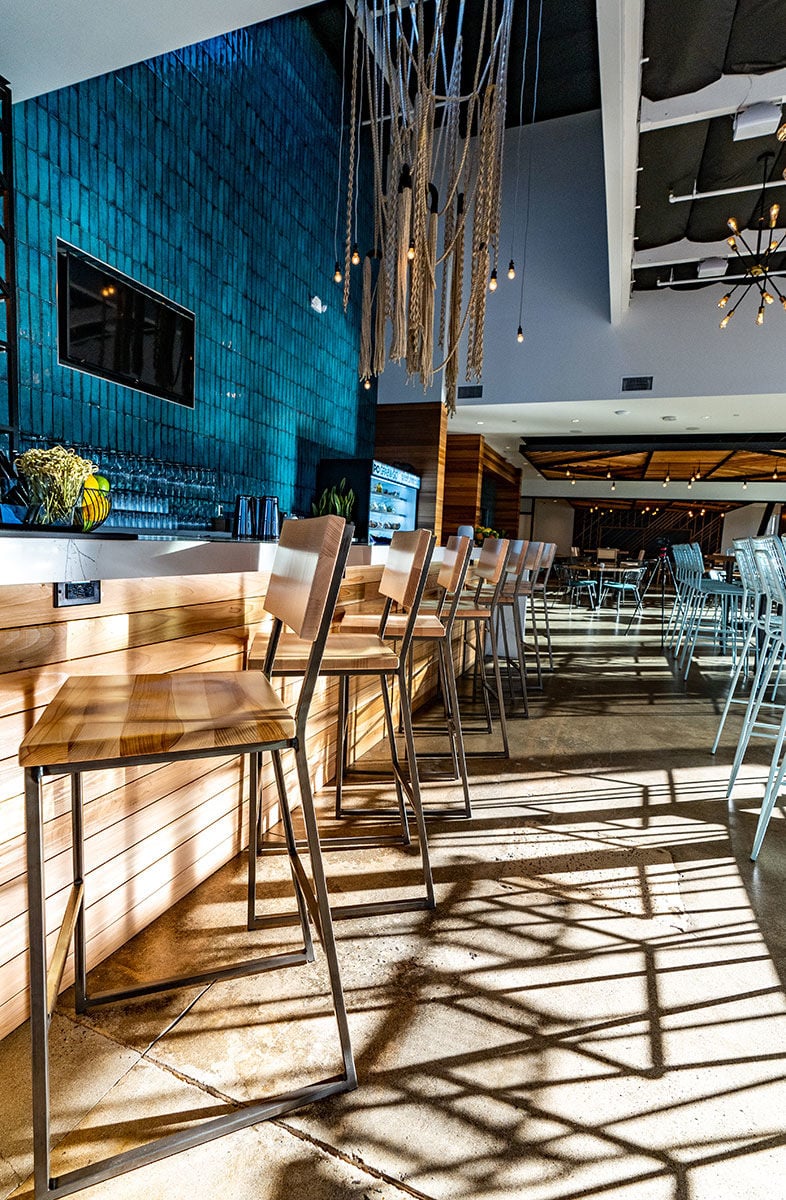 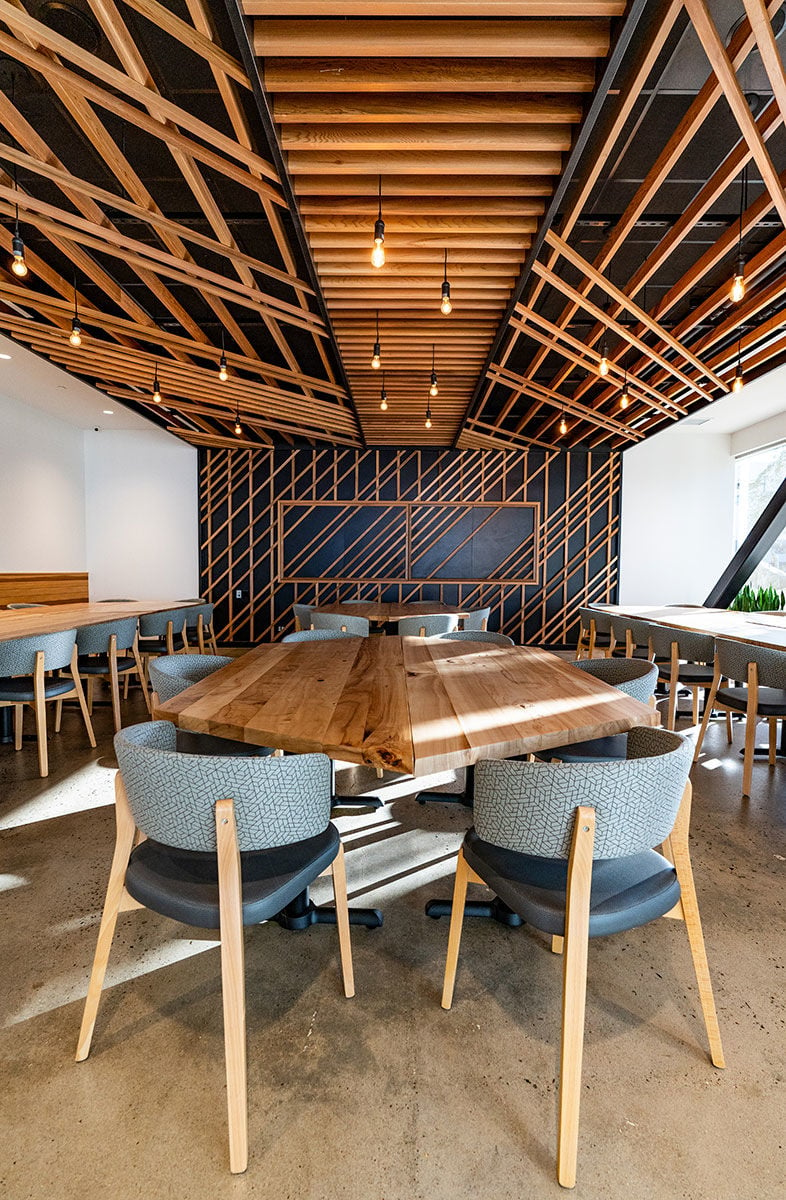 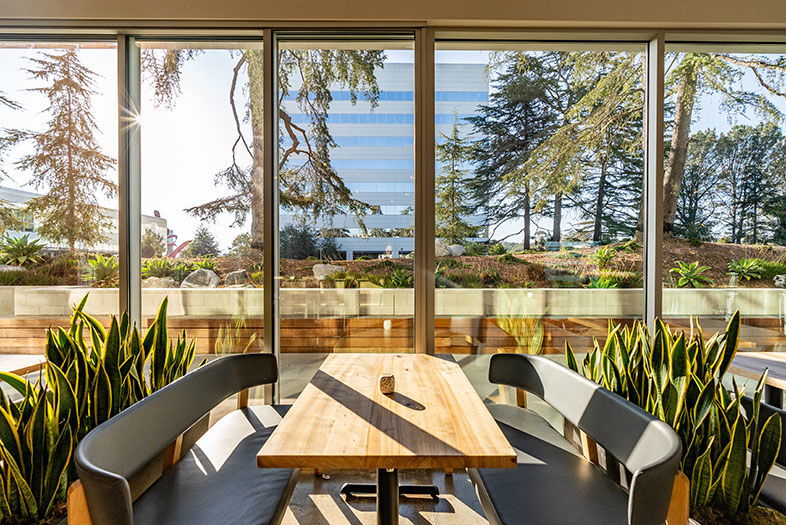 Food halls in San Diego get another top operator next week with the opening of Park Commons in the part of town the PR company’s calling "Silicon South" (Nashville and pretty much anyone who’s ever tried to woo Amazon’s next headquarters also uses this nickname). The operator is Whisknladle Hospitality, led by chef Ryan Johnston and restaurateur Arturo Kassel. They’ve cemented their good name with Whisknladle and Catania in La Jolla. Excellent chef, obsessively astute operator, real food, done right.

For having such a high density of not-poor professionals, Sorrento’s been woefully underserved for food and drink. There’s Karl Strauss and The Winesellar & Brasserie, and there’s Chili’s. Whisknladle will own this valley.

Park Commons is going into The Park, a new industrial work campus. Johnston and executive chef Joanna Rockwell (who’s been with Whisknladle for eight years) are overseeing all five food concepts, lined up fish-in-a-barrel style:

There’s an all-day coffee bar with fancy espresso drinks, grab-and-go pastries, a small breakfast menu, and a full-service bar with craft cocktails, wine, and beer. The biggest potential for success here is their private event space, which is something else the area has been lacking—designed to hold 200–300 people overlooking The Park’s 7,000-square-foot green lawn. A legion of tipsy engineers are going to blow off some serious steam accepting awards in this space.

That’s the nuts and bolts. You can scroll below to take a look at the first photos of the space, designed by Bluemotif Architecture and Kassel himself. Or you can keep reading my ideas on why this rising crop of food halls is the new normal.

Anyone who’s seen Fast Times at Ridgemont High or lived in the ’80s—when going to the mall wasn’t a chore but a way of life, the thing to do to shop and flirt and burn excess time in the high-powered air-conditioning among the bright, shiny things of bulk capitalism—knows the thrill of a mall food court. Never before had so many choices been laid out, supplicant to your hunger. It was like a walk-through vending machine, only instead of a Milky Way there was an entire restaurant in the D7 or E5 slot.

Food halls take that idea and just insert better food and better chefs. Whereas mall food tasted about the same as the container it was served in, food hall food tastes like farm-to-table sped up for the go-go-go culture.

You could do one restaurant that has a massive menu, with an Italian section, a Japanese section, a burger section (and let’s be honest, this is basically what Park Commons is, since—good as she is—just one chef oversees them all). But no one trusts those places. It’s like your doctor telling you he’s also a lawyer and a pilot and an engineer. No one wants that distracted fellow checking out their prostate. But you’ll trust six different restaurants all under one roof, each with a singular focus.

It’s a please-everyone model. Groups of friends have competing wants and desires. Someone in the group enjoys turtlenecks, and the rest of you are too afraid to dress like Steve Jobs. When you dine out with your peers, someone is always making a compromise. The vegan wanted the place with the $40 salads, the Ohioan wanted the place with loaded fries, the hungover one wanted Mexican or just more beer.

Food halls may not satisfy every niche hunger, but they give you a 500-percent better chance that everyone in the group will find something they like, and then you can all sit down in the communal dining space and break different breads together.

On the restaurateur side, it’s the greatly hedged bet. They’re putting all their eggs in one basket—but there’s a pickled egg, a soft-boiled, a scrambled, you name it.

And then there’s the labor savings. Anyone who tells you restaurateurs are not trying to get rid of servers isn’t talking to the same restaurateurs I am. I’d say out of every 10 I talk to—and I tend to talk to a lot, on account of it being my job—nine admit they’re getting rid of as many servers as they can because escalating minimum wage is pinching them real hard. And food courts do that by using the counter-service model (Park Commons will have kiosks to speed up ordering).

It’s a great idea, by a great operator, in an underserved area. And the food hall model is around to stay.