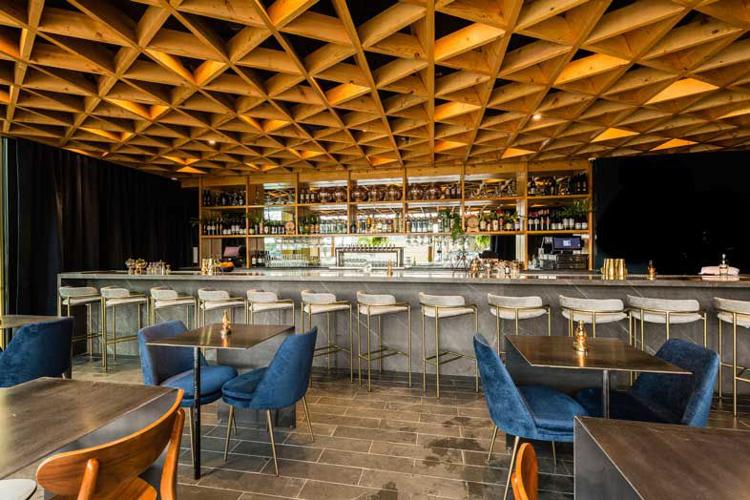 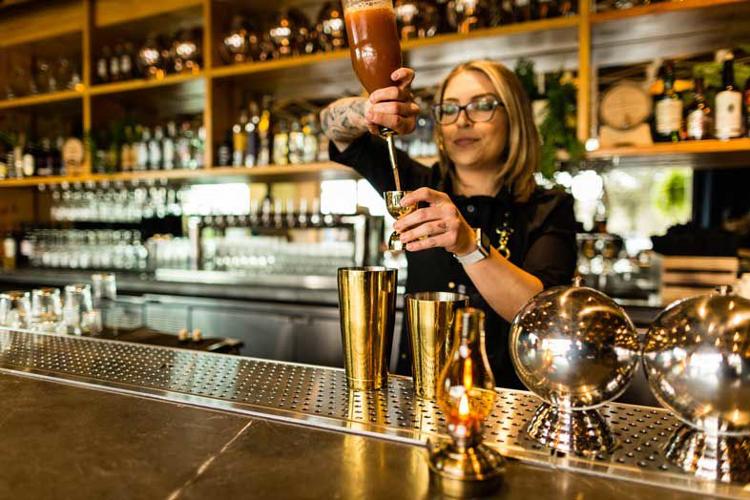 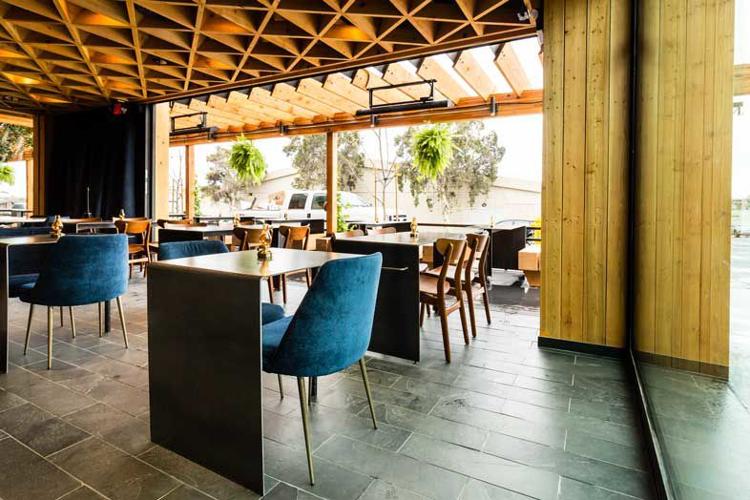 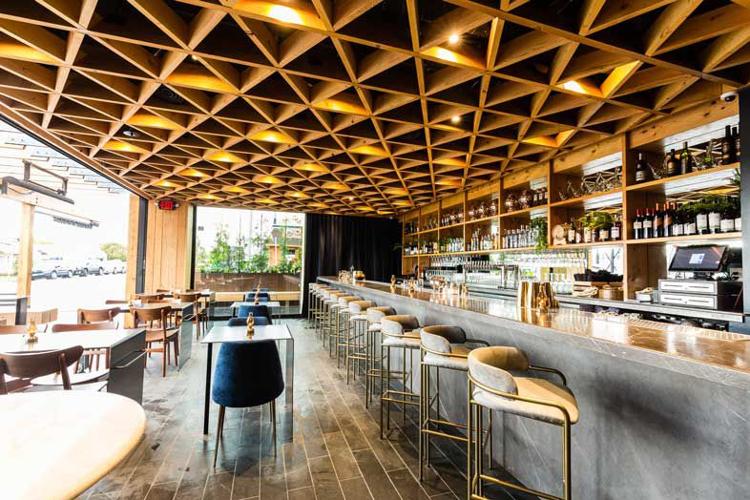 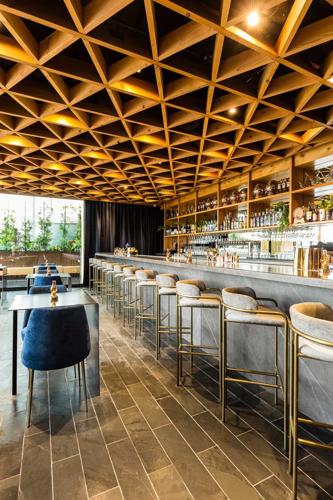 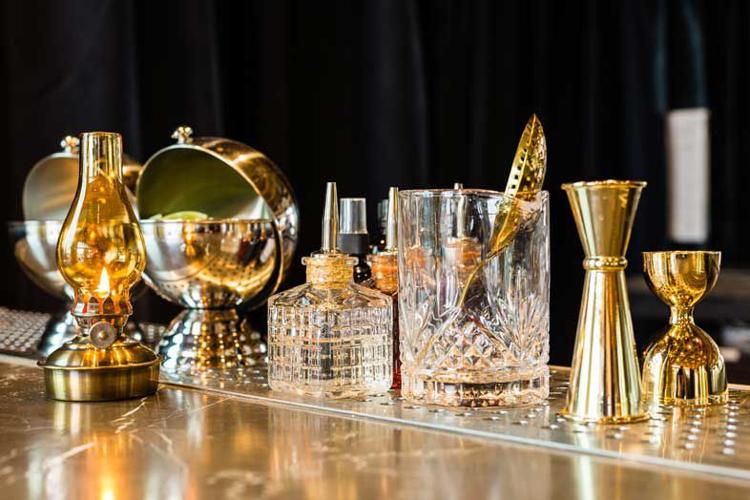 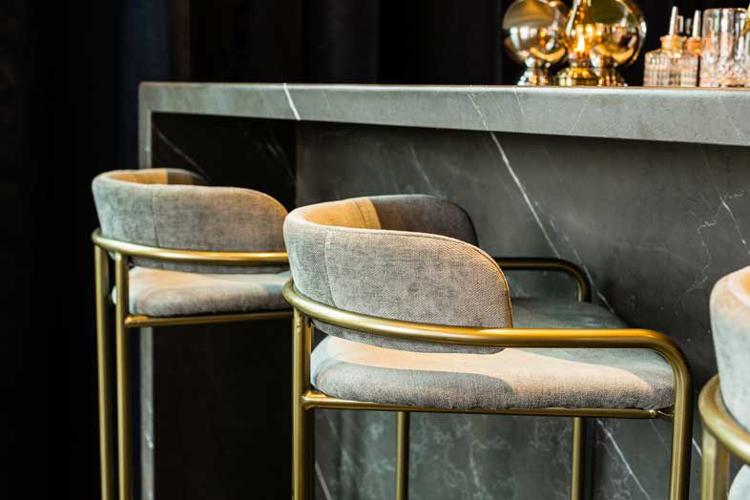 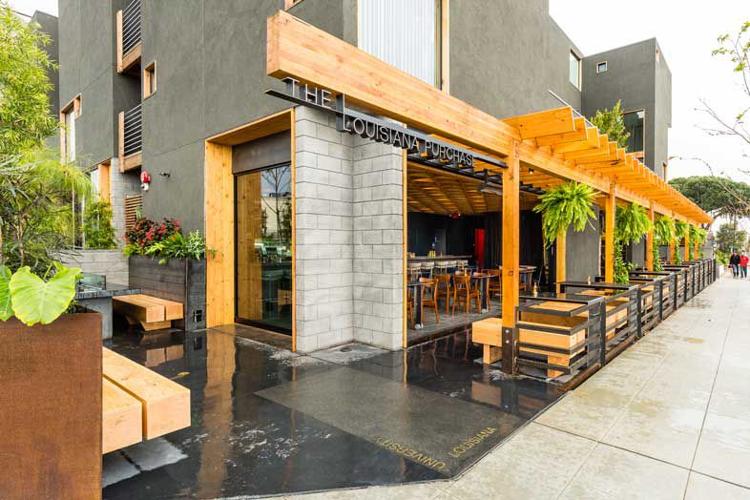 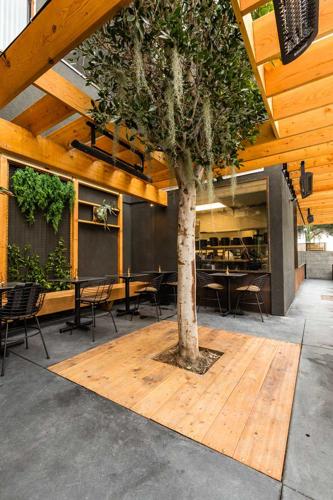 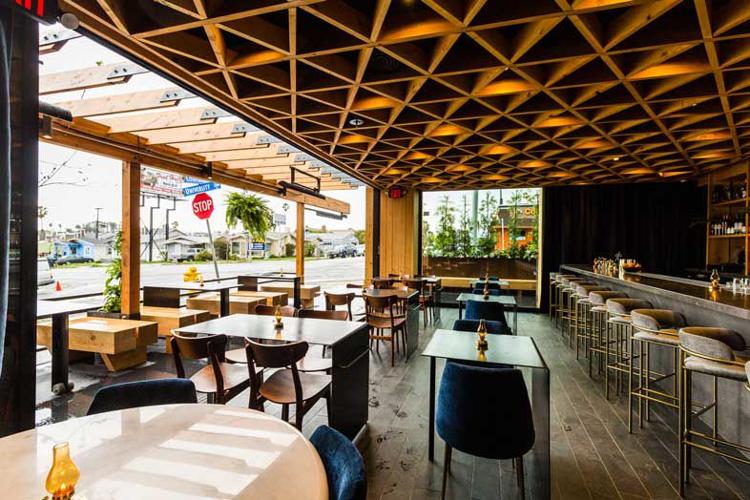 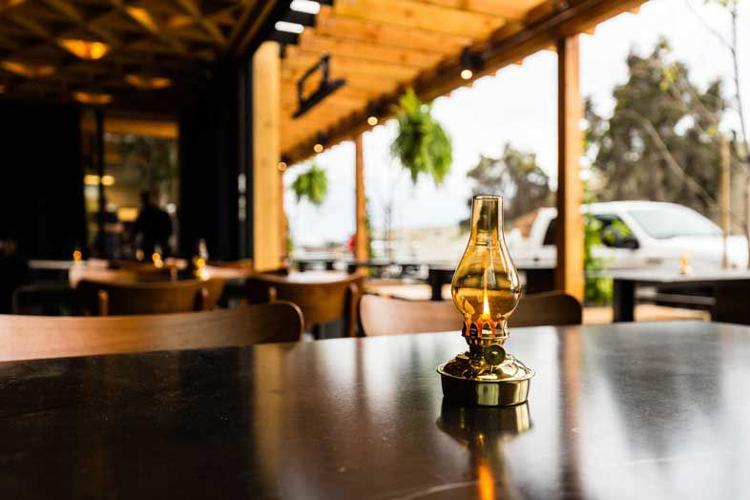 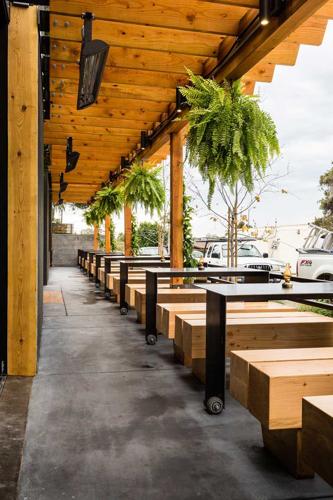 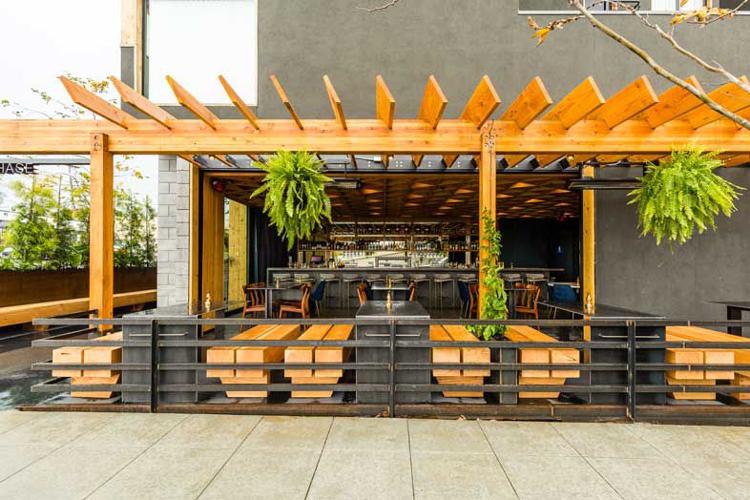 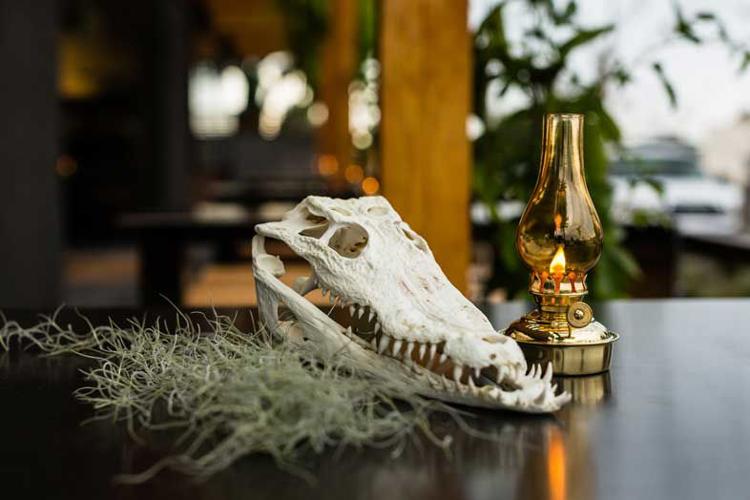 When you’re built like an immovable obelisk of muscle and flesh, they put you at the door to bounce the elements. Especially in Pacific Beach in 2002. Back then, PB was rowdier, lawlesser. Alcohol was still legal on the beach, which meant on Saturday nights half the town was lopsided long before sunset. Each year the PB Block Party cemented the neighborhood’s reputation as all of MTV’s spring breaks rolled into one. It was the province of the young, the tan, and the Jägermeistered, with a blood alcohol level on the dangerous side of the decimal point.

"It was wild," says Pete Cich, who played football at Northern Arizona University, then was recruited to San Diego by friends and the coach of the professional arena football team, the Riptide, before landing a gig as "huge human at door" for Thruster’s. "On Tuesdays we’d have a line all the way down the alley. There weren’t as many rules. You went to work expecting to get into an altercation."

Neither North Park nor Little Italy were yet a destination. If you were under 30 and wanted a night on the town, you put on heels and went to the Gaslamp, or put on next to nothing and went to PB. "Everything was focused on those two spots," Cich says. "It was super intense. People were doing many illegal things."

Cich worked hard, moving to Hennessey’s as a bartender. When his friend opened Shore Club, he became bar manager and investor. When Hennessey’s closed, a friend had an idea for a new kind of PB place—less beer buckets, more craft cocktails and better food. It was called Duck Dive. After it opened, friends in the industry told me, "Have you checked out Duck Dive? They’re buying more local food than almost anyone in town."

PB was changing, growing up a bit, and—along with Tower 23, Firehouse, The Patio, and others—Duck Dive was part of that. Cich and partners brought in a culinary consultant, which many in the area laughed at. "They were like, ‘Who are these guys bringing craft cocktails to the beach?’" he explains. "Our vision was to start changing the game in Pacific Beach—like Matt Spencer [Firehouse] had. We struggled with it in the beginning because people weren’t ordering it."

After about four years, Cich and partner Rob McShea decided to start their own restaurant group, Grind & Prosper. Their first project was Miss B’s Coconut Club in Mission Beach. They were really getting hooked on America’s great cocktail bars, flying to New Orleans each year for the acclaimed industry conference "Tales of the Cocktail."

If they wanted to do their next project right, they realized, they’d have to head east.

"Being on the beach you don’t get the same leeway to do the fun, cool things," he says. "You always have to have the fish taco. It’s such a tourism-heavy area. We had to find other areas to evolve."

That’s why they chose a relatively undeveloped pocket of North Park for Louisiana Purchase, a southern food restaurant and cocktail bar in the ground floor of the Louisiana building, a rehab project from architect Jeff Svitak.

Being on the beach you don’t get to do the fun, cool things. You always have to have the fish taco. - Pete Cich

"You’ve got to find these pockets that haven’t exploded yet," he says. "Gaslamp and Little Italy are hard to get into and too pricey. West of North Park and east of Hillcrest has a chance to be its own bubble."

The biggest part of their evolution is investing in "Chef Q"—Quinnton Austin. After spending two years as executive chef of Cinclare, a lauded southern food restaurant in Thibodaux, Louisiana, he spent eight months as chef de cuisine at the legendary Antoine’s in New Orleans. He responded to a Craigslist ad for their Carlsbad project, Park 101. Cich looked at his résumé and thought there was no way he could afford him.

Cich flew to New Orleans with his team, and Chef Q took them on a tour of all the city’s great restaurants. Then they flew him out to San Diego for a cooking audition for 10–15 people, bought all the food and the produce—and his damn plane was delayed.

"So in just a couple hours, from 2 to 6 p.m., he manages to put together this amazing menu," Cich recalls. "He has a recipe for an andouille alligator cheesecake. I had no idea what that was supposed to be. It was a jaw dropper. He’d never let any of his other restaurants use the recipe. He did an unbelievable crawfish tomahawk rib eye."

The next night, Cich took him to C Level, which looks out over the water in downtown San Diego. It’s the money shot, the "close the deal" view.

"The only way this works is if I make him a culinary director on the spot," Cich says. "So I did. It was my first big hire and offer. I got him a relocation offer and got him out in October. Within the first few hours at Miss B’s, he’s making adjustments to the seasonings and the rubs. I’m laughing under my breath. All of a sudden we’ve got a number-one receiver on our team. Now he’s revamped everything. For us, it’s a huge breath of fresh air and it lifted our level up."

Now Louisiana Purchase will be Chef Q’s first from-scratch menu for San Diego. The alligator cheesecake will be on there. All the southern food will be, with new tricks Q’s picked up as Cich takes him out to all the local hot spots.

So the former PB doorman has his elevated cocktail bar and southern food restaurant in North Park. North Parkers are a different, protective breed. Will they let him evolve and welcome him, or will his roots by the beach get him cold-shouldered?

"I get the stigma," says Cich. "When we did Miss B’s, I posted the liquor license. I was so excited—my first Grind & Prosper posting! I come back a day later and someone’s written ‘Keep Shore Club out of Mission Beach,’ ‘Keep Out the Kooks,’ and other not-cool words. You just have to laugh. I was 26 when we started Shore Club. It’s part of my bloodline. But I love Southern food, and we’ve got a really good plan at Louisiana Purchase. It’s got this special vibe with the patio, the trellis, ferns, trees, fire pits, and a 20-foot tree in the middle. New Orleans is all about the courtyard space. I fell in love with the cocktail bars on the side streets. This is a little of that."