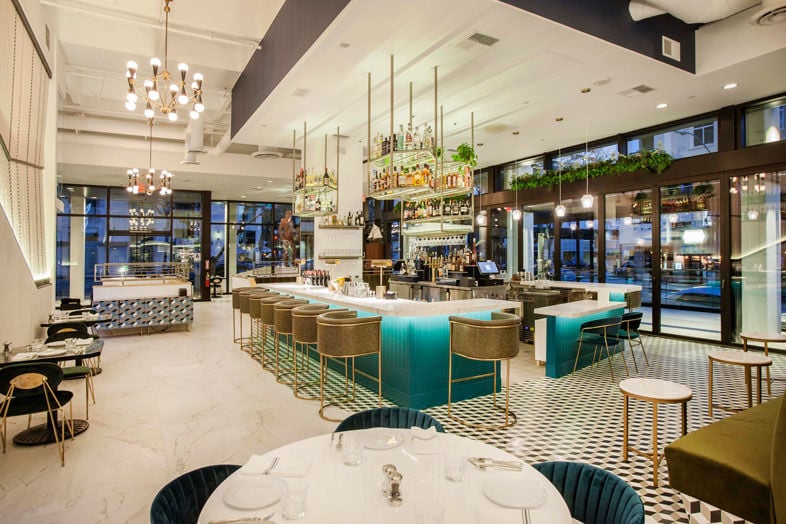 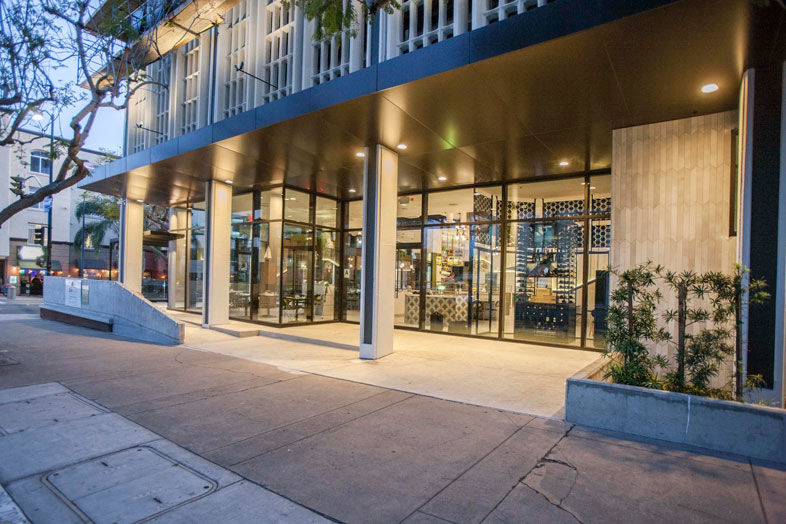 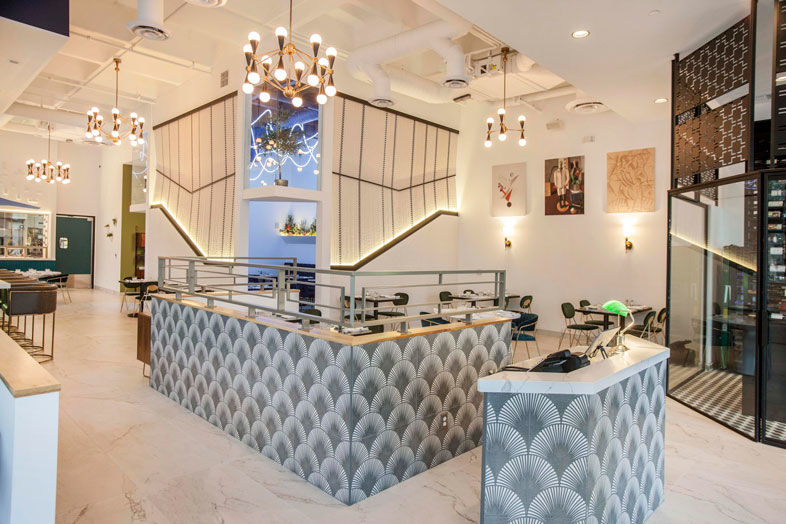 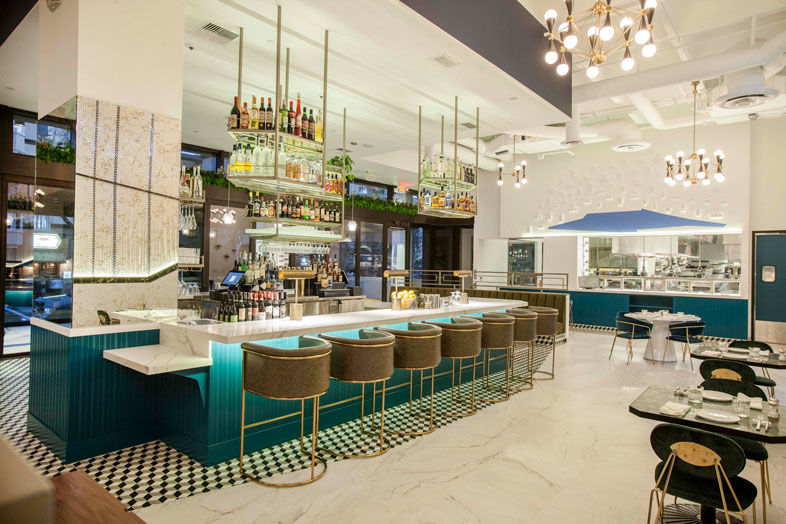 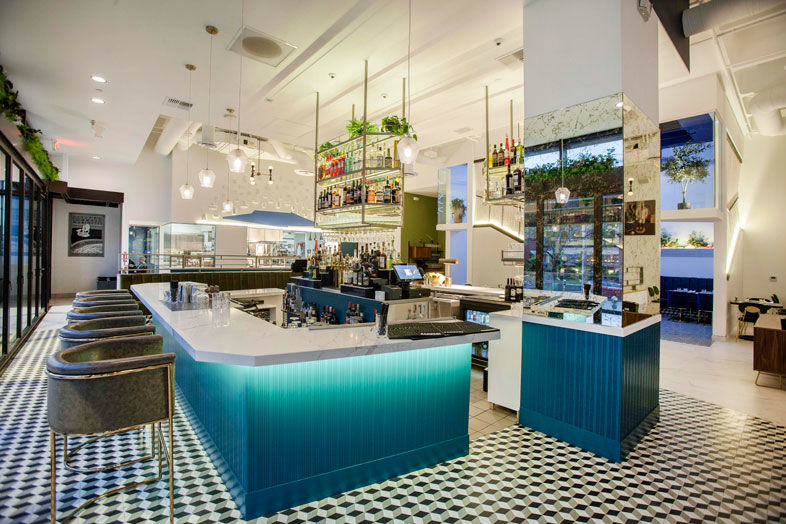 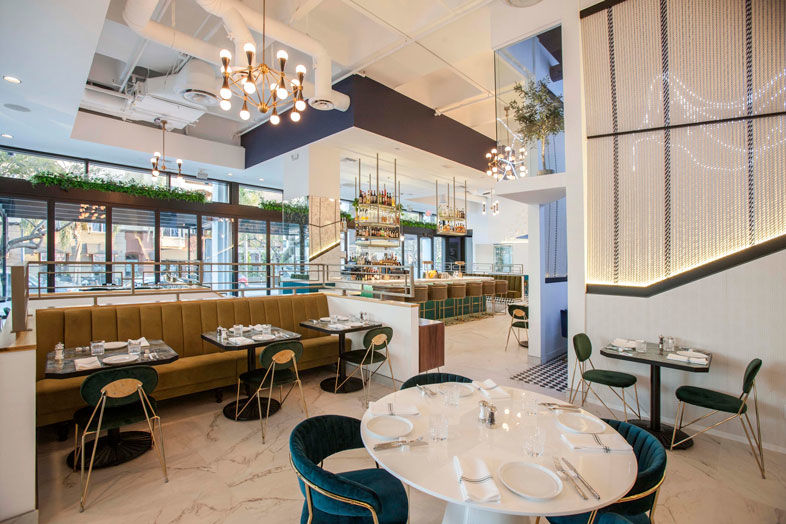 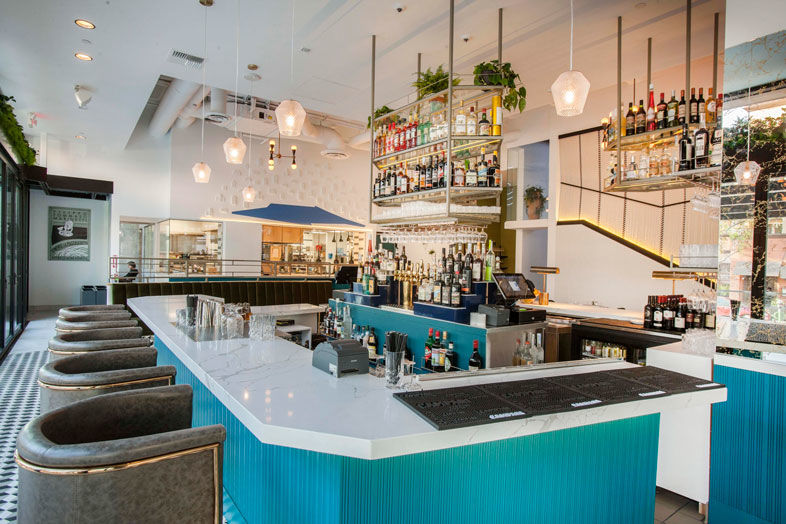 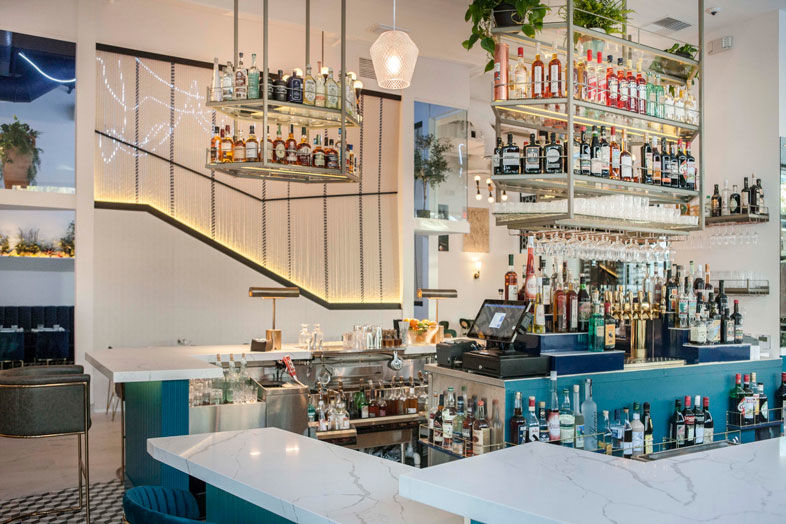 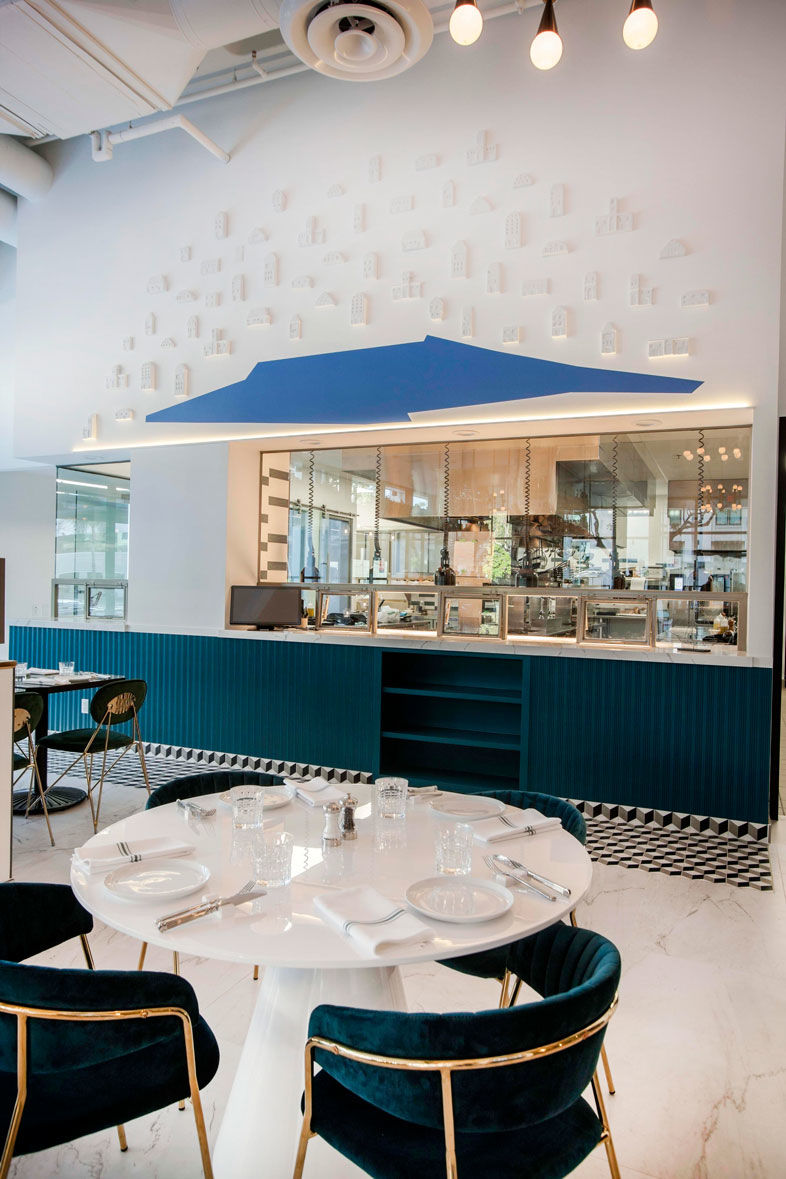 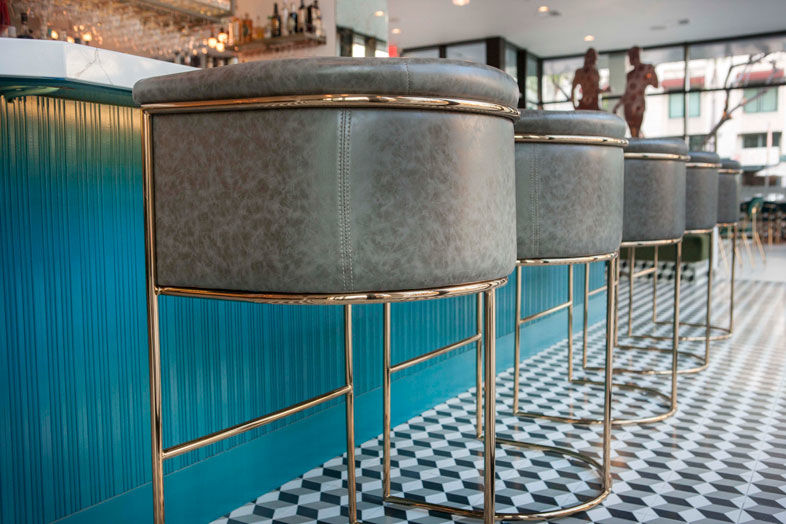 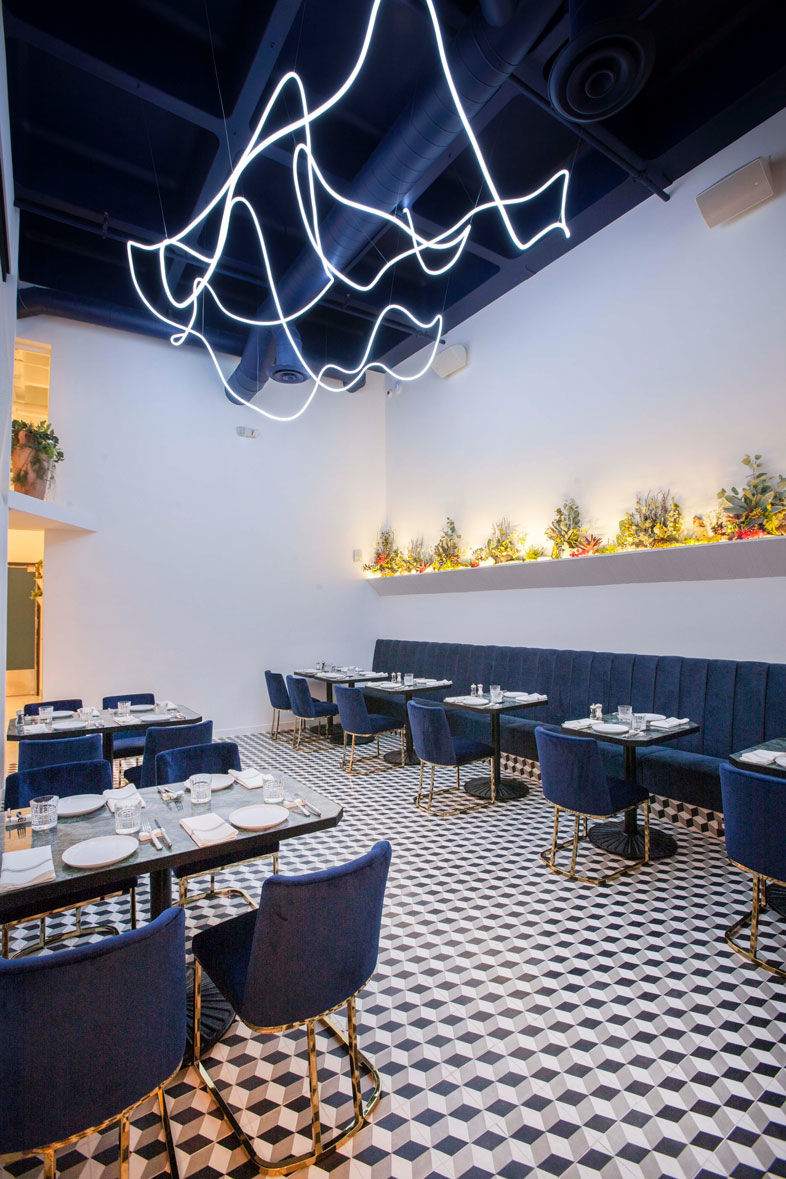 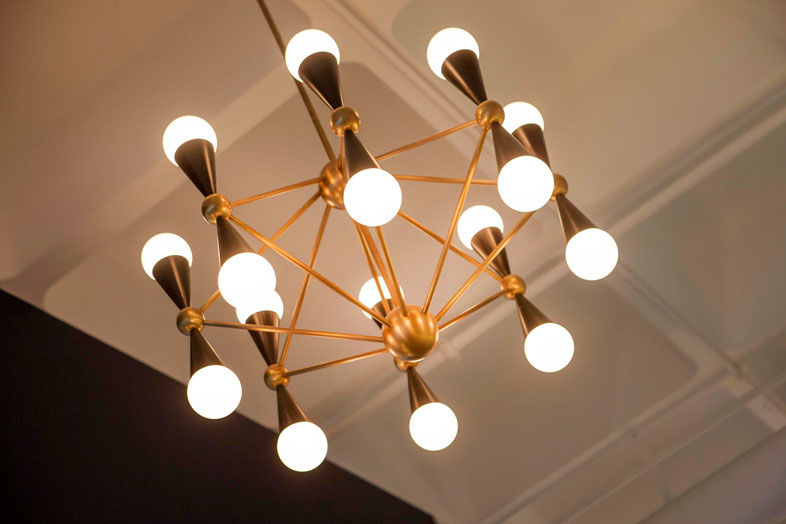 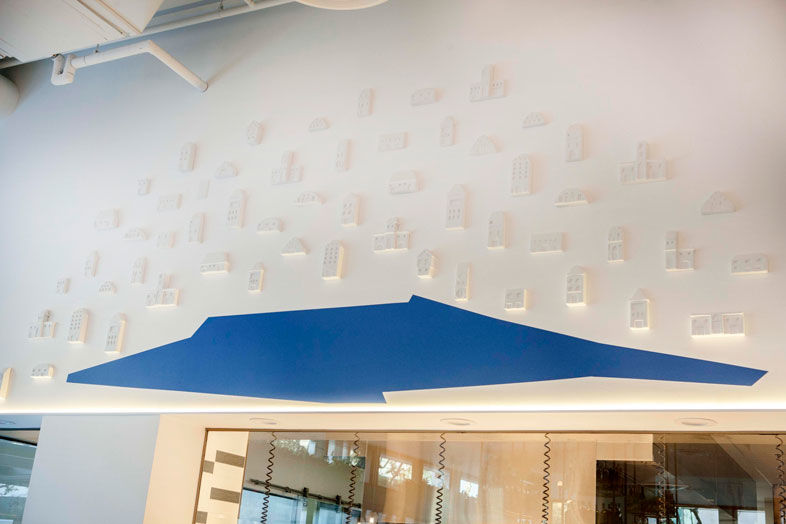 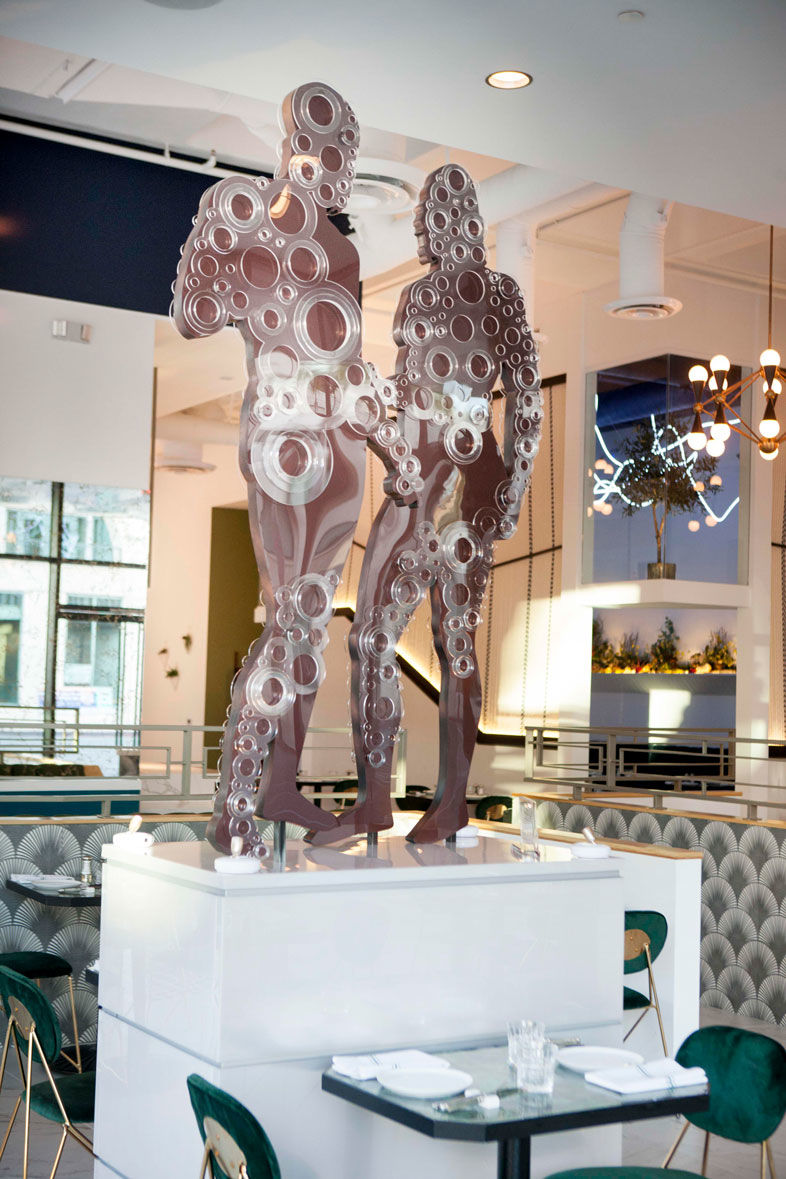 The kitchen alone is 2,300 square feet, a thousand more than my three-bedroom apartment. The press materials come with an "Art Guide." The chefs have arrived, and they have a Michelin star. You never know. But everything about Il Dandy suggests it will be a game changer for San Diego.

And yet, or maybe because of this, co-owner Dario Gallo is concerned. The stress is tenfold from when he and his brother Pietro opened Civico 1845 in Little Italy in 2015.

A week from opening, a table at Il Dandy is stacked with servers’ uniforms—blue-and-white-striped Italian naval shirts. He shows me the shoes. The shoes are important to him. "They’re Superga, do you know Superga?" he asks, his accent a few feet deep in the Mediterranean. "They’re the Italian shoe. Like the Italian Converse. This was important. Because I don’t want people to come in here and see this beautiful restaurant and think it’s a fine-dining restaurant and not be able to relax."

I understand. Il Dandy’s breathtaking. Located on the bottom floor of the "Mister A’s building" in Bankers Hill, the restaurant is Apple Store white, with custom tile flooring. There are gray leather bar stools lined with brass. Blue velvet chairs at gray marble tables. It’s art deco and futurist and midcentury modern. Italian artists re-created the famed Riace Bronzes in Plexiglas, and the statues lord over the dining room. ("The Plexiglas bubbles represent the water bubbles that were on the original statues when they found them in the sea," Gallo says, excitedly.) An installation of neon art squiggles in a semiprivate dining area looks like electric clouds on the ceiling, or like lightning itself signed its name. They illuminate a plantscape that re-creates the countryside of Calabria.

And then in walks Antonio Abbruzzino. In his 50s with a boyish face and gray temples, Abbruzzino was one of the first two chefs in Calabria to earn a Michelin star. The other is his son, Luca. They earned it cooking together at their family-owned Ristorante Abbruzzino. And now they’re here in San Diego to cook at Il Dandy.

Abbruzzino doesn’t speak a lick of English. He explains his process through Gallo. On frequent trips to San Diego during construction, he helped design Il Dandy’s kitchen to world-class standards. He visited local farms and local fishermen. His flagship restaurant buys only whole, fresh fish and local produce. He will do the same here. Il Dandy will be a modern interpretation of their Calabrian cuisine—home to some of the world’s best olive oils (they’ll import the region’s best cold-pressed options), and the birthplace of the spreadable pork delicacy ’nduja.

Abbruzzino points to one of the most important things in his kitchen. Next to the sous vide machine, it’s a blast chiller. The extreme cold will kill any bacteria associated with fish pulled directly from the water.

"I saw that here they usually buy the fillets precut, but I don’t like that," he says through Gallo. "We like to see the fish in the face and use the whole thing. We clean it, portion it, and with the remaining parts we use it with soup and stocks."

Abbruzzino points to the door separating the kitchen from the dining room: "This door is for the health department," he says. "We would love to take it off."

"In his restaurant in Calabria," explains Gallo, "before guests sit at the table, the host takes them first into the kitchen. The cooks stop and say welcome, and then they go sit. It’s part of what I’m talking about with the shoes—making people feel comfortable and like family."

The kitchen is enclosed in glass so that guests can see in. A compromise.

Abbruzzino points to a combi oven, where housemade pancetta is 21 hours into its 24-hour cook. He shows me a tray of pizza dough, fermented four days. It uses three kinds of grains—type zero, type one, and soy flour. "That way it’s healthier and easier for you to digest," Gallo says. "The only very little yeast in there is from the mother."

Abbruzzino pulls out a damp towel shaped like a football. "The mother," he proclaims.

"This is Ristorante Abbruzzino." Gallo smiles. "We re-created their restaurant in this room. The same flooring, same furniture, same table, same light fixtures. We made them come from the opposite side of the world, we’re going to create a small room where they feel at home."

The room is actually called Arama, its own "restaurant within the restaurant"—much like José Andrés put é inside his Vegas restaurant, Bazaar. It will seat six people for 12-course tasting meals from the chefs. "Il Dandy is going to be a modern approach to Italian cuisine and revolutionary," explains Gallo. "But here in Arama we want the chefs to feel completely free. No boundaries, not thinking about Calabria. Express their creativity 100 percent."

I ask Abbruzzino what made him come to San Diego. During his visits, Gallo had taken him to top local restaurants like Juniper & Ivy and Campfire. The chef says he thinks the city is on the verge of being a great food city. Because of the world-class produce and climate, it’s the only place where he could re-create his Calabrian cuisine.

But first and foremost, Abbruzzino says, pointing at his friend, "The Gallo family."