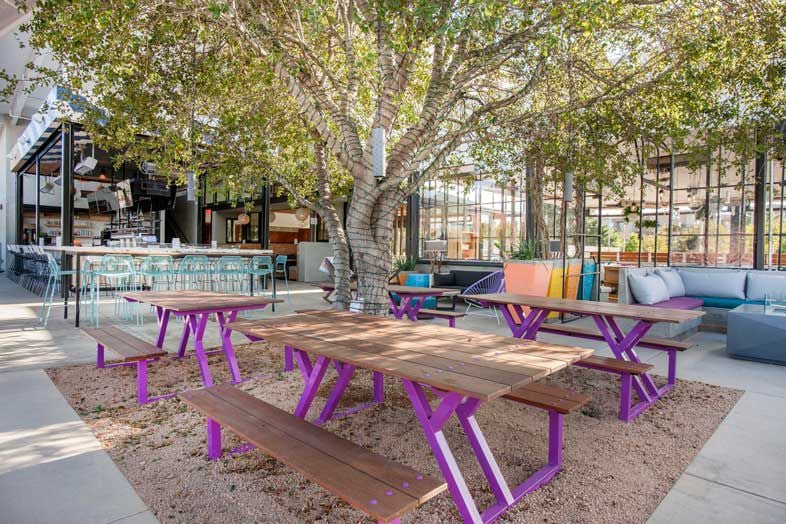 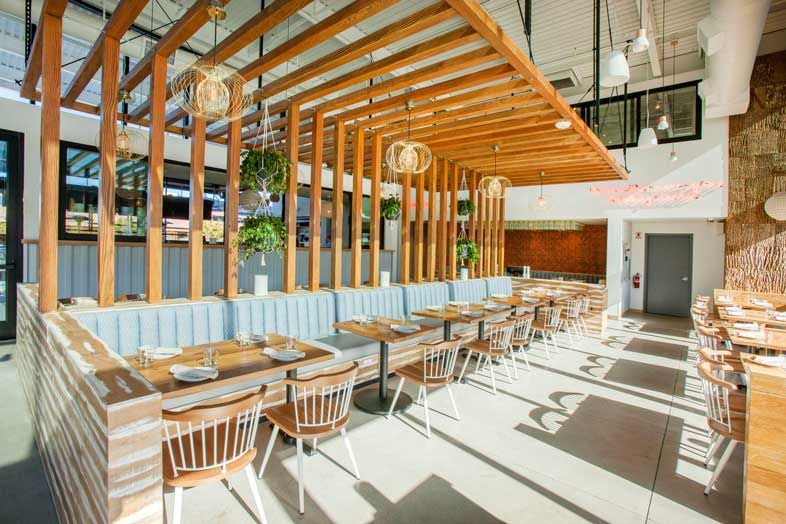 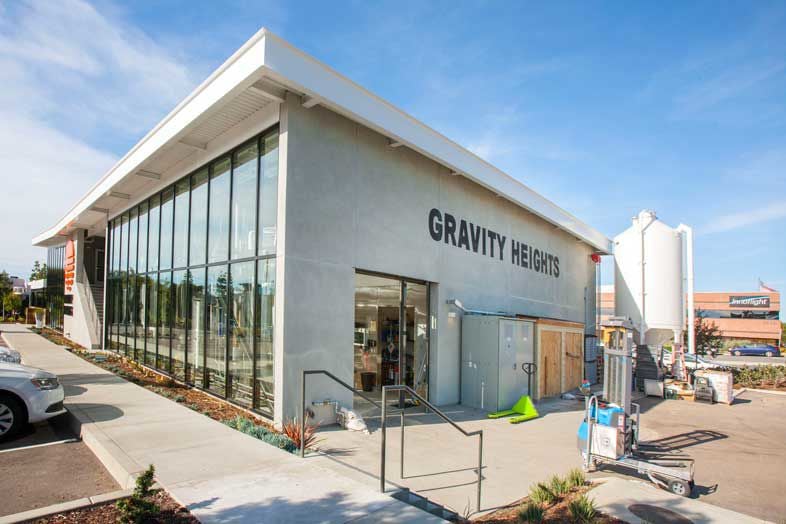 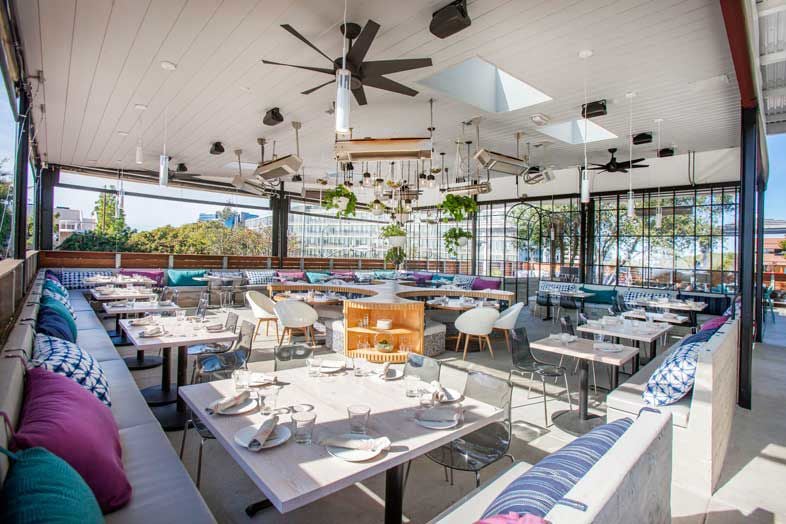 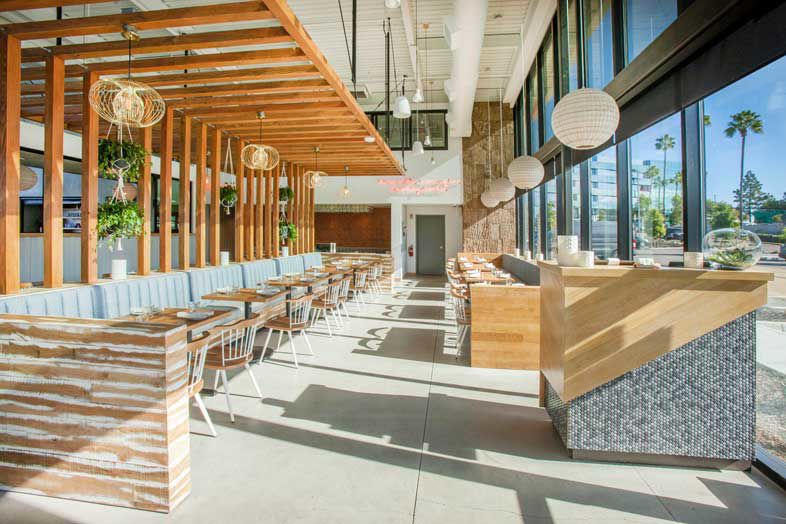 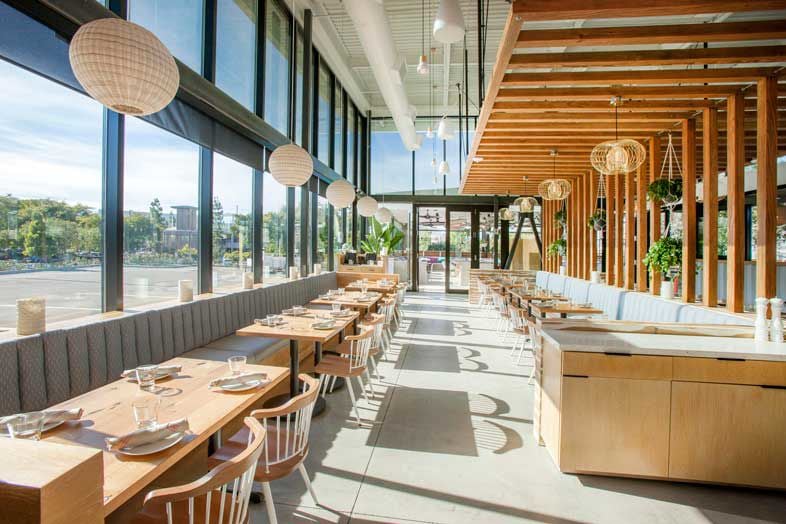 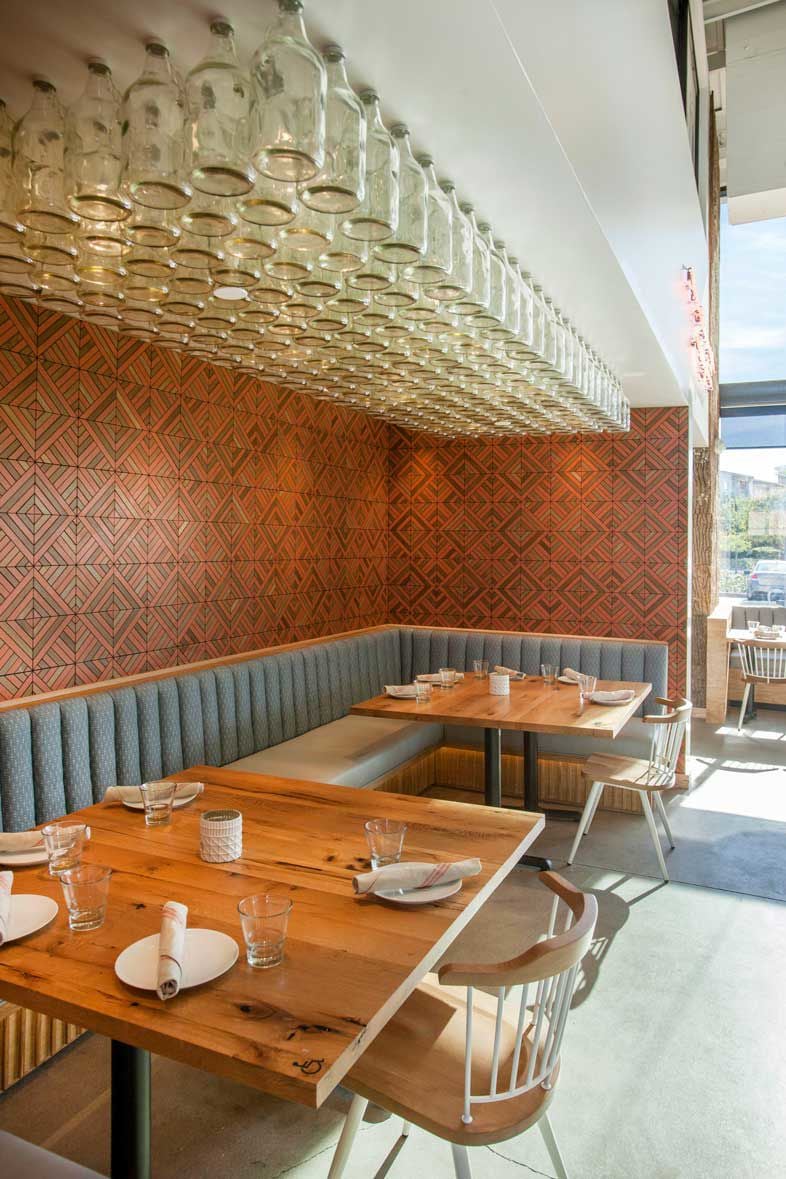 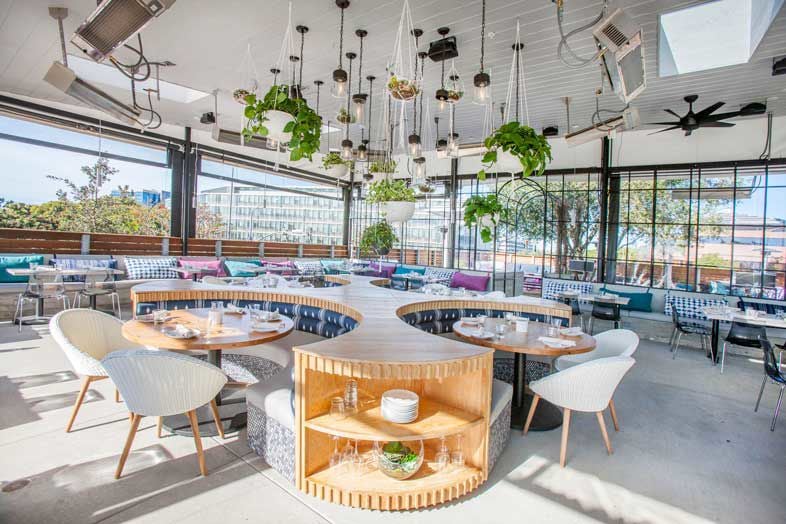 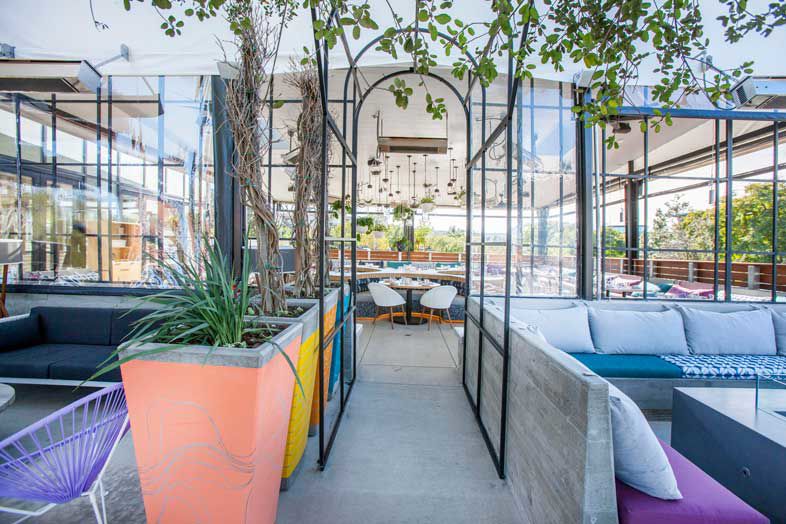 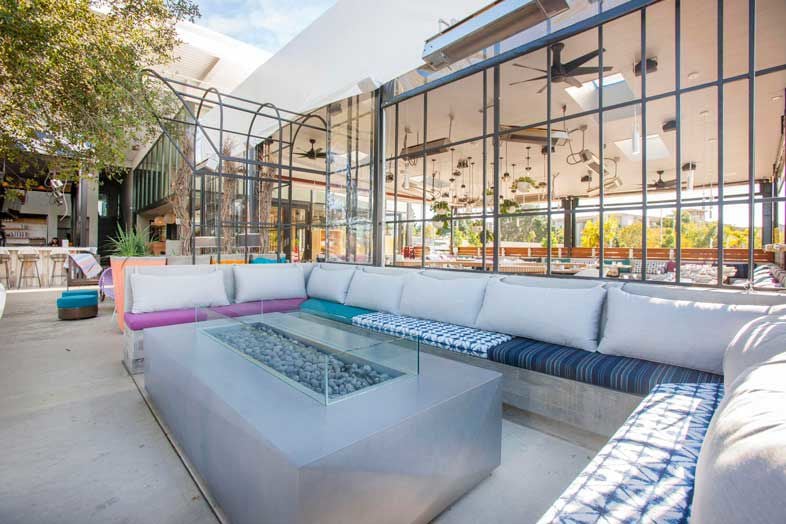 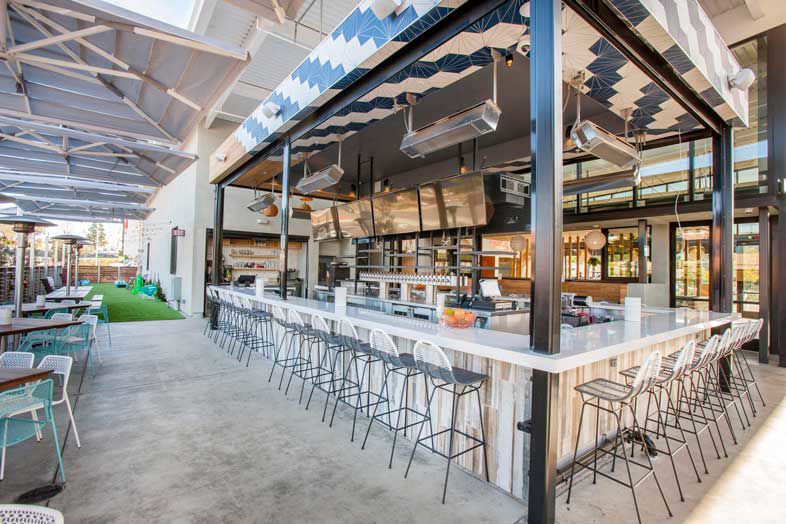 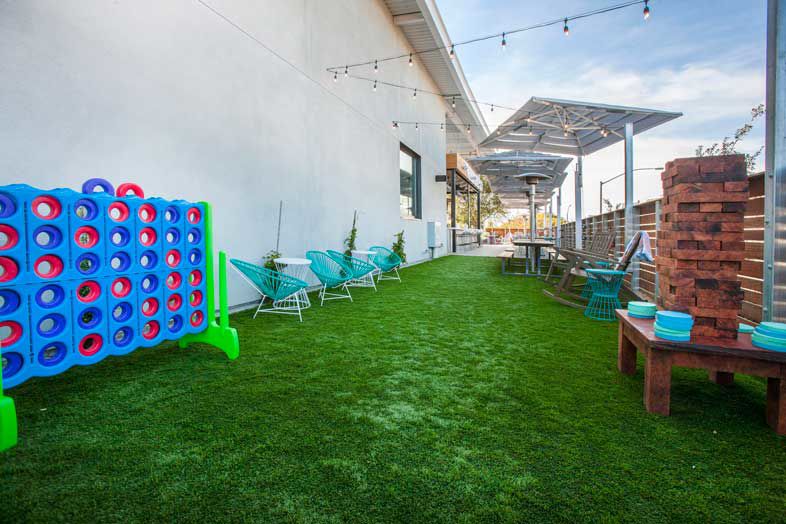 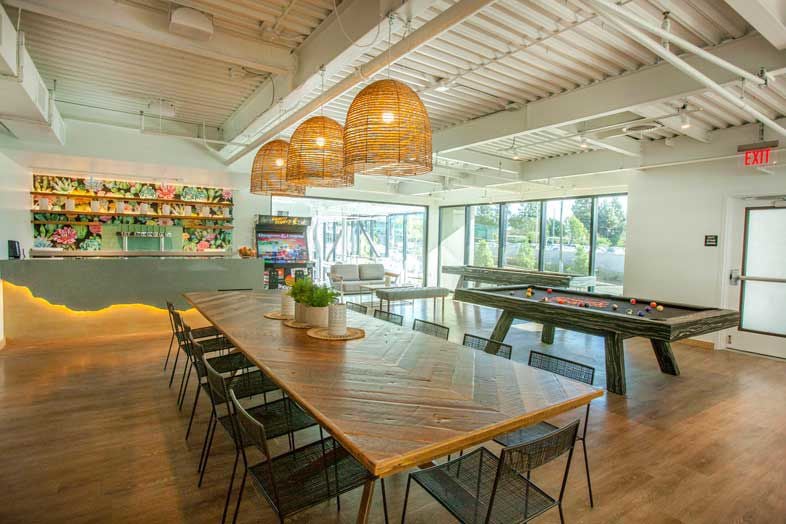 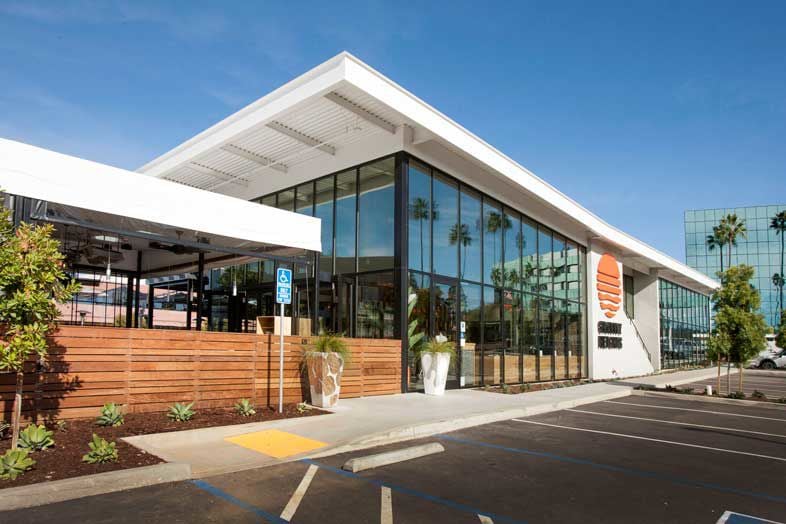 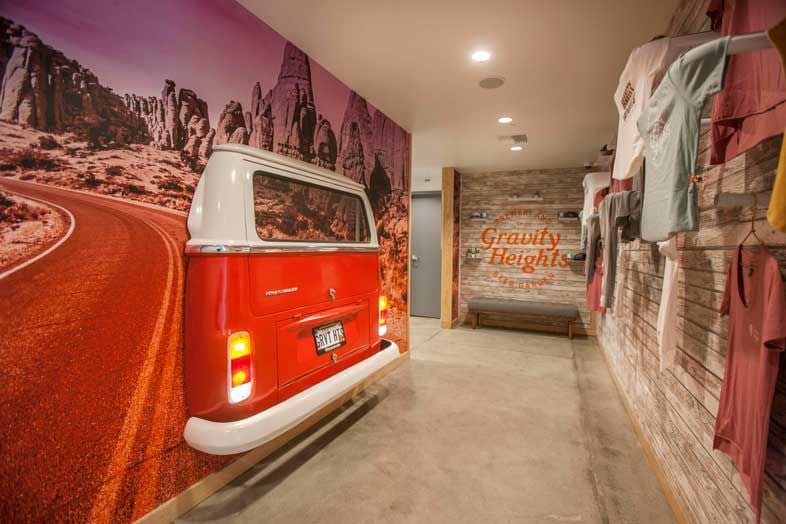 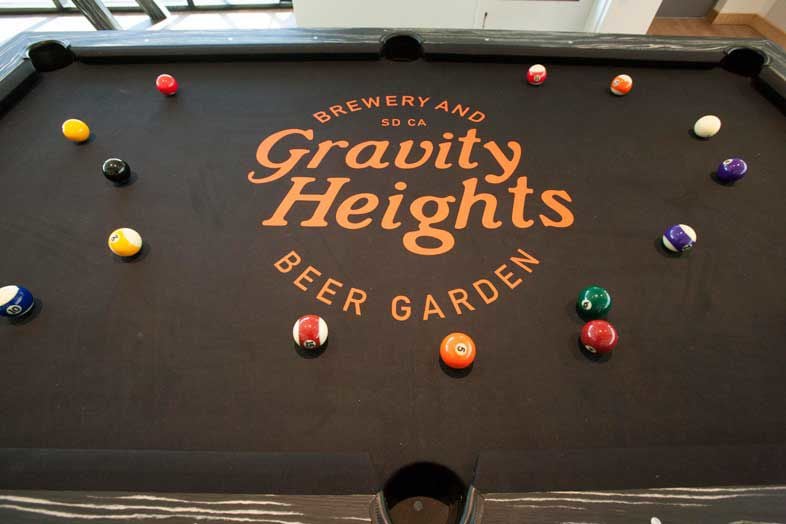 Opening nights for restaurants are hallucinogenically magical. Good music plays at the right volume. Cocktails are garnished like runway models, handed out free of charge to every glad hand in attendance. The from-scratch cooking has resulted in eminently Instagrammable bites. The perfect lights make people prettier. Pleasure assaults you. Life is Gatsbyesque and great. And the restaurant owner is upstairs, watching it all unfold, a sobbing wreck.

"I felt like I gave birth and was going through postpartum," says Arturo Kassel about the soft-opening night of Gravity Heights in Sorrento Mesa. "I was on the deck overlooking the service, and I was crying. Like, uncontrollably. It was joy, but also exhaustion. I hadn’t seen my kids in months."

During the final contractions of his new brewpub—an indoor-outdoor space featuring a giant oak tree in the middle of the beer garden to soothe guests with shade, dappled light, and oxygen—he’d worked 28 days straight.

"Certainly not to the pleasure of our superintendent, I happen to be very hands-on," he says. "This was ground-up construction. We turned a parking lot into a 13,000-square-foot brewpub. Building a restaurant is really complicated. Building a brewery is a lot of work. Building a brewpub is complexity squared."

Gravity Heights is exciting news on a few fronts. First of all, Kassel’s Whisknladle Hospitality group has a reputation as one of the city’s top restaurant operators (credit Kassel and chef-partner Ryan Johnston, plus good employees). Equally important, it marks the return of iconic craft brewer Skip Virgilio. Virgilio cofounded AleSmith Brewing Co. before selling it in 2002. For the last few years he’d been selling mortgages. He and Kassel met in a garage at a "beer share," where craft beer nerds get drunk on the newest designer suds next to lawnmowers.

"My neighbor Ryan Trim, who's a partner in Gravity Heights, is a Portlandia skit of a beer nerd," explains Kassel. "He throws these beer shares in his garage. To be honest, I dread them. I try to weasel my way out of them because I know how hungover I’m gonna be. Skip was at one. We just started chatting. ‘Oh, hey, you’re the Alesmith guy.’ You have one of those ‘Hey, wouldn’t it be cool’ conversations."

"If you asked me five years ago if I’d have a restaurant in Sorrento Mesa, I’d say you’re nuts," explains Kassel, who made his name with Whisknladle in the mean streets of La Jolla. "There’s nothing sexy about it. But the restaurant industry is a blood sport. As I’ve matured, I’ve learned you have to balance passion with smarts. It’s like being married. In the beginning, it’s all this passion and good sex. Then you start to appreciate different things, smaller things that mean more. In restaurants, that’s demographics and comps. Sorrento is extremely underserved. Within a mile of us there are 20,000 biotech employees. Within three miles, there are 120,000."

He went back to Virgilio. "In the back of my mind," Kassel confides, "I thought, ‘If this falls apart I’m done. I’ve lost all credibility with Skip.’"

Skip was in. So were 43 investors. Gravity Heights was a go.

Why would Kassel ever want to get into the craft beer space in San Diego? Even with Virgilio’s triumphant return—along with well-respected Lost Abbey brewer Tommy Kreamer—the city has an aching glut of craft beer.

"You’re right, the last thing San Diego needs is more good beer," Kassel admits. "However, I think the brewpub experience is missing something. I always find I have to compromise something—service, hospitality, most certainly the food. The quality of product and the ambience aren’t there. They’re serving food as a hook, but they don’t put the same effort into food as they do their beer."

Gravity Heights aims to be a brewpub with an Alice Waters–esque, scratch-cooking kitchen. For the design, Kassel hired Davis Ink to design an ode to sun and surf and skate culture, but not in a hackneyed, Super Bowl–commercial way: "We’re San Diegans. It’s not like you can trademark the sun. But we pay the sunshine tax to live here. We wanted to try and create a brand that acknowledges this flip-flop lifestyle. It’s got zero reclaimed wood, I can tell you that. And zero Edison bulbs. It just feels good. Some of the original ideas had surfboards. We said no, because we’re not going after the Monster Energy drink crowd."

What they did go after was a magical oak tree to anchor their 5,000-square-foot beer garden. They spent $30,000 on it. And then they nearly killed it.

"Oh, man, this thing," Kassel says, suggesting it played some part in his opening-night tears. "I spent hours and hours and hours wrapping them in LED lights and half of them failed and now I’ve got to have someone come in and do it right. For whatever reason, all the drainage on the patio went toward the tree. This is the wettest winter in a long time. So you’ve got $30,000 invested in an oak tree and now you’re drowning it. We’ve got to get all this water out and reverse-engineer the problem. Of course, no one will realize this. People take ambience for granted. I know I do. When was the last time I walked into a movie theater and said, ‘Wow, someone had to work really hard to make this?’ I just walk in and say, ‘Yo, what theater is my movie in?’"

For food, Ryan Johnston’s team was allowed to get a little more playful. A little less serious than Whisnkladle. "This took some selling to Ryan," says Kassel. "It was like, ‘Look, you’re so used to doing Alice Waters, Chez Panisse style. Clearly Alice Waters must eat a bacon cheeseburger or nachos sometimes. We saw this as an opportunity to have a little more fun. Food is often taken so damn seriously. If we’re going to do pub fare, let’s do it right. If we’re going to make wings, let’s make the best goddamn wings we can. We’re applying the same from-scratch philosophy. I’ve yet to see a big Sysco truck pull up. We’re not just assembling or heating food like a lot of restaurants."

The beer will be whatever Virgilio and Kreamer come up with. They’re not planning on selling Gravity Heights beer retail, which will keep the 15-barrel system and 25 taps focused on the small-batch. "Since our model isn’t to go retail, it completely frees them up to not ever have to brew the same beer twice—and that’s something," says Kassel. "Do we have three or four IPAs? Yes. Do we have a hazy IPA? Yes. But we have an altbier and a dry Irish stout. We have some of the more esoteric stuff, and we can get more creative."