You are the owner of this article.
Edit Article Add New Article
You have permission to edit this article.
Edit
Welcome, Guest
Subscribe
San Diego Mag
Home
Restaurants
Things to Do
Neighborhoods
Outdoors
Getaways
Guides
People
Magazine
Directories
Charities
Share This
1 of 13 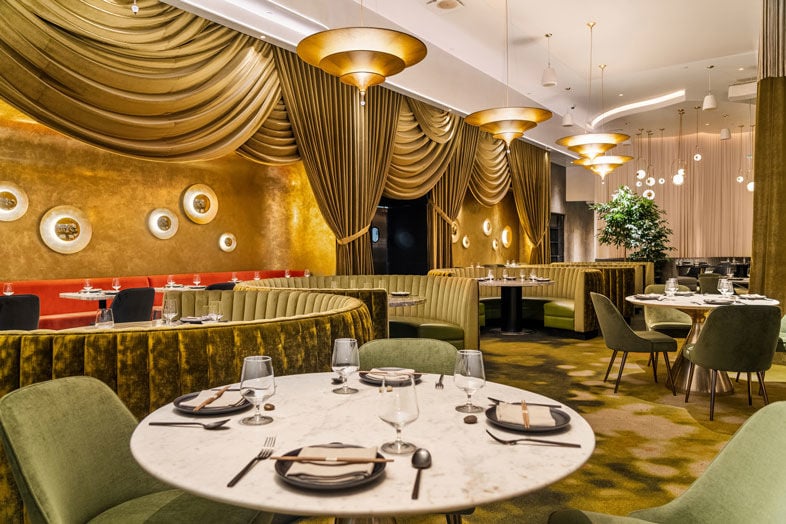 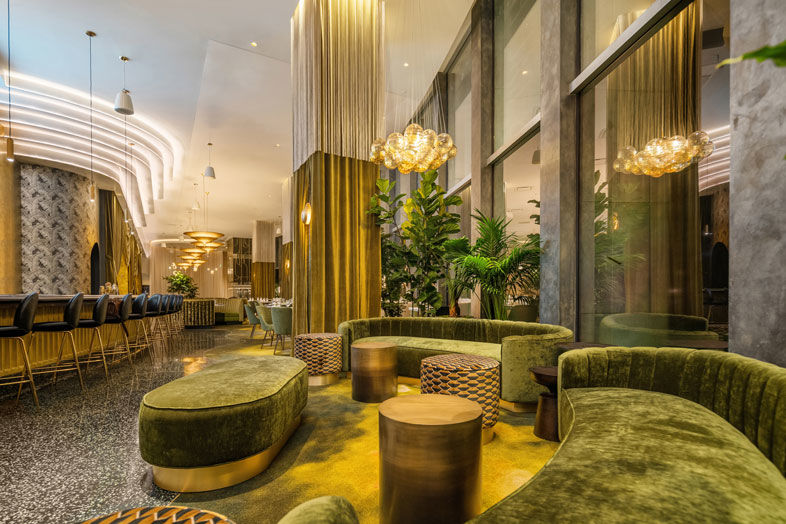 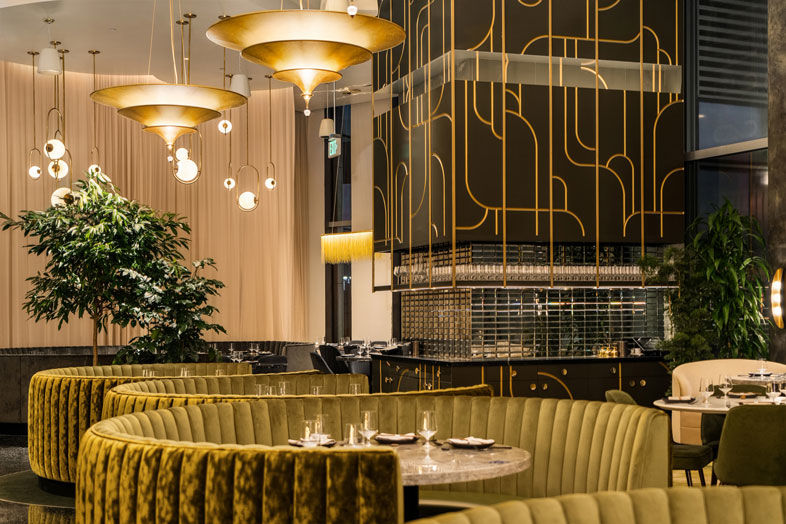 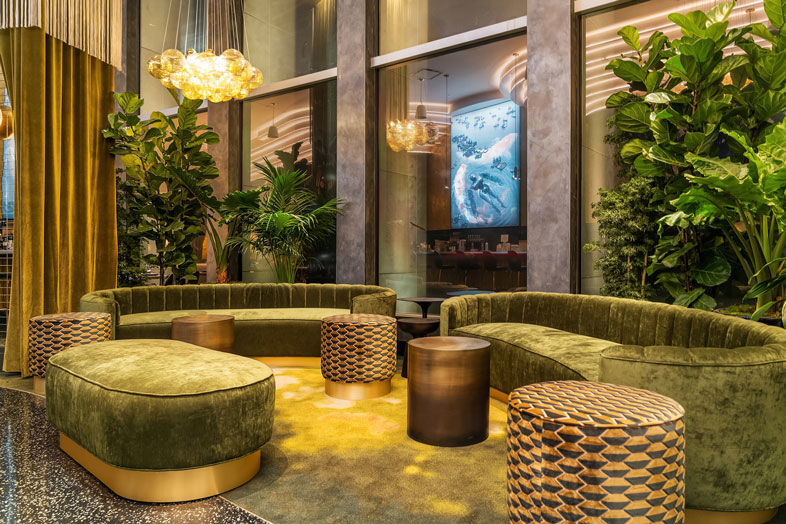 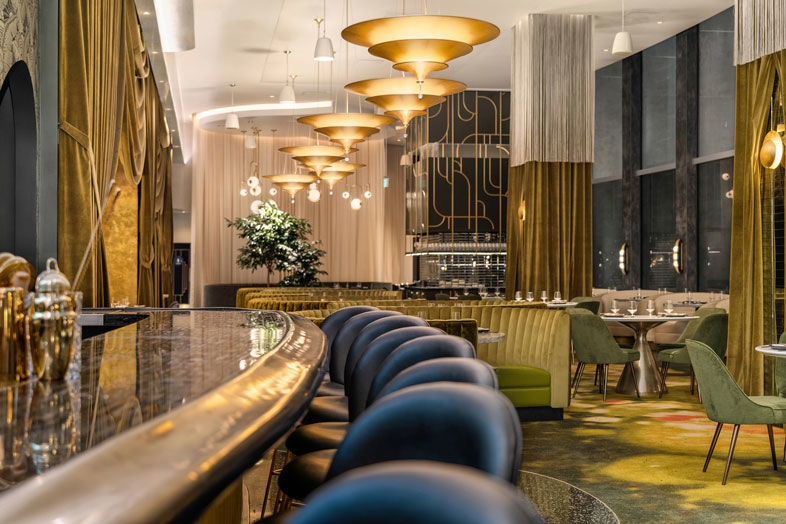 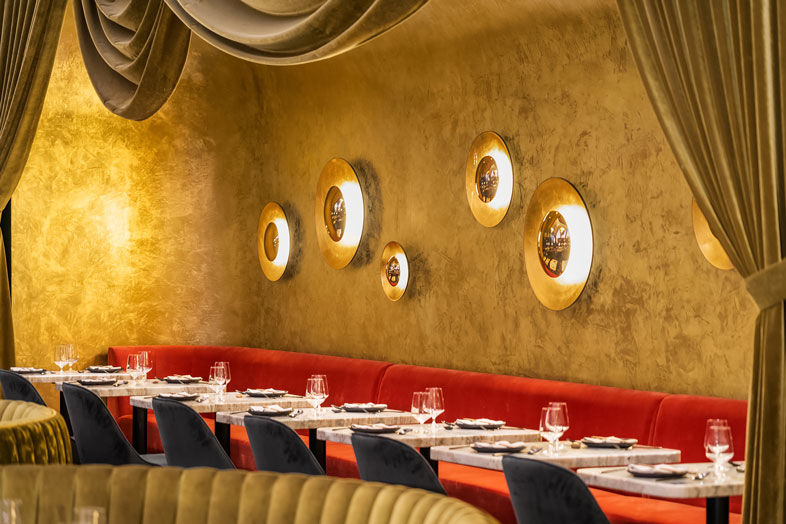 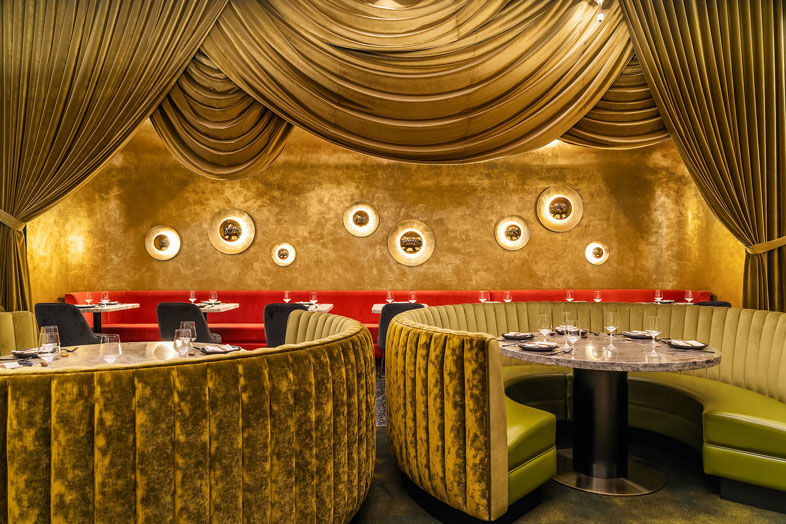 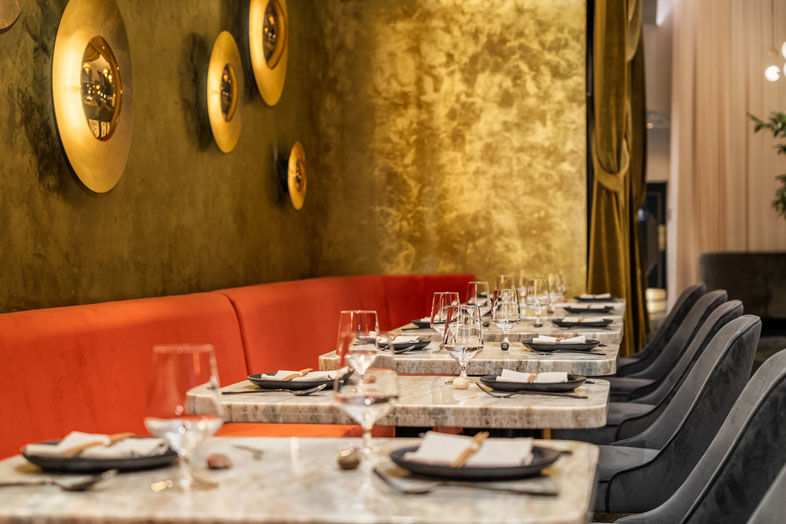 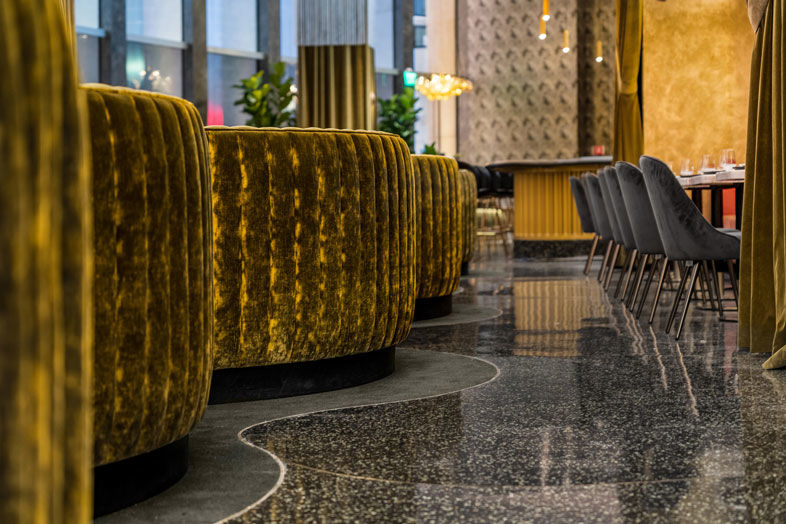 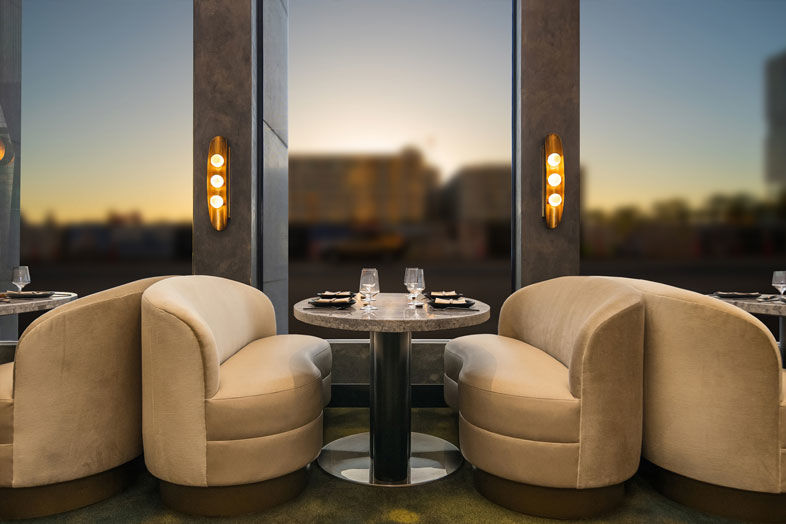 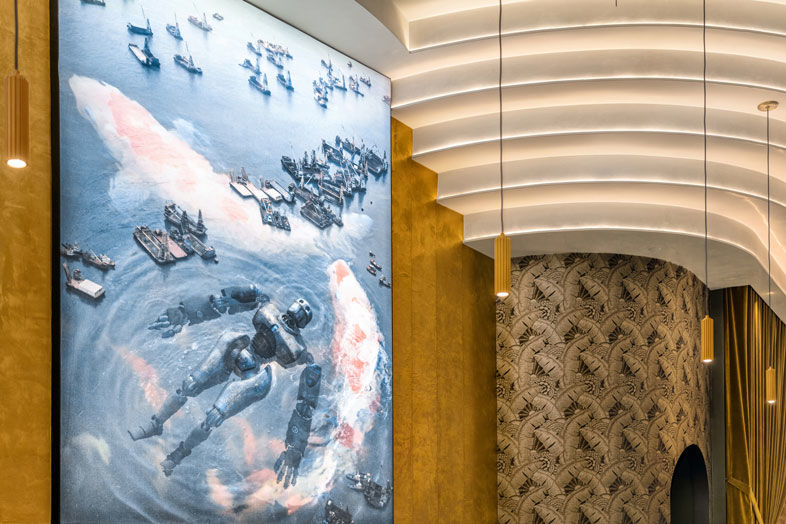 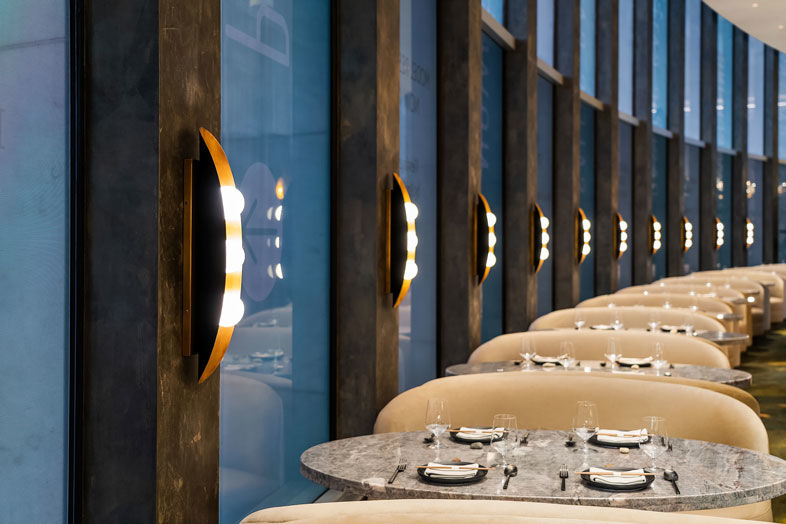 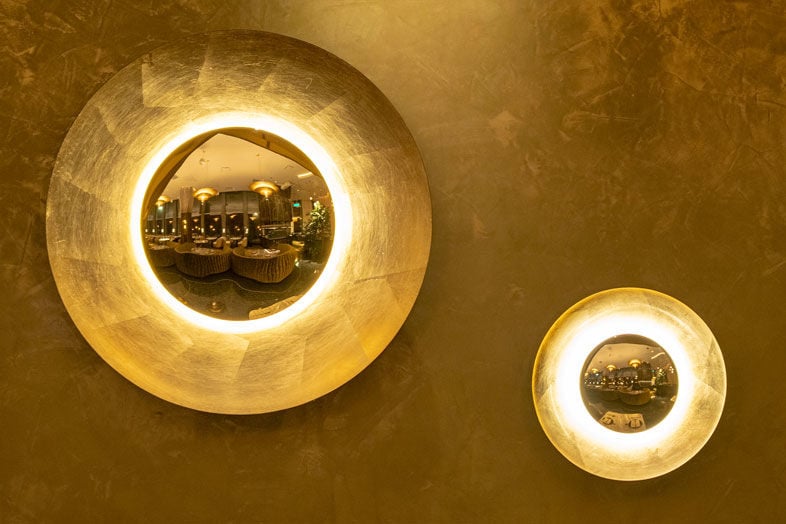 When chef Brian Malarkey and partner Chris Puffer opened the massive Little Italy restaurant, their name had taken a bit of a hit. Malarkey had risen to prominence through Top Chef and the "fabric" restaurants, Searsucker and Herringbone. Then those were sold to Hakkasan, and the duo found themselves adrift. Herb & Wood was the first major project of their own (with plenty of investors), and Malarkey’s not shy about saying it was a redemption project.

"The fabric restaurants were good but not that good," Malarkey says. "It took a bit for us to resolidify and attract talent after that."

With chef Shane McIntyre (who recently left), cocktail man Willem Van Leuven and pastry chef Adrian Mendoza, Herb & Wood became one of those runaway successes restaurateurs dream about. A successful chef once told me, "There is no money in restaurants unless you do a simple concept and do 20 of them, or do a multimillion-dollar place like Malarkey."

"I never thought I was the most talented chef in the kitchen," says Malarkey. "The other day I looked around and it was like a chef university, a culinary think tank. We had Joe Magnanelli [formerly the longtime chef of Cucina Urbana], Carlos Anthony [Herb & Wood chef], Mike Ground [former exec chef at Patio Group], Sara [ex-Searsucker], Adrian Mendoza, and a couple guys Joe brought over from Nobu. We’re to look back on this as one of the greatest moments of our lives."

That think tank has been brainstorming and tweaking the menu for Animae—a 9,300 square-foot, $5.5 million art deco-ish restaurant on the bottom floor of Pacific Gate by Bosa, an ultra-luxury condo development in the Embarcadero Marina. It opens Sept. 20, with Magnanelli at the reigns as exec chef and partner. Later this year, Harris will head up the next Puffer Malarkey concept, Herb & Sea in Encinitas.

Animae is a coal-fired pan-Asian concept, which may seem a stretch for Magnanelli, who for a decade was known for his Italian food at Urban Kitchen Group. But we no longer call it "fusion," because everything has been fused. Chef pantries look like excessively stamped passports, with everything from thyme to za’atar to furikake. Even mom and pop shops are using fish sauce these days.

If you build a fancy restaurant and you don’t pay your people, you’re going to fail. - Brian Malarkey

Plus, Malarkey says of Magninelli, "I could walk into any restaurant in Urban Kitchen Group, order one of his dishes, and it would taste exactly the same. He’s not just good, he’s consistently good. I wish I could walk into my own restaurants and say the same thing."

Animae will fit between 170-190 people. Craft cocktails will be handled by Adam Ono (ex-Yeast of Eden, Bourbon & Branch). Like Herb & Wood, it will have an adjacent coffee shop with to-go food from the Animae kitchen. At night, they’ll transform the area into an event space.

I asked Malarkey a few tough questions on the eve of his open:

You’re running marathons. You look kind of ripped. Helping with the stress?

Whenever I do a new opening, I get really intense and in shape. When you’re playing with a lot of money you gotta be real responsible and focused. To the investors, but also to your wife and kids. You’ve got to have clarity. Thank god for the Peloton and the healthy eating. I’ve been able to get on the line cooking with Joe and these guys. I’m like Rocky Balboa chasing the chicken.

Embarcadero Marina is in flux. Huge projects in the work, but they’re still a ways off. It’s not a dining destination like Little Italy. Why there, why now?

Really came around with meeting Nat Bosa. He doesn’t have restaurants in his other buildings. He’d eaten dinner at Herb & Wood, came in here casually and said, "I want a premium restaurant, and I don’t want to have problems with the group who runs it, so I’m going to make you a sweetheart deal." He’s so straightforward and honest, so we felt we could be, too. He asked if Animae would do really well there. Puffer and I looked at each other and said, "We have no idea, Nat. We’re either going to kill it, or we’re going to close."

Plus, there’s no foot traffic in the area. Where’d you go to business school? Help me understand.

Herb & Wood and Juniper & Ivy [Richard Blais’ restaurant next door] aren’t in the heart of Little Italy where people walk by and think "Oh, this place is cute." I’d put the number of walk-ins at about 10 a night. The other 300 people are ride-sharing or valeting. Uber and Lyft have has changed our entire industry. Everyone just wants to go out and not worry about having to drive. You don’t need parking, and you can be off the beaten path. Look at Major Domo in L.A. Granted, that’s David Chang. But, still, it’s changed.

Animae is carpeted. Restaurant carpet is gross. Please explain yourself.

It took Puffer a while to talk me into it. We’re getting old. Our hearing’s going. I want to be able to sit across from people and have a great conversation. Plus, it’s the funkiest carpet ever. The whole place is so soft and has giant curtains. We used to be the ones cleaning up warehouses and making super-loud restaurants. Now I think we’re at the forefront of restaurateurs getting back to places you can talk to people.

Why has Herb & Wood done so damn well, and how will that translate to Animae?

Puffer and I were never allowed to have this much talent in the olden days. We no longer have people who tell us what our budgets are. Plus, all of our new GMs and chefs are our business partners. We gave them ownership stake. Ask any young chef or old chef what they want in life and they’re going to say, "I want my own restaurant." Well, now you got it. We’d much rather make less money and sleep at night. That’s helping us get the best talent. We give them budgets that are reasonable, and beautiful venues to work with. If you build a fancy restaurant, and you don’t pay your people, you’re going to fail.

Wrap up the food concept for me in a neat little bow.

Coal-fired, Asian inspired. We’re not doing authentic Asian. There are no rules. So much fun to break them together. Almost every single dish is a mashup of Asian and Mediterranean. It’s incredible steaks, seafood, Asian crudo. Joe has taken his pasta skills and he’s making brothless ramen noodles. Whole roasted duck. Udon lobster dish with shaved parmesan. Whole fried chicken. We’re making our own bao buns.

What’s your contribution to Joe’s menu?

Joe got more into Chinese flavors that are rich and bold. All I wanted was Thai and Japanese, super light with acid and spice. So I’m the guy who runs around putting a bunch of herbs and salt on everything.