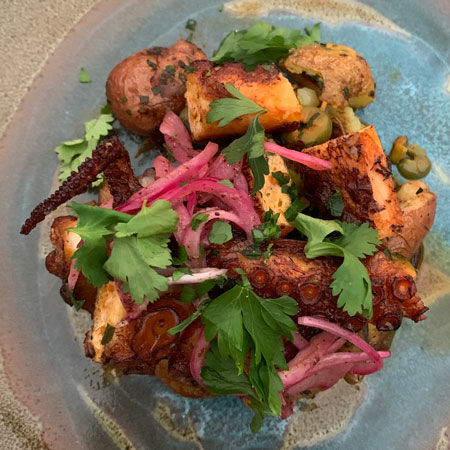 Octopus at Serea eat this drink that 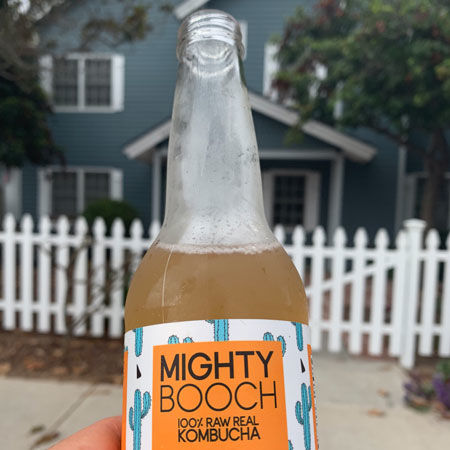 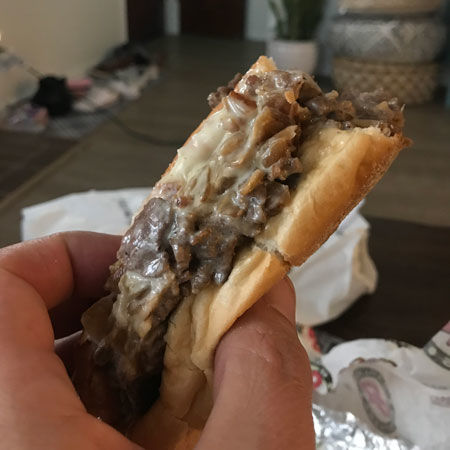 Octopus isn’t for the weak of heart, or the weak of cook. The tentacles are the delicacy, and they come out of the water about as succulent as Kevlar. They must be coaxed into tenderness, whether massaged or slowly simmered into submission. Then, to really make magic, they’ve got to be crisped on the plancha or grill without drying them out. No surprise that Serea chef JoJo Ruiz manages the balance, the tentacles lightly charred and seasoned with the lemony spice, sumac, and topped with an electric-red chimichurri. It’s shocking that an institution like Hotel Del Coronado—which has decades of established purveyors they buy from—is letting the chef change all that, buying nothing but the most sustainable and freshest catch available. It’s a win for ethics and for your plate.

As I expressed in this love letter, I am as smitten with kombucha as I am grossed out by it. It’s become my soda replacement, a lightly sweetened, fermented, carbonated tea that’s reportedly good for your gut. I do a lot to my gut. I put it through many trials, many tribulations. And so I try to apologize with kombucha. And this San Diego brand—now available in 20-plus stores, from Coffee & Tea Collective to Bottlecraft, Pizza Port, Pannikin, Boney’s Market, Seaside Market, etc.—has a good balance of carbonation and sweetness (not too much, not too little so that it tastes like vinegar). The California Citrus is especially good, a combination of orange, lemon, and lime juices and a fairly low 6 grams of sugar per serving. The company’s owned by Solana Beach-based husband-and-wife duo, J.P. and Kate Franklin.

It’s easy to forget the old standbys. Gaglione Brothers is a San Diego success story, thriving in the Philly cheesesteak arts. Because smaller, seemingly more artisanal cheesesteak shops have opened, I figured Gags would start lagging behind, stuck in an old recipe and unable to evolve because they’ve grown so large as a company. But man was I wrong. I tried their Point Loma spot, and though the physical location was a little rundown, that cheesesteak is still moan-worthy, crispy-moist scraps of steak drowned in either Swiss or processed cheese spread, with chewy bread that absorbs all the juices like a French dip. One of the better inexpensive carnivore catnips in town, and a hangover cure for the ages.