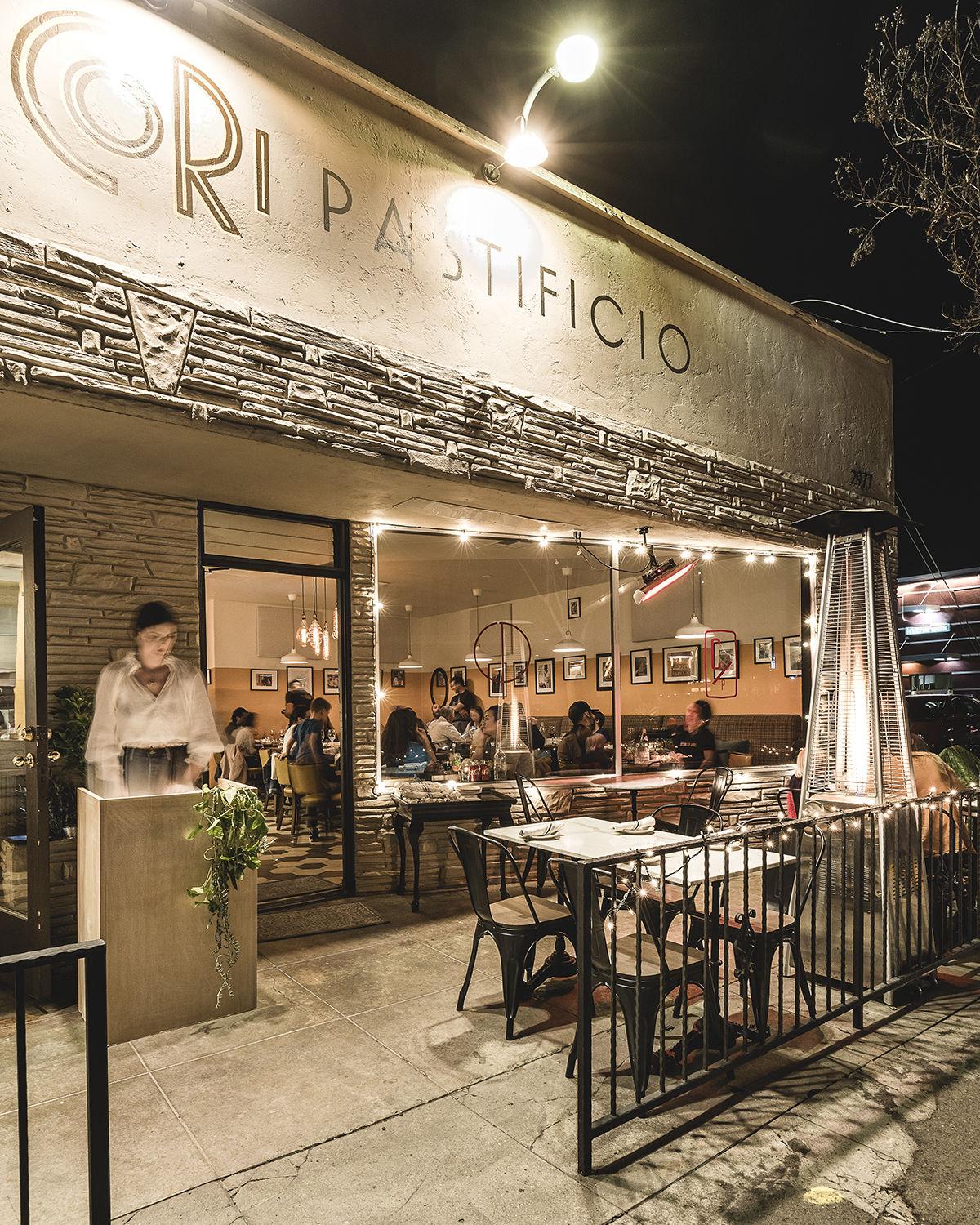 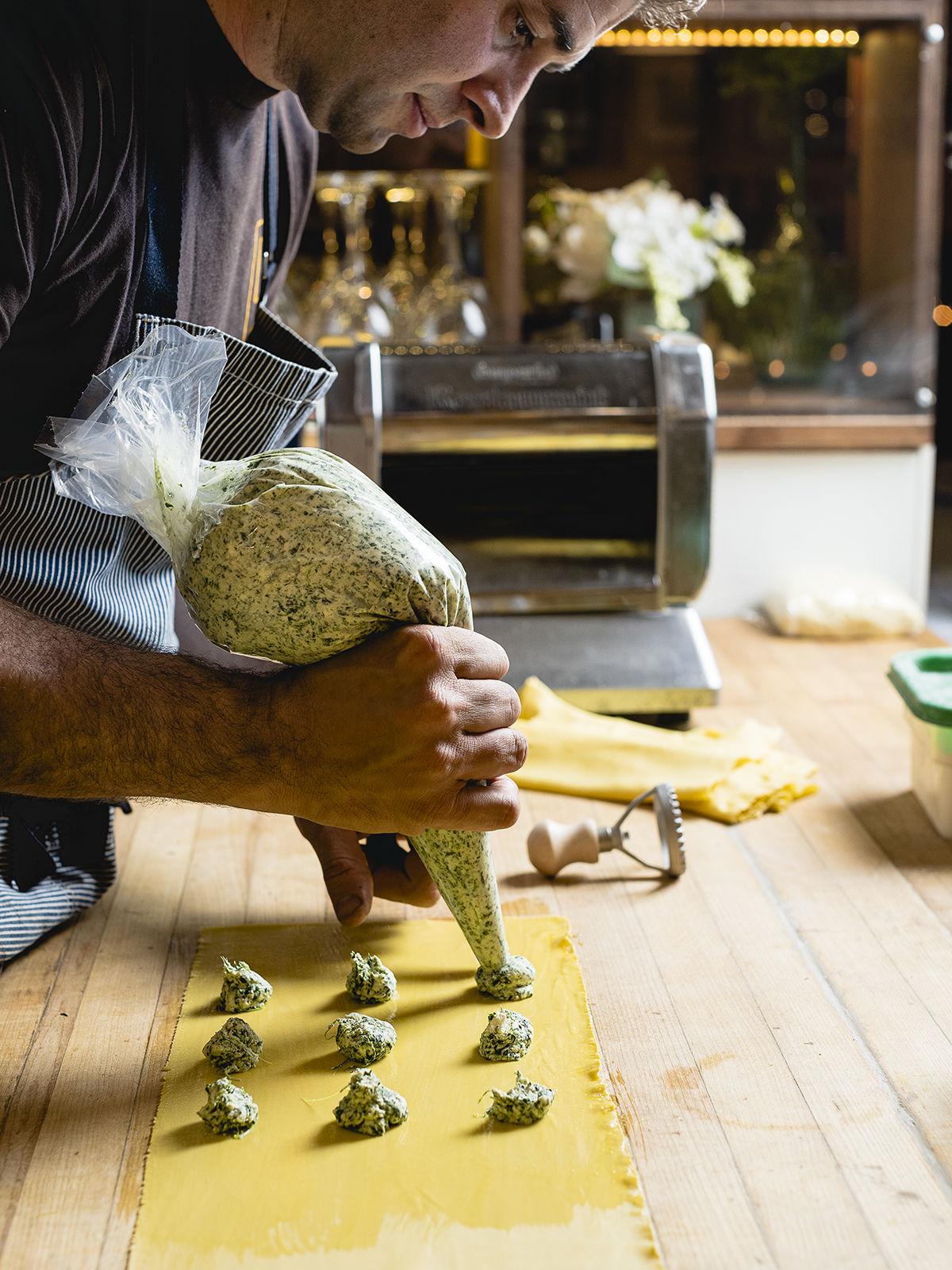 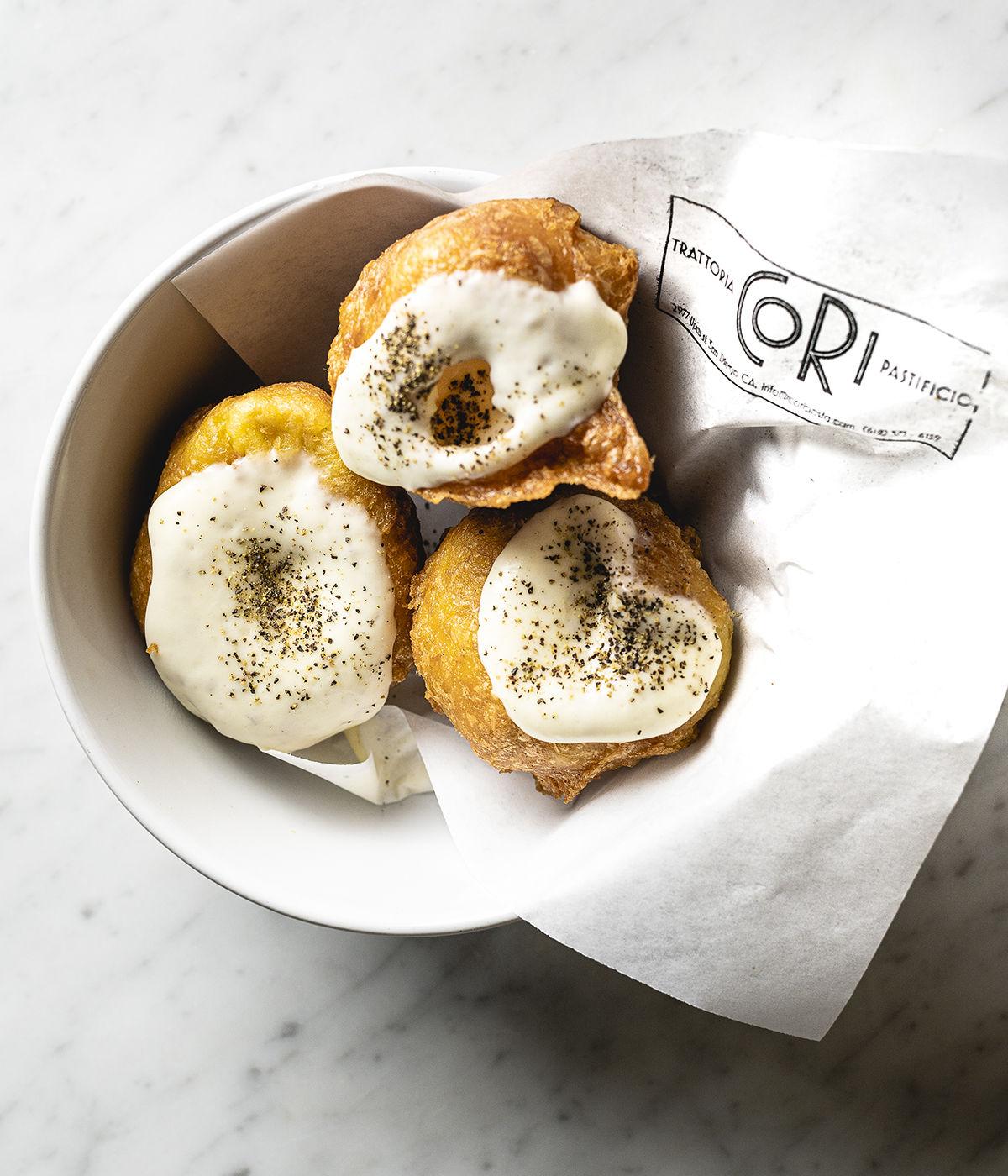 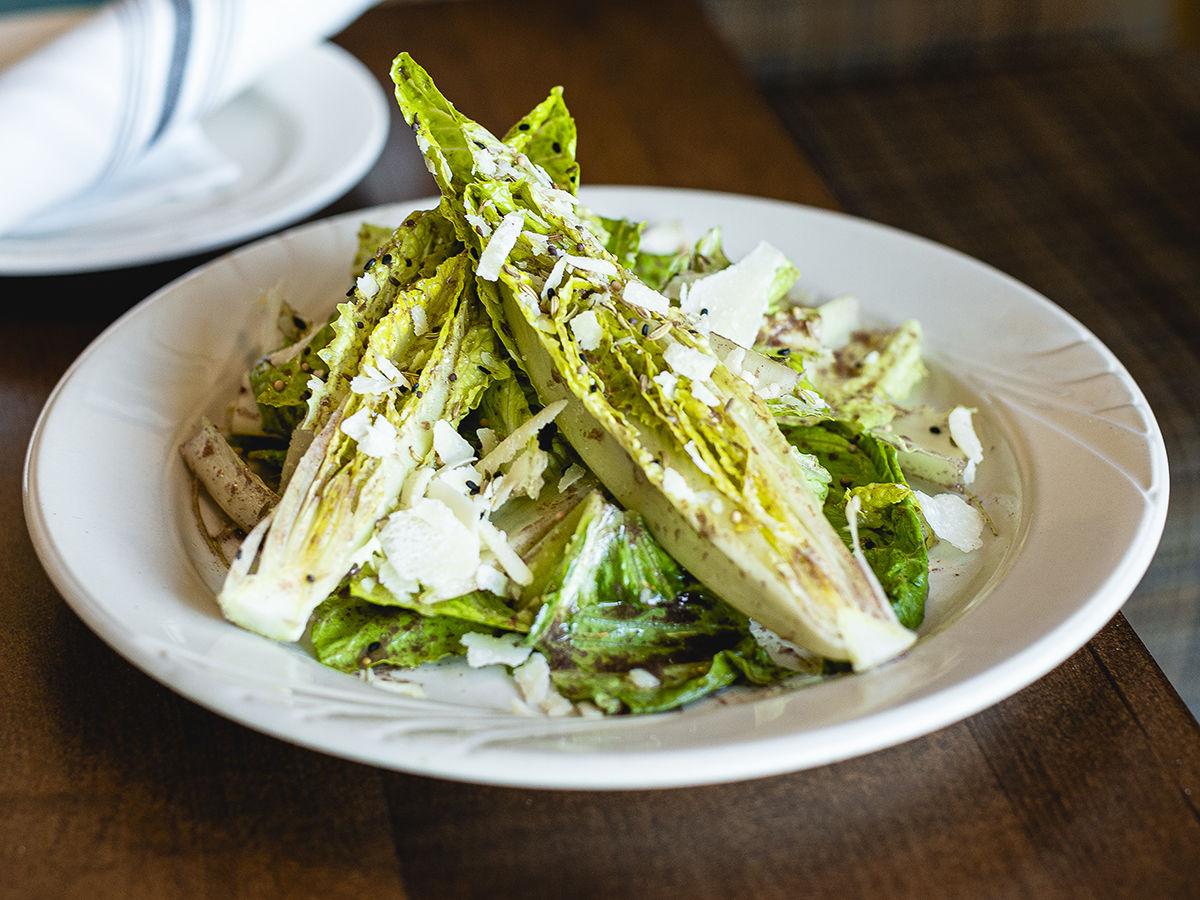 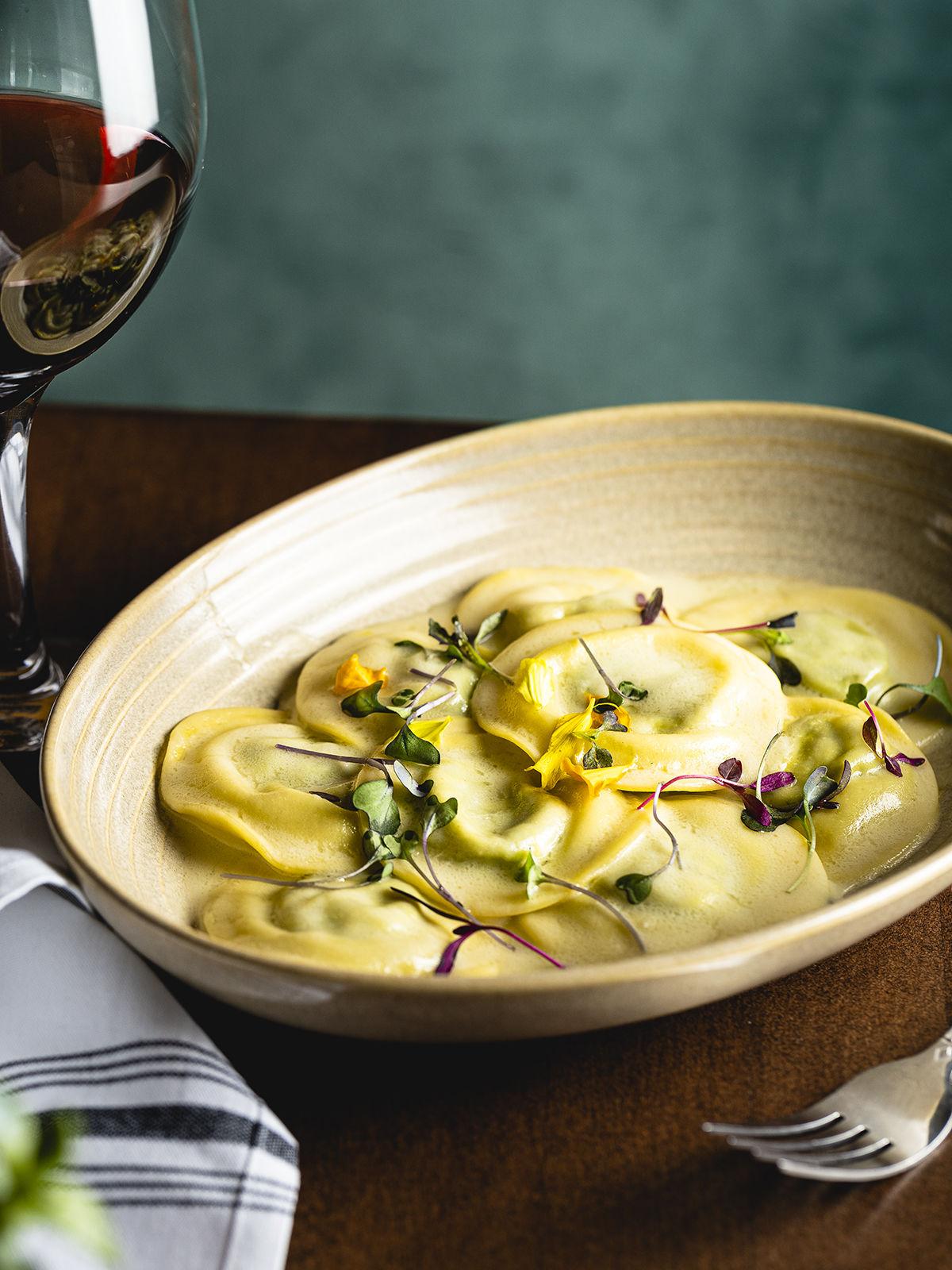 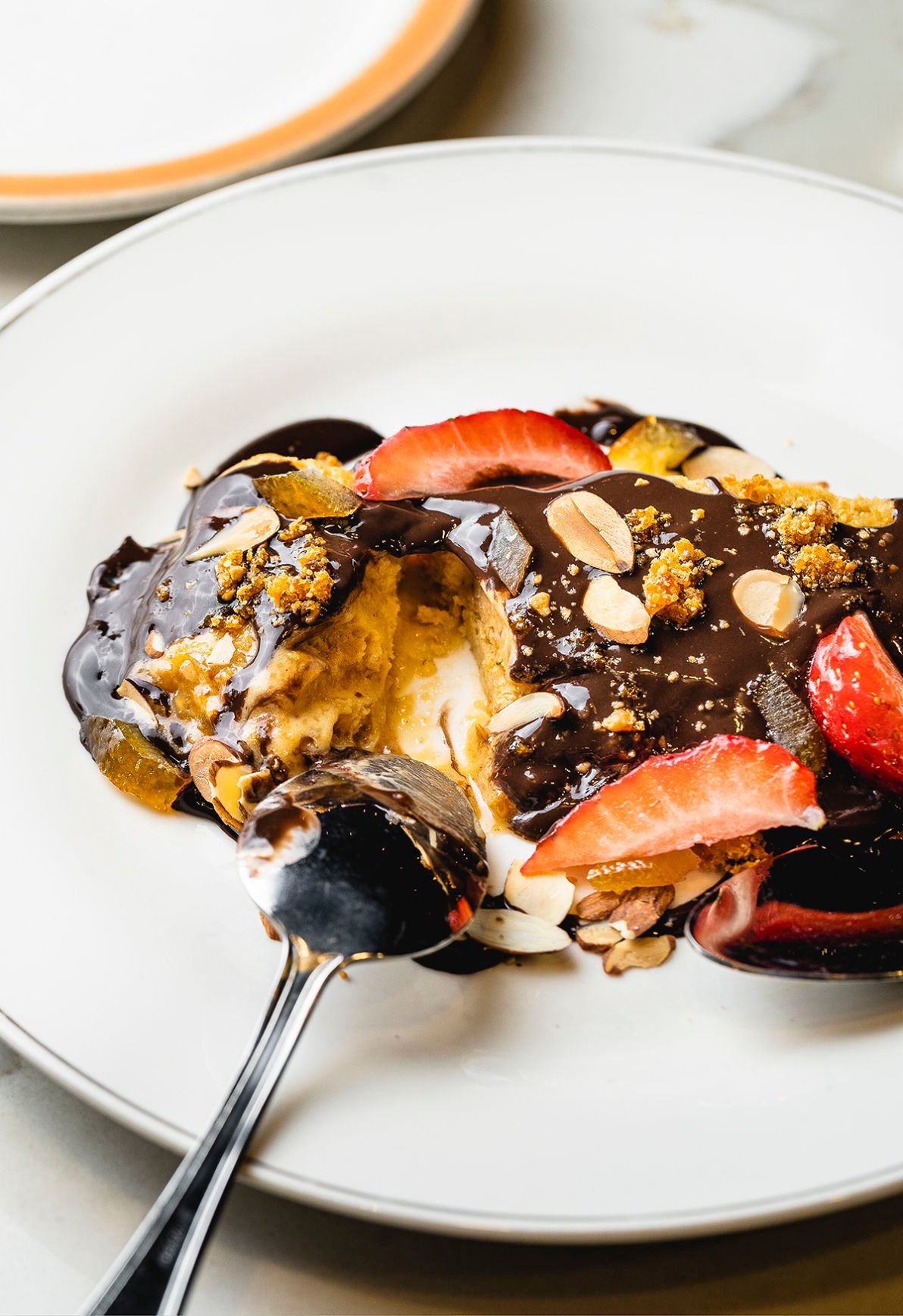 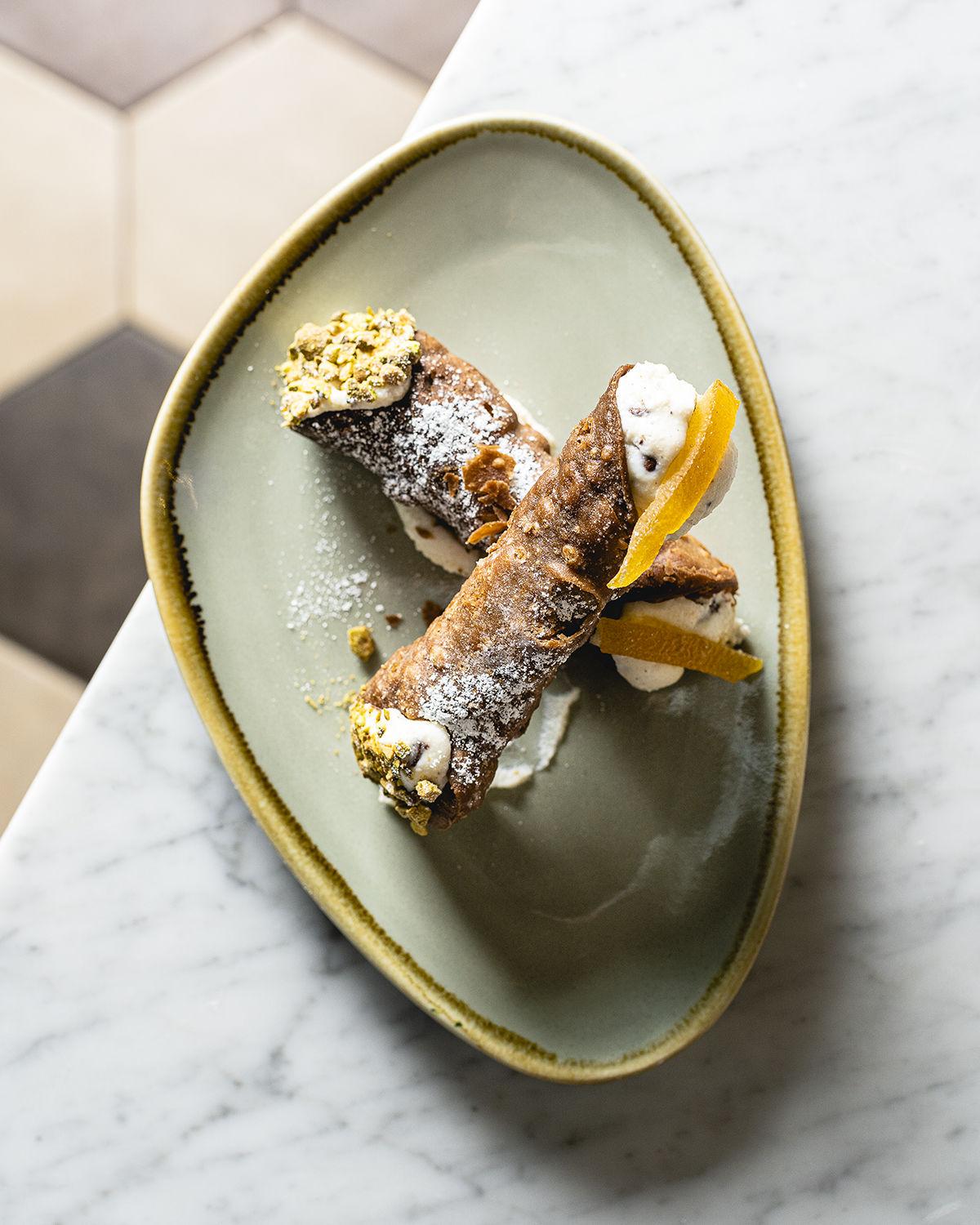 Cannoli made from the chef’s grandmother’s recipe 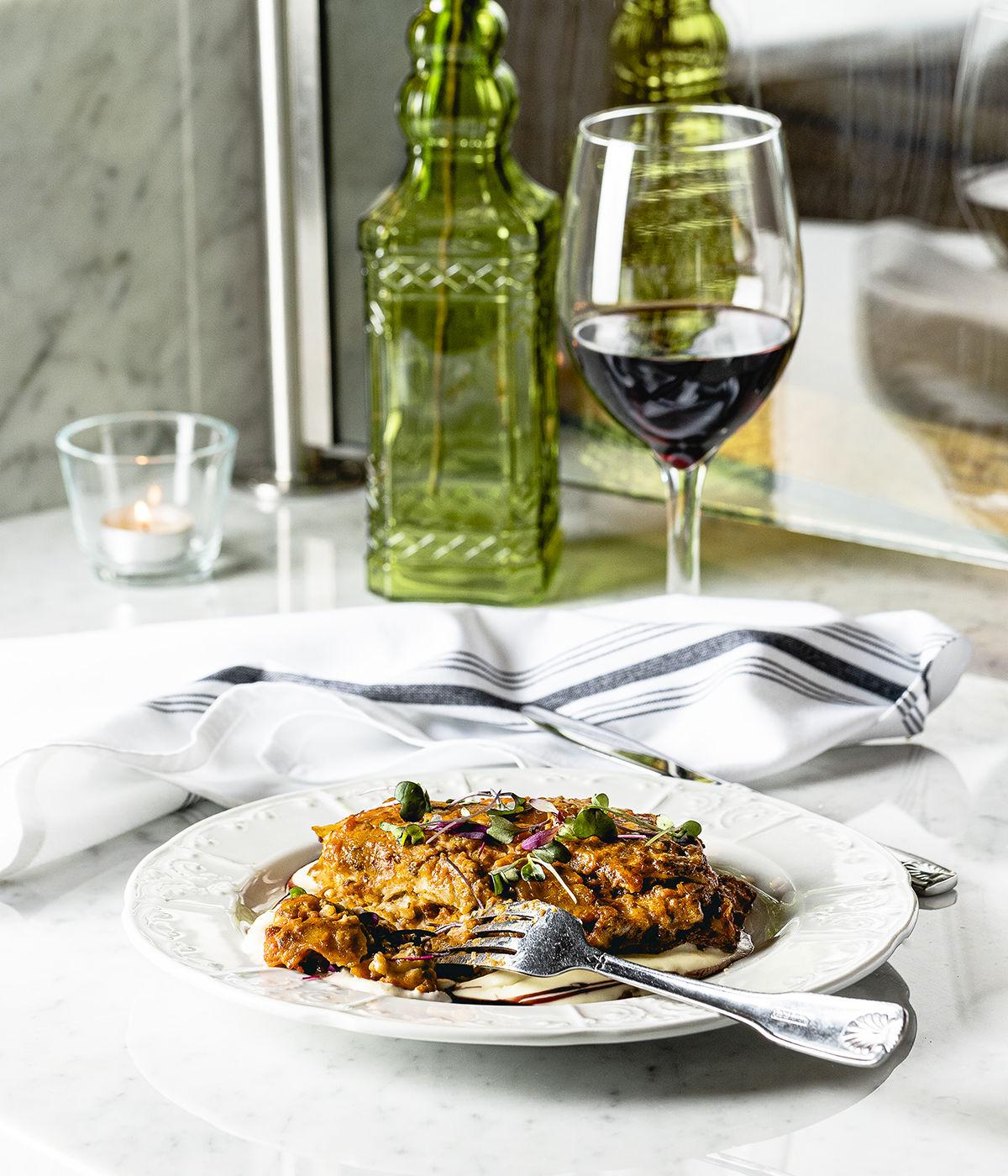 Lasagna with beef and pork Bolognese, béchamel and Parmigiano-Reggiano

This review was written before the pandemic hit. Seeing the tragic effects of COVID-19 on our restaurant community, right now is not the place nor time to go quibbling about the doneness of a steak. Restaurants need our help, not our critical analysis of their panna cotta. (Please read this letter to restaurant diners if you haven't already). As a longtime food writer, part of my job is to review restaurants. I feel I've always been fair and honest and never used this position as a bully pulpit for personal issues. But I am having an existential moment, grappling with the value and function of critiquing small business owners. I believe cultural criticism—when done with heart, humor, empathy, knowledge, and research—can shed real light on the discussion of who we are. But I also believe there is a better, more nuanced way for this new age. Anyway, that's what I'm working on right now, among other, more pressing cultural matters. Look forward to sharing the evolution of how I practice my trade as I come to it. And luckily, this one was of a tiny place I truly enjoyed. As always, thanks for reading.—Troy

One thing I know in this life: If I love a song on the very first listen, I will end up being annoyed by that song. Those songs are almost always big and showy, with all the bells and whistles and cliches of pop song craft. The joy of bells and whistles is, by design, fleeting. A sustained whistle is a terrible one. My favorite songs—the ones I’ll hum while jamming the tennis balls onto my walker one day—have subtler charms, tucked and layered, revealed over time.

Noise: The kitchen is in the same room as you, so you can get loud

So, yeah. Trattoria Cori Pastificio is not immediately spellbinding. It is the humble apotheosis of a can of paint, some wicker, and design reclamation (the circular patio tables are from the dearly departed Café Chloe, the dining room chairs from longtime North Park Italian restaurant Paesano). But stick around and it starts to enchant. That’s what good Italian trattorias do.

About halfway through your first or third meal you’ll feel it. Maybe it’s the lasagna, simple as grade school math, yet somehow the two-plus-two of its Bolognese and béchamel equals 100. Maybe it’s the hipster-Rockwellian bonhomie of that family over there, the man dressed to chill with his craft beer, the woman in silk with her Sicilian wine you won’t find many places, their eight-year-old in playground attire unselfconsciously slurping a plate of spaghetti. All dressed for different life moods, and none of them rushed or out of place. Maybe it’s watching chef-owner Accursio Lota greet every guest like a well regarded cousin returning home from missionary work.

Or maybe it’s the 1966 art show at the Jewish Museum in New York. That show, called Primary Structures, was the first American exhibit of the style known as minimalism. Up to that point, the stateside art world had been dominated by bright, bold, expressive works of abstract expressionism (Pollock’s murderous splatters, de Kooning’s smeary portraits). Minimalism was the polar response—a stripped-down art that focused on the simple and necessary.

San Diego restaurants have been going through their maximalist phase for the past few years. At Morning Glory in Little Italy, a 30-foot neon pink flower lords over the blush-and-gold dining room. Herb & Wood built a fake house inside itself. Every new arrival has Instagram walls and plant walls and building-size murals and speakeasies and bells, whistles, bloops, and Boomerangs.

That’s not a bad thing. An unstimulated life is a regrettable one. But next to these art projects, Cori Pastificio feels especially simple and necessary. No one selfies here. People eat and drink and talk.

Lota was born and raised in Sicily, attended Italian culinary school, then immigrated to the US in 2007 speaking only basic kitchen English. He cooked at the Four Seasons in Santa Barbara before moving to San Diego and working under Bernard Guillas at The Marine Room. He made his name as the executive chef of the always-underrated Solare Ristorante in Liberty Station (in 2017 he even won a “World Pasta Championship,” put on by global pasta brand Barilla). He and his family had been living in North Park for seven years when the longtime bakery Cardamom Café announced it was closing.

His Sicilian roots are everywhere in Cori Pastificio (“cori” a Sicilian word for heart, “pastificio” a place where fresh pasta is made). The meatballs are his grandmother’s recipe—a veal-beef blend with garlic, softened onions, and Parmigiano-Reggiano, baked in tomato sauce then dusted with pecorino and arugula. The ratio of meat is the important thing; too much beef and the meatballs will split and become dry, which he successfully avoids. While he was growing up, his parents kept a micro-farm of snails beneath the stairwell of the family home, like all parents do. Lota and his cousins would gather snails after each rain, feed them spaghetti to fatten and wild thyme to flavor, and eventually braise them in tomato sauce. You see that childhood memory here in the plump, delicious, nearly stewed escargot with thinly sliced crostini, brushed with Calabrian chile oil. His grandmother sent over some balsamic vinegar from Sicily, which he’s aging himself in a small wooden barrel over the bar and using on specials.

On the wall above the pasta station hangs a collection of tools for making pasta by hand. It looks like an art installation, but you can tell by the flour residue they get used hard every day. Pasta is Lota’s special skill. I’m tempted to say that famously healthy San Diego isn’t a carb town, but no matter how robust our yoga attendance, no food hugs you from the inside quite like a carb does. Carb crimes have been wildly exaggerated by the wellness influencer crowd.

Plus, what good is a good body without a soul? I don’t want wellness without Lota’s frittelle. Frittelle are Italian donuts, a holiday tradition. Instead of showering them with sugar, Lota makes a savory riff on the iconic cacio e pepe—stuffing the light, fried bread pouches with a whipped Pecorino-and-black-pepper cream. Every decent restaurant has a star dish, a food Beyoncé, and this is theirs. Banks don’t give loans to small restaurants—but submit an application with a hot plate of these and they might give you the bank.

About the only thing I might skip at Cori is the ravioli. The pasta is perfect, silken and al dente, pretty to look at. But a ravioli’s heart is the filling, and at the moment Cori’s has a murmur. The escarole-ricotta-spinach one with salted butter and sage either would benefit from bigger flavor (caramelized onions, sautéed mushrooms, zest, something), or for that butter to be browned. It’s like living in the suburbs, comforting and a tad boring.

Most chefs treat dessert like a conscripted service and just shrug their way to a bread pudding. But Lota’s got two that really shine. The first is an almond parfait semifreddo, a dish from Palermo with whipped eggs, sugar, and whipped cream added to an almond brittle. That’s all frozen and smothered with a warm dark chocolate sauce. Then his grandma’s cannoli, crispy air bubbles of cooked dough made with carob flour and stuffed with grainy-sweet ricotta, candied orange zest, and pistachios. Pretty sure no Italian grandmother has ever fully approved of a younger generation’s cannoli, but Grandma Lota might have a hard time disparaging this one with a straight face.

On a stroll, it might be easy to pass by Cori Pastificio. It’s got a smaller sign than The Taco Stand and doesn’t have the fire pits or design sexiness of Underbelly (both located right across the street). But once you hear its song, it’ll stick with you for a long while.